On the eve of the Day of Unity of the Peoples of Belarus and Russia, scientists of the two countries were honoured at the highest level. Aleksandr Lukashenko presented them with the 2021 Union State Award in Science and Technology for the first time. The President emphasised, “Our successes show: the people of Belarus and Russia are united in their goals, bound by strong fraternal ties and the common history. The challenges we are facing today are also common. We have responded and will keep responding to them together”.


In November 2021, the Supreme State Council of the Union State decided to present the science and technology award. Two teams of authors were chosen from 18 works in such areas as machine building, laser technology, space exploration, medicine, biotechnology, materials science, environmental management, agriculture, etc. The award went to scientists who created the Belarusian space system for Earth remote sensing and the Russian-Belarusian orbital constellation of satellites BKA and Kanopus-V, as well as specialists who developed a highly effective electromagnetic protection system, which has no analogues in the world. 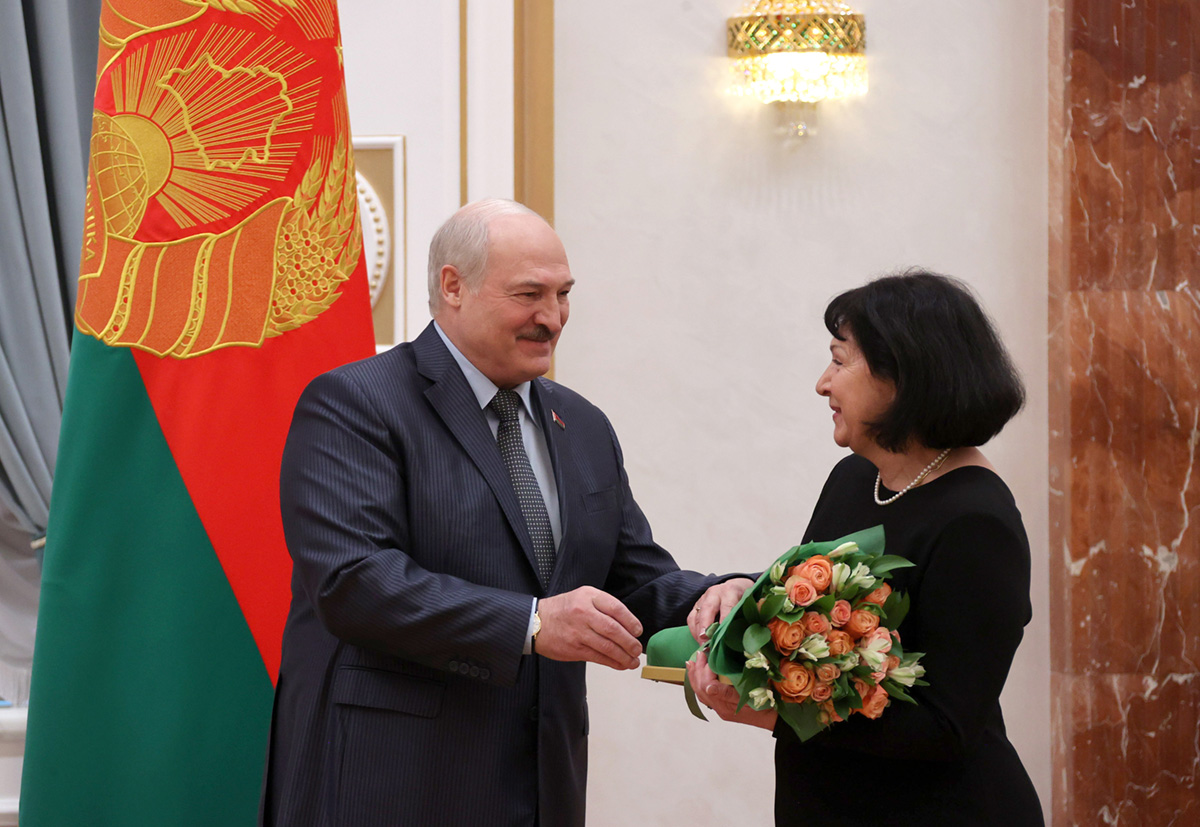 Natalya Borodkova, Senior Researcher at the Space Research Institute of the Russian Academy of Sciences, was awarded the prize for the development and creation of highly effective electromagnetic protection system and a new generation of cosmic radiation flux sensors for space devices with improved performance


Aleksandr Lukashenko shared an interesting fact during the award ceremony. The President recalled that when Belarus was thinking whether it needs to develop the space industry, there were many disputes. Some believed that these studies were not relevant for Belarus,

“But I thought that if we engaged in these ultra-modern technologies such as space, biotechnology, rocket science and nuclear power plant, the IT, this will raise the state and the nation to a higher level of development and pull up a lot of related industries and sectors along. This is exactly what happened.”

The President promised to tell his Russian colleague Vladimir Putin about this award ceremony on the same day in a telephone conversation, “I’ll tell him about the new tradition that we have created... I’m sure it will live on. It will live until there will be winners. I really appreciate traditions. I believe that if there are traditions, then there is a basis for development, a basis for the existence of the State.”


Inventions appear to be on the horizon

Six Belarusians and six Russians received awards that day. The scientists of the two countries worked as a single team on significant Union State programmes. The Head of State noted that the first awards for outstanding results in science and innovative products in the field of space technologies and equipment are an incentive for the further development of intellectual and technological co-operation between Belarus and Russia,

“The journey Belarusian and Russian scientists have made from the idea to the effective implementation of the innovative project is the best indication of the highest degree of mutual trust. We demonstrate that we are absolutely united, not just international, both at the stage of discovery and at the stage of final results.”

The Head of State is con-vinced that it is a great chance for scientists, “You will be in demand more than ever since no politicians, no economy can do it without you, without new technologies and ground-breaking things. We will expand our Union State projects, but we will make them more down-to-earth. Fundamental science has always been important, but we are now extremely in need of applied science.”
Aleksandr Lukashenko also touched upon the topic of unfriendly sanctions. According to the President, Belarus and Russia will be able to successfully resist them, using the existing huge scientific potential,

“Finally, we understood who is who: who are our friends, who are our enemies and who are our partners. Finally, we will use all those forces — Belarusian-Russian power, in order to have our own production. Like the Soviet Union once had. Only at a higher technological level.” 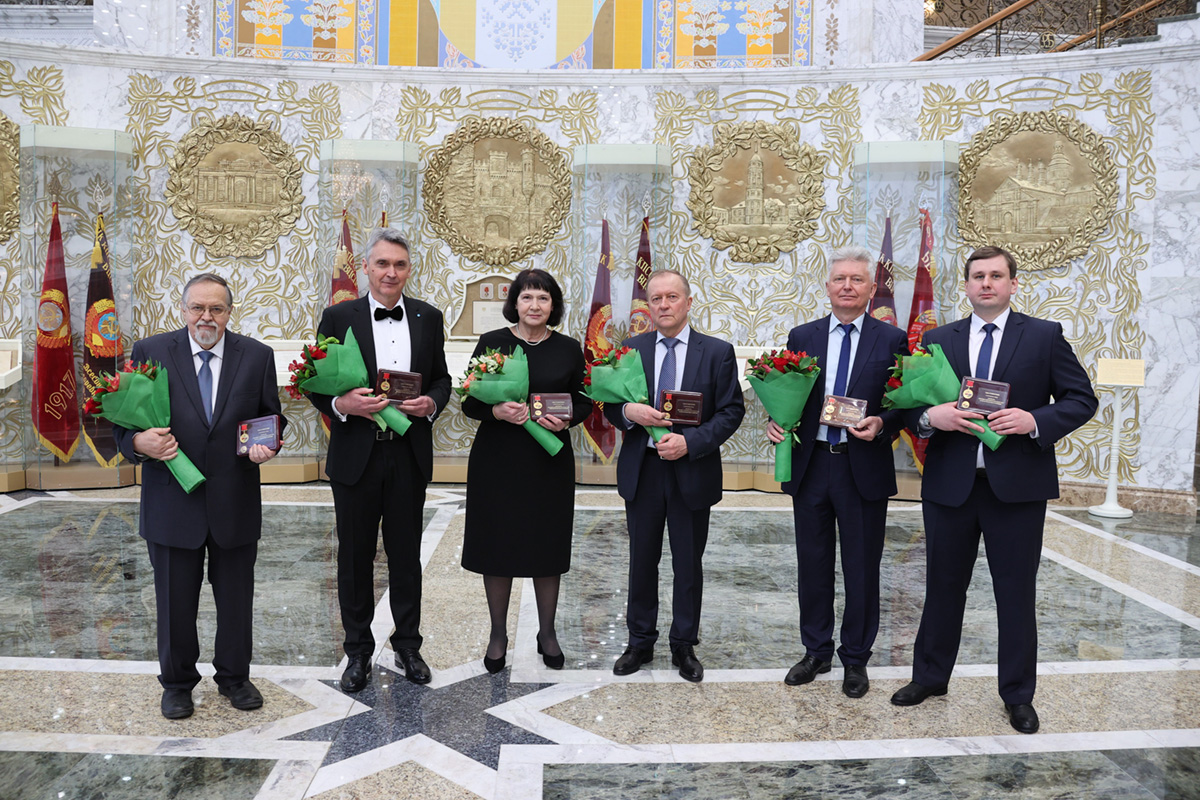 The Head of State called the scientists ‘the main fighters on this ideological front’,

“Ideas that are not common for our Slavic mentality and sometimes destructive for our spiritual development, are brought here from the outside, primarily with technology. Therefore, you, researchers and developers, should be at least one step ahead. You should be at the forefront of the development of our countries.

Only in this way, pooling together the human capital and competencies of the two countries is the only way to strengthen our positions. This is an objective reality, and those who unleashed this hybrid war against us will have to reckon with it.

I am absolutely convinced that we will overcome the situation that is being escalated by the leaders who are losing global superiority and are hostile to our Slavic unity and who have imagined themselves to be world elites. Difficulties will become an additional incentive for us to develop not only in the field of science but also all aspects of our states’ activity… We will all have to work a lot. It is necessary to quickly and effectively convert new knowledge into modern technologies, create knowledge-intensive industries that are competitive on the world market. We have to implement this not only within our Union State.”


State Secretary of the Union State of Belarus and Russia Dmitry Mezentsev:
“It is totally understandable that it is impossible to reach a new level of the competitive ability of the products, which are made by enterprises of one brotherly country and the other one, by joint ventures, without scientific accomplishments, modern R&D work, and results of primarily applied research and fundamental scientific research. The priority of the scientific approach, the demand for Soviet practices today is even more relevant than before… During this stage of the waterfall of sanctions, the most severe pressure on Russia and Belarus we have to follow a complicated way of rethinking, development of new import substitution programmes, and understanding of the potential that each country in the Union State has.” 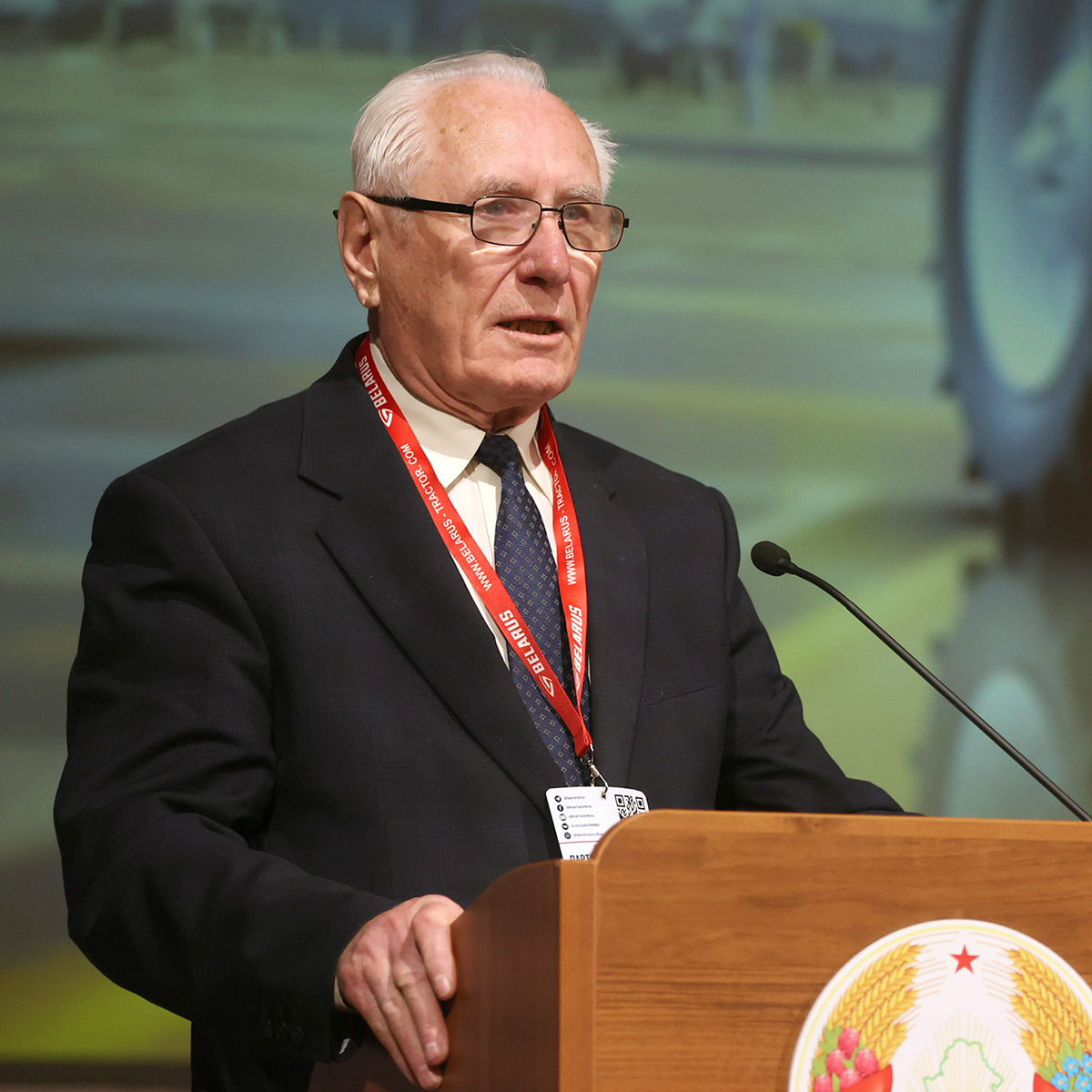 Pyotr Vityaz, Head of the Aerospace Department of the Office of the National  Academy of Sciences, the main creator of the Belarusian space system for Earth remote sensing, told reporters that in the 1990s, space technologies became one of the strategic directions of the country’s development, which was supported by our President. Pyotr Vityaz stressed: the Belarusian spacecraft, launched in 2012 together with Russia, is still flying. With a five-year warranty period. At the same time, investments in science pay off very well, “I want to note that during this time, income exceeded expenses by $20 million. Moreover, we worked on nine programmes related to space technologies within the framework of the Union State. These technologies have given us the opportunity to earn money for a new satellite.”