The nationwide discussion of the new draft continues. At this stage, it is not only the reaction ‘approve’ or ‘do not approve’ that is important, but a clearly grounded and constructive position. Undoubtedly, 2021 will rightfully go down in history as a year of titanic work on the creation of a draft of amendments and additions to the Basic Law. A huge number of meetings took place in different formats — from dialogue platforms and discussions in the Constitutional Commission to adjustments by professional lawyers and consultations of statesmen from the working group. The new Constitution is a new system of government. 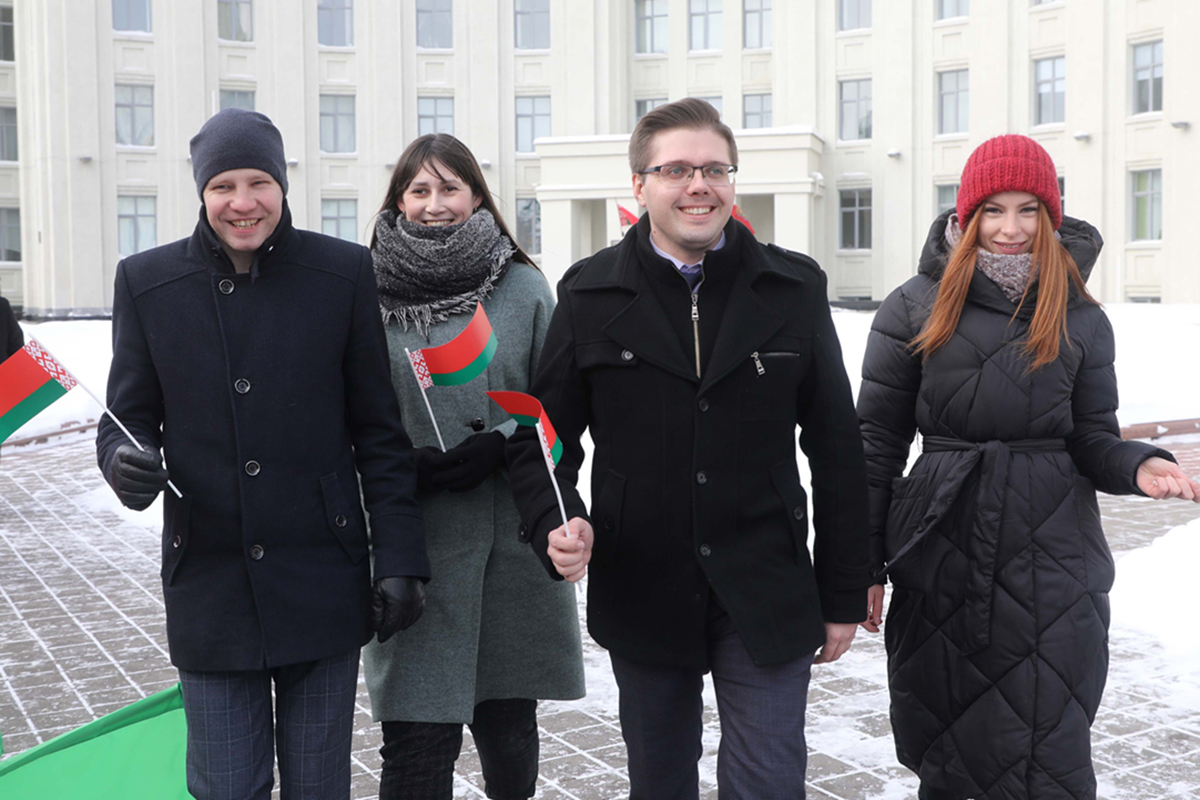 
On the threshold of a new system of public administration

There is already a vision of what scope of work will have to be mastered if the public supports the innovations within the framework of the national discussion and at the upcoming referendum. As Aleksandr Lukashenko said, if the people approve of the new draft, the current government will have to rebuild the state administration system in the country accordingly and make appropriate adjustments in the legislation. If you look at the draft of the new Constitution, it becomes clear that, in accordance with it, the President has somewhat fewer powers, while the vertical power structure, on the contrary, is expanding. The Belarusian People’s Congress stands apart — it acquires a special constitutional status.


The efficiency of the Belarusian People’s Congress is time-tested

Since 1996, the Belarusian People’s Congress has been held every five years in Belarus, and it, taking into account the opinions of the majority of citizens, has made the most important decisions: programmes of socioeconomic development and other fundamental documents. It also summarises the results of domestic and foreign policy of the state. It became obvious that life itself proved the need to give this democratic body a constitutional status. Indeed, due to its efficiency and effectiveness, the Belarusian People’s Congress has earned the right to become the highest representative body of the country and receive a special status. As reported by the Head of the President Administration Igor Sergeyenko, according to the new draft Constitution, about 1,200 people will be elected as the delegates of the Belarusian People’s Congress for 5 years, while maintaining the corresponding status for the same period. The People’s Congress will be responsible for the solution of the most important strategic issues. The draft also envisages the election of heads and judges of the Supreme and Constitutional Courts and the Central Election Commission to the Belarusian People’s Congress. In simple terms, there is a possibility of creating a kind of ‘collective President’ endowed with fairly broad powers. And its decisions will be binding on state bodies and officials.


For fair elections and historical justice 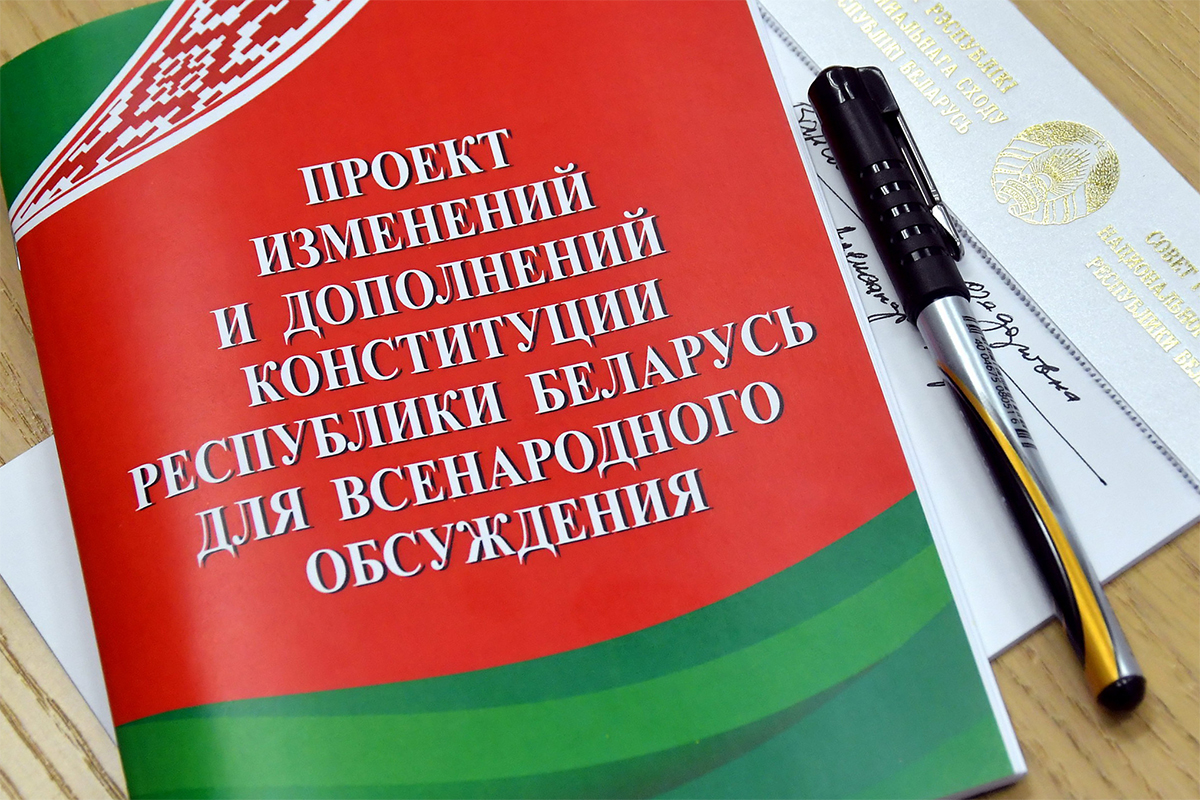 Photo by Yury Mozolevsky
For the first time in the draft of the Basic Law of the country, a ban on financing election campaigns from abroad is spelled out — the need to take such a measure is caused both by the events of the year before last and by incidents that took place in other election campaigns. Destructive elements are trying to use foreign funding to achieve their unscrupulous goals — a serious barrier must be put in their way.
The preservation of historical truth and memory directly correlates with the search for the very national idea that we have been discussing for many years. This point was brought up by life itself — almost 80 years have passed since the Great Patriotic War. The further we move away from those events, the more magnificent the feat of our people becomes. Unfortunately, participants and eyewitnesses of that war are passing away, and modern youth often receive distorted information through the prism of the Internet and foreign propaganda. And the events of recent times have shown that they are trying to completely turn the history upside down and use it against us as a powerful element of a hybrid war. Taking into account these factors, the members of the Constitutional Commission rightly decided that the issues of the need to preserve the historical memory of the people should be duly reflected in the Basic Law.

Andrei Matelsky, Director of the National Centre for Legal Information: 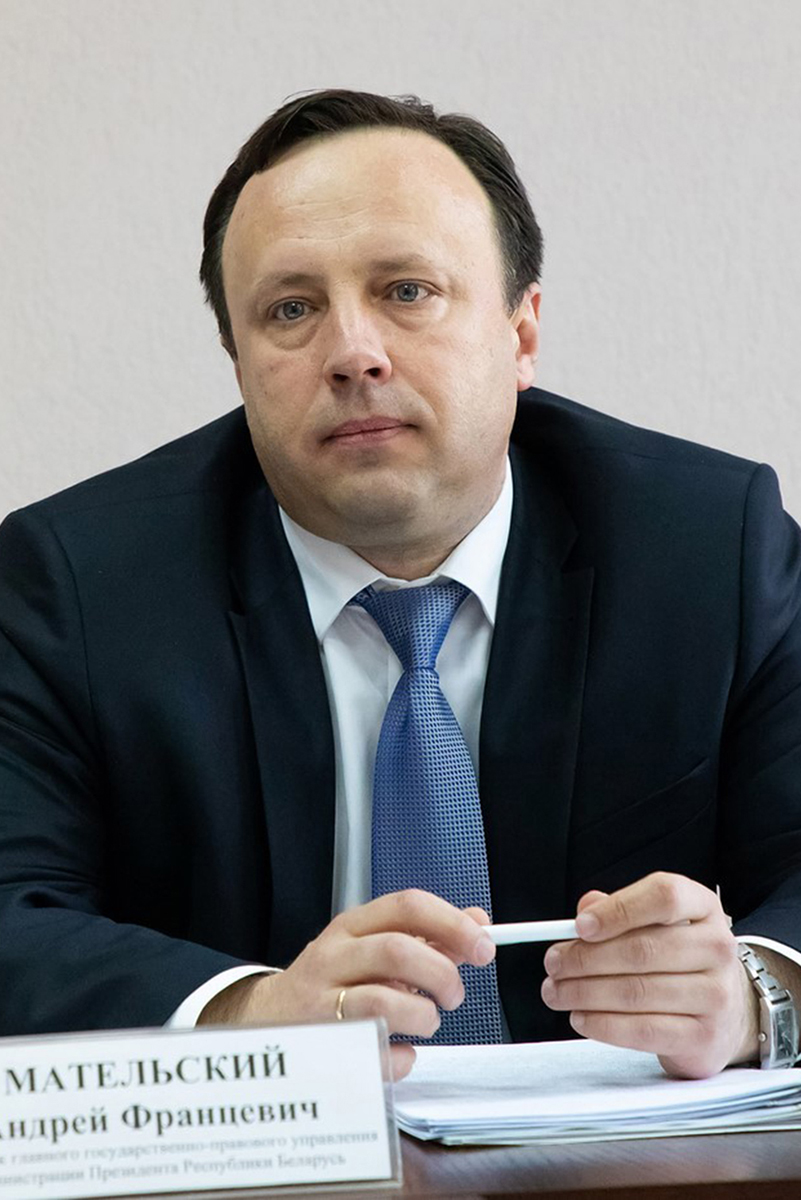 Currently, we receive about 300 proposals from citizens per day. And as long as there is such an activity, as long as people speak out in large numbers, we will carry out this work and take everything into account. Already on the first day, we received about 200 responses, opinions and proposals from citizens. People are interested in making their own suggestions on this document. We had more than a thousand proposals from citizens, we are working on their systematisation and generalisation. Approximately 98 percent of the responses are aimed at supporting the provisions of the draft brought up for discussion, sometimes people express their specific vision on a particular issue. And our task is to take into account the opinion of everyone. 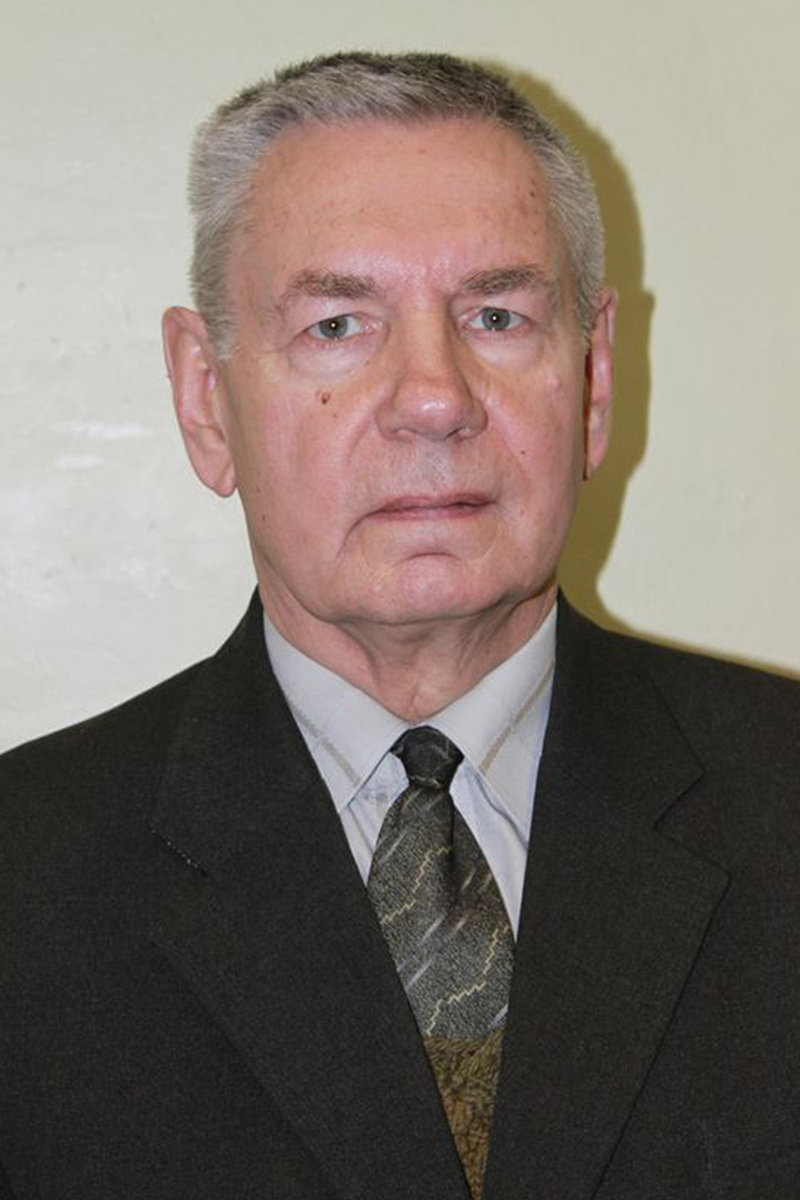 Valery Yanchuk, Associate Professor of the Department of Civil Law and Civil Procedure, Vitebsk State University named after Piotr Masherov:
The principle of the unity of the people should be more fully implemented in the new Constitution. It is this kind of unity in modern realities that is the main obstacle to external aggression of the collective West, led by the United States, against our country and Russia. Obviously, it should be based on an ideology that expresses national interests and is implemented by the authorities in the course of the policy of socioeconomic, as well as spiritual and moral development of the Belarusian people. 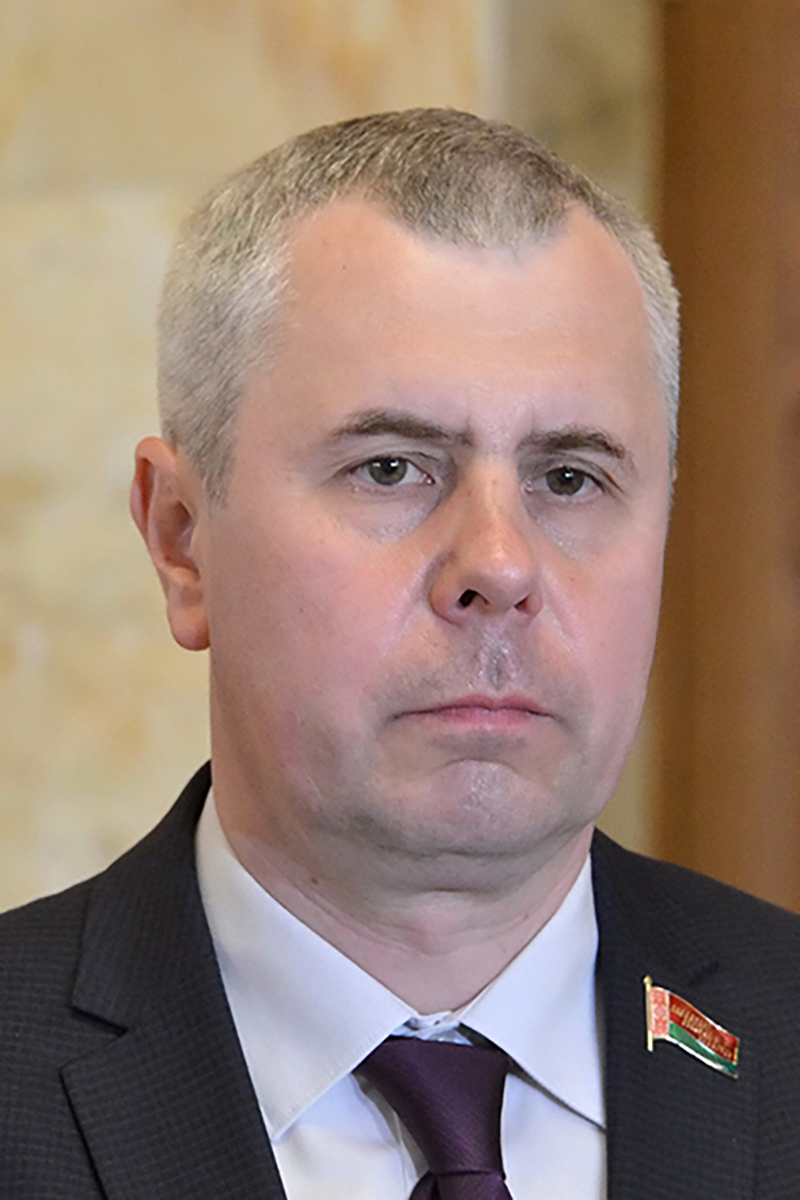 Igor Khlobukin, Member of the Standing Commission on Ecology, Nature Management and the Chernobyl Disaster of the House of Representatives of the National Assembly:
Priceless, unique amendments and additions, based on the current Constitution and taking into account the needs of society, globalisation, risks, challenges and threats of the modern world, will help to strengthen the constitutional system, make the sovereignty and independence of our state monolithic and lasting, capable of resisting sanctions and any colour revolutions... They will help to confidently walk the path to a multipolar world and multicurrency relations, avoid crises that are being forced in the country from the outside, and raise the development of civil society to a fundamentally new level by connecting the entire population, public organisations and parties to the issues of state governance through the newly introduced element of direct democracy — the Belarusian People’s Congress. 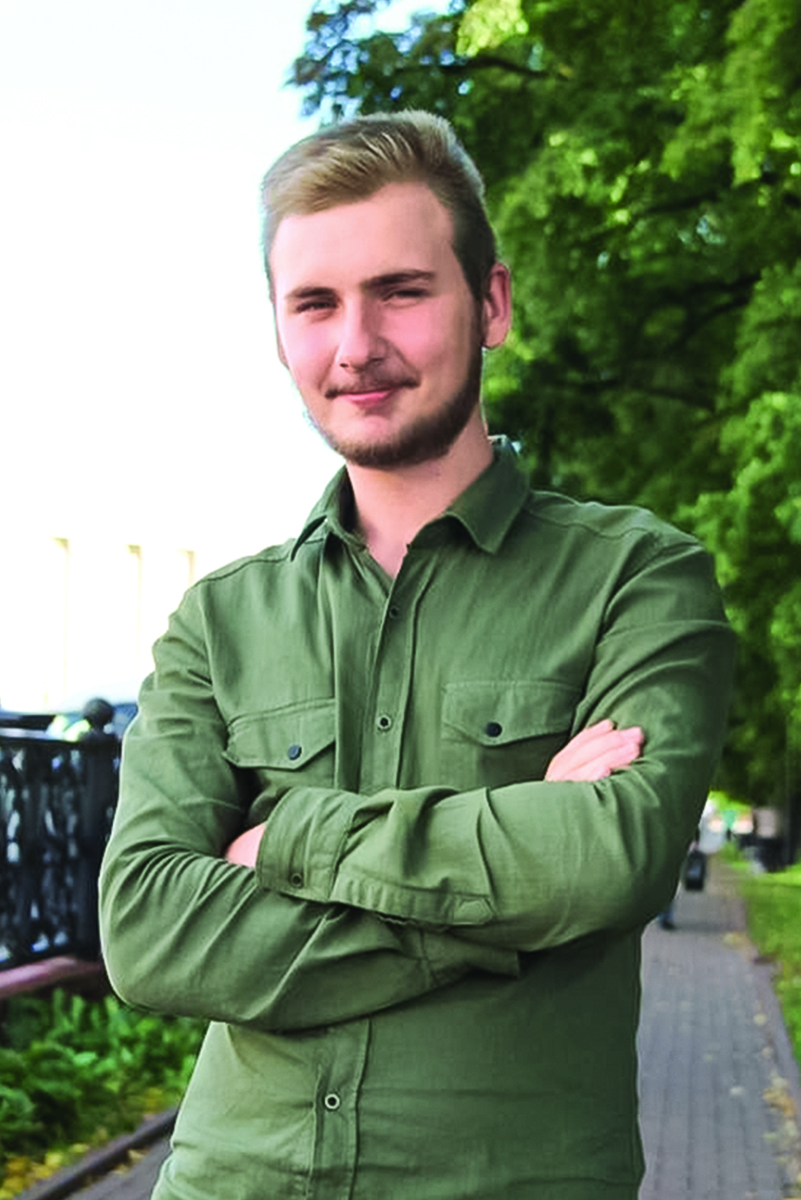 Anton Shpakov, 2nd year student at the Institute of Theology of Saints Methodius and Cyrill, BSU:
The most attention was drawn to the supplemented articles concerning the upbringing of the younger generation, the preservation of spiritual and moral values. It would seem that we are talking about life principles that have long become an integral part of everyday life. Nevertheless, you understand: time dictates its own rules. To keep what we have, this must be stipulated in the main law of the country.
The draft secures the reality at the legislative level. At the same time, it takes a step ahead of the curve in order to protect society, preserve and increase what the older generations lived and believed in. In particular, the addition that marriage is a union of a man and a woman. Ask our grandmothers and grandfathers about this ten years ago, they would be amazed that it could be otherwise. But we see examples in many countries that are unusual for our consciousness, and there are enough of them. Moreover, family ties are losing their strength. Perhaps, somewhere, this terrifying trend does not cause negative emotions, but our people are not ready for this.
By including this vital provision in the Constitution, we thereby express our attitude to this issue. For believers, it is very important. In the Holy Scriptures at the beginning of the Book of Genesis it is said that the Lord created the wife of Adam. We are talking about a woman, therefore, believers regard marriage exclusively as a union of a man and a woman. At the same time, an addition is being made to the Basic Law, emphasising that spouses have equal rights in marriage and family.