In recent decades, marches in honour of Stepan Bandera have become commonplace in neighbouring Ukraine, while Romuald Rice is annually cherished in Poland. Belarus’ Foreign Ministry has repeatedly filed a note of protest to these states’ leadership. It is obvious to any sober-minded person: ‘executioner-heroes’ – who contributed to death of peaceful Belarusians, among others, including Poles and Ukrainians as well – are being supported. Why are such manifestations of disrespect for the past possible in our modern times? 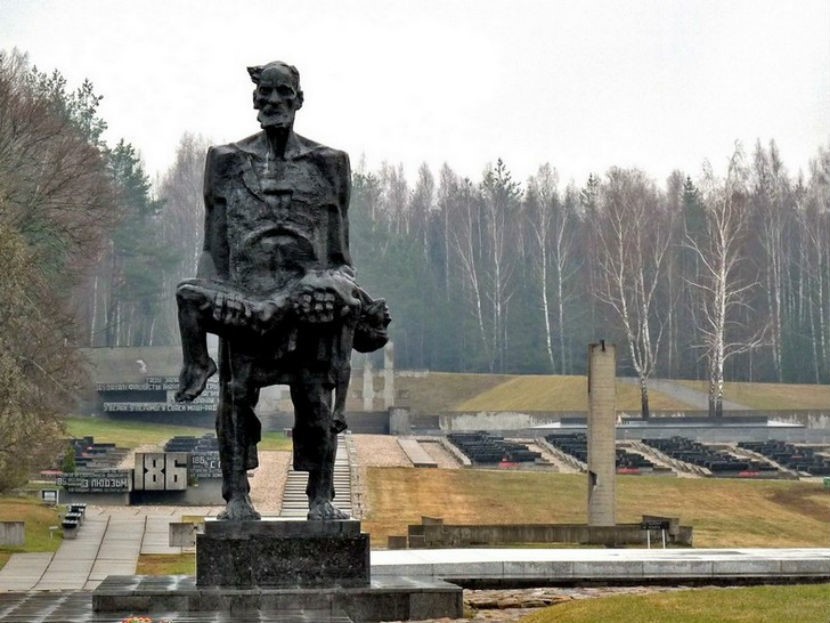 Vyacheslav Shumilov, a candidate of military sciences and a leading researcher at the Centre for General History, International Relations and Geopolitics at the Belarusian National Academy of Sciences’ History Institute, comments, “The facts of the Belarusian people’s genocide during the war and post-war periods are not fully known to the modern generation. This creates favourable conditions for the revival of ideas of neo-Nazism, illegal activities under the symbols of Nazi accomplices.”

Sober-minded people should not keep silence, and they are not silent. Mr. Shumilov recalls how the Belarusian Embassy in Ukraine filed a note of protest to Ukraine’s Foreign Ministry on January 3rd due to a march of nationalists timed to Stepan Bandera’s birthday and held in Kiev. Our diplomats stated that ‘with a tacit connivance of the Government of Ukraine’, activists of the ‘fugitive Belarusian extremist opposition under the symbols of Belarusian collaborators and servants of the Third Reich’ took part in the march. Meanwhile, the event was widely covered by the Ukrainian mass media, including national TV channels.

“Worryingly, rehabilitation of all sort of war criminals – including collaborators who fought on the side of Nazi Germany and members of various nationalist formations – continues in our modern times in Eastern Europe, especially in Ukraine, the Baltic States and Poland. For example, marches in memory of Cursed Soldiers (members of the Craiova Army) are regularly held in Poland’s Hajnowka of the Podlaskie Voivodeship where actually 96.6 percent of all Polish Belarusians reside. Their participants keep posters featuring Romuald Rice (known as Brown). The latter was not simply a field commander of the Craiova Army but a cruel punisher. He won notoriety due to his murders of Belarusians," Mr. Shumilov says.

Honouring of Cursed Soldiers and personally Rice in Poland is condemned by Belarusians since it is an undisguised pandering to glorification of Nazism. Latvians are not far off: Herberts Cukurs – who participated in killing of Jews during the Nazi occupation of Riga – has been rehabilitated there.

“All these actions fail to go unnoticed, they require an honest look at the Great Patriotic War. Of course, truthful perception of those events and public disclosure of new, previously unknown and concealed facts will become a cornerstone of our historical memory – as it is already being observed on the example of investigation of crimes related to the genocide of the Belarusian people,” the researcher states, adding, “We have begun to name the criminals without excessive political correctness; many of them are still alive and are even viewed as ‘heroes’ in some neighbouring countries. At some point, our silence was mistaken for weakness, and attempts were made to influence the consciousness of our people with impunity. However, time has come to speak of this openly.”

Mr. Shumilov believes a purposeful and conscious policy of historical memory is necessary to ensure a tragedy never happens again. Our people, especially a young generation, must know and never forget the meanings and values of Victory, cherish the feats and achievements of their ancestors and not allow themselves and their children to be spoiled by an ideological poison of lies.