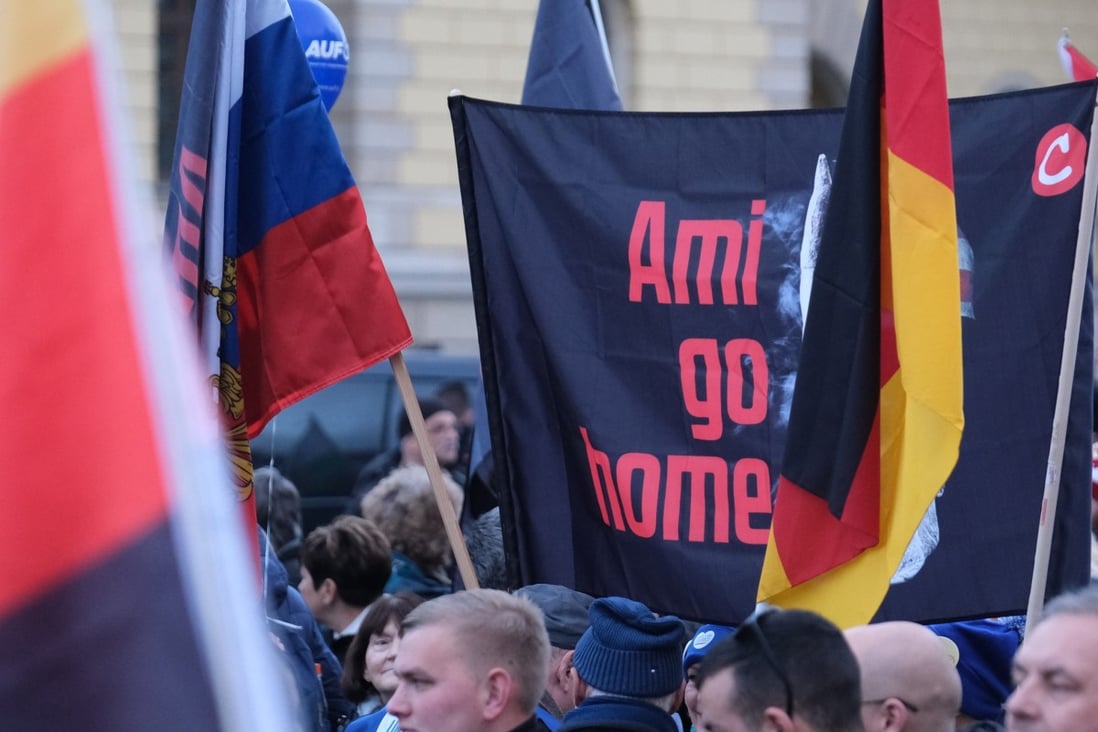 As informed, the protesters initially marched through the centre of Leipzig and then lined up next to the American Consulate in front of the Constitutional Court building, unfurling Russian and German flags. They chanted ‘ami, go home’ [Americans, go home].

At the same time, a protest action of the left forces was taking place in Leipzig, and its participants tried to block the anti-American demonstration by sitting on the road. The security forces stopped the campaign.

The organisers of the anti-American demonstration said that more than 6,000 people came to the rally. Meanwhile, the local police said there were 1,000 of them, though adding that the number of demonstrators was growing in the process. According to the police, more than ten investigations have been opened due to attacks on police officers, insults and violations of the right to assembly.

Last week, a protest rally was also held in Leipzig, and its participants demanded to stop any military assistance to Ukraine from Germany.