In between business meetings, it’s time to take a stroll through the ancient city-museum. Let us tell you about the main attractions.

Kalozha Church rises on the banks of the fast-flowing Neman River — the architectural landmark of the ancient city. Its construction took place in the 12th century.
Giant boulders are embedded in the walls of the temple. Facades and walls are decorated with inserts of polished boulders and majolica tiles in the form of crosses. There is also a hidden mechanism that provides a sound — voicing vessels are built into the walls, which enhance the acoustics and reveal the beauty of the chants. 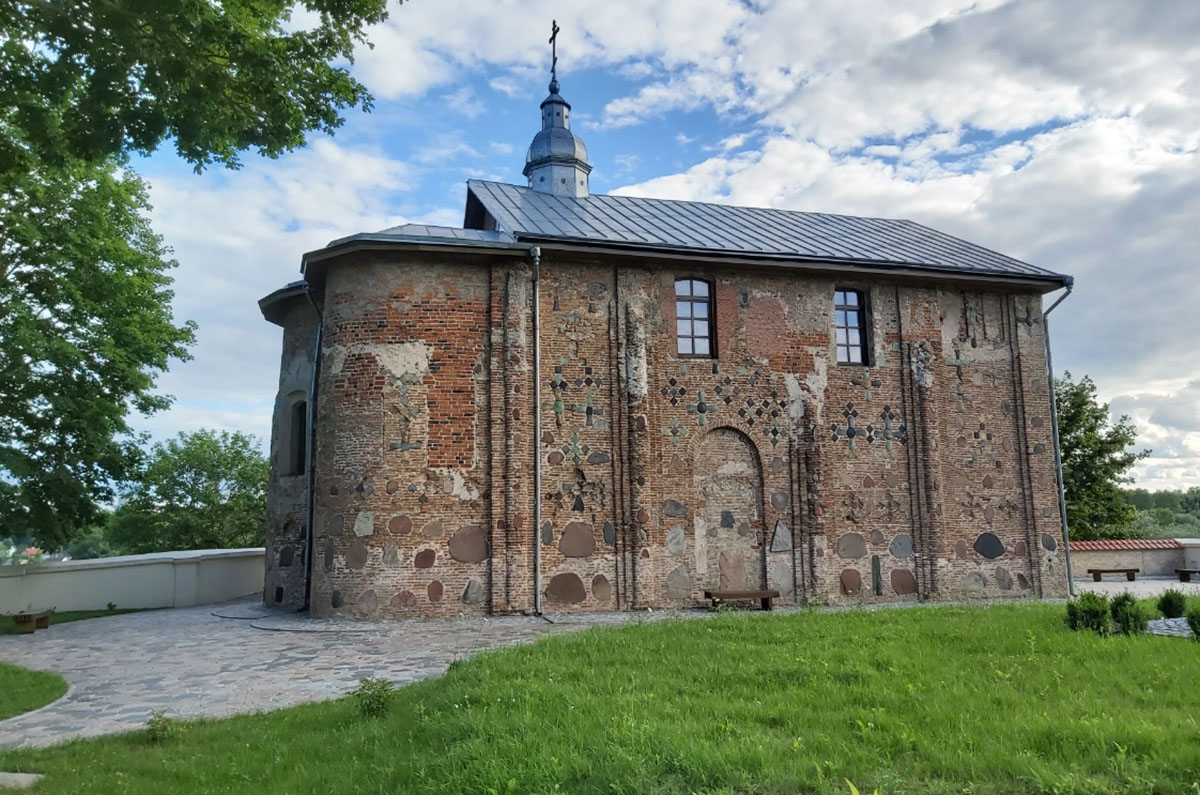 The temple miraculously survived in the maelstrom of eras. A strong, stable, but at the same time vulnerable building has repeatedly suffered from wars and natural disasters. One of the most serious troubles occurred in the middle of the 19th century, when a landslide caused the wall of the church to collapse into the river. This was reflected in the appearance of the temple — the second wall from the side of the Neman River was replaced with a wooden one. A century later, this ‘half’ required a major overhaul. A couple of years ago, restoration, repair and strengthening work was completed.
In addition, one of the most beautiful Catholic churches in Belarus, St. Francis Xavier Cathedral, also known as the Farny Church, has been rising in the centre of the city for more than three centuries.
WHERE: Kalozha Church — Kolozha Street 6.

Medieval Grodno lived in a state of constant wars. The city needed a ‘reliable rear’. Old Castle and New Castle in Grodno are witnesses of that era. They stand opposite each other on a high river bank. The first fortification erected in the 11th century on the banks of the Neman River to protect against Crusader raids, in 1389 turned into a stone Gothic castle — one of the main residences of the prince. The modern look of the palace and park ensemble in the Renaissance style, the castle acquired during the reign of King Stefan Batory. The new fortress, erected at the beginning of the 18th century next to the Old Castle, served as a royal residence. 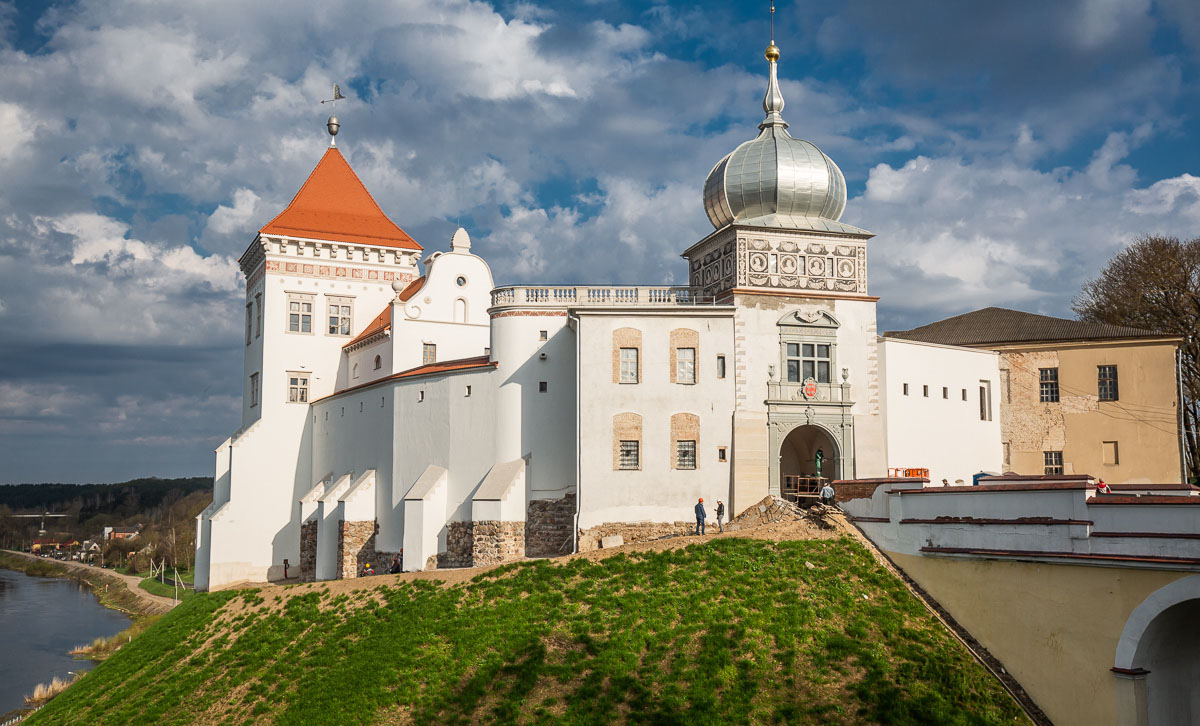 Today, they house the exposition of the Grodno State Museum of History and Archeology, numbering about 7,000 items.
WHERE: Old Castle in Grodno – Zamkovaya Street 22.


Visit the heroes of the White Dew film

Grodno is a cinematic city, it is picture-perfect. Not many people know that the legendary White Dew picture was filmed here. The lyrical comedy quickly won people’s love and became a classic of Soviet cinema. 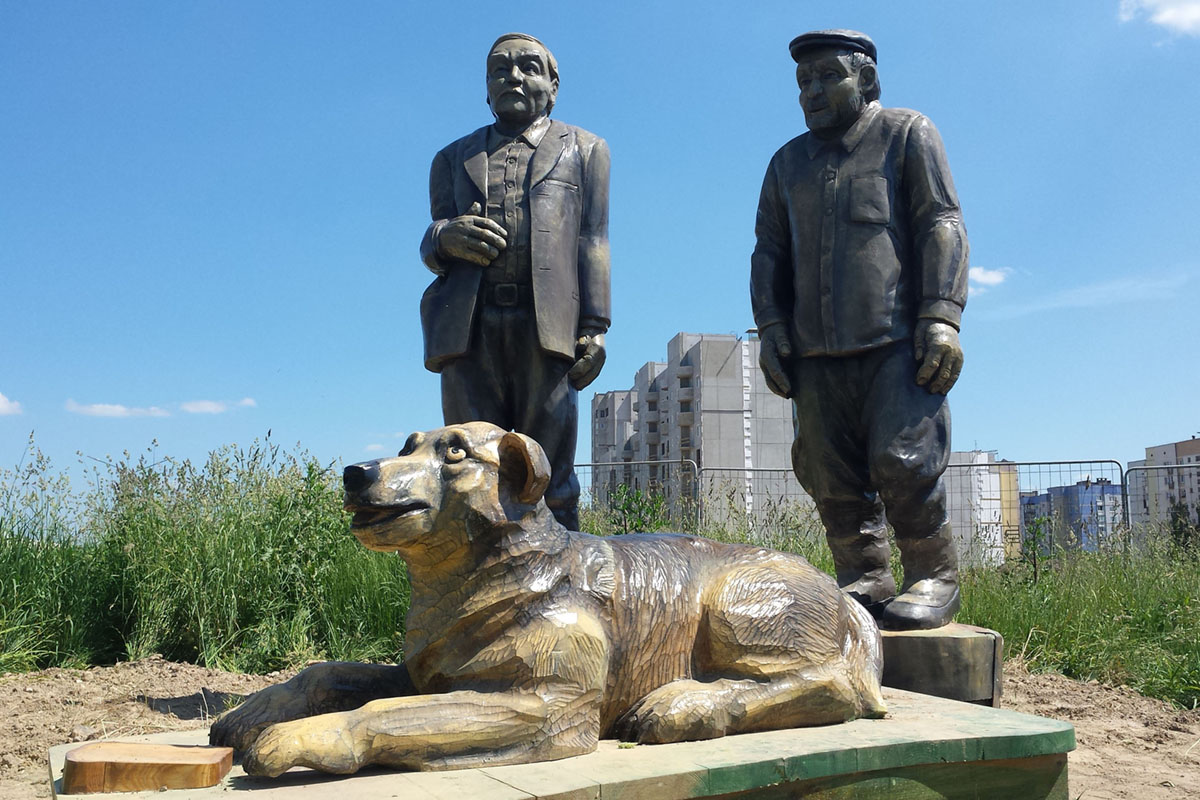 The village of Devyatovka is the real prototype of the famous village, which was located on the outskirts of Grodno. Everything that the audience sees in the frame is the real life of the city in the 1980s. The crowd scenes were filmed not by professional actors, but by real residents of Devyatovka. Alas, this village repeated the fate of the on-screen prototype: it became part of a big city. Private houses were demolished and skyscrapers appeared in their place. The fact that the shooting of the film took place here is reminiscent of the old well, which appears more than once in the frame. And next to it, right at the walls of high-rise buildings, local residents and guests are greeted by three prominent figures: Fedos, his neighbour Timofei and dog Valet.
WHERE: wooden sculptures of the characters of the film can be seen at the intersection of Kurchatov and Dzerzhinsky streets.


Go on a cruise

There is a unique place in the Grodno Forest — the Augustow Canal. This is a real miracle of engineering thought of the 19th century. It was built by the decree of Emperor Alexander I of Russia. The trade route connected the Neman River with the Vistula River and opened the way to the sea — goods were delivered through the construction. 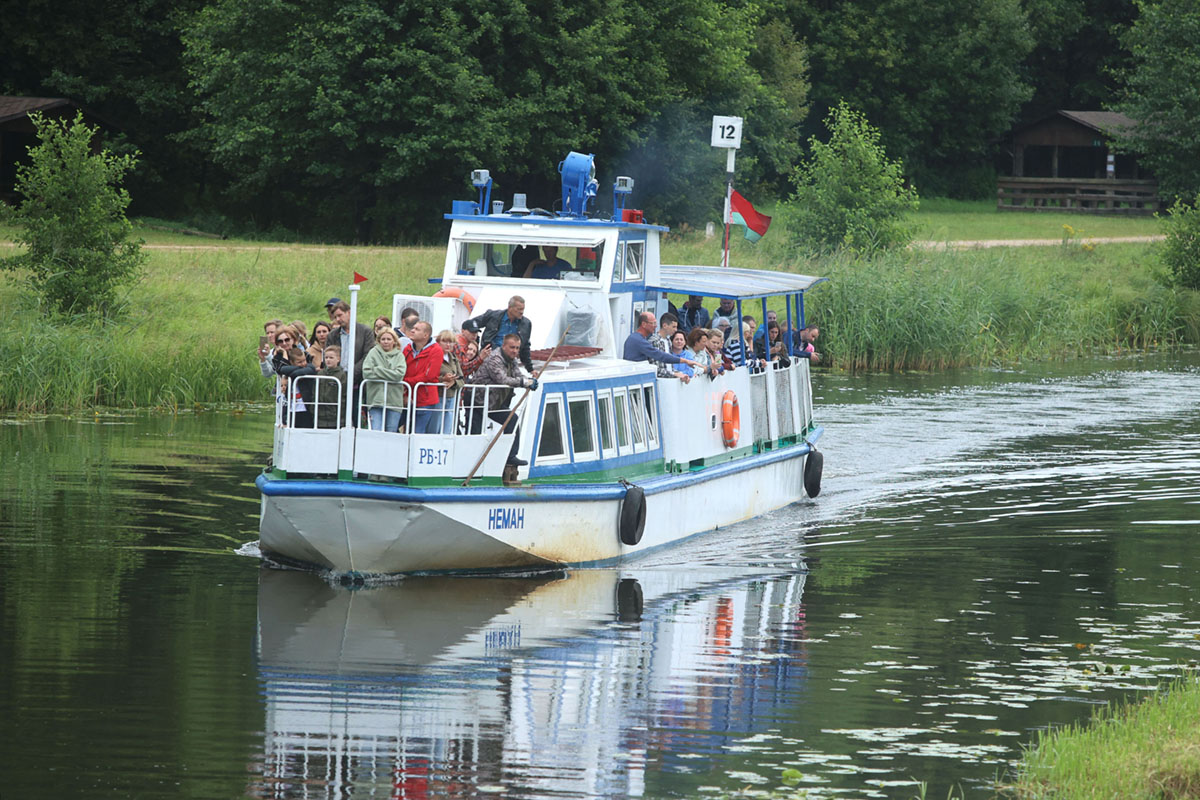 Now the canal is no less impressive than it was 200 years ago. It is best to watch it from the deck of a pleasure boat. The canal is a collection of ancient locks and monumental bridges that make the trip unforgettable.
A rental of catamarans, boats and kayaks is available for outdoor enthusiasts. There are cosy pavilions on the banks. In this place, the ‘Swim on anything you find’ sport festival is held — people cruise around on creative rafts, stylised, for example, as a black piano or the famous BELAZ truck.
WHERE: Dambrowka Lock — 5 kilometres north of the village of Sopotskin; between the villages of Rynkovtsy, Noviki and Chertok.

Learn the secrets of ‘Faberge’

Rusty nails, alder bark, oak bark and vinegar. The masters of the urban village of Sopotskin make genuine paint for painting Easter eggs from such simple ingredients. The technology of applying unique patterns based on black is passed down from generation to generation. Patterns are applied with wax. Local decorated Easter eggs have long been recognised as a non-material historical and cultural heritage of Belarus. Sopotskin’s jewellery is not inferior to Faberge’s masterpieces in originality. There are hundreds of Easter symbols in the decorated Easter egg museum. Everyone can not only look at the exhibits, but also learn ancient art. 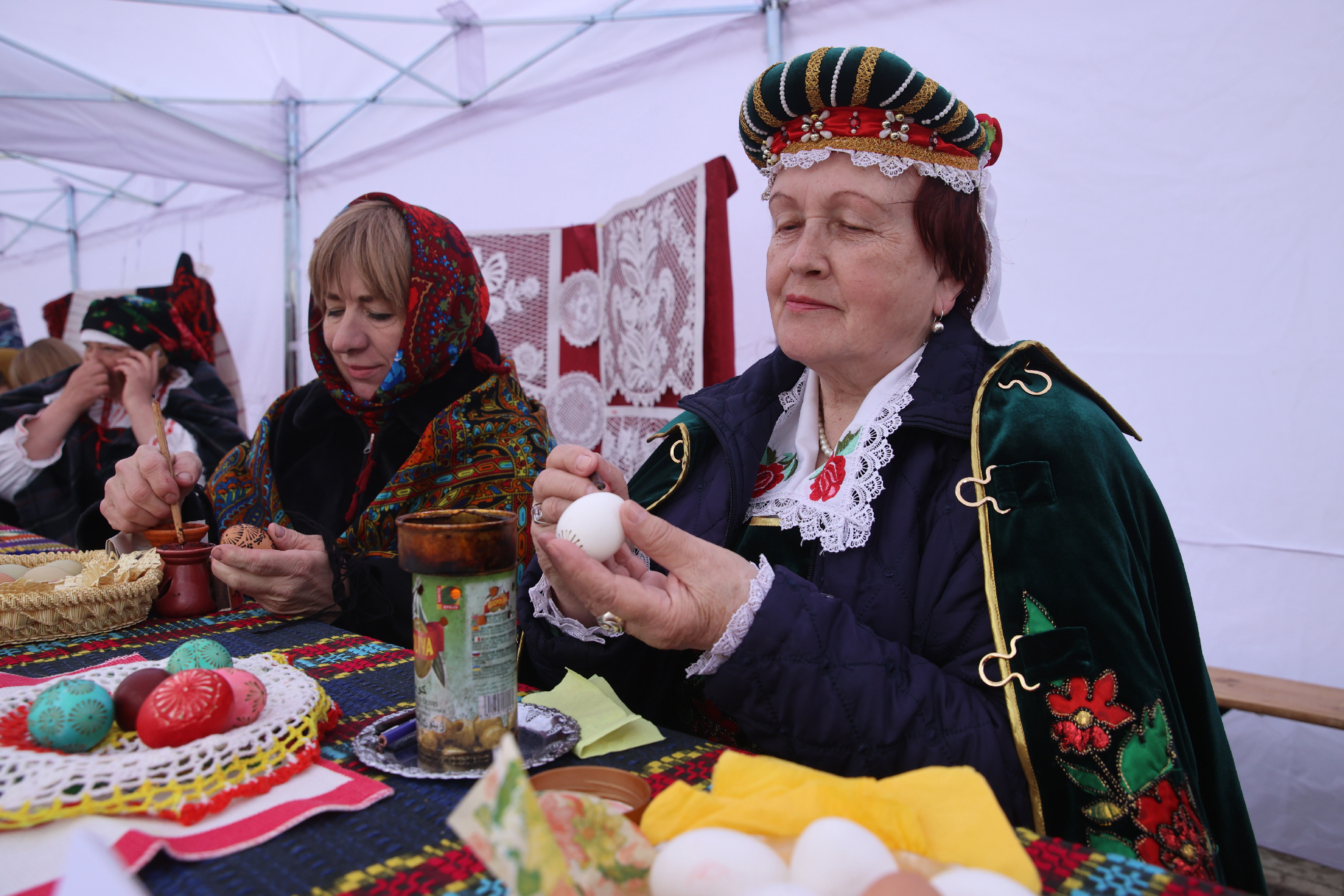