Russian President Vladimir Putin called on Kiev to immediately cease hostilities and return to negotiations as he spoke at the ceremony of the admission of four new territories to the Russian Federation, TASS reports 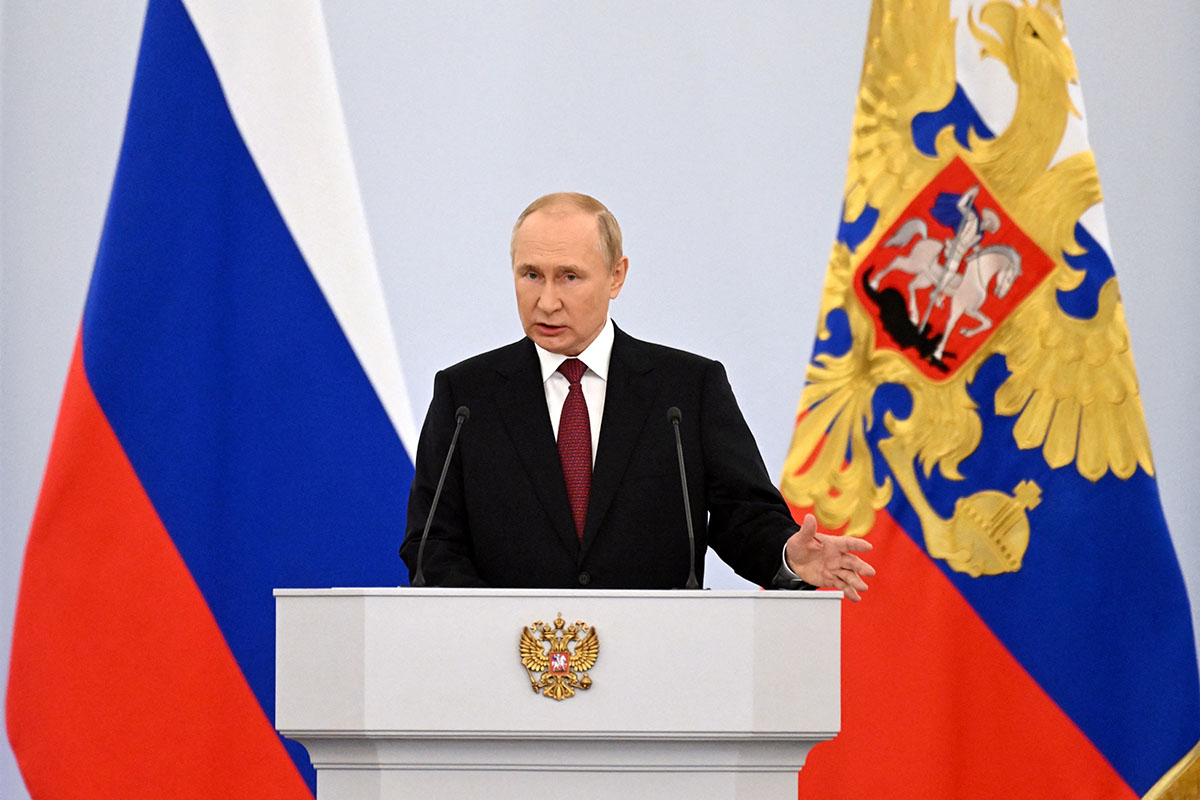 "We urge the Kiev regime to immediately cease fire, all hostilities, the war that it unleashed back in 2014, and return to the negotiating table," Vladimir Putin said, recalling that Moscow has repeatedly stated its readiness to negotiate.