The role of historical museums in our world with its currently obvious lack of spirituality cannot be overestimated. No matter how full of pathos it sounds, the future of any country and new generations largely depends on our ability to preserve and increase the richest spiritual and material heritage of the national culture reflected in historical artefacts.


Most researchers believe that the ancestor of historical museums was not the British Museum in London opened in 1753 but the Ashmolean Museum in Oxford opened in 1683 and still successfully functioning. The first public museum in the Northwest Territory of the Russian Empire, which included Belarus, was opened in 1856 in Vilna, but history gave it only 7 years to exist.
The Minsk Regional Museum founded in 1919 had a far better fate. Its successor was the Belarusian State Museum which since 1992 has been called the National Historical Museum of the Republic of Belarus. 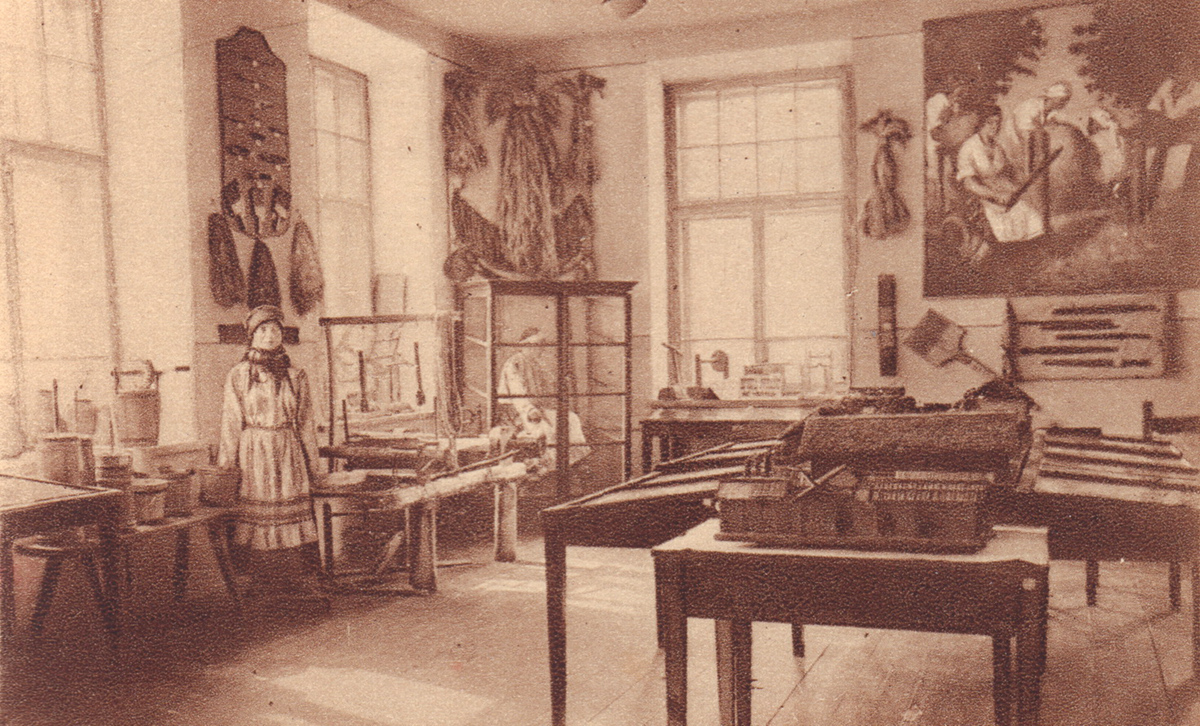 It was created almost immediately following the proclamation of Belarusian statehood. The museum was given the building of the former Nobility Assembly at the intersection of Karl Marx Street and Friedrich Engels Street; unfortunately, it has not survived to our time. The basis of the first collection was things provided by wealthy citizens and owners of noble estates. 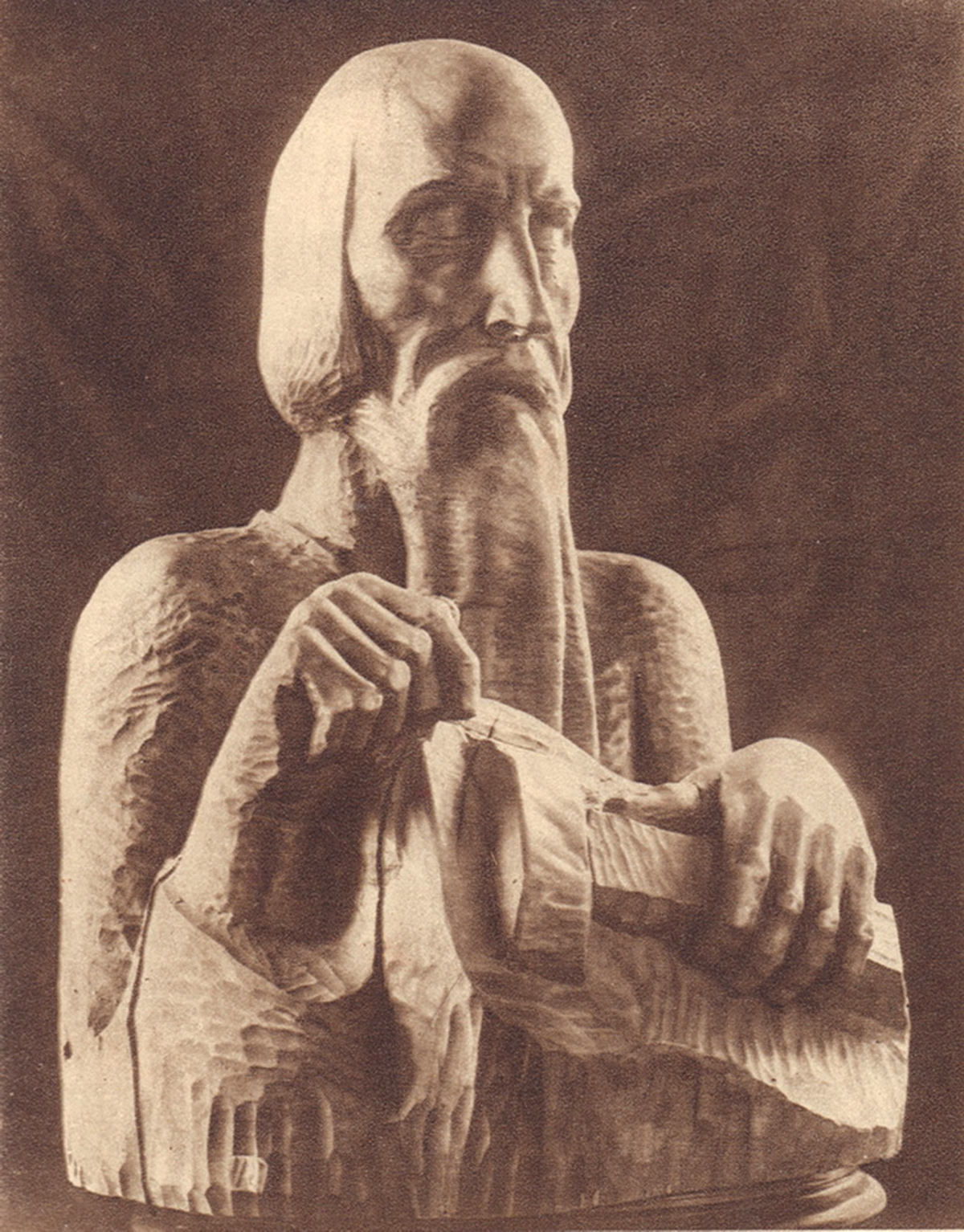 The Minsk State Museum.
The Lyrist sculpture. 1920s.
After the Polish-Soviet War which badly damaged the museum’s storerooms, the entire Union helped restore and replenish the exposition. An expedition sent on occasion to the Slutsk district delivered collections of fabrics, clothing, and historical sketches. From Ryazan, handwritten books, numismatic items, and church utensils were brought. A rare collection of old coins, a selection of watercolours of the 19th century, paintings and works by gunsmiths were donated by the Central Executive Committee of the BSSR, the Council of People’s Commissars, and the People’s Commissariat for Agriculture, respectively. Individuals also contributed to the formation of new funds.
In 1923, the museum received the status of a state institution and continued to actively replenish its collection. Most valuable exhibits were transported to Minsk from Mstislavl, Gorki, Slutsk, and Bobruisk. With varying degrees of success, the administration made every conceivable effort to return artefacts of the national culture to Belarus. The restitution of historical objects from the RSFSR was rather difficult — Moscow museums were reluctant to part with exhibits of Belarusian origin.
An undoubted success of Belarusian art historians (largely thanks to Vaclau Lastouski who served as director of the museum from 1927 to 1937) was returning to the homeland a national shrine — the Cross of Euphrosyne of Polotsk.

The ruinous burden of occupation

It is impossible to measure the damage suffered by the Historical Museum during the fascist occupation. The property and exhibits could not be evacuated in time, and at the very beginning of the war, all the most valuable objects were plundered. In June 1944, the funds were transported to the Bavarian castle of Höchstadt where museum pieces taken by the occupiers from Belarus, Russia, Ukraine, and Poland were kept. Only in October 1947, the stolen treasures were partially returned — about 15 thousand items in total. 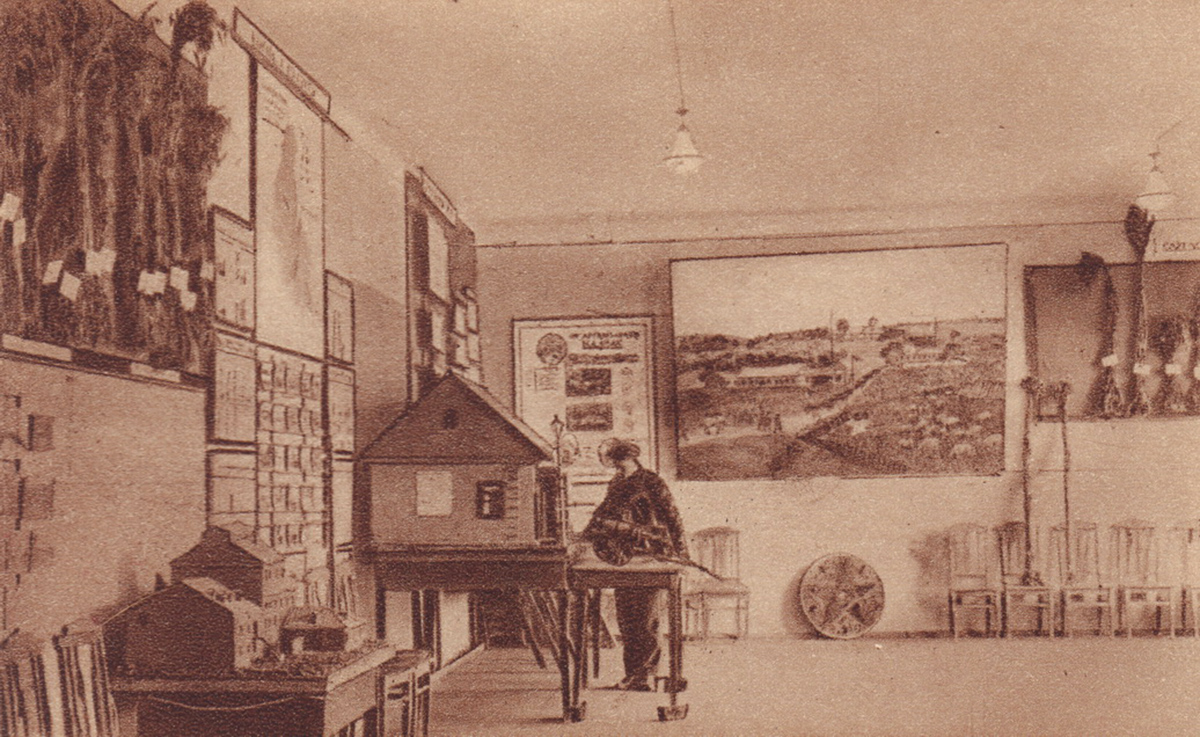 In the post-war years, activities to revive the former grandeur of the national repository of historical artefacts and art objects were intensified. State institutions, cultural organisations and private collectors were of great assistance. On 2nd November, 1967, the State Museum of the BSSR hospitably opened its doors to visitors in the building in Karl Marx Street which it occupies to this day. 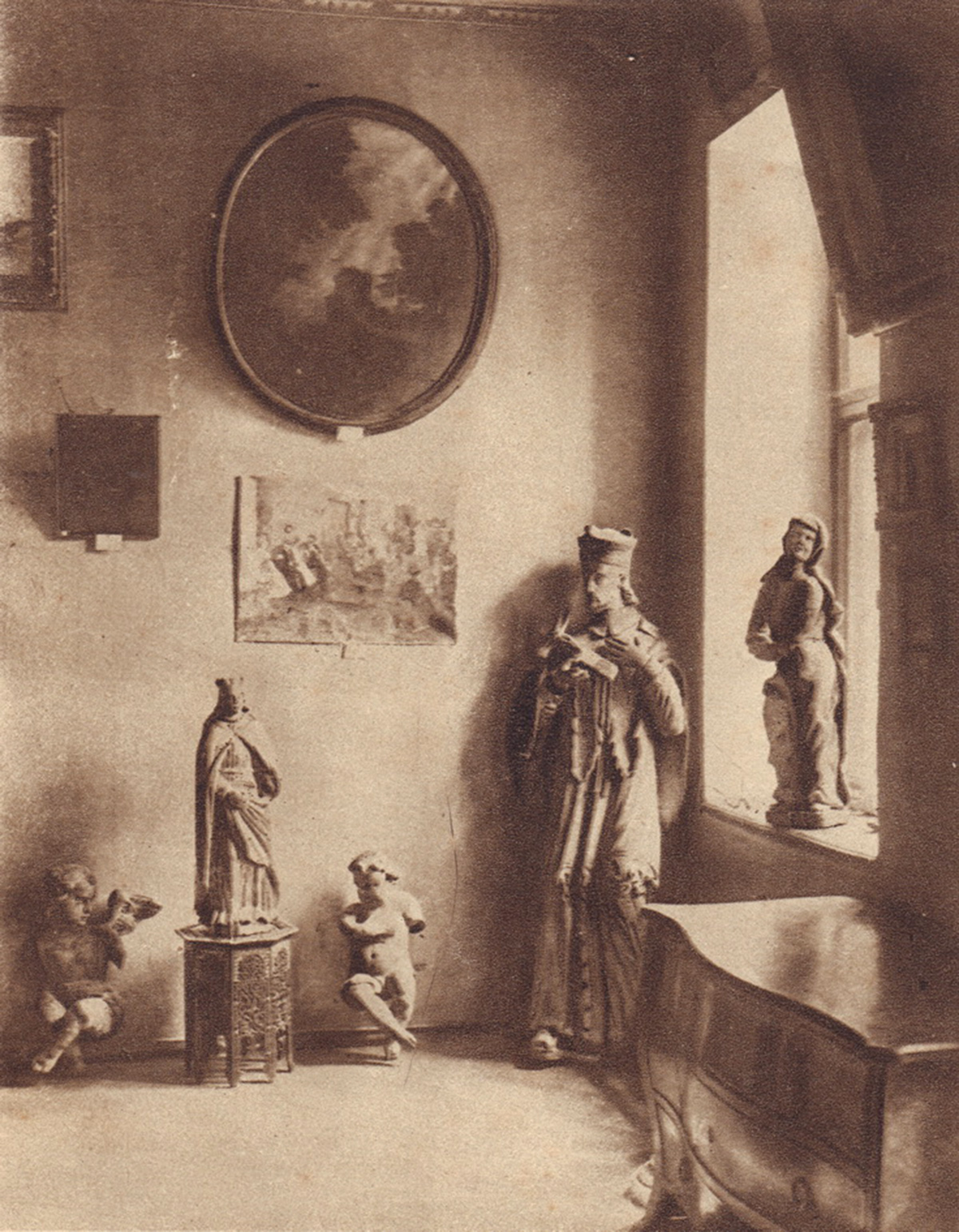 The Minsk State Museum.
Anti-religious department. 1920s.
During the years of independence, one of the largest national museums began to position itself not only as a place to get acquainted with the rarities of the past and present — it has become an integral factor in our spiritual life, a centre for the preservation of historical and cultural heritage and an institution for the formation of historical consciousness.
Every year, the museum collection is replenished by an average of 2,000-3,000 items and today includes 400,000 exhibits.
A number of pieces are on the State List of Historical and Cultural Values of the 1st or 2nd category. Among them, there is a hoard of Roman coins of the 1st-2nd century AD, a unique toreutic artefact of the first third of the 15th century — ‘Vitovt’s Belt’, the Holy Doors from the iconostasis of the St. George Church in Davyd-Haradok of the 18th century, a portrait of Józef Prozor by an unknown artist of the second half of the 18th century, etc. In addition, the funds contain unique collections of treasures from different parts of Belarus, valuable porcelain from Italy, Germany, and Russia, Slutsk belts, important documents, early printed books, watches, weapons, national costumes, furniture, paintings, and icons. 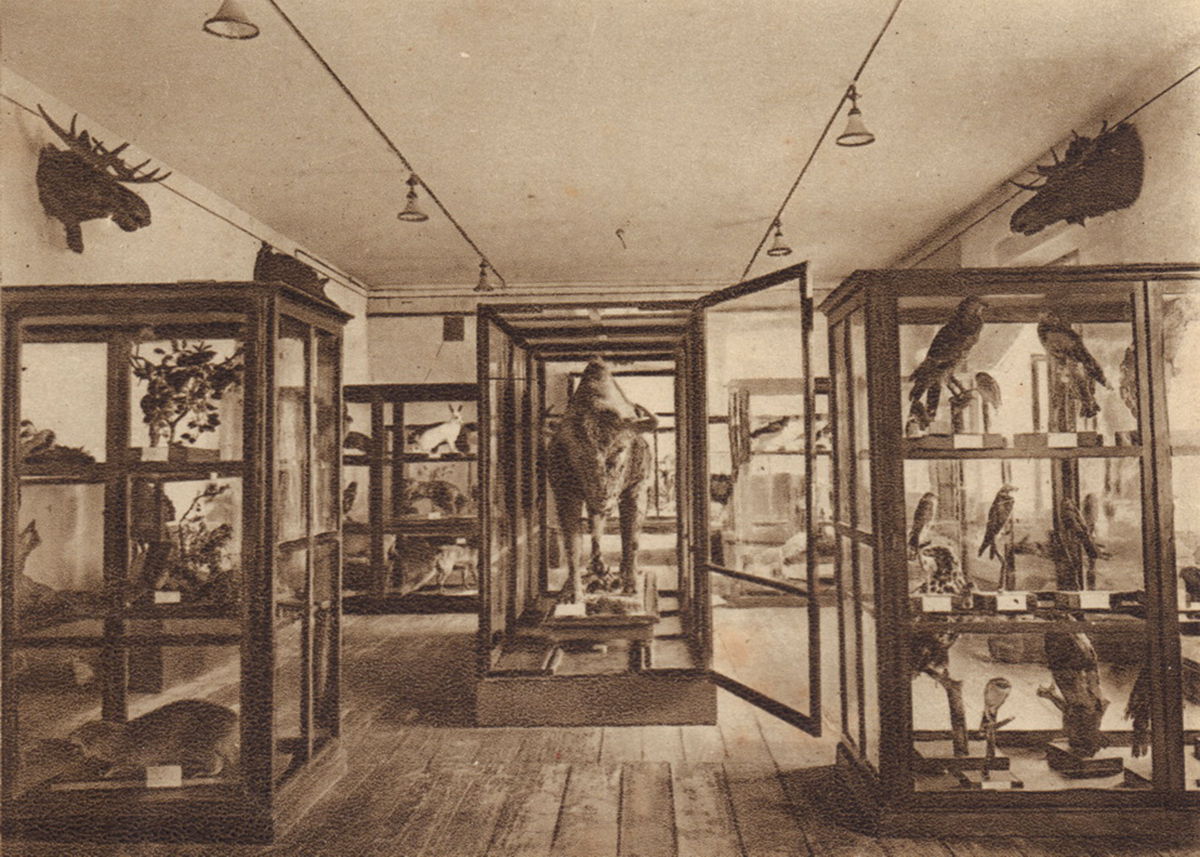