The Polish people will ask the leadership of their state for its brainless situational policy – as stated by the President of Belarus, Aleksandr Lukashenko, during a conversation with journalists at the Khatyn State Memorial Complex, BelTA reports 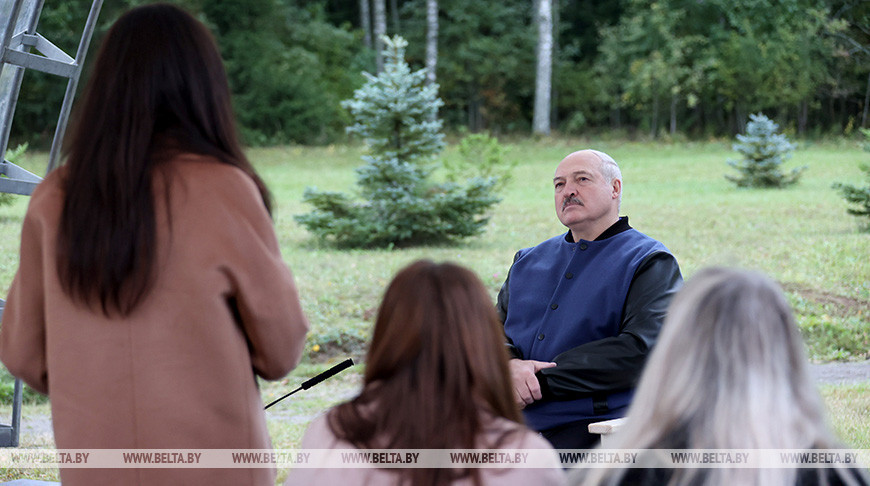 Speaking about the situation in the neighbouring country, the Head of State noted that at present Poland suffers to a lesser extent as a result of the EU sanctions confrontation with Russia and Belarus; moreover, the Poles are supported by the United States. However, the Polish leadership sometimes aggravates relations with some countries itself. The last example is the demand for reparations from Germany. “Let them demand it. Maybe they owe us too. But the question arises: what damage did they bring us before 1939?” the Belarusian leader said. “How do you think to compensate this? You have to be smart. Before demanding compensation from the Germans, think that you also owe someone. This is such a brainless situational politics.”

“This can be understood due to the fact that they are on the eve of a grandiose unrest: elections. They will drink this cup, as we did in 2020 at their suggestion, to the bottom. But not at our suggestion; Polish people will hold their country's leadership responsible. Therefore, the policy will change. The policy, which is pursued by the current leadership of Poland, is alien to the Polish people,” the President is convinced. “They will reject this policy. But if the Poles go crazy and unleash a war somewhere, this is the end of the country. However, I don’t think it will come to that, because the Polish people won’t allow it.”