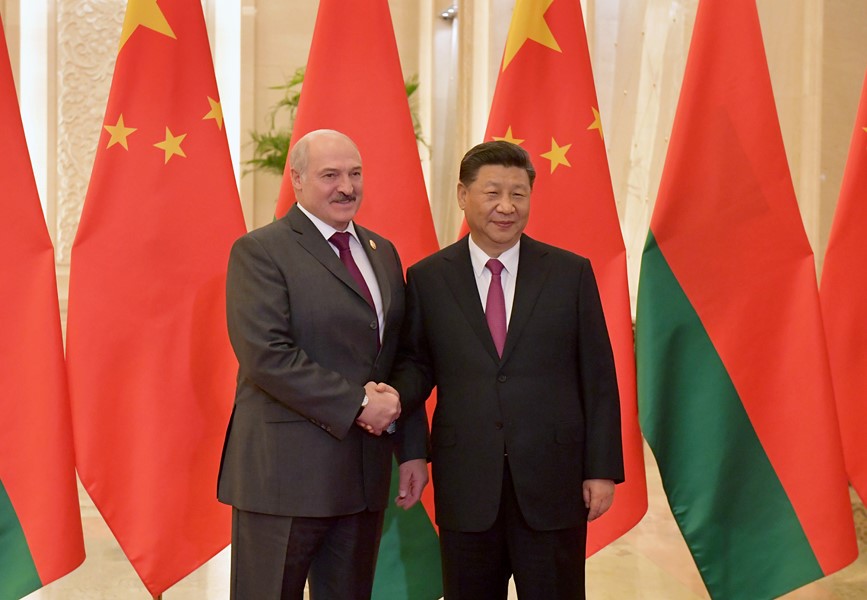 “In a short period of time by historical standards, our ties have been lifted from a friendly co-operative relationship to a comprehensive strategic partnership of mutual trust and win-win co-operation. We are systematically entering a new stage of ‘iron brotherhood’ and ‘all-weather partnership’,” reads the congratulatory message. “These words embody successes and achievements in politics, economic, humanitarian and military-technical fields, as well as security sector.”

Aleksandr Lukashenko noted that Minsk and Beijing are consistently expanding interstate dialogue, co-ordinating their goals and objectives on global and regional agendas, including within the framework of the UN, SCO, EAEU, implementing the Belt and Road Initiative, building a common fate of mankind and in many other areas.

“Today we remember with gratitude all those who at different stages contributed to the development of relations between Belarus and China and filled them with practical content for the benefit of the countries’ peoples. I am convinced that the groundwork we have laid will become a solid foundation for future generations of Belarusians and Chinese, who, like us, will be sincere friends and support each other at all times,” says the congratulation.

Aleksandr Lukashenko wished Xi Jinping good health and the achievement of the set goals, and peace and prosperity to the fraternal people of China.

The President of Belarus also received congratulations from the Chinese leader.

“On the occasion of the 30th anniversary of the establishment of diplomatic relations between the People’s Republic of China and the Republic of Belarus, on behalf of the Chinese government and the Chinese people, as well as on my own behalf, I send you and the friendly Belarusian people in your person my sincere congratulations and best wishes,” says the message.

Xi Jinping stated that for 30 years of the establishment of diplomatic relations, China-Belarus relations have been forging ahead, with the traditional friendship between the two countries growing stronger over time.

“Under our joint leadership, China and Belarus have successively established a comprehensive strategic partnership and a comprehensive strategic partnership of mutual trust and win-win co-operation. The political mutual trust between our two countries is unbreakable, and bilateral collaboration in various fields has yielded fruitful results,” said the President of the People’s Republic of China. “Both sides have also been firmly supporting each other on issues concerning their core interest, and coordinating closely and effectively in international and regional affairs. After the onset of the COVID-19 pandemic, the two countries have been helping each other and fighting shoulder to shoulder, which has demonstrated the close bond between two brothers sharing weal and woe.”

The Chinese President underlined that in recent years, the leaders of the two countries have maintained communication in various ways and reached important agreements on the development of Chinese-Belarusian relations under the new circumstances.

“Taking this opportunity to celebrate the 30th anniversary of the establishment of diplomatic relations between the two countries, I would like to assure you that I am ready to work with you to make every effort to advance the comprehensive strategic partnership between China and Belarus and the joint implementation of the Belt and Road Initiative to achieve even greater results of co-operation for the benefit of the two countries and their peoples,” stressed Xi Jinping.

The Chinese leader wished Aleksandr Lukashenko success in his work and good health, prosperity to friendly Belarus, and happiness and prosperity to its people.