A protocol meeting has been held today between Belarus’ Defence Minister, Lieutenant General Viktor Khrenin, and the Ambassador Extraordinary and Plenipotentiary of Russia to Belarus, Boris Gryzlov – as reported by the Belarusian Defence Ministry’s Telegram channel 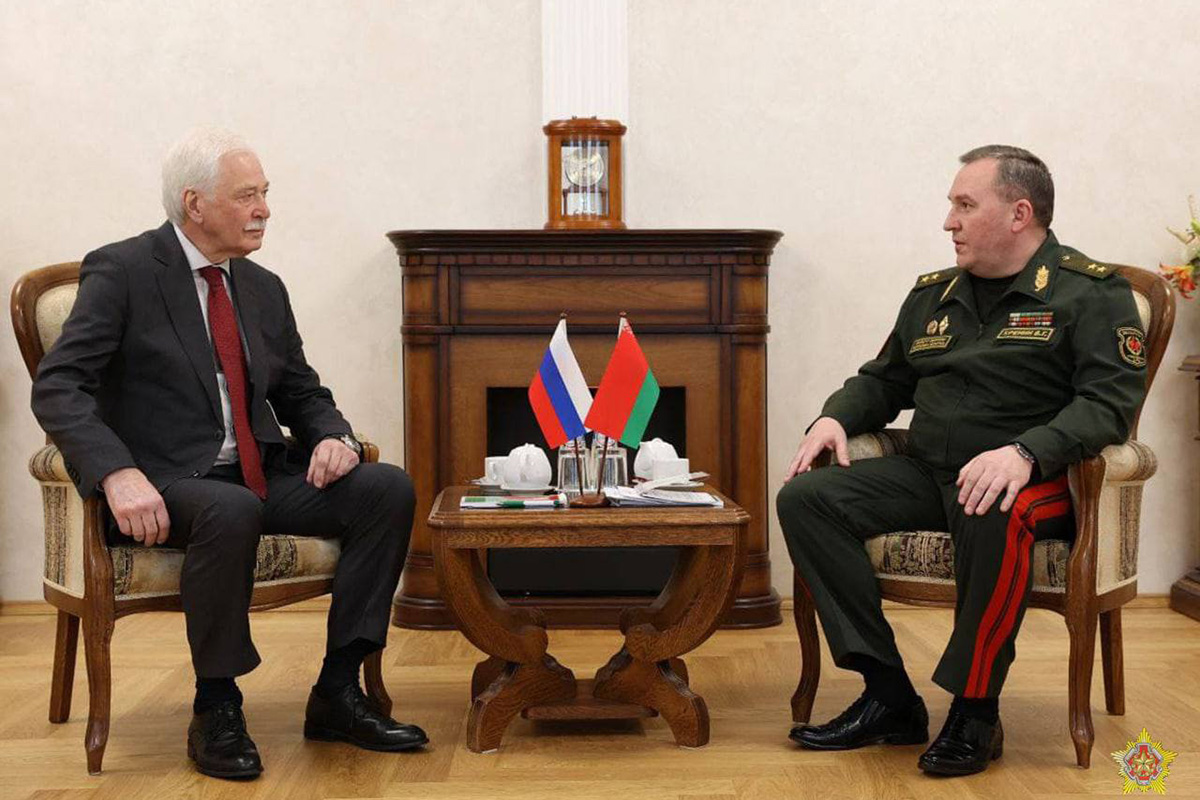 The sides analysed the current state of co-operation, while discussing promising areas for further liaisons, taking into account national interests and priorities.

As informed, Belarus’ Defence Minister noted that co-operation in the military sphere between Belarus and Russia is of a strategic nature and is an integral part of the entire range of bilateral and multilateral relations, while also playing an important role in the system of ensuring Belarus’ military security.

At the end of the meeting, Viktor Khrenin and Boris Gryzlov confirmed readiness for further co-operation in areas of mutual interest.