Forecasts of socio-economic development indicate that Belarus' GDP will grow by 2.9 percent next year – as announced by the Economy Minister, Aleksandr Chervyakov 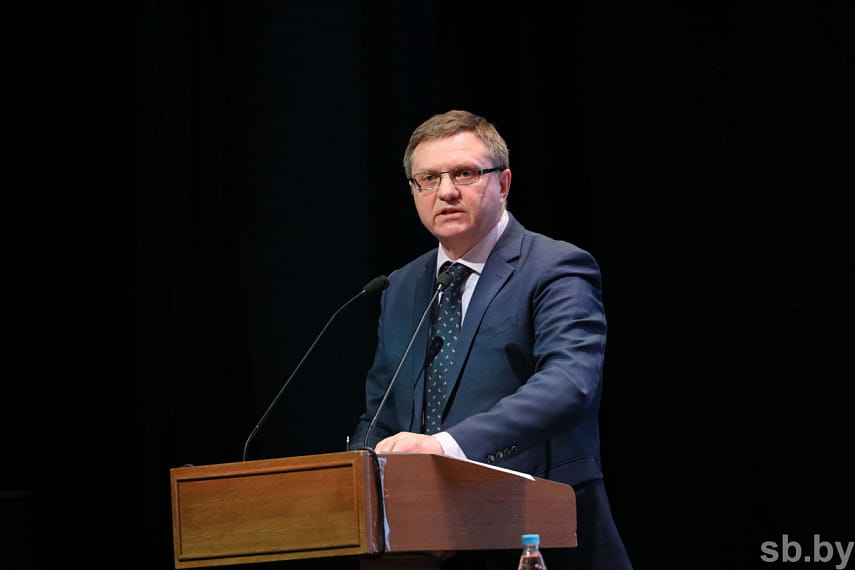 According to the official, economic development will mostly rely on external demand rather than domestic – which ensures stability of our financial system and the economy as a whole.

Meanwhile, forecasts for 2021 are special since development of the economy is being planned under the sanctions pressure. Mr. Chervyakov commented, “Of course, this leaves its mark on our industries’ development. Our task is to ensure that sanctions affect the industries and, primarily, our population at minimum. With this in mind, we have prepared a draft decree of the Head of State, with a focus on three key tasks. We primarily aim to increase exports – up to $46bn, with a positive balance of more than $2bn. This is an important task for us. We should take advantage of a window of opportunities to increase our exports, as the markets are growing – to sell as many our products as possible.”

Moreover, investments in the economy are tasked to rise. “The priorities are outlined by the socio-economic development programme. We’ll primarily give preference to projects that are aimed at import substitution and use of local raw materials. The task is to create projects and production facilities that would increase the depth of processing and enhance enterprises’ competitiveness. The third goal deals with the growth of our citizens’ income. Nominal salaries are expected to make Br1,551 (around $620), with more than Br1,600 ($640) in the real sector. Accordingly, if these three tasks are realised, the economic growth rate will make about 102.9 percent next year,” Mr. Chervyakov said, adding that a draft decree also envisages price regulation, with no more than a 6 percent rise since the beginning of the year.