Serious passions are boiling in the EU. Let’s see where the dividing lines are and what result they will produce. 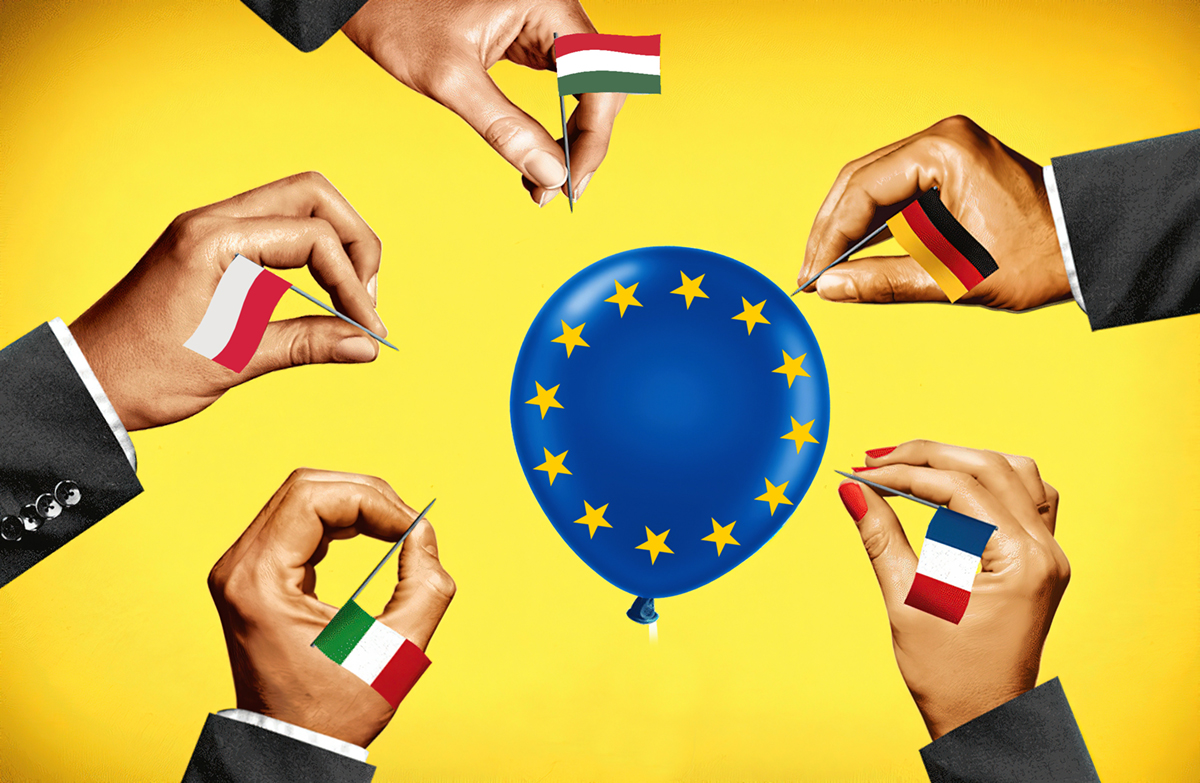 An exemplary punishment of Polish authorities by the European bureaucracy for their disobedience in the form of a fine of 1m Euros per day (the refusal to cancel the possibility of disciplinary pressure on judges in Poland was the reason) is another signal indicating that something is wrong with the infamous unity and solidarity in the European Union.

The first bells rang several years ago. Governments of some Eastern European countries refused to host migrants from the Middle East. Germany, France, Italy and Spain took on the main burden at that time — becoming the main destination for refugees fleeing from war and devastation.
The situation is repeating itself these days. Eastern European countries are becoming the main entry gates for migrants but are not satisfied with the trend — striving to shift their problems to Brussels and Berlin. Through this, they actually contribute to the penetration of refugees from their territories further to the west, no matter how they try to portray a fight against illegal migration.

In fact, all the high-sounding words about European solidarity and commitment to common values turn out to be fiction: when faced with real problems, national egoism comes to the fore.

It was very clearly manifested at the beginning of the COVID-19 pandemic when the EU countries were fighting a new scourge alone for a long time, and the European Commission was simply incapacitated for a long period and rendered no assistance. European states closed their borders and introduced lockdowns, without looking back at any European bureaucracy.
Only now is the EU beginning to develop some common approaches — offering a multibillion-Dollar plan to restore the economies of the countries most affected by the pandemic. However, it turns out that there is no unity, and Poland and Hungary can be punished for their obstinacy — being deprived of these funds.
The Polish Prime Minister, Mateusz Morawiecki, even compared the situation with the beginning of the Third World War which the European Commission could allegedly start. That is, serious passions are boiling. Poles want to receive money from Brussels and also put their national right above the European one — and also curry favour with the United States as a ‘Trojan horse’.

The split lines in Europe are present not only because of the attitude towards migrants and attempts to get out of supranational jurisdiction. The EU is losing unity also due to an external multidirectional influence.
After Britain’s exit from the EU, it became quite obvious how much its interests diverge from the interests of continental Europe. This can be seen by the example of strained relations with France: this involves a conflict over fish in the English Channel, contradictions between the French and Anglo-Saxons around Australia and Oceania, and assistance in militarisation of Ukraine which is becoming a powder keg of Europe and an obvious headache for the EU.

The UK and the USA project their interests inside the EU, including through the Eastern European ‘Fronde’ to Brussels — Poland, the Baltic states and Romania which are trying to form a cordon sanitaire between Russia and Western Europe, while actively selling their services to the Americans.

In turn, Germany, Austria and Italy are trying to find mutual understanding with Russia in the energy sector, promoting Nord Stream-2 which is disliked by Poland, the Baltic states and their overseas patrons.
Poland and the Baltic states have actively engaged in the process of militarisation on the eastern borders of the EU, and it’s a big question whether it fully meets the interests of Brussels, Berlin and Paris since, in this case, new points of tension will weaken them and play in favour of the Anglo-Saxons, for whom conflicts inside Europe and on its borders are an opportunity to increase their influence and manage the process.

It is obvious that the idea of European unity, European values and the European Union itself as an institution are experiencing a serious crisis. In fact, there is no solidarity at all, and values do not arouse enthusiasm in the member states. Especially those values that are brought to the point of absurdity, which ignoring entails fines and sanctions.
Does this mean that the EU will degrade and break up in the near future? Probably not. Too many resources and efforts have been invested in it, so disobedient members, such as Poland, will be brought to order, punished and used to show everyone else who is the boss in the Union. The most sensitive punishment — with money — is likely; without it, the countries of Eastern Europe will not last long.
However, punishments do not negate the existence of serious problems with strategic thinking in the EU. If it had been at the proper level, many crises both within the Union and on its borders could have been avoided. This applies to refugees, the situation around Ukraine and Belarus, and relations with Russia.

Strategic lack of independence and short-sightedness are the main problems of Europe to which solutions are not yet visible.

In military and political terms, the EU is still under the umbrella of NATO, which means that the security of Europe depends on the will and intentions of the Americans. We have seen more than once recently how the United States can work against its own allies.
In terms of values and ideology, the EU still believes in its own exclusivity and mission, although it has long been clear that the interpretation of European and universal values promoted by the EU cannot be acceptable even in neighbouring societies: Turkey, Russia, Belarus, and so on.
However, this does not negate the desire to impose these values and make them the absolute criterion of truth — which leads to conflicts and contradictions. The European Union will face an unenviable fate if it fails to change its approaches, become more suited to the changed situation where Europe does not have a monopoly on the truth and where it is necessary to negotiate with its neighbours for the sake of ensuring common security.