A visit to the Minsk Dairy Plant was not initially included in the schedule of President Aleksandr Lukashenko, but the Head of State arrived at the enterprise unexpectedly, thus reacting to signals from citizens about an alleged shortage of certain types of dairy products on store shelves – as noted by Natalya Eismont, the Press Secretary of the Belarusian leader, BelTA reports 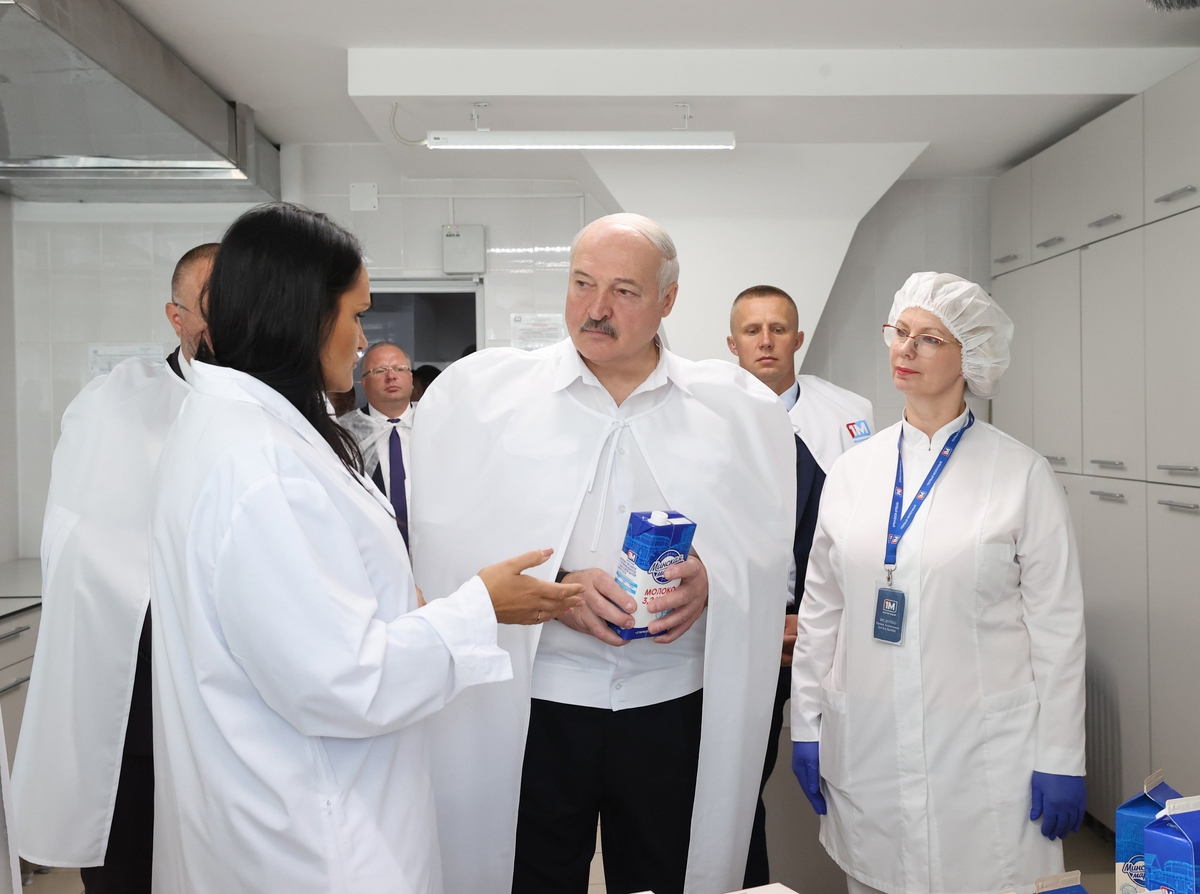 “The event in the President’s schedule appeared spontaneously for everyone. Initially, a completely different format was proposed: inspection of the harvesting campaign. The traditional format envisages an inspection of a field, and possibly a dairy complex. Meanwhile, the harvesting campaign is in full swing, and, in this regard, everything is fine, since the President has everything under his control. Therefore, the Head of State decided to dedicate the day to milk processing issues. The point is that the President hears the signals coming from Minsk residents that allegedly somewhere in the domestic market there is a shortage of dairy products, particularly whole-milk products,” Ms. Eismont said.

Accordingly, the President reacted to these signals and visited a dairy plant in Minsk to see how things really are.

“In this case I would like to underline that the President did not see any problems with providing the Belarusian capital with milk and whole-milk products – just as there are no and there won’t be problems with supplying Belarus’ internal market with any other food products, be it meat, fish or milk,” the Press Secretary of the President added.

Aleksandr Lukashenko drew attention to other problems, which are also allegedly discussed: spare parts for equipment in the dairy industry and availability of packaging materials.

“In this regard, there are also no serious, problematic issues. Everything is working. Moreover, tough tasks were set for the Agriculture Minister and other responsible officials to ensure the Belarusian manufacture of these components, spare parts and packaging by the end of this year. Of course, these tasks will be completed,” Ms. Eismont informed.