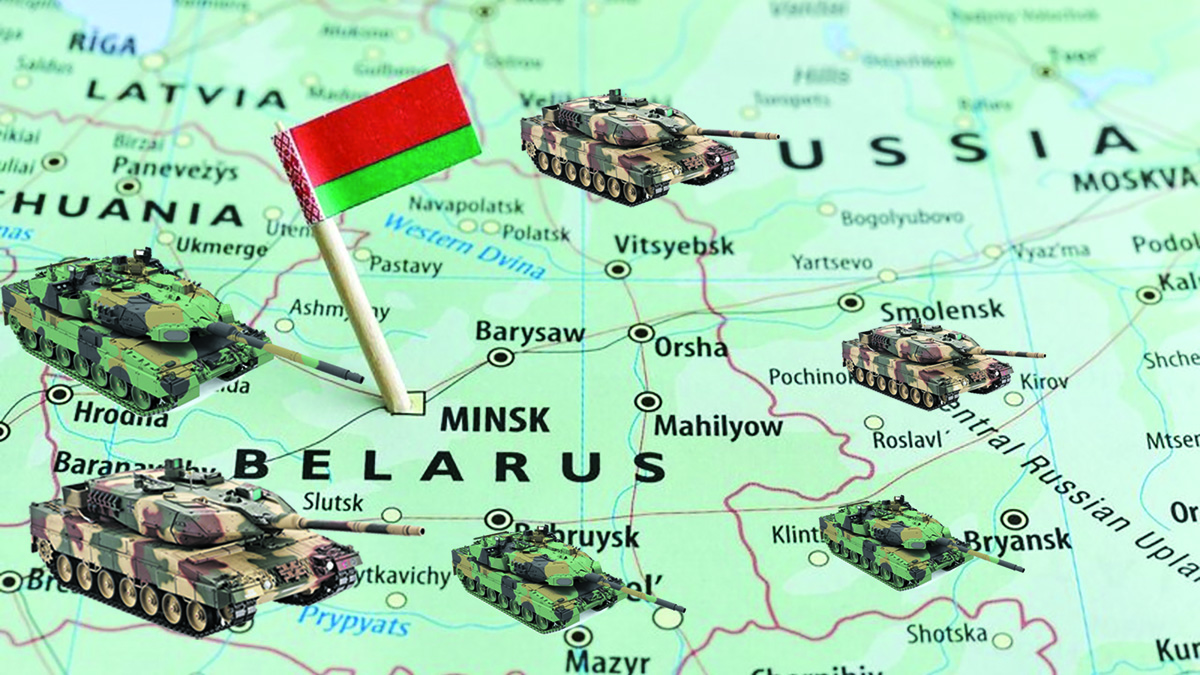 Our western neighbours — Poland and the Baltic countries — have finally decided to close the possibilities for a constructive resolution of the refugee crisis. Instead, they chose the path of further escalation and militarisation, as evidenced by new exercises, trains with heavy weapons from the Americans moving from Germany to Poland, and maintaining a constant tension in the form of thousands of soldiers concentrated at the borders.

The aim of the Eastern European elites is simple: to prove to the rest of the West that they are the front line of defence against the terrible East — Belarus, Russia, Asia — and that they need to allocate as much money as possible for this to be spent on walls, weapons and means of fighting refugees. In general, to create a new iron curtain.

We often talk about a new cold war between the West, Russia and China, and the actions of the Polish authorities and the Baltic limitrophe states confirm that this is not just a figure of speech. 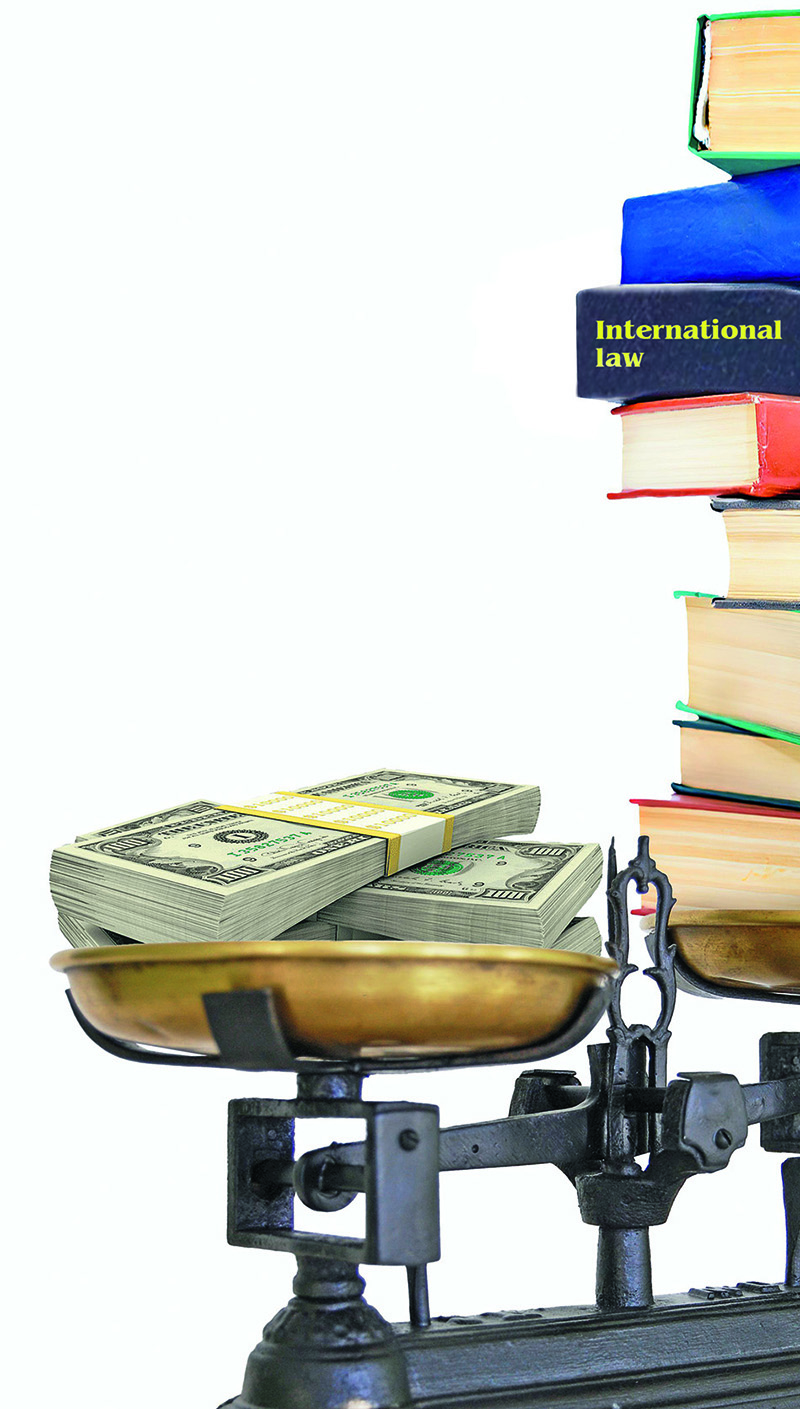 What is the main purpose of all this? In addition to receiving more and more subsidies for weapons and military infrastructure, on which the elites of the bordering states from the western side make money, supporting their economies during the crisis, there are other internal political goals: the complete suppression of the opposition, an alternative opinion, the retention of power on the rhetoric of mobilisation and the search for an external enemy.
And this is happening here — the anti-Belarusian and anti-Russian hysteria purports to have concerns about human rights, freedom of speech and European values. The threat of war supposedly will write off everything, partially it turns out. We see how the main European authorities are silent about what is happening on the border with refugees and how harshly they suppress the attempts of journalists and human rights activists to even help them.
Meanwhile, there are also goals in this behaviour that are determined by more powerful patrons: the United States, Britain, the Euro-Atlantic lobby in Europe. Their main task is to destroy the union of Russia and Belarus, change the political system in our country, create chaos in Eurasia, and block transit routes.
The Union State of Belarus and Russia has long worried Euro-Atlantic strategists. It is not for nothing that they write in numerous reports of their ‘thought factories’ that they feel a great threat to themselves from this union: they are worried that between the Kaliningrad Region and Belarus the Suwalki corridor is too narrow, which will be very difficult to defend from a hypothetical attack, and therefore it is necessary to attack first.
They see the threat of an attack on Ukraine simultaneously from the north and east, from Belarus and Russia, and therefore it is necessary to actively equip the Ukrainian army with lethal weapons, but in fact, cover up the supply of used weapons for loans issued to the Ukrainian side — that is, this is a debt hole in which our southern neighbours are immersed deeper and deeper.

The goals of the Americans and the British are, with the help of the Poles and the Balts, to prevent the development of our integration and allied relations, so that we spend more and more funds on defence and security instead of economic development. It is for this that constant tension is needed on the Union State borders, the creation of impenetrable barriers there.

An example of strength

However, Belarus and Russia have an answer. All clever attempts to knock our heads together, to drive a wedge into our relationship invariably fail. The leaderships of our countries are well aware of what is happening around us and why hysteria around the topic of refugees and migrants is needed.

Within the framework of Union State relations, we are responding to this proportionately to the threats that we actually see. These are allied exercises and joint patrolling of air borders, the creation of joint training centres and the adoption of the allied Military Doctrine, which defines a common vision and approaches in the defence sphere.

In the military sphere we have an answer, that’s why pressure is futile. There are also political and diplomatic measures. We see very close interaction between the foreign affairs ministries of our countries, we have effective co-ordination of foreign policy, and we observe constant support at all international platforms from the Russian Federation.
This is very valuable, because they are trying to block us everywhere, to deprive us of the opportunity to defend our position and sovereignty, and we do this with the help of Russia where our opportunities are limited. Moreover, Russia itself is well aware of the fact that behind all the latest attacks on Belarus, one can see far-reaching plans to weaken Russia’s position, isolate it and deprive its last allies.

However, the western strategy of weakening our countries and our union can hardly be called successful. The more pressure is put on us, the stronger and closer our allied relations are, as evidenced by the signing of 28 Union State programmes, as well as the adoption of doctrinal documents in the area of defence and security.

There is one more reason for escalating the situation on the western border of the Union State: the West needs to show that everyone who does not obey its pressure is doomed to constant tension, being drawn into an arms race, sanctions and international restrictions.
Thus, they unfairly compete with other integration blocs and civilisations, and the more they feel a threat to their dominance in the world, the more nervous their actions become, especially in the border regions, to which we also belong.
But here, too, there is only one answer: we must show an example of the strength of allied relations, common sense and resilience, despite all the threats from the western side. This example is very important for all those who do not want western domination over themselves. We show how to defend one’s own independence and how you need to and can build strong relationships.
Paradoxically, the pressure at the border helps us in this. As the people say, there may be no happiness, but misfortune helps. So they won’t succeed, and we will become stronger.