On meeting the Ambassador Extraordinary and Plenipotentiary of the Bolivarian Republic of Venezuela to Belarus, Franklin Ramirez Araque, the Chairman of the House of Representatives, Vladimir Andreichenko, noted that meetings of the kind at Belarus’ Parliament are already a kind tradition 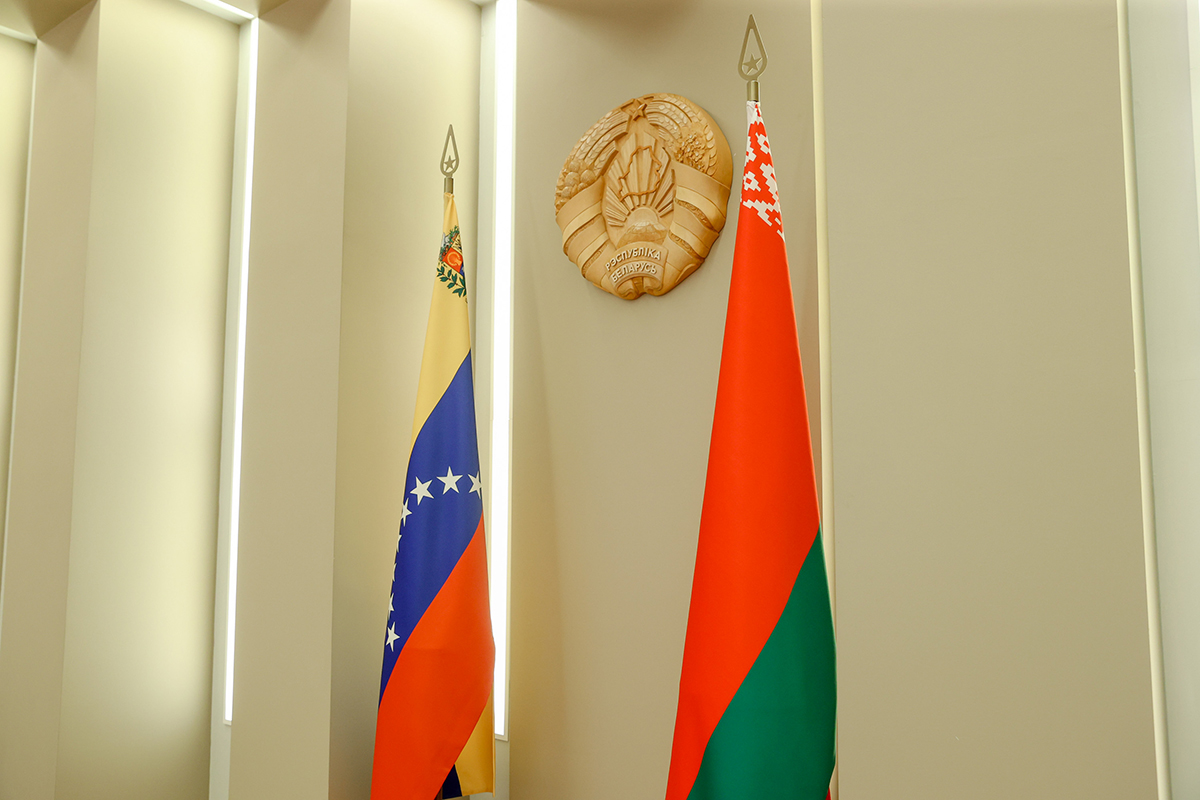 “This is a good sign for further development of co-operation between our countries and establishment of closer political, trade, economic, and humanitarian ties. Venezuela is a key, promising partner for Belarus in Latin America. Of course, we really appreciate the friendship that has developed between our countries and peoples,” Mr. Andreichenko addressed the diplomat.

The Chairman of the House of Representatives stressed that, last year, the presidents of Belarus and Venezuela appointed their special representatives, they exchanged visits. As a result of those meetings, ways were outlined to activate intergovernmental relations, restart economic projects in the field of joint ventures in the field of mechanical engineering, agriculture, and construction. In addition, the special representatives proposed directions for further Belarus-Venezuela liaisons.

“I am happy that our inter-parliamentary co-operation is also developing. A couple of days ago, I received a message from the Chairman of the National Assembly of Venezuela with a proposal to restore the work of working groups between our parliaments. This issue was also discussed during a visit and a meeting in Parliament with Adan Chavez in 2021. With this in view, I fully share the opinion of the Chairman of the National Assembly of Venezuela on the need to develop and intensify the inter-parliamentary dialogue between Belarus and Venezuela. After all, relations between our countries have always been built on the basis of respect, solidarity, friendship and support within inter-parliamentary organisations,” Mr. Andreichenko said.

The Chairman of the House of Representatives informed that a working group will be created in the near future – led by deputy Sergei Klishevich. Its members will be chosen, and the list will further be sent to Venezuela through personal diplomatic channels.

Mr. Andreichenko added, “Upon completion of the organisational work, I think it would be appropriate to hold an online meeting of the working group heads and determine the ways of further co-operation between the parliaments of Belarus and Venezuela.”