To preserve the heroic legacy and truth, to prevent new challenges and threats, to make adjustments to the work on the patriotic education of young people: what else was discussed at the meeting on the implementation of historical policy


The first big meeting in the coming year at the Palace of Independence was devoted to the implementation of historical policy. Aleksandr Lukashenko announced the purpose of the issues under discussion, “We must prevent new challenges and threats in the sphere of national memory... The task is to prevent the development of ideas that could undermine the country in the future.”

The participants of the event include scientists, historians, experts. Aleksandr Lukashenko noted that the coming Year of Historical Memory ‘will be marked by the preservation of the heroic heritage and truth about all periods of the life of the Belarusian people’. It is necessary to systematise historical research, memorial complexes, to determine the dates, events, personalities that should be immortalised for the future, to make adjustments to the work on the patriotic education of children and youth based on the facts of the heroic deeds of Belarusians. The President assesses the importance of these processes, “Today all this work is one of the most important directions of ensuring the national security of Belarus. And this means that you and I will have to pay the closest attention to the issues of the so-called historical policy.”
In this regard, an important remark from the Head of State,

“For the first time in the years of our independence, we put these two concepts — ‘history’ and ‘politics’ — side by side. Until now, we have tried not to politicise history. The political course of the country chosen by the Belarusian people was aimed at maintaining good relations, first of all, with our neighbours.”

Tool in the hands of politicians

The President recalled that some of our neighbours have built their own hi- storical policy, formed institutions and programmes, building concepts for very specific political goals,

“For some, as I have already said, Belarus is a launch pad for an attack on Russia. Others suffer from phantom pains — everyone is looking for their historical lands here. Nehither the former nor the latter need sovereign Belarus and the Belarusian people. Considerable funds have been thrown for these purposes since the 90s, when the period of frantic politicisation of history began. 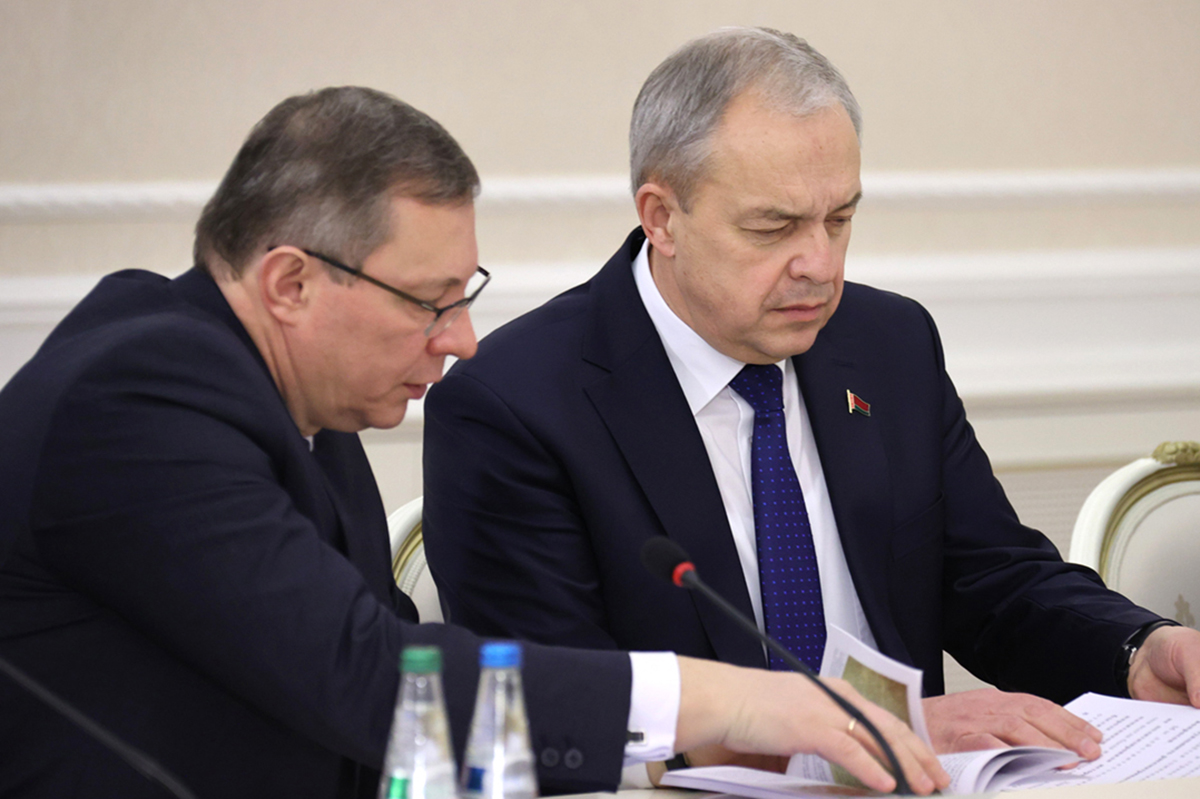 
It was turned upside down. Society was split. We were on the step away from the loss of national statehood. Not without the help of Soros and related people, who took up the publication of new textbooks on the history of Belarus.”
Aleksandr Lukashenko drew attention to the fact that until 1994, the American-led ‘svyadomyya’ (so-called opposition) managed to rewrite a lot and teach this to the children, “Those pupils and students brought up on the historical fakes created at that time are parents themselves today. Now we see the result of the romanticisation imposed on us in those years and the emphasis on certain periods in the history of the Belarusian people. In the minds of some of our youth, Napoleon, who promised to restore the Polish-Lithuanian Commonwealth, is a ‘liberator’...”
However, the President stressed, there is nothing to be surprised at, given that there were more portraits of Lithuanian and Polish nobility throughout the country than, for example, heroes of the Great Patriotic War or modern history,

“We saw the fruits of such a ‘patriotic’ upbringing in 2020. But every cloud has a silver lining. Thanks to these events, now everyone knows the true history of the symbol of the occupation of their native land and the betrayal of the Belarusian people. Many who hung white-red-white flags on their windows today are ashamed of this. They understand who controlled them. The bad thing is that in this case we had to react to events. And they should have been prevented. We must admit that the pages of our national history have turned into an information battlefield. And it is not something new.”

“Today, historical politics for us is a strategy of self-preservation in the context of a global redistribution of spheres of influence in the world. This is a national security factor.”

The President gave an example,

“For example, let’s call the period of the Polish-Lithuanian Commonwealth the occupation of the Belarusian land by the Poles in history textbooks, as well as in castle and museum expositions. Ethnocide of Belarusians. And what was it for our ancestors? The native language, culture, faith were prohibited. People could not do anything, couldn’t be human. The barons exchanged Belarusian peasants for dogs. But the people survived and, moreover, preserved their uniqueness.”

The Head of State drew attention to the speculations that are on the topic of the Grand Duchy of Lithuania, “Modern Lithuanians have actually privatised the legacy of this state formation. But what was there of Lithuanian origin? The language was ours, the Constitution — the Statute — was written in it. The dominant faith was Orthodoxy. The territory was mainly Belarusian, Ukrainian and partially Russian lands. The people were 80 percent ours. Slavs. And these are the main attributes and signs of statehood. In addition, when the Polotsk and Turov principalities thundered throughout Europe as centres of spirituality and enlightenment, the ancestors of the Lithuanians still lived in the darkness of paganism and conducted a primitive economy. I say it just as it is.”