Who benefits from sabotage on gas pipelines in the Baltic Sea?

On September 26th, the integrity of the pipes of the Nord Stream 1 and Nord Stream 2 gas pipelines was violated. The first underwater shock near the Danish island of Bornholm was registered by stations of the Swedish National Seismic Network at 02:03 local time. 17 hours later, at 19:03, the Swedes registered a second, more powerful shock in the same area of the Baltic Sea — the explosion was so strong that it caused a magnitude 2.3 earthquake on the Richter scale. In an interview with SVT, professor of seismology Björn Lund emphasised that we are talking about explosions, but not underwater landslides or other natural events. 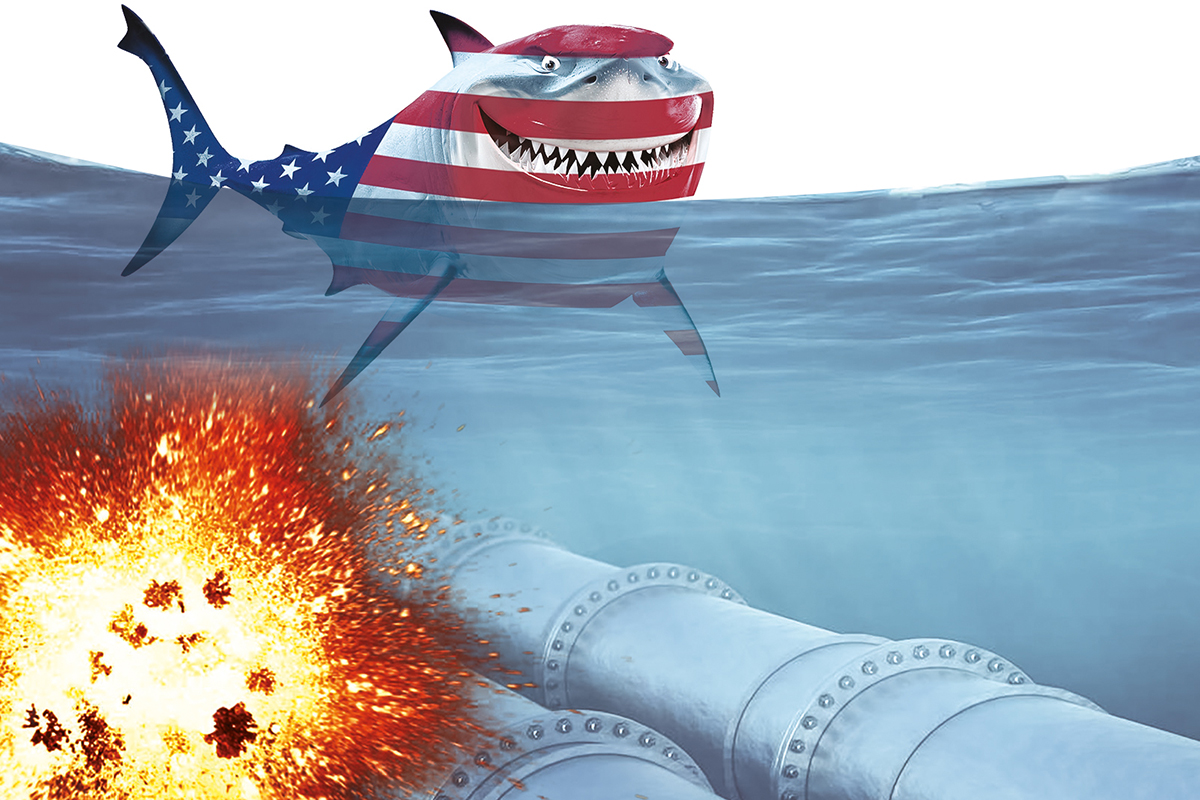 Around 3:00 on September 26th, the duty shift of the Nord Stream AG gas pipeline operator recorded a sharp drop from 300 bar to 20, and then to 7 in pressure in the Nord Stream 2 branch filled with technical gas. In the evening, the situation repeated, but this time with Nord Stream 1. As a result, both pipelines were disabled.
On the morning of September 27th, the German edition of Tagesspiegel was the first European media to publish a version according to which gas leaks could be caused by sabotage. The opinion of the editors of one daily newspaper has become almost generally accepted within just a day. Prime Minister of Denmark Mette Frederiksen said that the explosions are not accidental and are the result of deliberate actions. The government, she said, views the situation as very serious.

This position was also supported by the EU leadership: High Representative of the Union for Foreign Affairs and Security Policy Josep Borrell also called the incidents deliberate.

‘Direct sabotage’ as a priority version of what happened is also considered in the Swedish police. Norwegian Minister of Petroleum and Energy Terje Aasland said that his country is immediately introducing a high alert regime on its continental shelf and dropped a cryptic phrase that one of the reasons is the activity of some drones.
As of the morning of September 28th, specialists from the gas pipeline network operator found leaks on three of the four lines at a depth of 70 to 88 metres: two on Nord Stream 1 (in the exclusive economic zones of Denmark and Sweden) and one on Nord Stream 2. Three gas spots with a diameter of 200 metres to 1 kilometre formed on the surface. Around them, the Danish military established a 5-mile security zone. The Danish Navy frigate Absalon and the research ship Gunnar Thorson were sent to the disaster area. 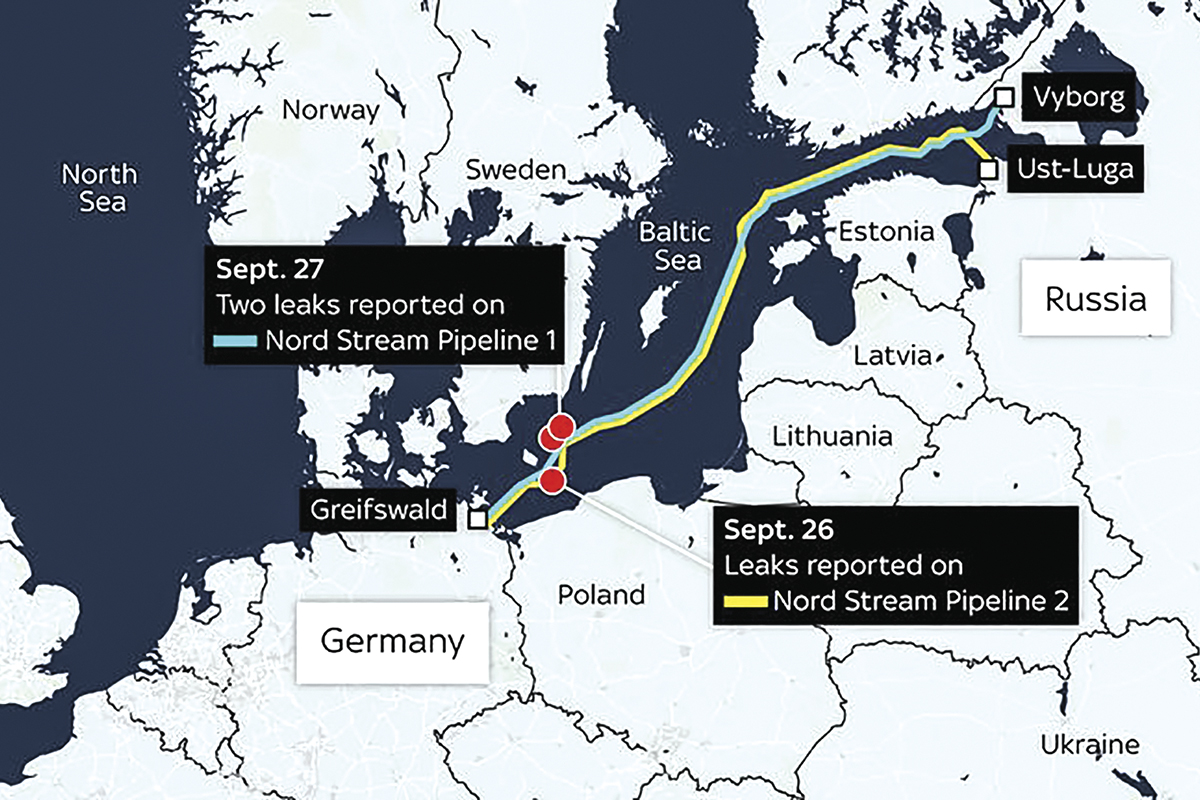 On the evening of September 27th, former Polish Foreign Minister and MEP Radoslaw Sikorski posted a tweet with a photo of one of the gas spots and the caption: ‘Thank you, USA.’ It seems that the joy of destroying the gas pipe that was lumped in the throat clouded gentleman Sikorsky’s brains, and he gave away the farm — the main beneficiaries of the sabotage — the United States.

In fact, long star-striped ears stick out behind the backs of unknown (or maybe quite well-known) saboteurs too clearly.

Judge for yourself: the week before last, a scandalous document authored by the RAND analytical corporation was published in Sweden, in which the American strategy for destroying the German economy and turning the most powerful locomotive of the Eurozone into a miserable dependent semi-colony was described step by step. The highlight of the programme was precisely the coercion of Germany, the main consumer of ‘northern’ gas, to abandon cheap Russian energy resources in order to shut down its enterprises and extract industrial and human resources.

The Nord Stream project had to be stopped by any means in this concept, otherwise the whole plan would collapse like a house of cards if relations between the Germans and Russia returned to a constructive course.

Back on February 7th, before the start of the Russian special military operation in Ukraine, US President Joe Biden voiced a direct threat: “If Russia invades, that means tanks or troops crossing the border of Ukraine again, then there will be no longer a Nord Stream 2.  We will bring an end to it.” To a reasonable question from journalists how this can be done if the facility is under German control, Biden grinned and replied: ‘I promise you, we’ll be able to do it’. It seems that the leader of the ‘free world’ kept his word. True, for this it was necessary to resort to a terrorist act, but if we are talking about money and restoring the shaken influence of the former hegemon, then all means are good.
According to the already established unkind tradition, the European media are beginning to turn blame on Russia. They say that it was the treacherous Russians who blew up the gas pipelines built and certified with such difficulty in order to annoy the old Europe more strongly. So far, only noteworthy Russophobes from Poland and Great Britain have been noted in this field, but there is no doubt that the wave of fakes dispersed to cover up the true culprit will only gain momentum. 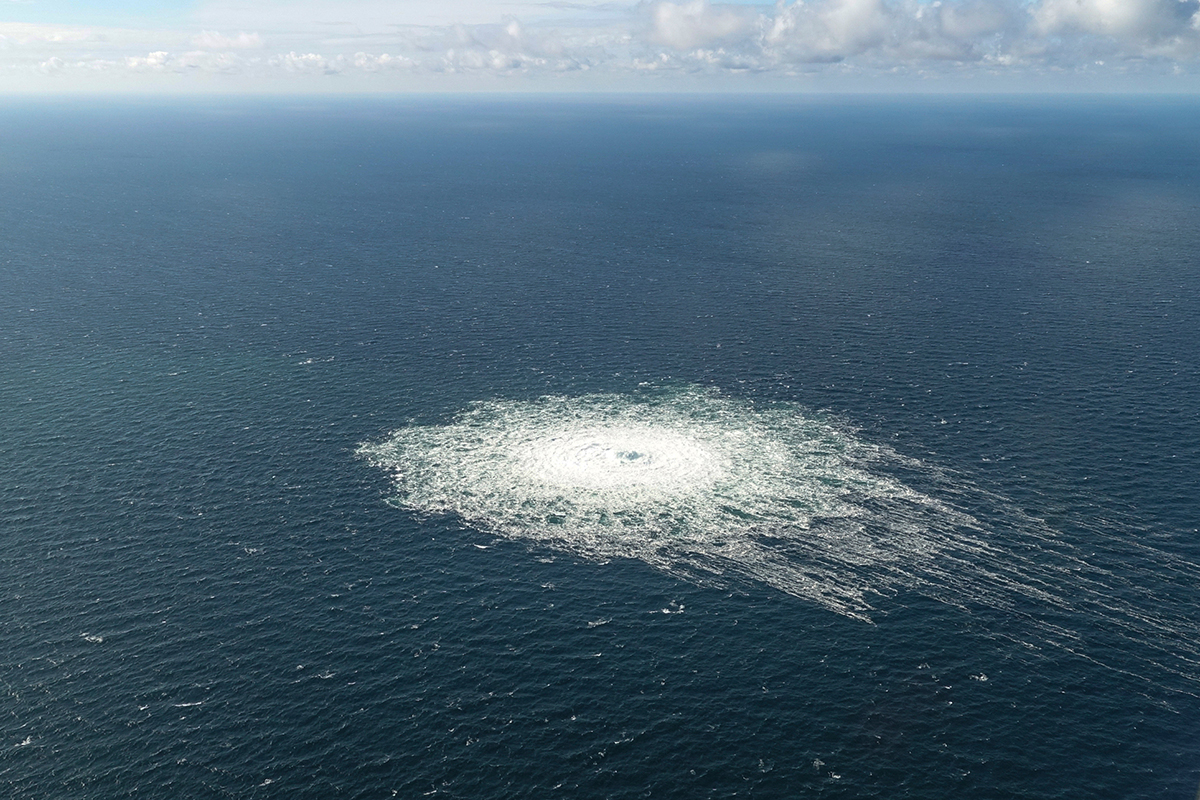 Anatomy of a terrorist attack

In July, the NATO exercises BALTOPS 22 took place in the Baltic Sea. According to the Sea Power authoritative naval magazine, experiments were conducted in the Bornholm area with unmanned underwater vehicles designed for sapper work. This year, a team of experts from the Naval Information Warfare Centre Pacific, the Naval Undersea Warfare Centre Newport, and United States Sixth Fleet Task Force 68 honed their underwater drone control and inter-unit communications skills. Sixth Fleet Science Advisor Anthony Constable spoke in an interview with the publication about some complex missions using acoustic communications in combination with specially equipped ships.
In early August, an amphibious landing group of the US Navy, led by the flagship of the Marine Expeditionary Force USS Kearsarge, entered the Baltic Sea. In conjunction with it, the USS Gunston Hall dock landing ship and several escort ships operated. For more than a month, the detachment was in the Baltic, participating in naval manoeuvres and paying visits to the ports of the Baltic states. As co-founder of the Russian Vatfor project Oleg Makarov wrote in his telegram channel on September 2nd, an MH-60S helicopter with the FFAB123 call sign from the helicopter carrier’s air wing circled for a long time in the area northeast of Bornholm, where a sabotage subsequently occurred. The activity of American carrier-based aviation was also observed there on September 13th.
From September 14th to September 19th, the flagship was in Gdynia, replenishing food and fuel supplies before leaving the Baltic. On September 26th, the USS Paul Ignatius destroyer arrived there, which was delayed only for a couple of hours and left in a hurry in the evening of the same day.
If we accept the version that it was the United States who organised the explosions, then a clear picture emerges: in July, work with miner drones was debugged, during August and early September, reconnaissance was carried out, including from the air. After that, a sabotage group landed in Polish Gdynia, which conducted a final reconnaissance, went on a mission, set mines, blew them up and was picked up from the water by a destroyer during the day on September 26th.