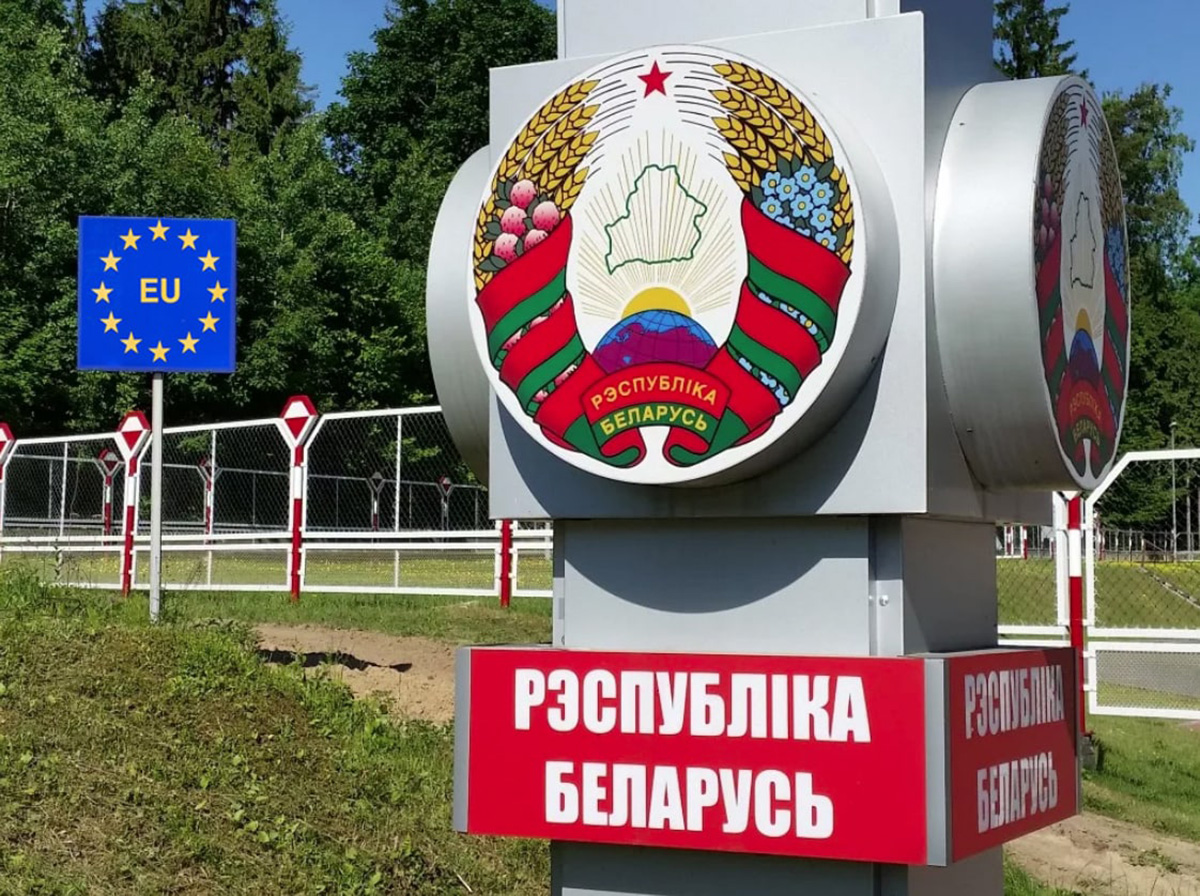 Despite the fact that the Polish Foreign Ministry asks its citizens to ignore the opportunity provided since July 1st to travel to Belarus on a visa-free basis, Polish neighbours, like Lithuanians, Latvians, rush to our country with pleasure to spend the weekend: they go to visit relatives, see the sights, buy Belarusian goods.

True, it has become more difficult to identify foreign guests on the street in Grodno, for example: earlier they walked in large groups with a guide, and now they walk in the company of friends and relatives. However, at the border crossing, cars with foreign numbers are easy to find in the queue. Our correspondents talked to the Poles crossing the border at the Berestovitsa-Bobrovniki checkpoint.
The Rudkovsky family drove up to the border post in a Hyundai SUV.
“This summer, in any case, we were going to visit relatives, as we haven’t been here for more than two years due to the pandemic,” says Yelena Rudkovska. “We wanted to open a visa for my husband. I called the Belarusian embassy, and they told me that visa-free entry was allowed. I didn’t even believe it right away, I asked again several times: is it possible without a visa? You have no idea how happy we all were! In Poland we live in a small town called Ostrołęka in the Masovian Voivodeship. To get a visa, one had to go to Warsaw, stand in line, fill out forms, and so on. Now none of this is needed. Finally, the children, Victoria and Daniel, will see their grandfather, and I will see my father.” 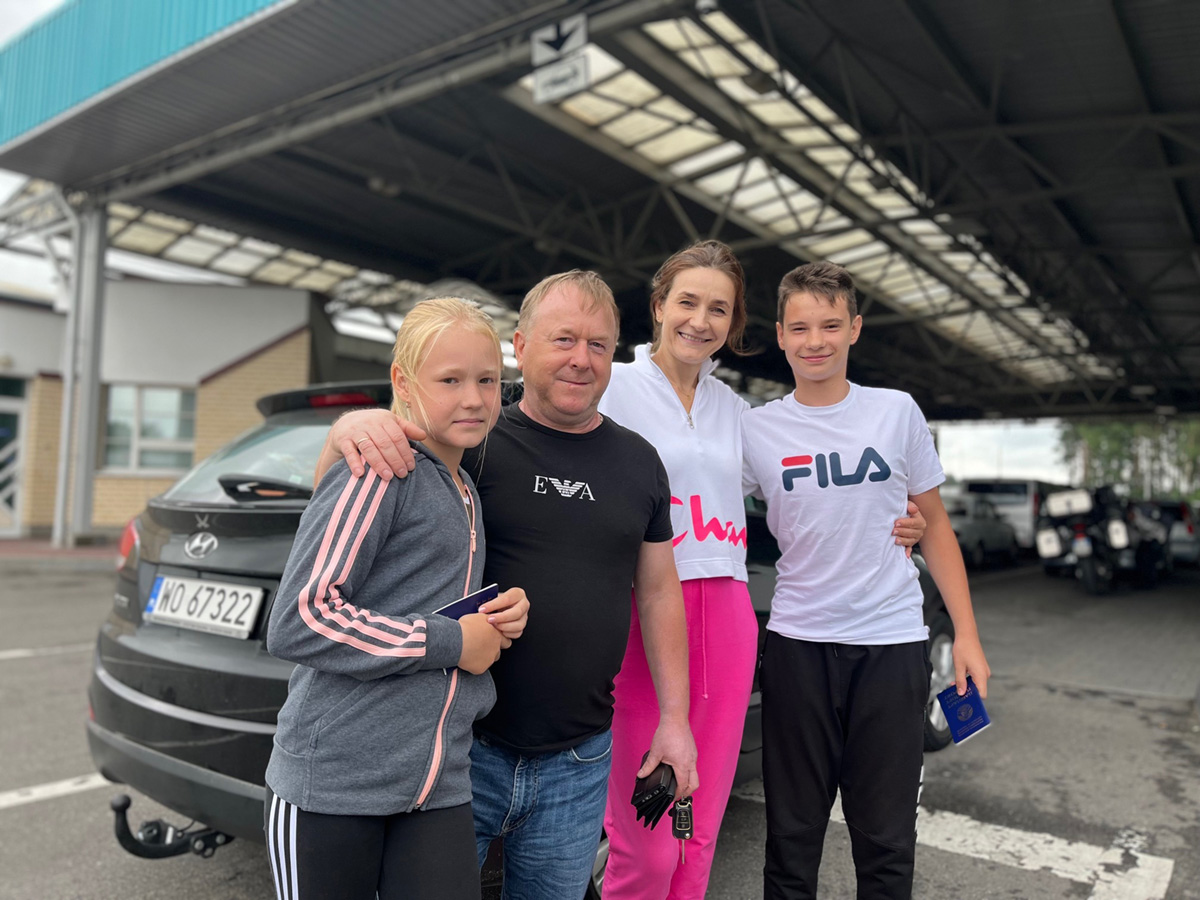 “We sat down and drove off,” adds Kazimir. “I really like it here. True, it is a little inconvenient that you have to make a circle through Berestovitsa. We are going to the village of Grebeni in the Grodno Region, which is very close to the closed Bruzgi-Kuznitsa checkpoint (this crossing was closed by the Polish side since November 2020 unilaterally).
The retired Włodzimierz Zrajkowski is driving from Bialystok in an old Volkswagen to see his friends.
“Very convenient,” the Pole shows his passport without a visa. “At one time I travelled all over Belarus. I was in Novopolotsk, Vitebsk, Brest. I was there as part of excursions, and just by myself. Once I helped Belarusians who got into trouble in Poland. Then they constantly invited me to visit, they received me well. I watch Polish television regularly, but I learned about the visa-free regime from my acquaintances. The authorities do not particularly advertise this possibility. And people still go. I decided to give it a try too and it worked.”
The official representative of the Grodno border group, Nadezhda Masevich, is responsible for the section of the border entrusted to her, “The flow of Polish citizens is increasing gradually. Perhaps not everyone knows that the visa-free regime has really been launched. People are ready to stand in line for hours to get to the Belarusian side.” 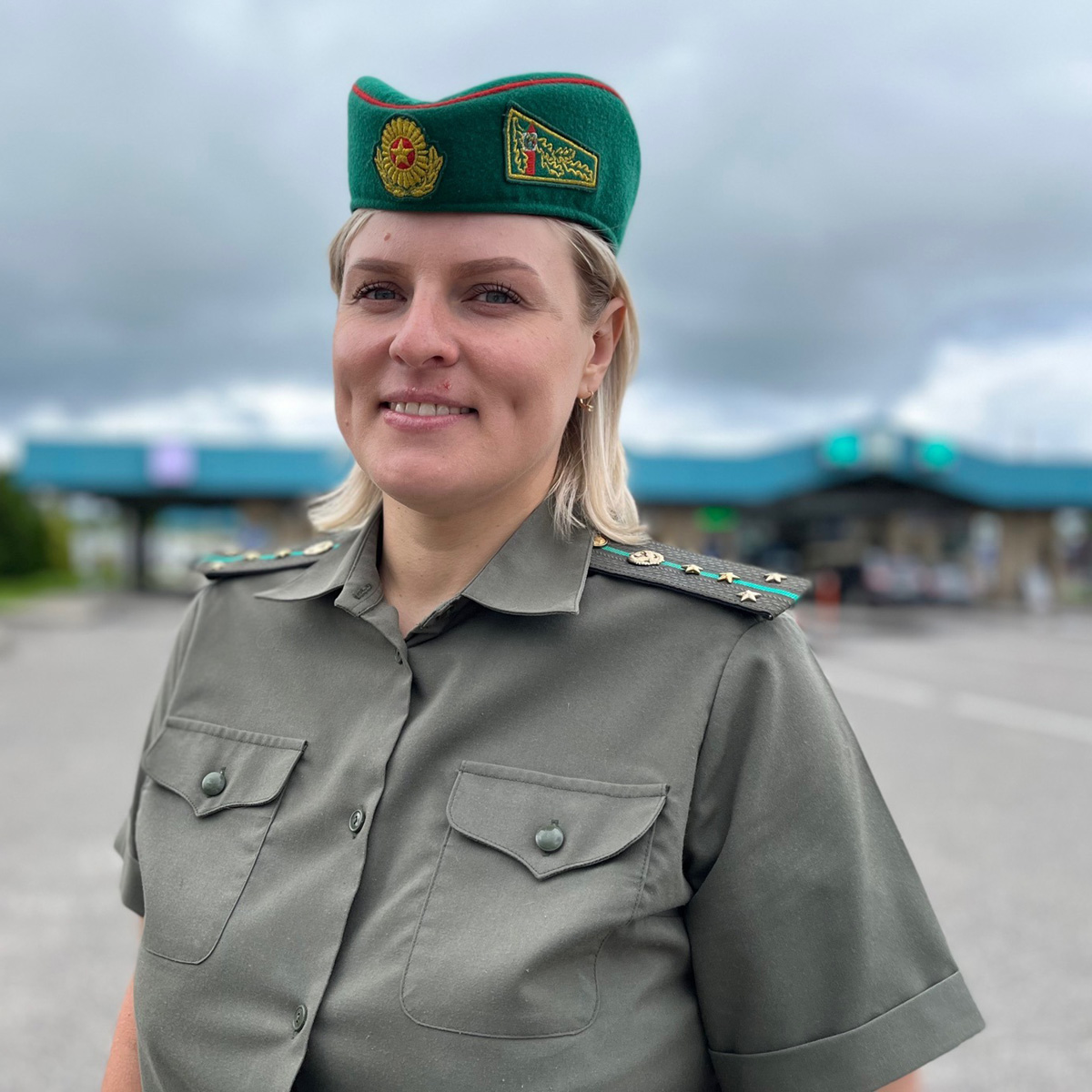 Nadezhda Masevich
According to the latest data, almost 700 Poles have crossed the Berestovitsa-Bobrovniki international checkpoint since July 1st. Since April 15th, when the visa-free regime for citizens of Lithuania and Poland began to operate, more than 9,800 Lithuanians and Latvians have passed through the Privalka-Raigardas checkpoint. They can freely move throughout the territory of Belarus, including staying in the border zone (no more than ten days).
Polish guests, adds Nadezhda Masevich, often complain about queues and difficulties with buying a green card for cars in Poland, “Queues arise due to the slow work of colleagues from a neighbouring country. A surge in tourist activity for both entry and exit is observed closer to the weekend. The capacity of the Berestovitsa checkpoint is 750 cars per day, but on the Polish side it does not exceed 40 percent of the daily rate.”
Pavel Shabeikin, director of the travel company SonNik Tour, notes that the tourist has recently become self-reliant, “Even in difficult pandemic times, buses with tourists from Poland, Lithuania, and Latvia came to us. These were, as a rule, weekend shopping tours. Foreigners willingly bought pharmacies in Grodno, with regard to grocery products, they were more interested in sweets and alcohol, they also bought bed linen, shoes and crystal. Now there are no such groups. We have only individual tourists who travel with specific goals: to buy real estate, visit iconic places, small homeland. Lately there have been few tourists from Germany, Norway, Spain and Italy. But for the foreigners themselves, the new visa-free regime is a definite plus.”
Deputy Head of Sports and Tourism of the Grodno Region Executive Committee Tatiana Lidyaeva confirms, “For the first half of 2022, the export of tourism services in the region increased by 60 percent to $4.1 million. The structure of exports of tourism services has also changed: the share of sanatoriums has increased, the share of travel companies has significantly decreased, which indicates an increase in the number of tourists who come on their own.”