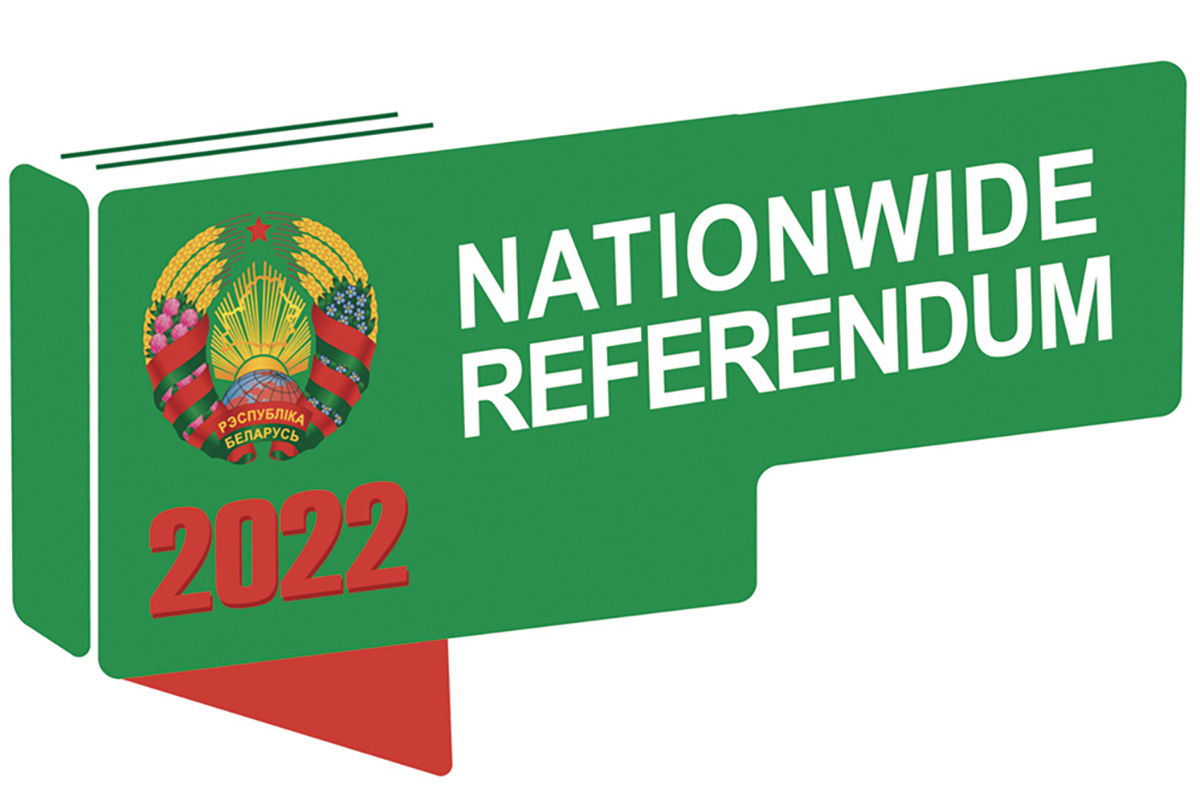 On January 20th, the President of Belarus Aleksandr Lukashenko signed Decree No. 14 ‘On calling the nationwide referendum’.


Taking into account the requirements established by the Electoral Code, the binding legal force of the decision adopted by the republican referendum is established. The procedure for the entry into force of such a decision is determined — ten days after its official publication. It is established that the decision adopted by the referendum is an integral part of the Constitution.
The Central Commission for Elections and Conducting Republican Referendums was instructed to organise the holding of a referendum, ensure the summing up of its results and exercise control over the implementation of legislation in the relevant area.

***
The campaign for public discussion of the draft Constitution has been successfully completed. More than 8.9 thousand opinions and proposals were received from Belarusians. The high activity of the citizens of Belarus has demonstrated their ardent desire to demonstrate their civic position and contribute to the development of the country. 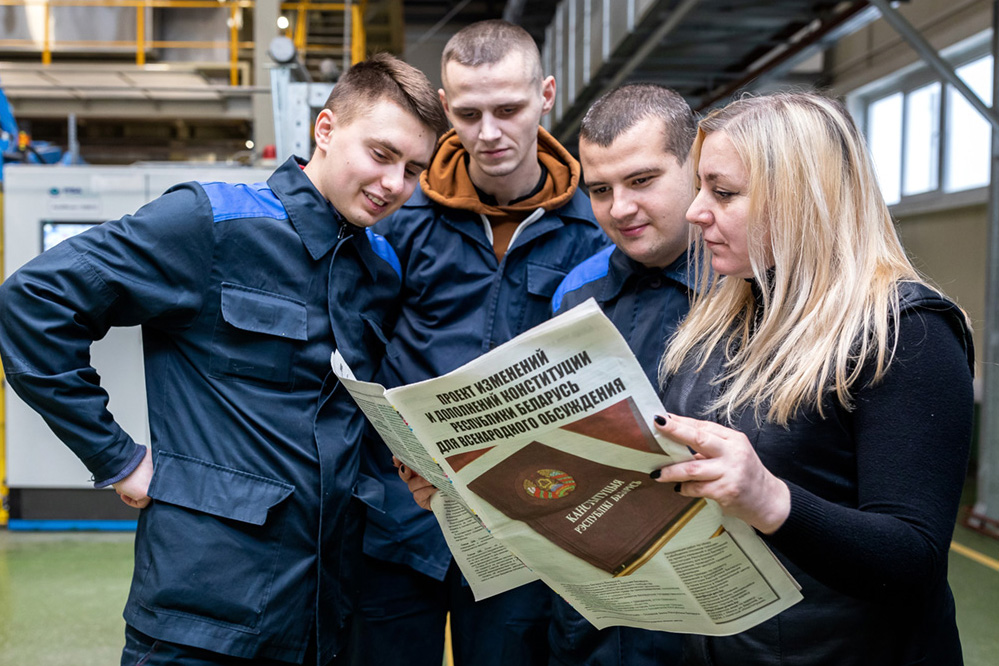 Oksana Kugan, Head of the Nonwovens Shop at SvetlogorskKhimvolokno OJSC, is discussing draft amendments and
additions to the Constitution with workers
Photo by Ivan Yarivanovich

All the necessary conditions were created in the country so that everyone could get acquainted with the amendments to the Constitution, as well as express their opinion. On December 27th, the draft amendments and additions to the Constitution in both state languages were posted on the Internet Portal of the President of Belarus and the National Legal Internet Portal for public discussion. To ensure maximum accessibility, the document was published by the main republican and local newspapers, placed in print and electronic form in city and district libraries. For persons with disabilities, the audio version of the draft is posted on the portal of the President of the Republic of Belarus.
Coordination of work on collecting feedback and proposals from citizens on the draft was carried out by the National Centre for Legal Information. Generalised information with proposals for the draft was regularly transferred to the President Administration for use by experts in finalising the draft. 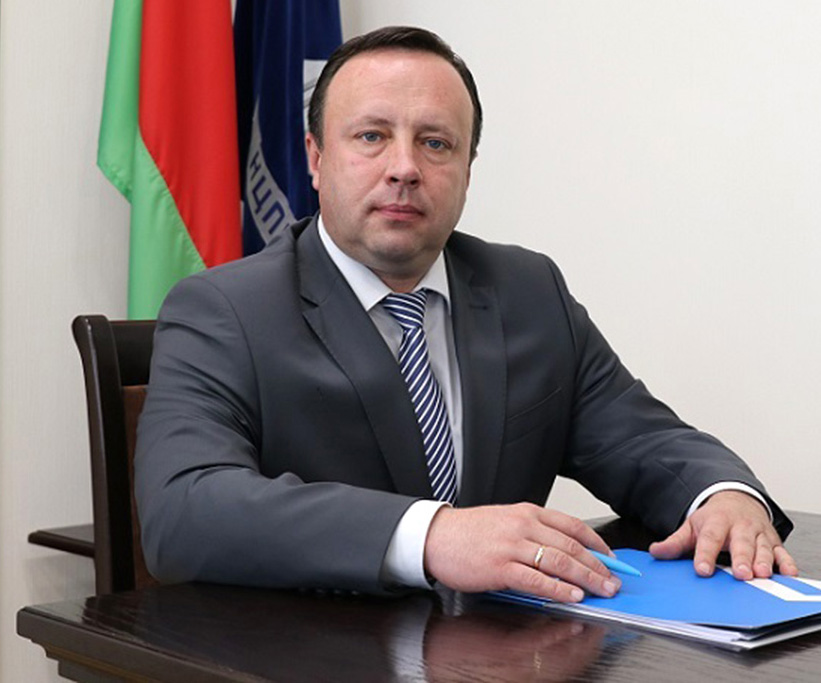 Director of the National Centre for Legal Information Andrei Matelsky shared the details with reporters, “For three and a half weeks of nationwide discussion, the text of the draft Constitution on the National Legal Internet Portal was viewed 227,044 times (of which 1,547 times were in Belarusian), downloaded for viewing on mobile devices 10,189 times (of which 217 were in Belarusian). The Centre processed 8,919 opinions and proposals on the content of the draft. According to the sources of providing information: 88.7% of opinions and proposals were received directly by the National Centre for Legal Information, 8.5% — from public associations, 2.8% — from state bodies. More than 20 letters from labour collectives were also sent.”
According to him, citizens preferred electronic communication as the main channel for sending their proposals, “90% of opinions and proposals were received through filling out an electronic form on the National Legal Internet Portal and sending e-mails. By written correspondence —10%. The high activity and opinions of our citizens expressed in the framework of the nationwide discussion confirmed the significance and relevance of the proposed approaches to modernising the Basic Law. There have been many personal initiatives of people to improve the text of the Constitution.

In general, out of 8,919 responses, 8,852 (99.25%) support the draft amendments and additions to the Constitution in its entirety or contain proposals for improving individual provisions and structural elements of the draft, without rejecting the basic, most significant innovations of the Constitution.

A small number of negative opinions on the developed project were received.
For example, only 13 proposals are aimed at preserving the current version of the Constitution (0.15%), 27 (0.3%) are against the proposed amendments to the Constitution.” 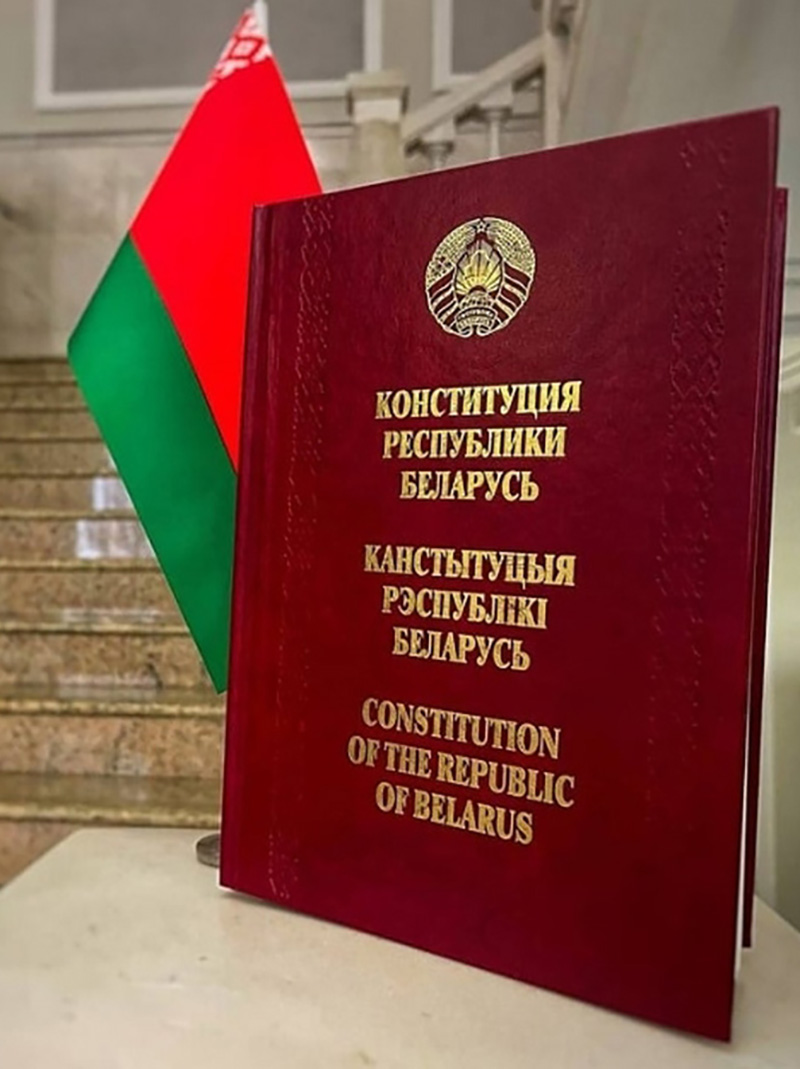 Andrei Matelsky clarified that the proposals are mainly aimed at clarifying the wording of the provisions of most articles of the Constitution (from the preamble to the transitional provisions), “Such new constitutional provisions as the formation of the Belarusian People’s Congress, the requirements for a presidential candidate and the limitation of the powers of the Head of State to two terms, the transition from a nuclear-free zone and neutrality to the inadmissibility of military aggression from one’s territory against other states, the specification of the concept of marriage as the union of a woman and a man, the preservation of historical truth and the memory of the feat of the Belarusian people during the Great Patriotic War.
In a number of cases, citizens proposed to exclude these innovations, but such responses are few, within 3% for each of them. The majority, on the contrary, noted the data and other provisions of the project as timely and important. The largest part of the proposals is devoted to Section II of the Constitution, since it is this section that mainly affects the personal rights and freedoms of people. Some of the most discussed were the new obligations of citizens to show social responsibility, make a feasible contribution to the development of the state and society (Article 21), take measures to preserve and strengthen their own health (Article 45). Many proposals were aimed at a more detailed establishment in the Constitution of the measures of the ongoing social policy and the expansion of guarantees.”

The Director of the National Centre for Legal Information emphasised that, in general, within the framework of the nationwide discussion, meaningful material was obtained, which was used in the finalisation of the draft amendments and additions to the Constitution, and will also form the basis for improving many branches of domestic legislation.

Andrei Matelsky added that the activity of citizens was expected, but the final figures were a pleasant surprise, “We, when preparing for the discussion of the draft Constitution, thought that there would be 4-5 thousand proposals, but received about 9 thousand. This is really a lot, because this is still a discussion of a draft legal act. It must be read, understood, then the leagal proposal must be formulated. People specifically proposed fixing this or that in the Constitution, that is, they expressed legal initiatives. Seeing such activity of our citizens in discussing the draft Constitution, I would very much like these people not only to send us proposals, but to come and cast their vote at the referendum.” 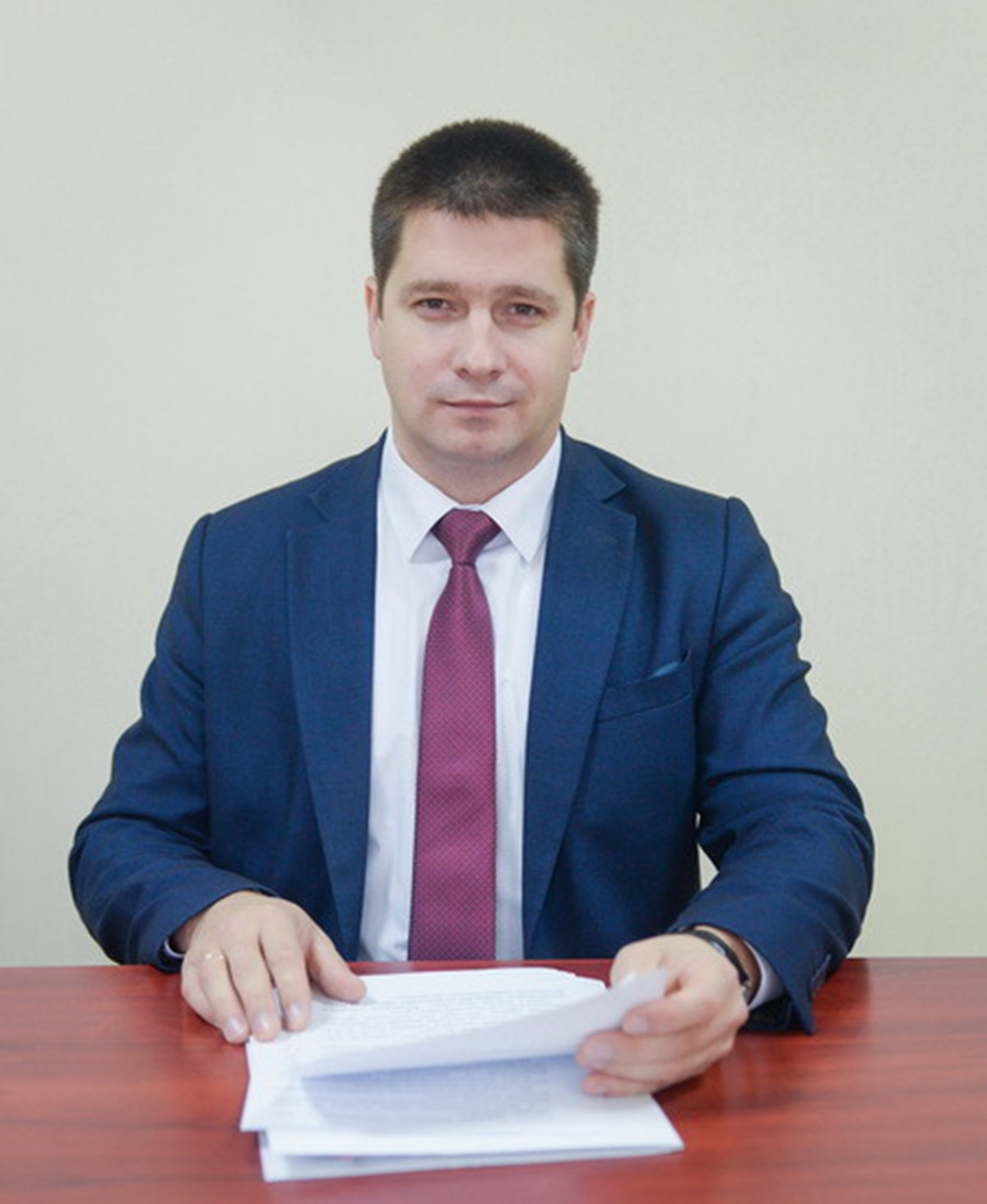 Deputy Education Minister Aleksandr Kadlubai:
The referendum on the issue of amendments and additions to the Constitution is a very important historical milestone in the further development of our young state. I am deeply convinced that it will become the starting point for creating a movement along a new trajectory of state building, based on popular trust and strong state power.
Participation in the republican referendum is the civic duty of every Belarusian. It is very important for us that Belarus remains a sovereign and independent state. The draft additions and amendments to the Constitution, as well as the large-scale work that unfolded during the nationwide discussion, allows us to conclude that the Basic Law of the country will be a combination of advanced legal practice, responses to the main challenges of our time, and proposals from representatives of all social strata of the population. In my opinion, it is very important that, along with maintaining a focus on the development of a strong welfare state, observing the interests of all age groups in the country, the special emphasis in the Constitution is placed on youth.