The best landscape painter of his era, famous artist Vitold Byalynitsky-Birulya has forever inscribed his name in the history of Belarusian art

Vitold Byalynitsky-Birulya loved and poetised nature until the end of his life. Even when he was over 80, he continued to paint it almost every day. People, animals or birds appeared in his paintings very rarely. The artist himself explained it by the fact that his task, first of all, was to show the plain and at the same time familiar beauty of the surrounding world. Byalynitsky-Birulya left behind a huge creative heritage which can currently be seen in the new exhibition building of the National Art Museum. By the way, the largest collection of works by the master is stored here: more than 460 sketches and finished paintings from the main holding, as well as about 160 works from the auxiliary scientific one. For the 150th anniversary of the delicate lyrical painter and the last of the Russian Itinerants, the museum has prepared a large anniversary exhibition which will last until April 10th. The life of Vitold Byalynitsky-Birulya was long (85 years!) and dramatic. He had just gained fame as a talented painter and built his famous residence called Chayka (a manor by the lake of Udomlya in the Tver Region with which a large part of the master’s personal and creative life is connected), but then the Russian Revolution happened. Byalynitsky-Birulya had to establish himself in the new artistic hierarchy. He lived off ideologically neutral painting — landscapes, and workshops for peasant children he opened at his beloved Chayka. Other little-known facts of the biography of the Belarusian ‘praiser of Russian nature’, as critics of that time called Byalynitsky-Birulya, are presented in our review for the master’s anniversary.

1. Byalynitsky-Birulya was a student of Illarion Pryanishnikov and Sergei Korovin 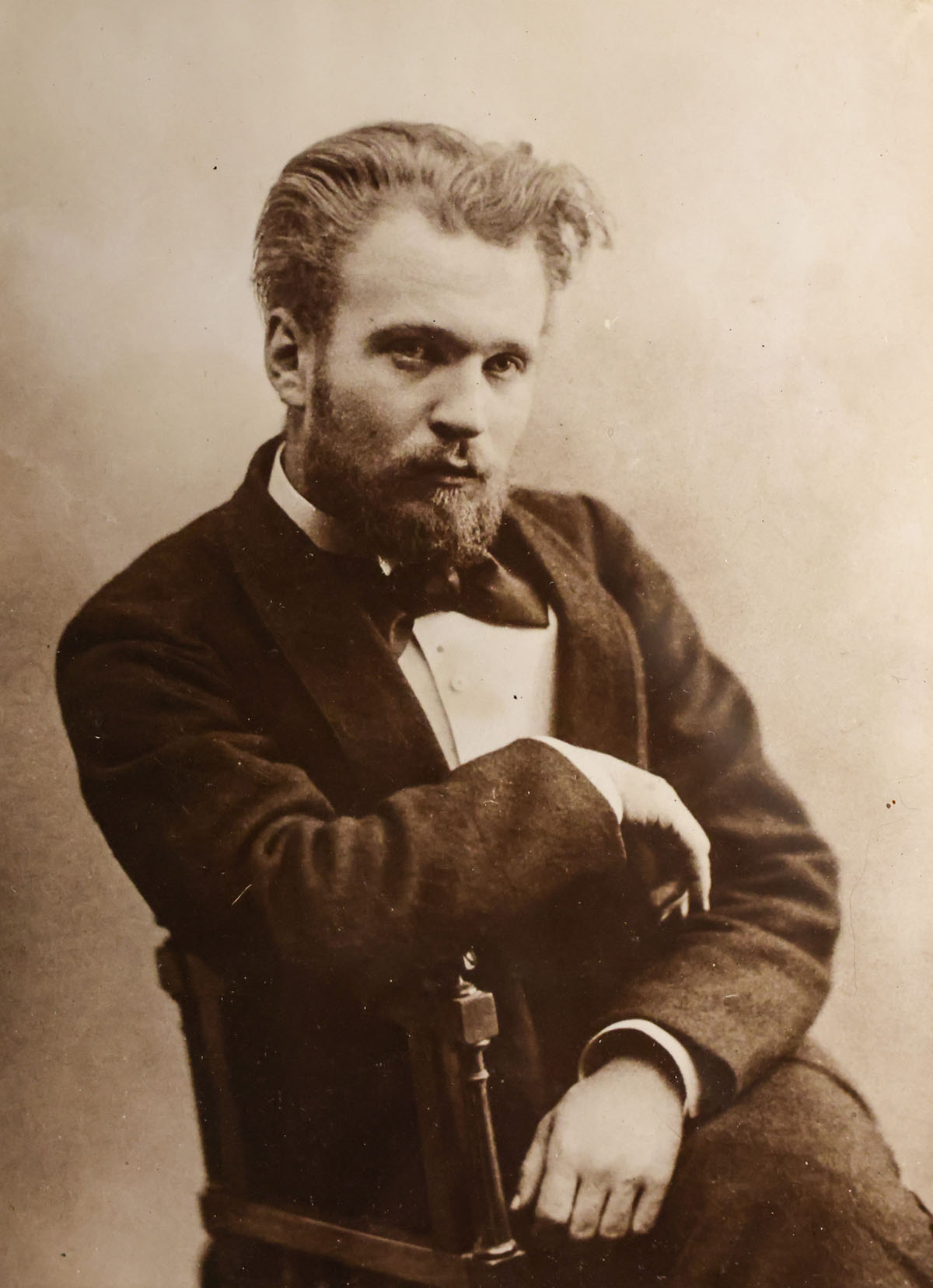 Despite his interest in drawing, Vitold’s parents sent him to the Kiev Vladimir Cadet Corps. However, even studying military affairs, the boy did not abandon his childhood hobby. Then Vitold’s brother who lived in Moscow showed his sibling’s works to the then-famous artist Illarion Pryanishnikov. The latter was greatly impressed and recommended the young man to take exams to enter the famous Moscow School of Painting, Sculpture and Architecture, where Pryanishnikov taught. In 1889, 17-year-old Vitold became a student. The brightest stars of artistic Moscow were his teachers — not only Illarion Pryanishnikov, but also Nikolai Nevrev, Sergei Korovin and Vasily Polenov.


2. Pavel Tretyakov bought a work by Byalynitsky-Birulya straight from a student exhibition

The well-known philanthropist and art collector Pavel Tretyakov tried not to miss annual student exhibitions open to all comers. He selected the most interesting, in his opinion, works for his collection, which was tantamount to wide recognition.
After Tretyakov bought his painting On the Outskirts of Pyatigorsk, Byalynitsky-Birulya ran to the gallery to make sure it was not a joke.
The artist recalled, “Pavel Mikhailovich’s apartment and office were in the same building. I saw him standing behind the desk. When Pavel Mikhailovich found out about the purpose of my visit, he replied with a smile that I could go upstairs and check whether my painting hung well. Hardly believing my luck, I ran up the stairs and found my work hanging among great artists’ paintings...”


3. Byalynitsky-Birulya drew daily sketches before breakfast at the Chayka

Vitold Kaetanovich was a highly disciplined artist. His rules prescribed daily work on sketches. The artist got up early and always managed to sketch a landscape or a bouquet of flowers before breakfast. Knowing this, one day, smart village boys decided to earn money. Before dawn, they picked peonies from a flower bed in front of Byalynitsky-Birulya’s house, and in the morning, they offered him to buy the bouquet. The master knew well that peonies grew only at his manor; he scolded the boys, but he bought the flowers anyway. 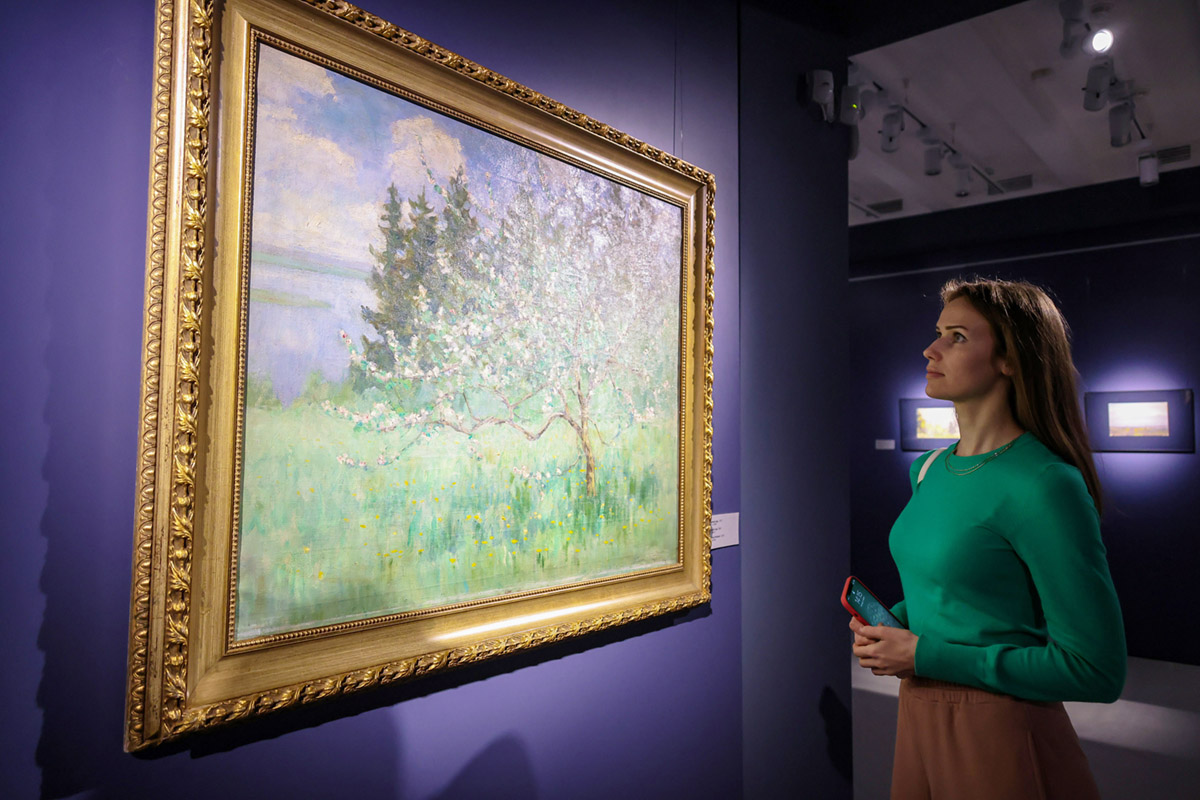 
4. Byalynitsky-Birulya saved his manor from expropriation by writing to A. Lunacharsky, People’s Commissar of Education of the RSFSR

In 1918, the Chayka faced a threat: the manor was subject to expropriation. However, the artist was not going to give up. His creation, he believed, should not turn into a ‘red club’. And Byalynitsky-Birulya found a way out: the manor would continue to serve art, but as an art school. Having discussed this idea with friends, Vitold Kaetanovich wrote a letter to Anatoly Lunacharsky where he proposed to organise a school for peasant children at his manor. On September 21st, 1918, News of the Central Executive Committee of the Soviets of Working and Military Deputies published Decree of the Council of People’s Commissars No. 205, which stated that ‘the dacha of V.K. Byalynitsky-Birulya, artist, shall not be subject to requisition or confiscation”.


5. Byalynitsky-Birulya was an experienced hunter and wrote hunting stories

The authority of an experienced hunter attracted not only artists to visit the Chayka. Even well-known party and state leaders Mikhail Frunze and Yan Rudzutak came there on bear hunts. According to recollections, Byalynitsky-Birulya was an excellent organiser of drive hunting. Bцut most of all he liked to retire with a gun in fields and copses. There were serious hunts as well. A Yakovlevo villager recalled a case when lumberjacks asked the painter for help after they had inadvertently caused a bear come out of the den in winter, since the waken animal did not let them work in the forest. Vitold solved the problem. There is a legend that he shot 47 bears.
Also, the artist wrote hunting stories. The most famous one is about hunting on the lake of Belokhovskoye, a hermit from the island of Litvin and stumps that float up when waves are strong. 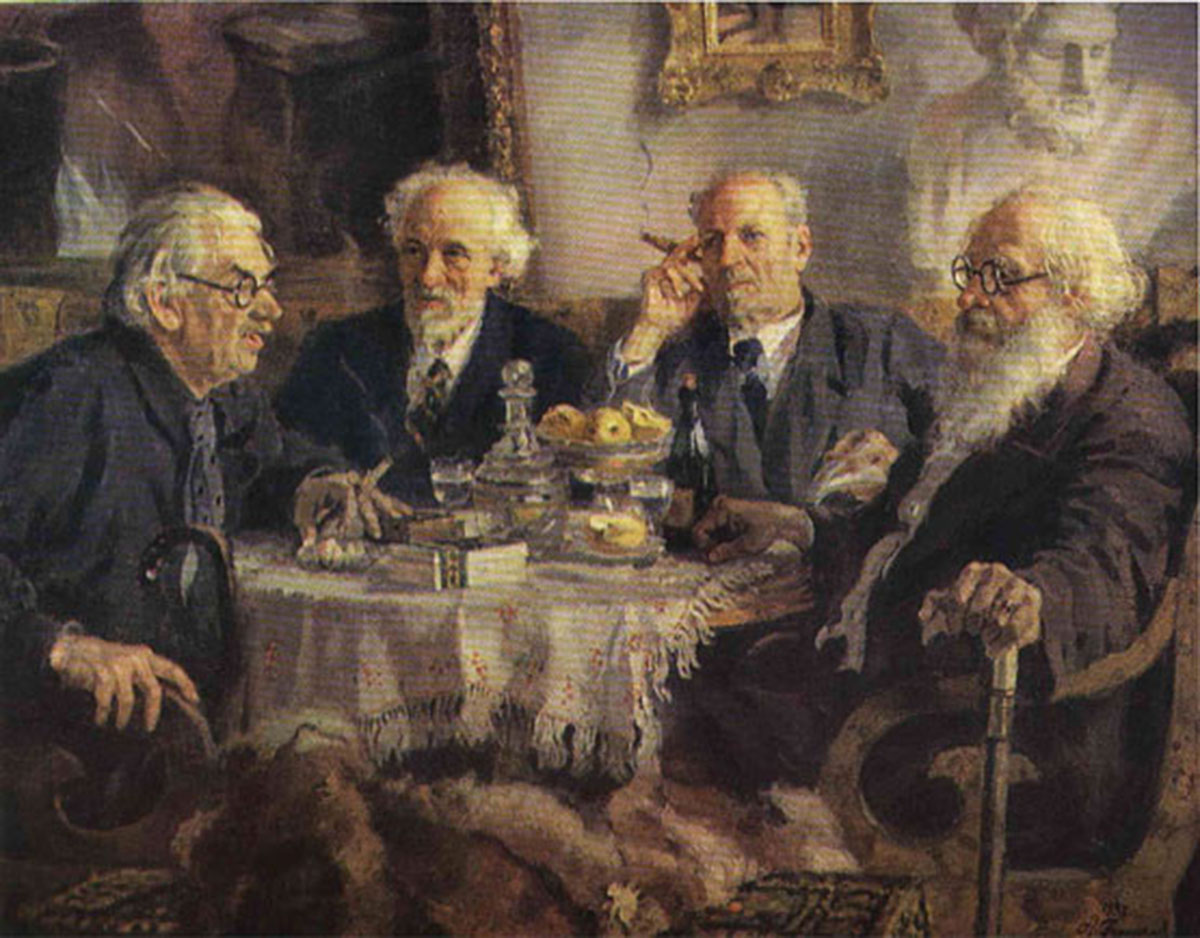 
6. In the summer of 1947, after many years spent in the Tver Region, Byalynitsky-Birulya returned to his homeland, Belarus

The result of this travel (albeit not too long) was a series of works united by the idea of the post-war revival of Belarus. The artist was deeply touched by places of childhood.
“Now, when I have seen my native places, damaged so severely from the invasion of the enemy, again, I want to transfer the wonderful image of the reviving country to canvas with even greater passion,” Byalynitsky-Birulya wrote.


7. Byalynitsky-Birulya bequeathed to bury himself next to his daughter, but the USSR Academy of Arts opposed his will

In 1948, a tragedy struck in the artist’s life: his daughter Luba drowned in the lake opposite the Chayka. Her death deeply shocked and knocked down the then 76-year-old landscape painter. In the autumn of the same year, he suffered a stroke and became partially paralysed. In 1957, Byalynitsky-Birulya died at his beloved residence. He bequeathed to bury himself next to his daughter in the Troitsa village by the lake of Udomlya, but the Academy of Arts decided otherwise. The body of the People’s Artist of the BSSR and the RSFSR was transported to Moscow and buried with honours at the Novodevichy Cemetery. Hunters fired their guns to accompany Byalynitsky-Birulya’s last journey.

In 2018, Belarusian museum workers brought nurslings of lilac from Krynki (Byalynitsky-Birulya’s home village near Belynichi) to the Chayka, where they were planted in the manor park.