The global fleet of electric vehicles, according to forecasts of the International Energy Agency, may grow to 145 million by 2030. Large automakers are already announcing the refusal to produce cars with internal combustion engines. Belarus has not stayed away from the trend. The data of the Belarusian Automobile Association confirm the growing popularity of electric vehicles among our car owners. Despite an overall decline in the number of new cars bought by Belarusians last year, one of the trends was an increase in demand for electric vehicles — up 168 percent. The MT correspondent learned about the prospects for electromobilisation and the development of domestic skill sets in this area.

Since 2017, the Joint Institute of Mechanical Engineering of the National Academy of Sciences of Belarus has been actively involved in the topic of electric transport. Scientists have been given the task of developing environmentally friendly transport in the country, because most enterprises that feel the market are already producing equipment with electric power units. The goals are ambitious: not only to assemble an electric car based on imported equipment, but also to create the production of its own component base. When it is available, it is possible to transfer any transport to electricity in a short time. 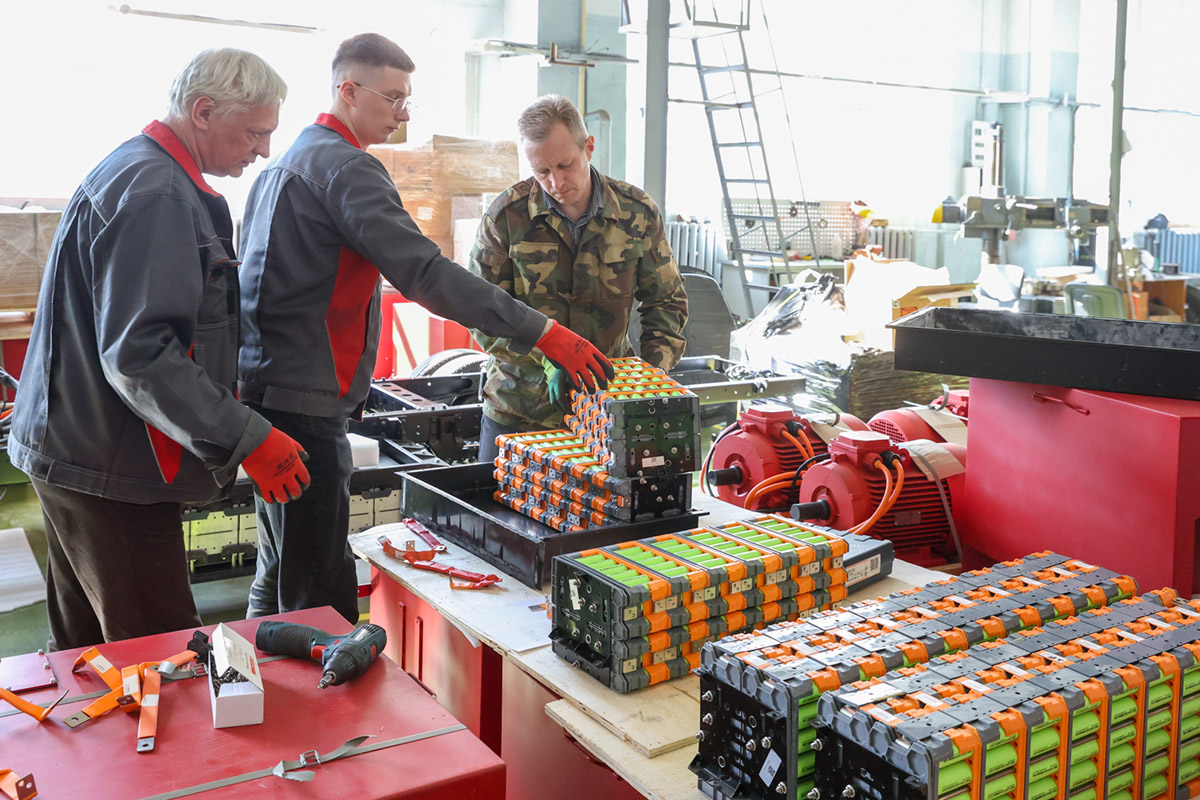 “Our key task is to develop a component base for an electric car. Because it is the component base that determines whether this car is domestic or whether it is simply assembled in Belarus. It should be noted that this topic has become especially relevant recently,” says Aleksandr Belevich, Head of the Electromechanical and Hybrid Power Units of Mobile Cars Scientific and Engineering Centre of the Joint Institute of Mechanical Engineering of the National Academy of Sciences of Belarus. 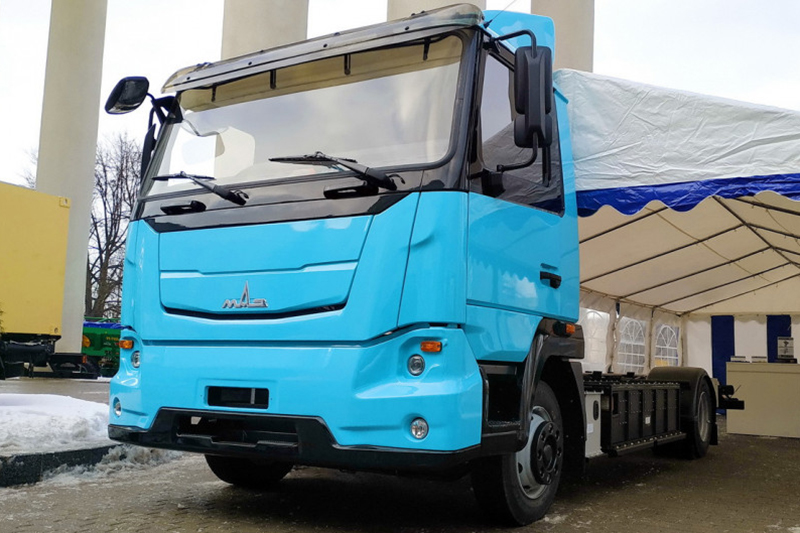 The largest project of the Joint Institute of Mechanical Engineering and the Minsk Automobile Plant is a cargo electric vehicle. The entire component base of domestic development! The new product is based on the well-known urban medium-tonnage MAZ-4381 Kornet. However, the design of the front mask has changed significantly. The characteristics of the truck are as follows: weight — 11,990 kilogrammes, load capacity — 3,890 kilogrammes, platform volume — 39 cubic metres. This is less than the base model. However, this is always the case with electric vehicles. The battery partially ‘eats’ the carrying capacity.
The electric truck is designed for intracity transportation, for example, for delivering goods from logistics centres to end users. This is a small truck, therefore, unlike large trucks, it has access to any part of the city. The battery is charged in two hours at a current of 300A. The 245-horsepower electric motor was manufactured by the Mogilevliftmash plant. The electric truck can travel up to 200 kilometres on a full charge, and this is quite enough to cover the daily need for the mileage of a delivery service car.
“We can make a car with a mileage of 500 kilometres, but then the ratio of the mass of the car and the cargo will not be very effective, roughly speaking, the car will carry itself,” Aleksandr Belevich explained why the option of using electric trucks for interregional deliveries is not being considered yet.
As Aleksandr said, there is no specifics yet about the timing of the development of mass production, but there are no serious technological obstacles to this. 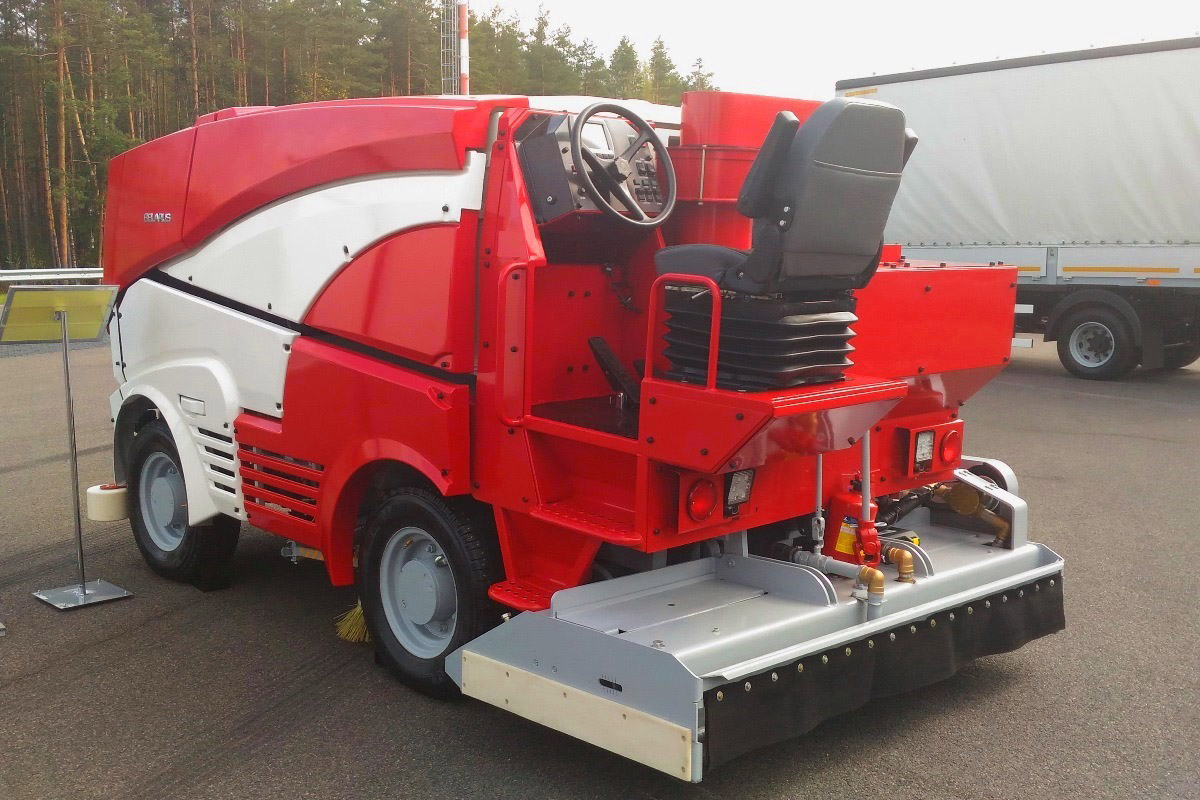 The Joint Institute of Mechanical Engineering is engaged in the creation of electric drive components, power electronics and control systems for energy storage devices of its own design. According to Aleksandr Belevich, one of the implemented projects is a standard range of frame-panel electric vehicles using a completely domestic component base.
A large sector for the introduction of electric power units is support service transport. In 2020, the Minsk Tractor Works, together with the Joint Institute of Mechanical Engineering, created a prototype of the BELARUS KL-418 electric ice resurfacer. The prototype was tested on the ice of the Sports Palace. The tests were successful. There are plans to put 25 such machines on the ice arenas of the country. 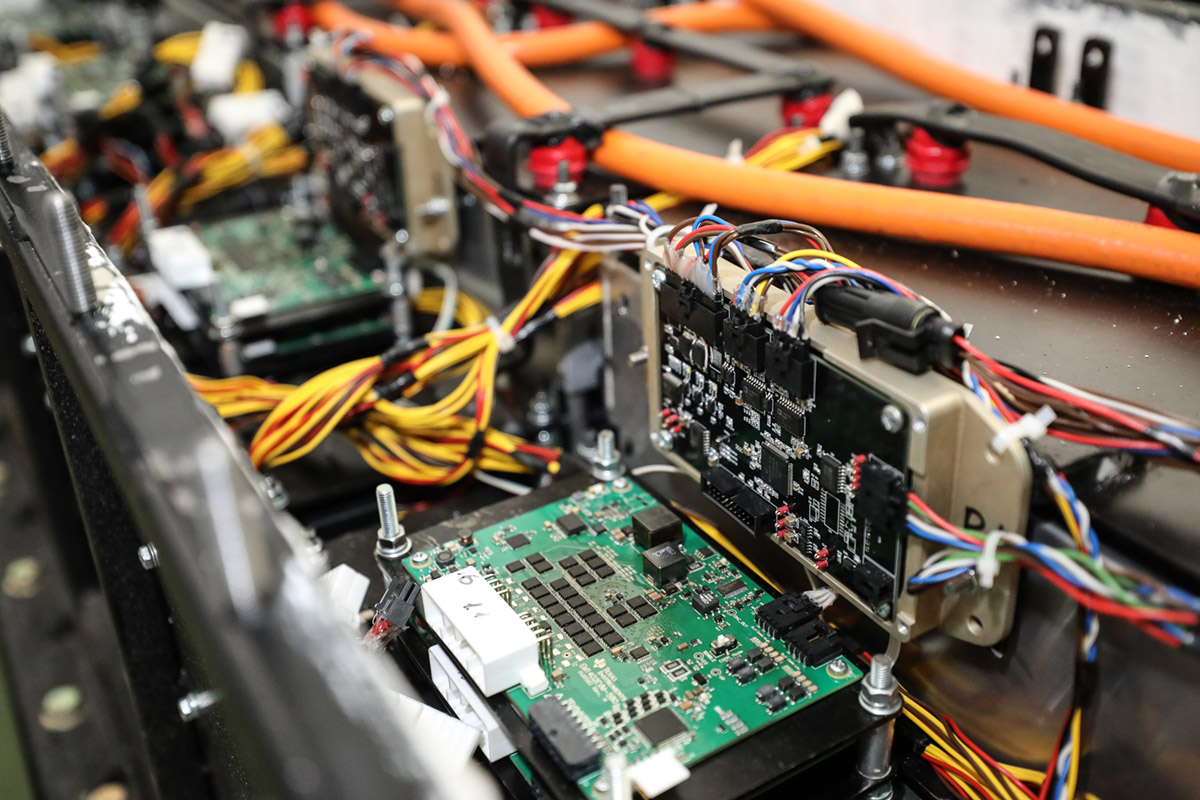 Finally, the conversation turns to the pros and cons of electric vehicles. There are many advantages. They are safe for the urban environment, emit less noise, have a simplified design, which reduces the cost of repairs. They are more dynamic, the maximum torque is achieved from low revs, the electric car pulls ahead at a traffic light. And they are safer as the centre of gravity is shifted down where the battery is. Because of this, electric vehicles roll over less often and are better controlled during sharp manoeuvres.
And what about the cons? The main one is a limited power reserve. For premium models, it is up to 200-250 kilometres, for Tesla Model S and Jaguar F-Pace — more than 500 kilometres on a single charge. Budget electric cars have about 100-120 kilometres. Because of this, they can only be ridden in the city. There are many questions about the efficiency of electric cars in our climate. Studies show that at five degrees, battery capacity is reduced by 20 percent, and at minus five degrees — by 35-40 percent. The air conditioner and stove are powered by a battery. By turning them on, you reduce the power reserve by another 20-25 percent.
If you read this material and wondered if it is worth buying an electric car in 2022, then budget-friendly models should definitely be considered as an option for moving within large cities. They significantly reduce cash costs compared to gasoline models. For the sake of this, you can wait an extra hour at the charging station.