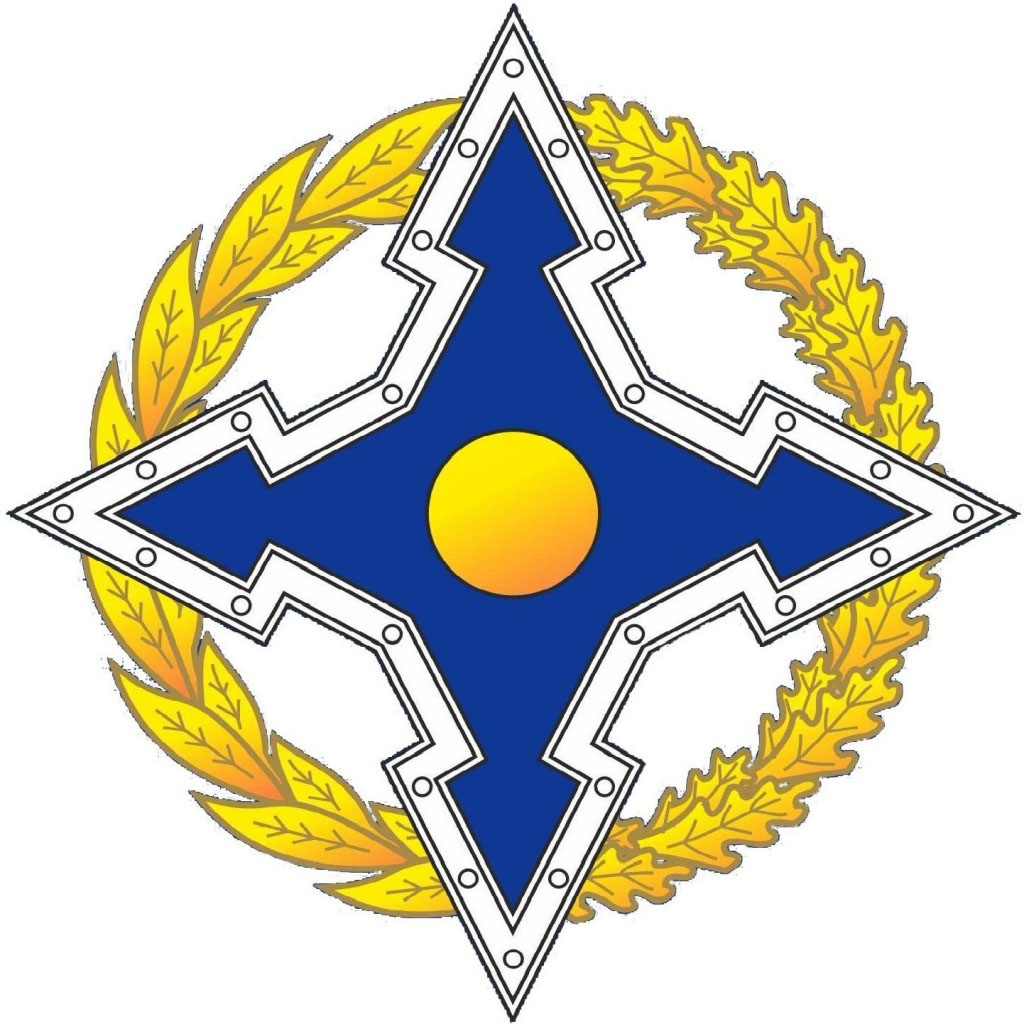 The President of Belarus took part in the Summit of Leaders of the Collective Security Treaty Organisation in Moscow. Aleksandr Lukashenko presented specific proposals at the summit to strengthen the CSTO.

“A time for redividing the world. A unipolar world order is permanently becoming a thing of the past. However, the collective West is fiercely fighting to preserve its positions. All means are employed, including in the responsibility area of our organisation. Starting with the rattling of NATO weapons near our western borders and ending with a full-scale hybrid war that has been launched against us, primarily against Russia and Belarus,” emphasised in his speech the Head of the Belarusian State.


Aleksandr Lukashenko called it obvious that today no country poses a threat to the North Atlantic bloc. At the same time, NATO is aggressively beefing up its muscles and pulling recently neutral countries — Finland and Sweden.
The Head of State remarked that the USA’s military presence is being built up at the western flank of the Collective Security Treaty Organisation. The military infrastructure is being modernised fast, and multiple NATO exercises are being held: the massive exercises Defender Europe 2022 is taking place in the territory of 19 European countries, including near our borders in Poland (we’ve never seen such a thing before). One can guess who they ‘defend’ from.

“And here our military interaction within the framework of the Union State of Belarus and Russia, Belarus’ membership in the Collective Security Treaty Organisation act as stabilisers, which provide a certain sobering effect on hotheads on the other side of the border. It is an example that testifies that without that a hot war would be in Belarus’ territory already. By the way, they tried to arrange it in 2020,” said the President of Belarus.

Today, according to him, there is no more topical and important issue than the conflict around Ukraine. Aleksandr Lukashenko stressed that Ukraine was incited and provoked, stuffed with nationalism, Nazism, and, as the events in Odessa testify, pure fascism, when living people were just burned. As well as Russophobia and weapons.
“After the Belarus election in August 2020, Ukraine completely came under the sway of the West regarding interaction with Belarus. Over the past two years, we have been constantly experiencing unfriendly actions on the part of our southern neighbour. Ukraine had introduced sanctions against us ahead of the others, that is before the West, including the Americans, did that. Ukraine was the first to do it. They closed the sky and the railway communication. After that, they began to train militants and send them to us. Then the weapons were sent across the border. This is all known. Ukrainian drones conducted reconnaissance flights in the airspace of Belarus. The facts testifying to a threat to our national security are undeniable,” listed the Belarusian leader. 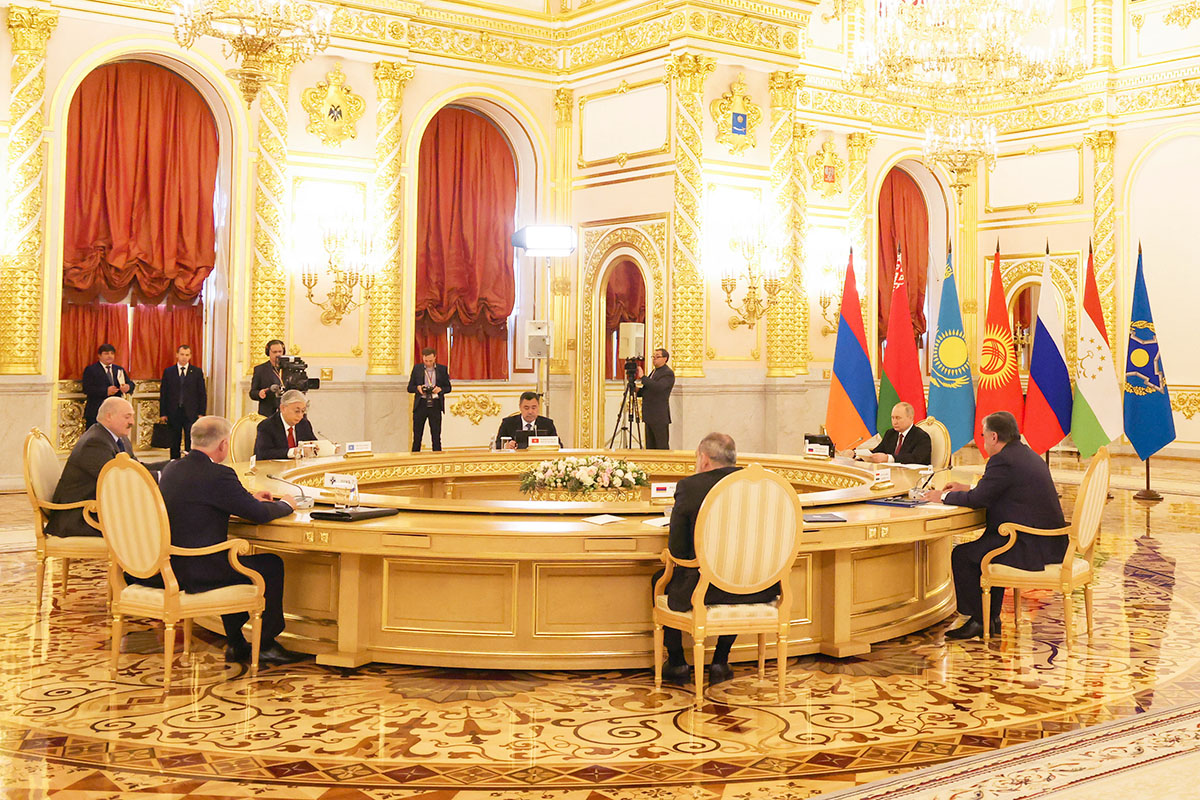 
That is why we had every right to use the support mechanism within the framework of our alliance with Russia. Even before the start of Russia’s military operation, Belarus drew attention to the unjustified growth of the military presence of the West in Ukraine and in the region as a whole. We said and warned more than once that a conflict was looming.
Aleksandr Lukashenko also said that the most dangerous trend in Ukraine today is attempts to dismember this country, “Thousand-strong units have already been formed in order to enter Ukraine and ‘protect’ it under the guise of peacekeepers.”
The President of Belarus raised the question whether it is possible today to assert that the members of the CSTO are together and are still bound by bonds of solidarity and support, “The latest events indicate that it seems one cannot from our point of view (I may be mistaken). The prohibition by individual partners in the Collective Security Treaty Organisation of flights of aircraft of national air carriers of other CSTO member states to them comes to mind. Postulates of unity and solidarity do not always work amid the toughest, rabid sanctions-fuelled pressure on the part of the consolidated West. Regretfully, it can be concluded from voting in international organisations. With the tacit approval of our partners Belarus and Russia are being vilified and excluded from international organisations at whims of the West and contrary to all laws of international life.”
The President agreed that the allies in the Collective Security Treaty Organisation face tough and unprincipled pressure. “But collective mutual support is designed for such situations.

“We may no longer be around tomorrow without the tightest unity of our countries, without the enhancement of political, economic, and military ties. Our foes and opponents persistently undermine anchor points and allied relations. We partially help the West with that. I am convinced that if we had acted in lockstep right away, now there would be no hellish sanctions as they say,” said the Head of the Belarusian State.

Aleksandr Lukashenko spoke of the need to increase the efficiency of countering challenges and threats in media landscape, including fake news and disinformation, “We need to think seriously about it and maybe follow the path of China in the information warfare, especially on the internet.”
The presidents of the member states of the Collective Security Treaty Organisation signed a joint statement at the summit in Moscow in connection with the 30th anniversary of the Collective Security Treaty and the 20th anniversary of the organisation. In their statement, the CSTO leaders reaffirmed their determination to further develop partnership in different areas of military and defence co-operation and to increase coordinated actions in the international arena. The heads of state also signed a decision to award participants of the peacekeeping operation in Kazakhstan.

On the side-lines of the CSTO summit in Moscow, the presidents of Belarus and Russia — Aleksandr Lukashenko and Vladimir Putin — held a 40-minute meeting, discussing three blocks of issues
The first one focused on joint work of Belarusians and Russians regarding import substitution.
The second issue was devoted to transhipment of Belarusian cargo in Russian ports and construction of a Belarusian port near St. Petersburg, close to the Bronka port.
The third block dealt with a range of issues of the military-industrial complex — in particular, joint work in the field of rocket science and in other areas.
The presidents agreed to hold a separate meeting in the near future on a whole range of topics of Belarusian-Russian co-operation and implementation by the two states’ governments of the instructions given by the heads of state.