The Government plans that real wages in the country will increase by December 2022 – as stated by Belarus’ First Deputy Prime Minister Nikolai Snopkov at a meeting of the President of Belarus, Aleksandr Lukashenko, with the country’s economic bloc, BelTA reports 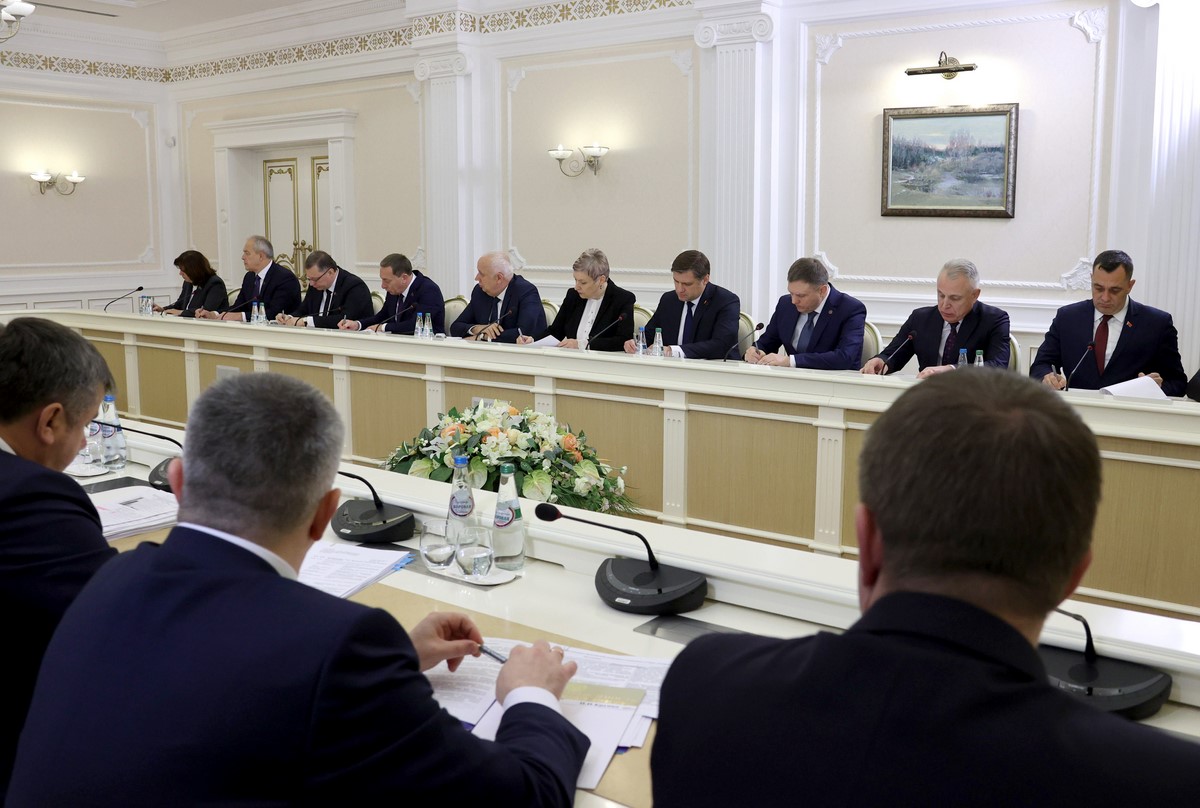 First Deputy Prime Minister Nikolai Snopkov, speaking at a meeting on price growth, expressed an ambiguous point of view that inflation always accompanies economic growth. According to him, over the past decade (from 2012 to 2021), the average inflation rate was 11 percent. At the same time, the average annual economic growth is only 0.7 percent. Earlier, during the period from 2002 to 2011, inflation exceeded 20 percent while real GDP growth stood at 7.5 percent and the growth of real wages totalled 10.3 percent. “My main task is economic growth, and this is even more important than bursts of inflation,” said Nikolai Snopkov. According to his data, the rise in prices for 75 percent of goods – that are goods of daily consumer demand – is less than 10 percent. “That is, we really tried our best to curb inflation,” the First Deputy Prime Minister added. At the same time, he acknowledged that not all reserves were used.

The President considered the assertion that economic growth is necessarily accompanied by inflation unconvincing: why do we need economic growth that leads to the impoverishment of people? This especially refers to a situation where the growth of wages and incomes of the population is not ensured. Aleksandr Lukashenko stressed that the current rise in prices in the country is in many cases unjustified and there are reserves to prevent it.

“We stopped the decline in incomes. Taking into account the tasks that we brought to all government bodies, we see that by December we will reach a real increase in wages. There are reserves here,” Nikolai Snopkov said in turn.

According to Mr. Snopkov, one of the factors influencing the increase in the cost of goods is the openness of the Belarusian economy and price disparity: many manufacturers want to export goods to Russia, where prices are higher.

The Head of State reasonably remarked that the Government should act in the interests of its own people. “You are the First Deputy Prime Minister in Belarus, not in Russia. Whoever wants to take something somewhere is someone’s ‘wish lists’,” Aleksandr Lukashenko said. “You will first feed the Belarusian people. If we take our agriculture and agrarians, we have everything for this.”