The Chairman of the Presidium of Belarus’ National Academy of Sciences, Vladimir Gusakov, was among the participants of a meeting at the Palace of Independence today with the President in attendance. He thanked the Head of State for his contribution to the development of science in general and the National Academy of Sciences of Belarus in particular, noting that all scientific work is now aimed at the country’s economy. 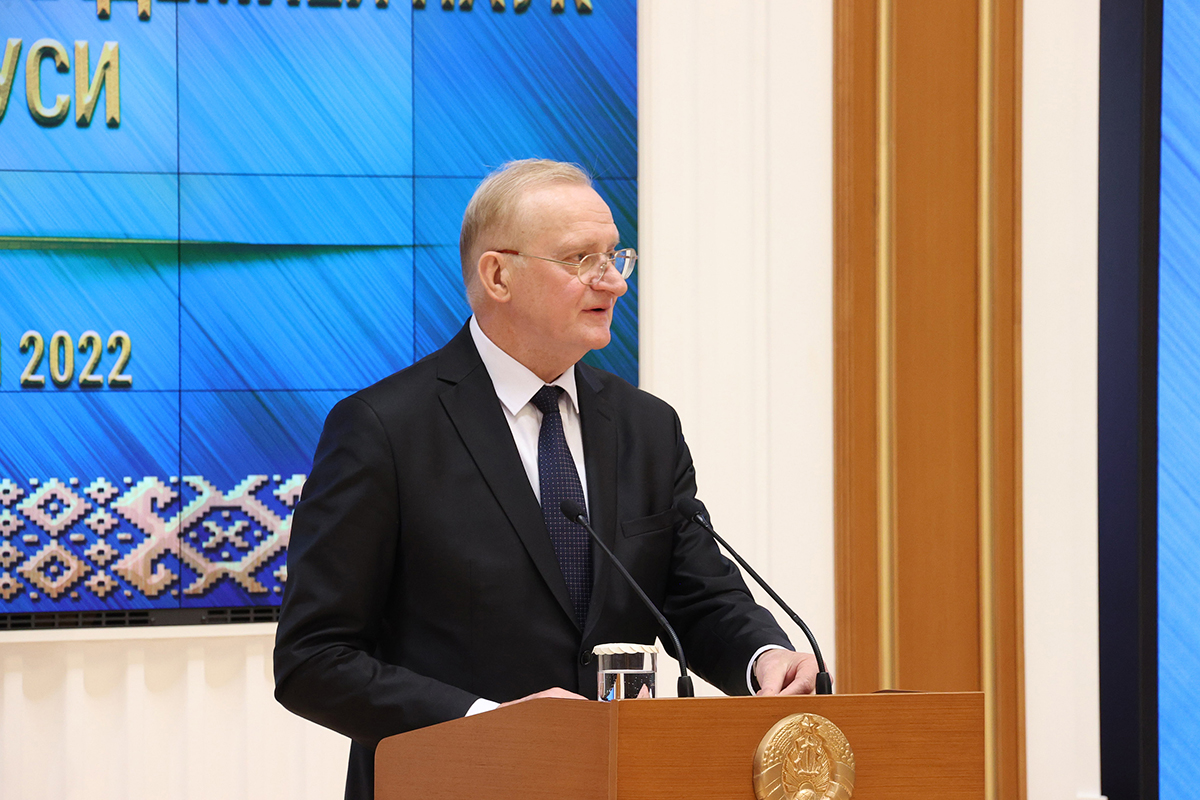 In his speech, Mr. Gusakov commented on the recent achievements, “Most importantly, we managed to adapt fundamental and applied science to the needs of the economy, while also concentrating financial resources, scientific and industrial potential on solving the most topical national economic tasks. We see no difference between fundamental science and applied science at present since science as a whole is aimed at the country’s economy.”

According to Mr. Gusakov, the NAS ensures scientific support for a range of scientific sectors of the economy. “These include the aerospace sector, operation of the Belarusian nuclear power plant, development of the biotechnological industry and pharmaceuticals, creation of substances and medicines, formation of the IT country, study of the polar regions of our planet, and introduction of the latest technologies in the agro-industrial complex. Moreover, major system projects are being implemented by the Academy of Sciences – including IT Country and Artificial Intelligence, Energy and Electric Transport, Smart Healthcare, National Security, Humanitarian Security, and Food Security. This refers also to all other instructions of the Head of State,” he explained.

Speaking about international activities, Mr. Gusakov noted that Belarus’ NAS is known all over the world, “People come to us from different countries and offer co-operation. We have agreements with more than 100 states. Our developments enjoy demand, and they are carried out not only at request of our domestic customers but also foreign partners. Unsurprisingly, the National Academy of Belarus has been headquartering the International Association of Academies of Sciences – which brings together sixteen countries – for the fifth year in a row.”

As the Chairman of the Presidium of Belarus’ National Academy of Sciences summed up, a single cycle is now being implemented. It involves research, development and final production. “However, we are far from thinking that everything is done. For example, there are strong scientific schools but we need to use this potential to solve key economic problems. We should accelerate the dynamics of research from an idea to its implementation. The issue of guaranteed purchases of products created within the framework of scientific and technical programmes has not yet been resolved. When participating in a tender, scientists, developers and producers immediately find themselves in the same boat with large manufacturers regarding prices. Meanwhile, prototype production is unable to at first compete on an equal footing with mass production,” he said.

Mr. Gusakov added that the Academy of Sciences aims now to find new solutions in all areas of the domestic economy.