The epidemiological situation in Belarus, the level of medical care, the training of military doctors, salaries — these and other important issues were in the spotlight during a report to the President by Healthcare Minister Dmitry Pinevich


The Head of State noted that the country’s healthcare system performed well amid COVID-19 pandemic, 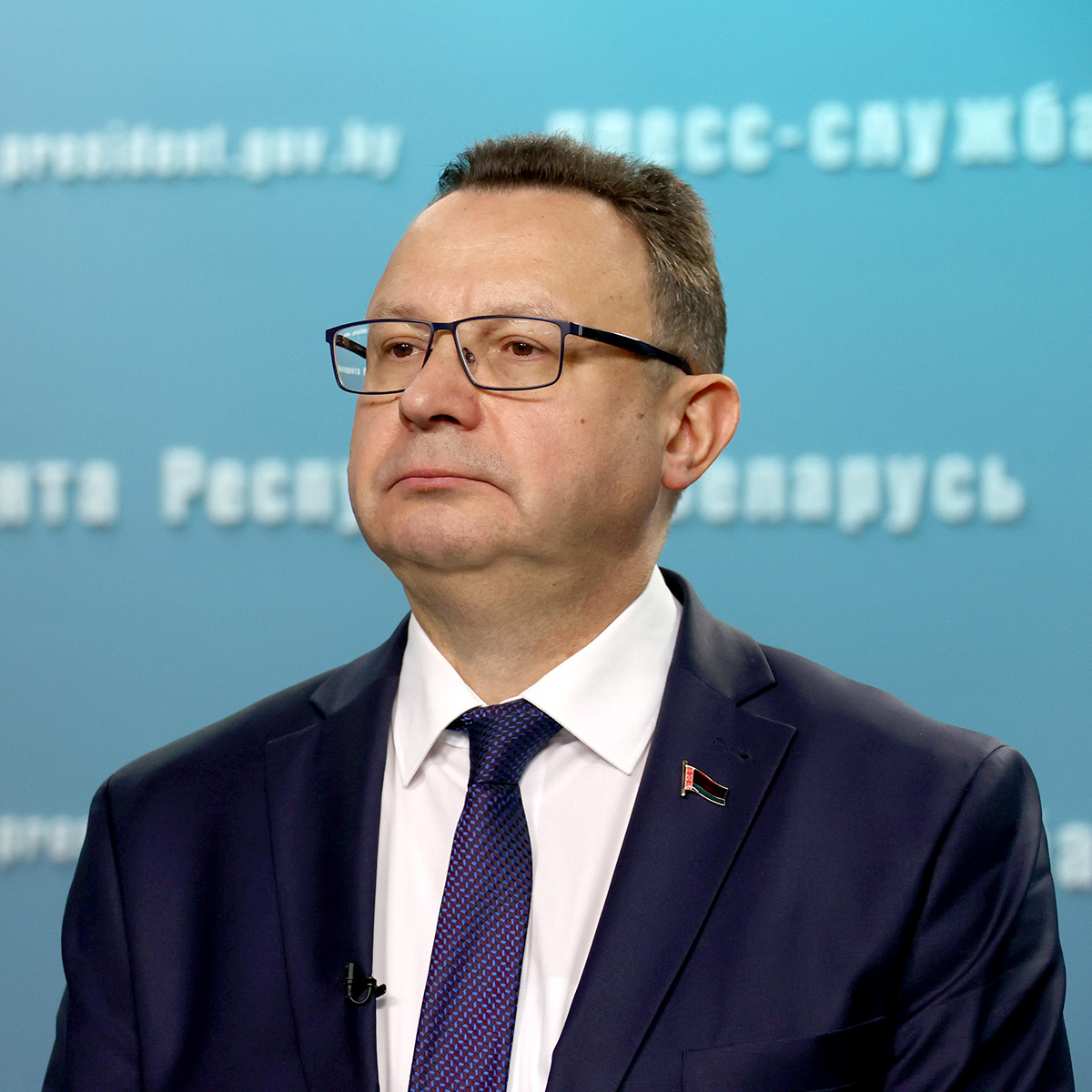 Dmitry Pinevich
However, Aleksandr Lukashenko told a story about a woman who got in a hospital in Shklov District and was dying. Thanks to the intervention of the President, she was saved, and she is out of danger now.
“When she was in the Shklov hospital, I practically pulled her out of the morgue. Now she is disconnected from the mechanical ventilator. Her recovery is on track, God forbid that it continues like this. The question arises, Dmitry Leonidovich: are you going to treat people the way I have always demanded of you? Certain things ring the alarm bell to me. People in high places receive good treatment, but what about ordinary people, patients in district hospitals?” noted the Head of State.
Aleksandr Lukashenko shared the details of the story with this woman. The story came to his attention when the President was working in his home village. A man ran towards him, who handed over a letter with a request to save the woman: ‘She’s about to die’.
“Naturally, I couldn’t but intervene. I sent my doctor to the hospital who later came back saying that her chances to survive were close to zero. I ordered to deal with this case. The woman was transferred to Mogilev. I got updates on her condition almost every evening. Although she is a troubled person, she is still a human being, at least I treated her this way. She had a bunch of diseases, including bilateral pneumonia, and something else. She was treated, but she had not recovered completely when they took her back home. Furthermore, she drank the wrong vodka, and she was taken to intensive care in critical condition,” said the Head of State.
In this regard, the President noted that high-quality medical care in Belarus should be provided to everyone, “I want to warn you all that there will be no mercy for you. Many countries are watching us. Millions of people will hear this. And please draw the appropriate conclusions. Hiding behind someone’s back or, as I often say, lying low will not work.

People are a priority in our country. So people need to be treated properly. We have everything in place for that. We are well-equipped to provide good-quality healthcare services. And the COVID-19 pandemic showed that we have good doctors and good medical education. If medical students fail to learn something at university, they can make up for it at work, because we have a good system of mentoring.”

The country’s healthcare system will be inspected in the near future. On the President’s instructions, a mobile group will be set up to include independent specialists, who will check the healthcare system, and come to hospitals with unexpected inspections.
At the meeting, Aleksandr Lukashenko also asked about the current situation, “Recently we have discussed security issues of our country. Everyone is involved, including healthcare. From medical kits to the readjustment of medical facilities. We start working with military medics, and the military with us. There should be a very intensive exchange.”
As for the salaries of medical workers, a number of steps have already been taken in this direction on behalf of the President. However, we cannot stop there: we must financially support those who work in this area.