On the Day of Libraries, the Prime Minister visited the National Library of Belarus which keeps about 20 percent of all Republican books: over 10m 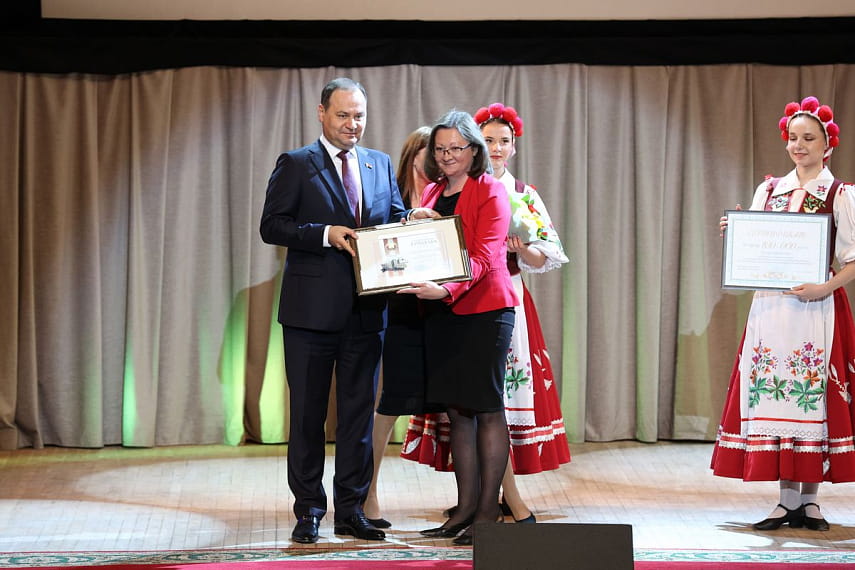 Last year, more than 190,000 people visited the National Library, though over 7,000 public and special libraries are open for book lovers countrywide. The system numbers around 2.6m readers.

As the Culture Minister, Anatoly Markevich, noted, libraries have become socio-cultural centres in our modern world, “People might wonder why books are needed in times when everything is available on the Internet. However, nothing can replace the living word of our books. The demand for libraries is growing among people of all ages and these establishments are becoming socio-cultural centres – with an educational aspect and a spiritual basis. Of course, time does not stand still and we use modern technologies: 94 percent of all libraries in the country are computerised, and 87 percent of them have Internet access.”

On the professional holiday — the Day of Libraries — Prime Minister Roman Golovchenko congratulated librarians, noting that the state will continue providing comprehensive support to the development of librarianship. He said, “On average, each library has about 1,500 users. Last year, 48m copies were issued, or 17 books per reader. These figures indicate the demand for libraries. True, technical and social development is changing our lifestyle and information searching techniques, while libraries are being transformed to become cultural multidisciplinary centres. This is the future.”

The Prime Minister also visited the hall of musical and audio-visual documents, the repository of handwritten, rare and old-printed documents, and the Book Museum. The thematic exhibition of the latter presents 15 books that symbolise the number of the museum’s years. Among them are manuscripts, old and rare editions. The oldest book on display is from Duke Ivan Paskevich’s collection, in Arabic.