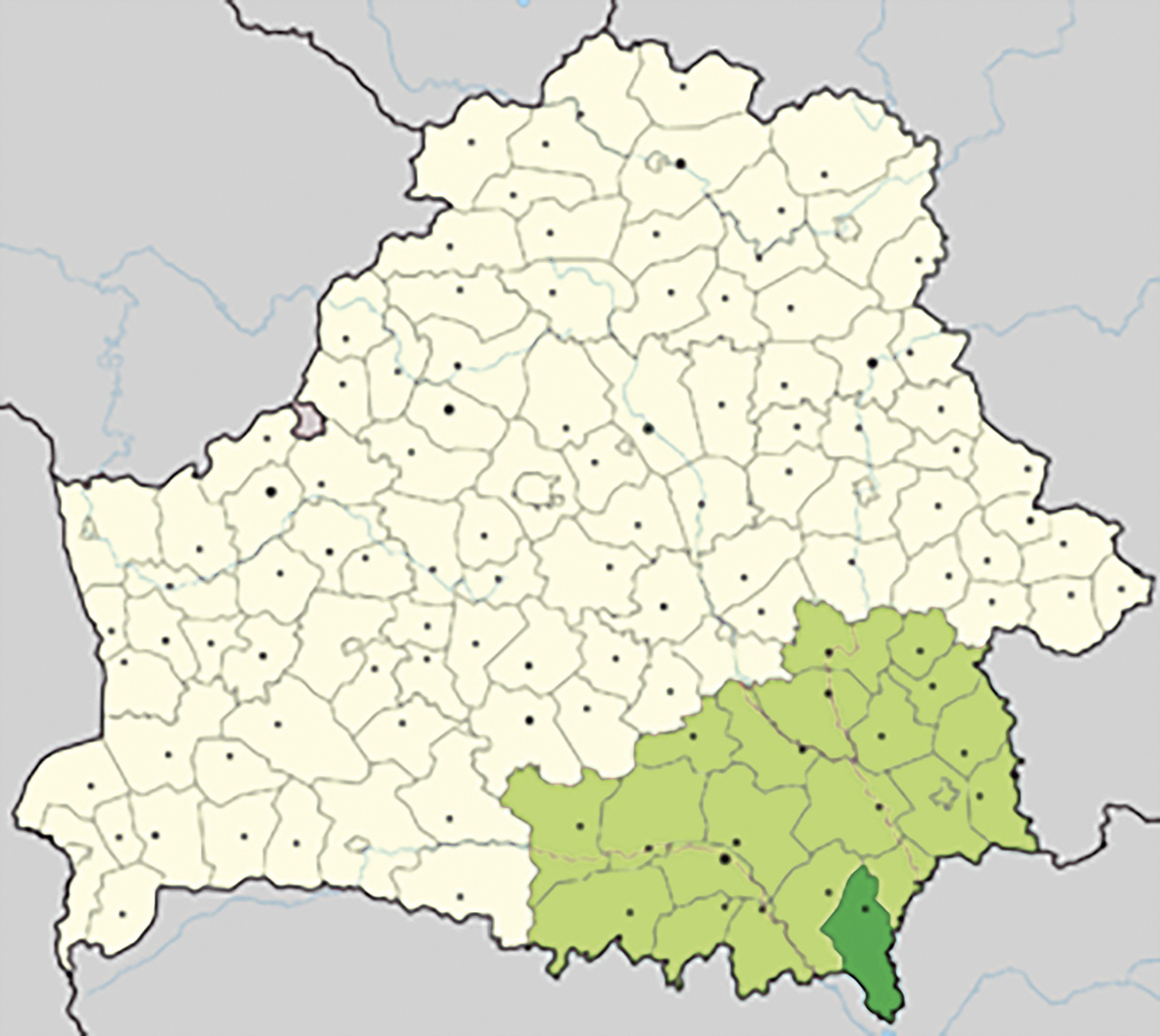 New oil deposits and fields have been discovered in the Gomel Region in several zones of the Pripyat Trough. According to geologists, the hydrocarbon resource base would be replenished by more than six million tonnes. Moreover, this became possible largely due to the work that the oilmen carried out in the territories contaminated by the disaster at the Chernobyl Nuclear Power Plant. 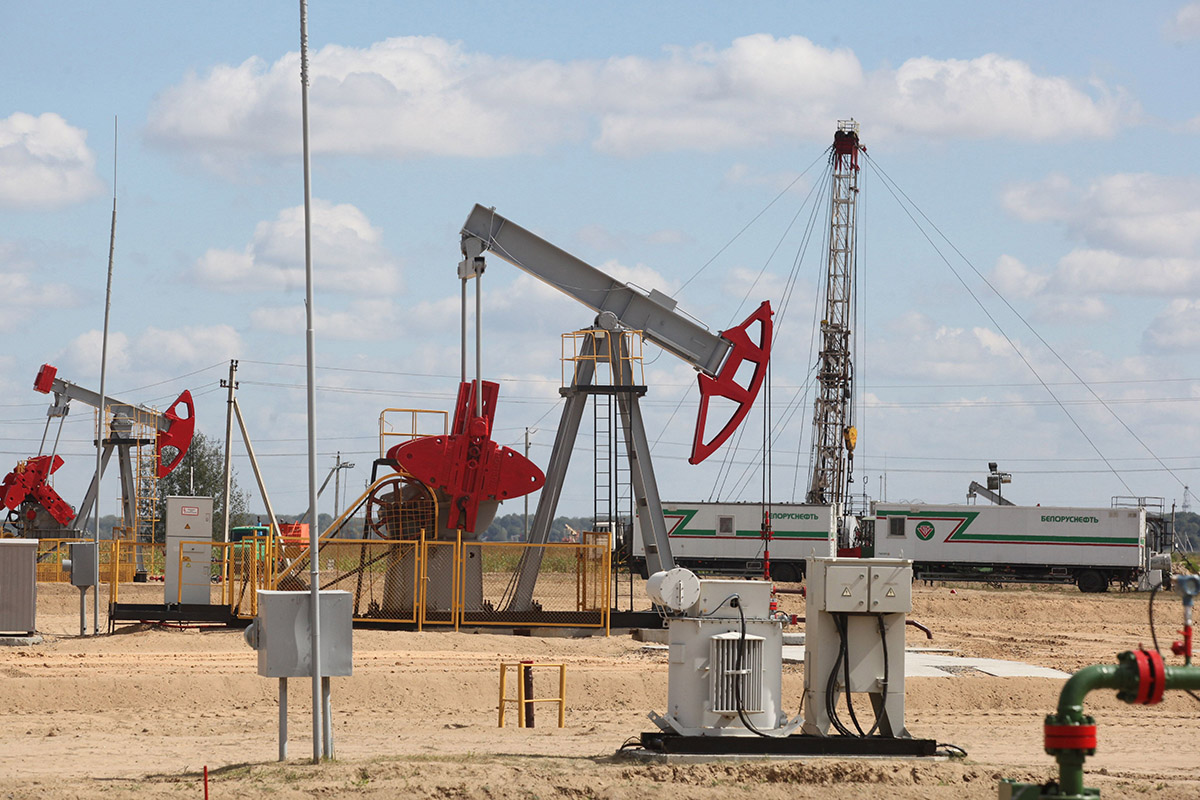 
Work is already in full swing near the drilling rig in the Bragin District. Experts confirmed the commercial oil content of these deposits in the Vostochno-Omelkovsky structure — according to preliminary calculations, its resource base is estimated at 500 thousand tonnes. Sergei Shevelenko, Deputy Head for Geology at the Rechitsaneft Oil and Gas Production Department, inspects the territory, “Within a month, we plan to carry out work on site preparation, setting up a development team. We will start commercial oil production at this facility in the second half of May. There is quite good potential — about 50 tonnes per day. Today it is the southernmost point where we are working.”
The importance of the site is not only geographical. Thus, the beginning of oil production in the Bragin Region will be laid. This is a new stage in the development of the territory, emphasises Deputy Director General for Geology at the Belarusian industrial group Belorusneft Piotr Povzhik, “In the course of implementing the strategy of our company, as well as the instructions of the Head of State on the development of territories contaminated by the Chernobyl disaster, over the past two years we have focused our attention on the Bragin and Khoiniki regions. Let me note that prospecting work in the Bragin District, for example, has not been carried out for more than 40 years.
It was possible to start work on the new facility quite quickly. In order to reduce the cycle of well construction, the government of Belarus has introduced amendments to the resolution of the Council of Ministers that relate to construction documentation and expert examination. Thanks to this effort, the time for commissioning wells has been reduced by more than six months.” 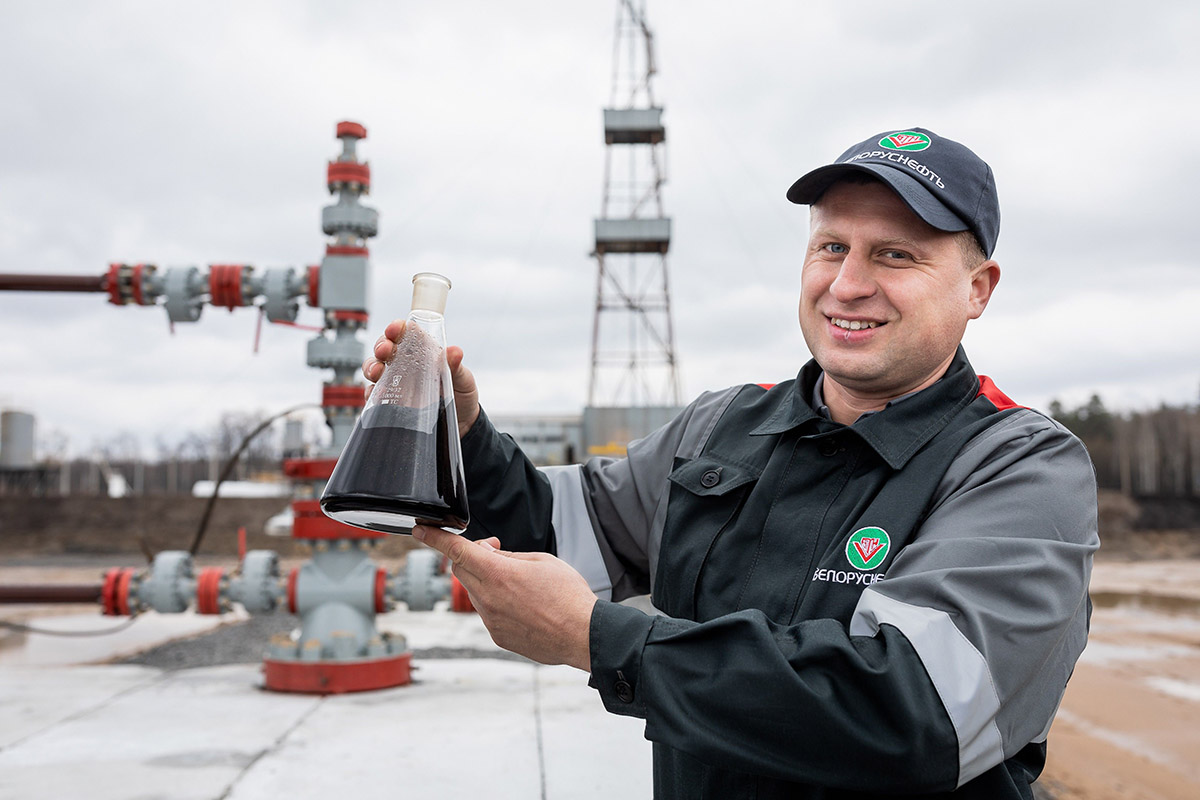 
The discovery of a new oil field is evidence of the high potential of the Bragin Region. Piotr Povzhik does not deny the economic importance of the new facilities, but says that the human security is the top priority, “We drive around all the territories in advance, check it with a dosimeter and update maps. We understand which zones cannot be entered, and where the working conditions are safe, because it is our people who will work there. Moreover, all the land is removed from here, and clean land is brought. I’m quite confident that there are no problems with the radioactivity level thanks to constant monitoring.”
Experts are satisfied with the quality of oil both in this area and at the Beskopylnovskoye field in the neighbouring Khoiniki District, where Belorusneft discovered three new highly productive deposits. Oil and gas production operator Alexander Pishchik fills the flask with black gold before our eyes and offers to make sure, “The oil is good, it is free of impurities, even by weight and density one can understand that the product is of high quality.”
“This year, the finds of our company are connected with four districts of the Gomel Region: Rechitsa, Zhlobin, Bragin, Khoiniki. In total, we have added more than six million tonnes of oil reserves due to geological exploration.” added Piotr Povzhik.
There are certain plans for the future. The volume of seismic surveys is growing, the success rate of exploration drilling in the eastern part of the central structural zone of the Pripyat Trough is high, and therefore new discoveries await oilmen, says Alexander Grudinin, Deputy Director for Geological Exploration of the Belarusian Scientific Research and Design Institute of Oil (BelNiPineft), “In the next four years, we plan to drill about 13 wells within new discovered fields, on new promising structures. Seismic exploration is now carried out using a modern 3D method. This allows us to obtain high-quality and reliable information on structural constructions. In recent years, technology, software have been improved, as well as the qualifications of our professionals, thanks to which we are more confident in our facilities.”

The potential of the deposits is approximately 800,000 tonnes of oil, and in general, there are more than three million tonnes in the field