During the wreath-laying ceremony at the Victory Monument, the President of Belarus, as a representative of the victorious people, addressed the nations of the Western states 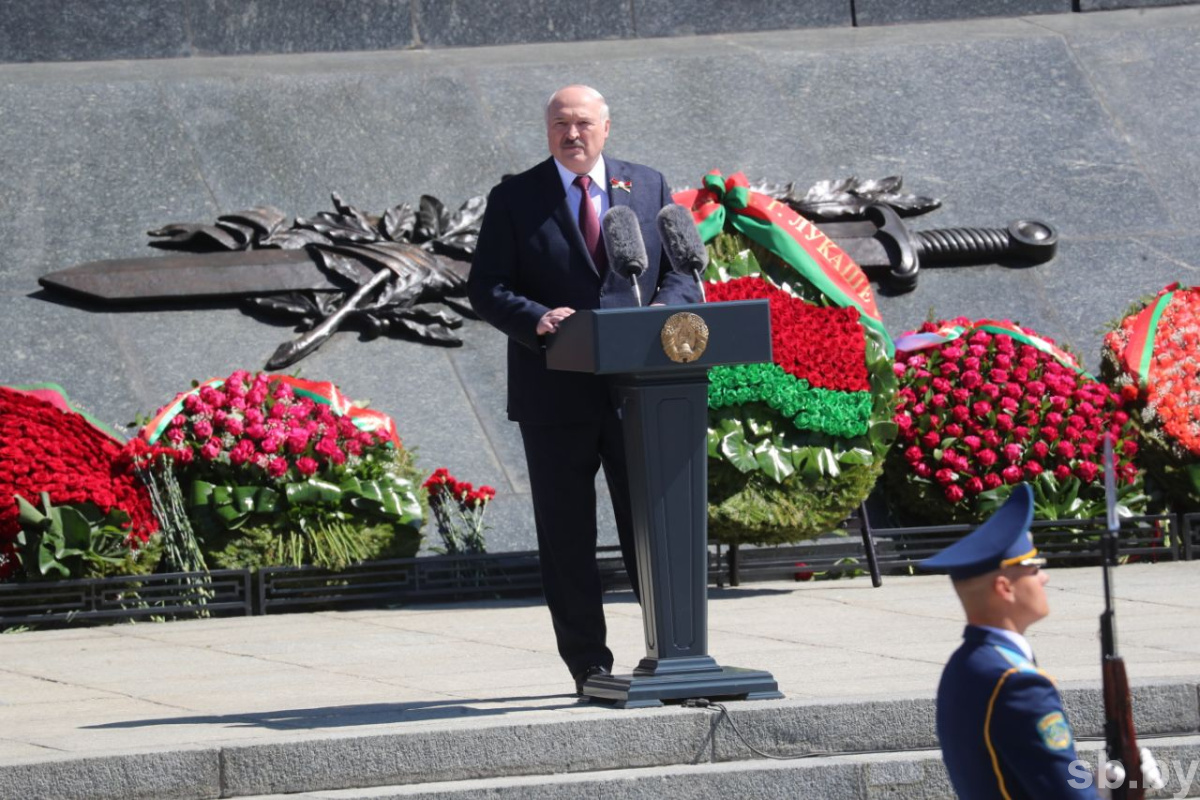 “I underline that my today’s appeal is to you – people of the Western countries, people who are just like us. Your politicians have done a lot to make you forget to whom the world owes liberation from fascism. Today, not many people living outside of Belarus and Russia know that WWII was won by Soviet soldiers, by the Soviet Union. Very few know that the Second Front, which is currently much talked about in the West, was opened only in summer 1944, when the victory of the USSR became obvious,” said Aleksandr Lukashenko.

The Head of State underlined, “The current rulers of the world saw a threat in the victorious offensive of the Red Army, which led to the defeat of Nazi Germany...”

Aleksandr Lukashenko addressed the peoples of Western countries, “I want you, ordinary people in Paris and Berlin, Warsaw and New York, Brussels and Amsterdam, living with dreams of a greener Sahara, saving the Amazon forests and feeding the children of Africa, to know that your money, a lot of your money, is being spent on the ordinary genocide. You are not saving any Sahara, you are not saving any forests and you have not fed the children. You were used without your knowledge in Yugoslavia, Libya, Iraq, Afghanistan, and now in our Ukraine.”