Speaking at a meeting of the Council of Ministers on functioning of the economy under sanctions and measures to overcome them, the President noted that sanctions have had virtually no impact on the agricultural sector, so – taking into account good harvest prospects – the branch is likely to demonstrate a growth, BelTA reports 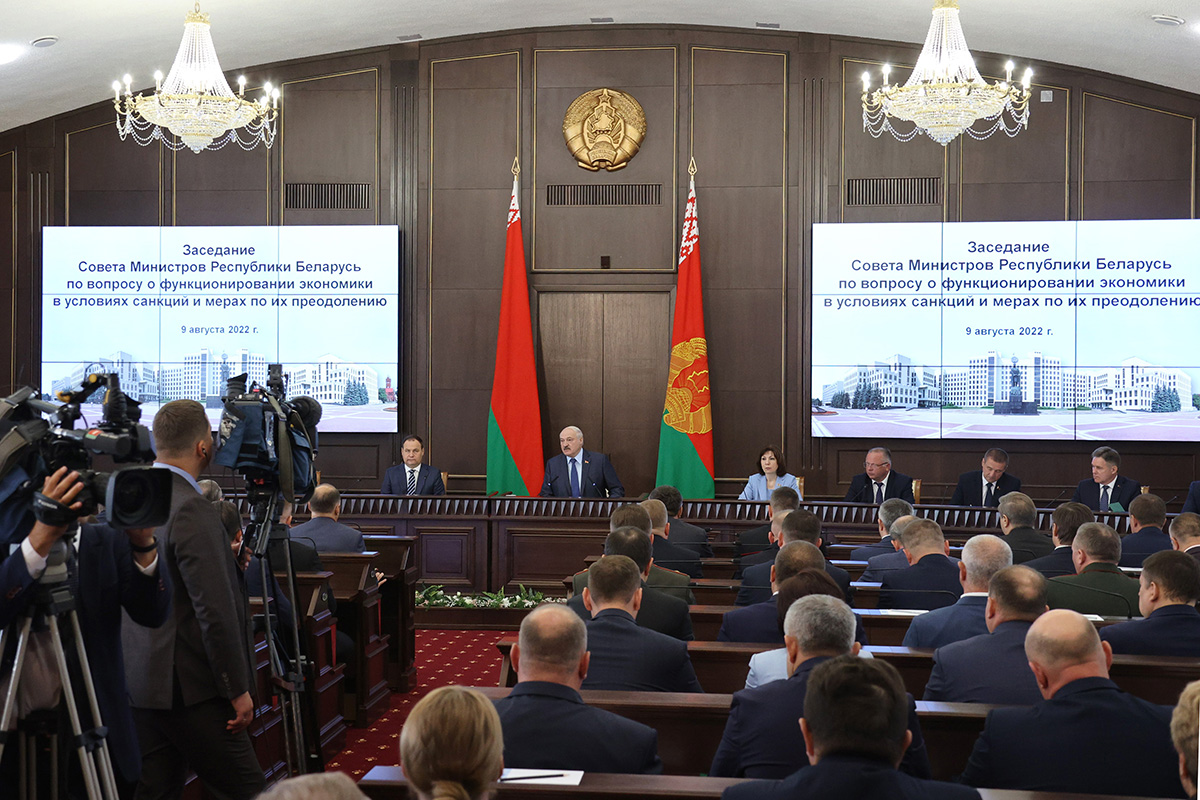 The Head of State stressed the inadmissibility of negative production dynamics in agriculture. "A drop in production in agriculture is unacceptable – not because we pay much attention to this sphere, but since the sanctions have actually not affected farmers. These sanctions are good for them: [they should] take and sell [products], especially in Russia. The most marginal market today is the Russian one," the President said. "Sanctions are a blessing for agriculture."

At the same time, Aleksandr Lukashenko reminded of the need to increase food supplies to China in order not to lose this market.

The President stressed that the industry is expected to grow by 4 percent this year. "The new minister [Igor Brylo] has given this promise. Everyone in Belarus knows that agricultural production will increase by 4 percent by the end of the year. God has given us a wonderful harvest of all crops," the Head of State said.

The Agriculture and Food Minister reported that, by the end of the year, an ambitious task would have to be achieved: $7.8bn in exports. Accordingly, a growth on the 2021 level will make $1.1bn.

However, the President emphasised that these figures should not substitute production in physical terms – simply put, ‘in pieces’. “I demand that, taking into account these high prices, we reach last year’s level in pieces as well. Therefore, there is no need to fool around here – speaking of figures. If we sold in pieces, just imagine how much more money we would earn,” he noted.

Mr. Brylo noted that there are practically no stocks in warehouses at present, while exports are growing. As for the domestic market, each region has been instructed on the necessary volumes to produce, and supplies have been agreed. According to him, the situation is under control.

Aleksandr Lukashenko asked of whether there is a shortage of some products in the market, and the Minister admitted that there is a certain problem with the Tetra Pak: it is not yet possible to replace it in full. "This is the only problem," he said.

In this regard, the President noted that people should get products they are used to, even in a different package, “They do not eat this Tetra Pak: people eat the product. So address them: ‘Dear people, true, we have problems with this Tetra Pak, so please buy the same product in a different packaging’.” Mr. Brylo explained that the production lines need to be revamped. “The war is raging. You should revamp them in a day, overnight,” the Head of State urgently demanded.

The Minister assured that everything possible will be done so as not to lose milk volumes in retail chains.

In turn, Prime Minister Roman Golovchenko, noted that – in addition to the issue of packaging – there is such a point that some of the products are now actively exported, and this is beneficial to enterprises. Accordingly, the situation in the domestic market is currently being administratively controlled. This is especially true for the city of Minsk, which does not have its own raw material zones.

In this regard, Aleksandr Lukashenko noted that the state had injected much money in the agro-industrial complex. Enterprises have cost advantages in a number of areas, and therefore – given the state support – the domestic market needs should be among the priorities.