Remaking of world order has begun, and it is now in full swing – as stated by the President of Belarus in his talk with journalists during a working trip to the Myadel District 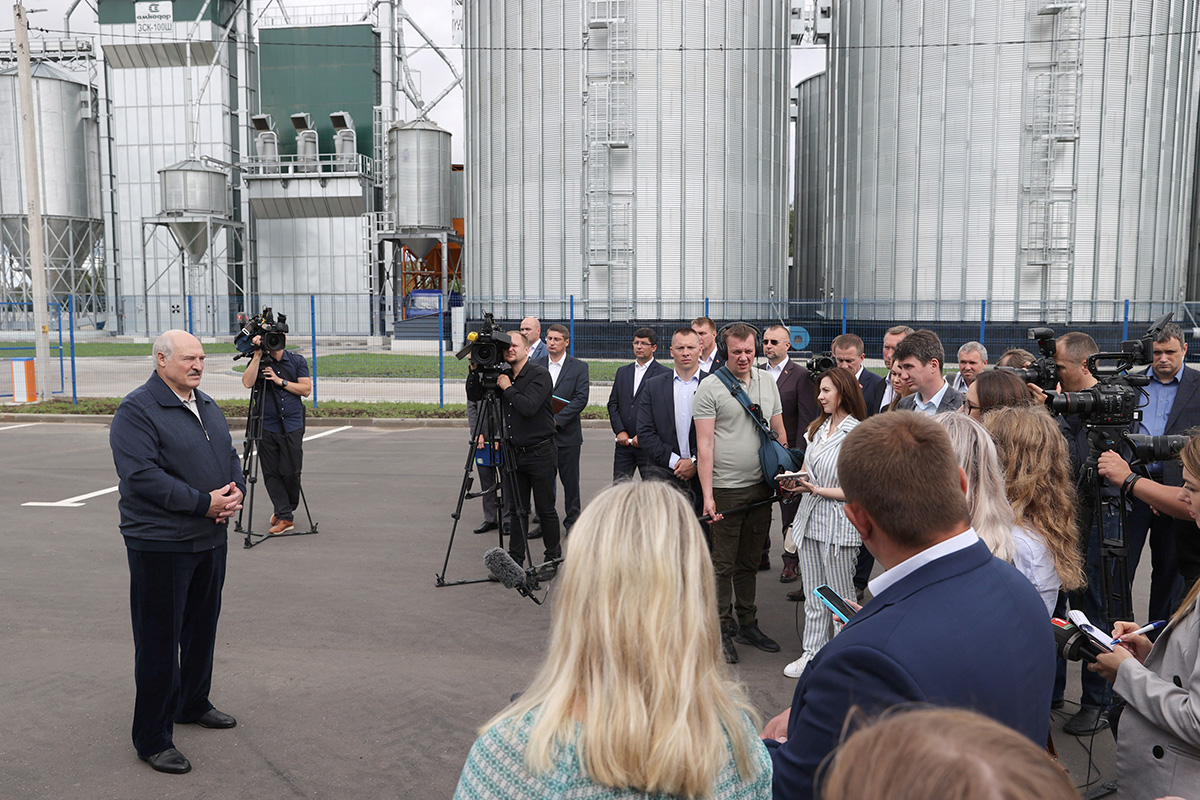 “There are attempt to remake world order. Everyone strong, as they view themselves, is trying to take something from a neighbour or somewhere else to secure their future and their influence – as far as they psychologically understand this. [This is happening] around the globe, and the US is at the forefront,” Aleksandr Lukashenko stressed.

The President noted that the main problem for the United States now is to maintain its dominance. To achieve this goal, it acts aggressively.

According to Aleksandr Lukashenko, the COVID-19 pandemic added fuel to the flames. “The pandemic aggravated all the ulcers. Do you remember how helicopter money was being scattered by the European Union, and how Americans printed [Dollars]? I said then that it would come out sideways. Inflation in the world is tremendous, and inflation is a very difficult time for the economy. We are importing this inflation. We are trying to resist, and so far it is tolerable. But these are difficult moments, and the pandemic exacerbated all this,” he noted.

The President added that irrational management of some state leaders is also observed, and their behaviour creates problems in the economy. “When would anyone have thought that prosperous Germany would recommend its people, and even forbid sometimes, to take a shower? Enlightened Germans are recommended [to take a shower] twice a week. This is observed everywhere,” he noted.

The shortage of goods and other infringements give rise to even more serious problems. “Famine and starvation always generate conflicts and wars. Driven by this [inciting conflicts], they want to show that they [governments] are effective, and so to lead people away from these problems. Meanwhile, there is a war in Ukraine, and [people have to] do with it. People will tolerate it for a while, but then they will start asking questions,” the Head of State said.

Aleksandr Lukashenko also stressed that there had been attempts to impose monkey pox on the global community, but they failed. Instead, COVID-19 has taken the stage again. In this regard, the President recalled, “We voiced this long time ago, and even Kosinets – a serious pessimist – said that COVID would become a seasonal disease. Autumn is coming, and there will be probably no bursts and no outbreaks, but seasonal diseases. We already understand that there is no need to get mad because of this. We just need to treat people, to look after ourselves, to avoid excess weight. This is the number one issue for any disease.”

The President emphasised that the situation had become tense even before the pandemic, but escalated during it. It is still continuing. “Low-performing leaders are trying to get out of this situation and withdraw their states [from it] through conflicts and wars,” Aleksandr Lukashenko stated.