The Belarusian Head of State believes that it is possible to set up the production of our own sunflower oil in the country. The President expressed this opinion during his visit to the selection and seed complex of the Scientific and Practical Centre for Arable Farming of the National Academy of Sciences in the Smolevichi District. 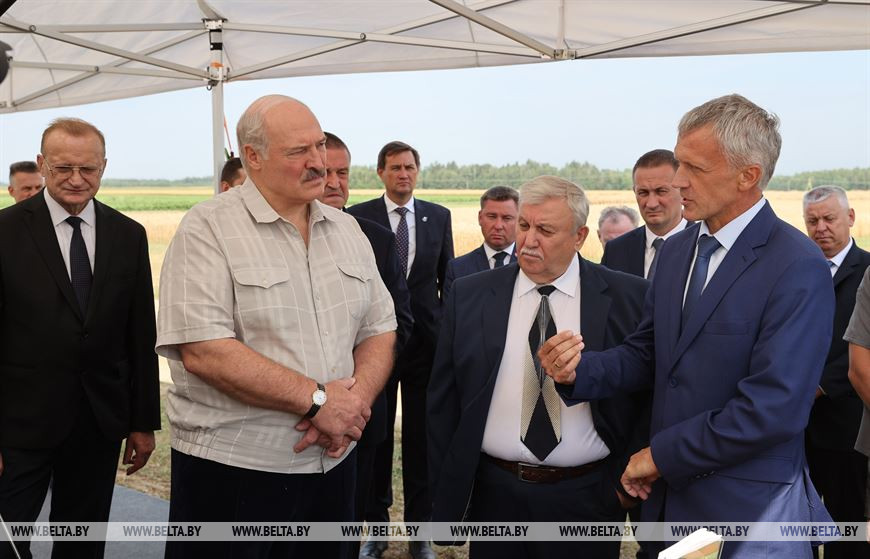 Aleksandr Lukashenko asked scientists a question regarding import substitution: how promising is it to expand sunflower crops in Belarus? He said that on his way to the Smolevichi District he saw a sunflower field.

“I do not say what it is in terms of crop yield, but excellent sunflowers grow there,” the President noted. “We need to cultivate sunflowers. Why do we import them? Why can’t we squeeze out our own oil and use the oilseed meal as forage for animals?”

Aleksandr Lukashenko instructed to conduct an appropriate experiment in order to make a final decision on the experimental presidential fields.

There was also a proposal to cut corn crops for the sake of sunflower. With the proper approach and observance of technologies in the remaining areas, the crop yield should not be reduced. Meanwhile, Deputy Prime Minister Leonid Zayats suggested to concentrate on rapeseed and obtaining oil from this plant. In his opinion, it can be more profitable and less risky.

Moreover, the cultivation of flax was also discussed in detail.

“There are changes,” Aleksandr Lukashenko believes. “This year, we’re observing a small increase in productivity, although the year was not easy for flax growing.”

The President stressed that local managers must be forced to allocate normal lands for flax growing, then the result will be more significant. The Head of State promised to return to the issue of flax cultivation in autumn during his scheduled visit to the Orsha Linen Mill.

Moreover, Aleksandr Lukashenko instructed to ‘stir up’ the Agriculture and Food Ministry, noting that there are about the same number of people there as there are in the Government. The Head of State directs the ministry to delve more into the situation locally.

“Therefore, during winter write down how much soybeans, peas, lupins, and so on should be sown,” the President instructed the Agriculture and Food Minister Igor Brylo. “However, technology should be strictly observed! Then we’ll need less agriculturally used areas.”