This was stated today by the President of Belarus, Aleksandr Lukashenko, during a wreath-laying ceremony at the Mound of Glory 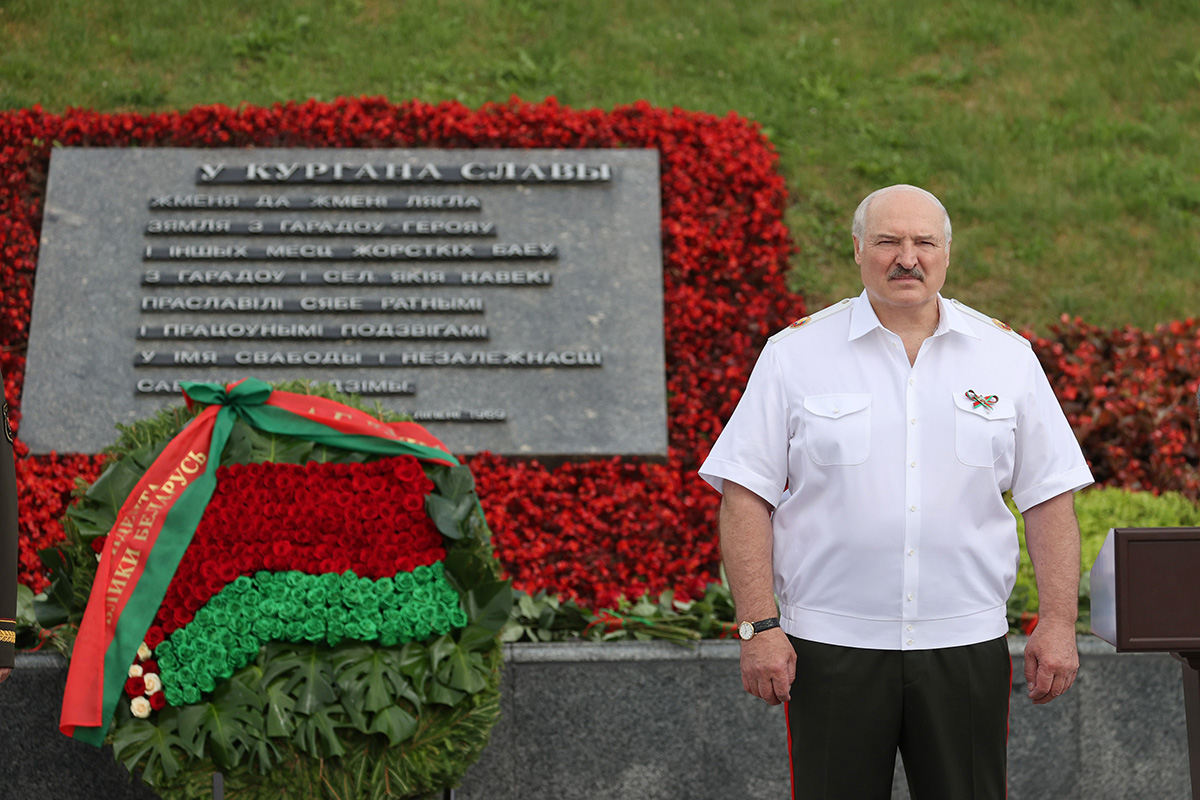 The Head of State said that he welcomes the initiative of the Belarusian and Russian parliamentarians to organise the Memory Train patriotic campaign.

“We need to be together like never before. Today we are reproached that we are the only country in the world that supports Russia in its struggle against Nazism, for its efforts to build a barrier against the abuse of the Russian people. We have supported and will continue to support Russia. These demands are ridiculous and sad. Russia is a fraternal state to us, the closest state in the world where our brothers live. Our tragedy is that today two fraternal peoples clashed: Russians and Ukrainians. This is our tragedy, but we always say that the truth is stronger and today the truth is on the side of fraternal Russia.”

The Belarusian leader noted that we are being reproached for being the only country that supports Russia in this struggle, “How many countries are there on the other side? Almost fifty who are actually fighting against Russia in Ukraine. Something is out of balance. In general, those who reproach us, didn’t you know that we have the closest alliance with the Russian Federation? Didn’t you know that we established a single grouping of the Armed Forces of the Union State a long time ago? Actually, it’s a single army. Did you know all this? So why are you blaming us today? We have been and will always be together with fraternal Russia.”