During the Easter service in the Transfiguration Church in Kopys, Orsha District, the Head of State addressed Belarusians and those residing in the neighbouring states. The President noted that peace, harmony and friendship are the key in life, and these have always been natural for Belarusians. 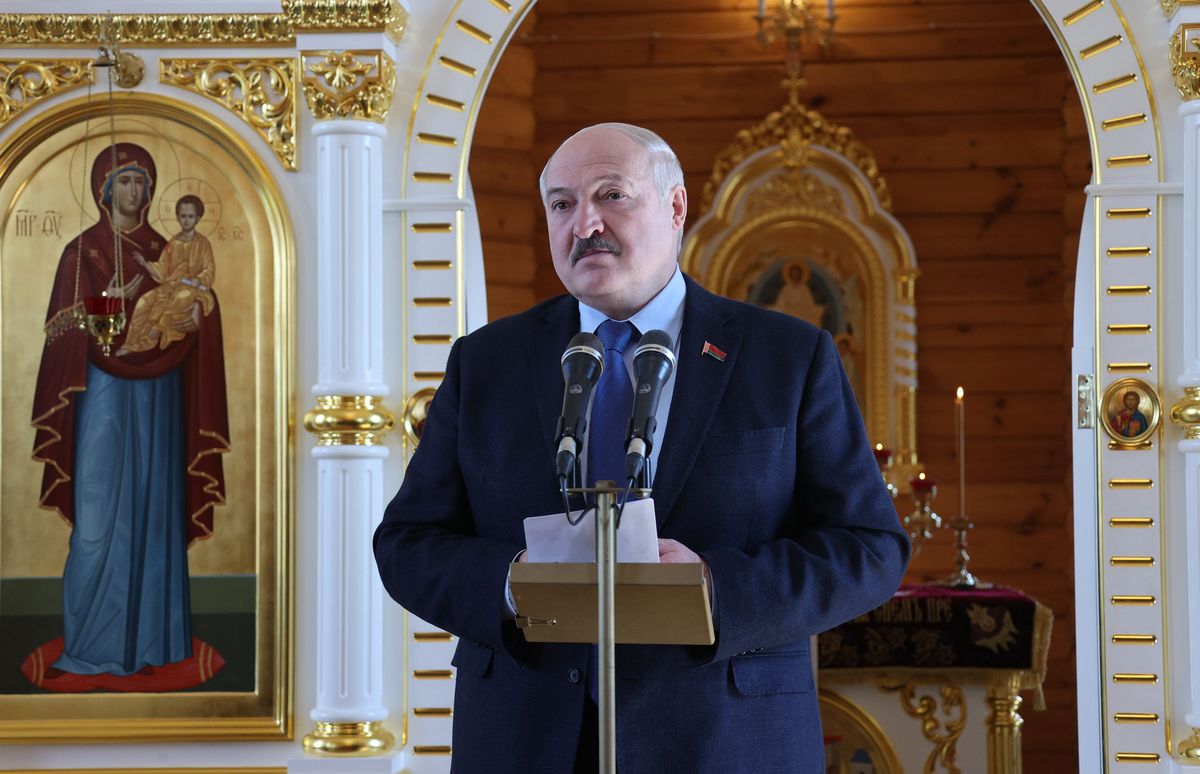 “Let's cherish peace – as it is always so topical,” Aleksandr Lukashenko said. “Do you remember how they made fun of me – especially the so-called opposition members, saying: ‘Go on! These people are all time thinking if only there were no war’. I always said: nothing is needed in case of a war. And these requests and demands of the Belarusian people – if only there were no war – sound so topical today. That is why, in the name of peace, in the name of normal life and friendship, I would like to appeal primarily to our neighbours: let us live in harmony. I would like to ask my colleague-politicians: let's not get mad, let's not create problems for our people. There are enough of them at present.”

Aleksandr Lukashenko drew attention to what is happening in neighbouring Lithuania, Latvia, Poland and, of course, Ukraine.

“They were so happy, they were so cheerful, they lived in such a ‘foreign’ world. They had everything. And where are they today? They stand along the borders and ask us to let them into Belarus – at least to buy buckwheat. Cereals would be a different matter – but they ask us for salt. We, as noble people, open this border, and especially on the eve of religious holidays – Catholic, Orthodox Easter... Come in, your people are here. The border should not blockade the normal life, including of our neighbours’ as well,” the President noted.

Aleksandr Lukashenko noted that Belarusians have always treated people in a neighbourly and human way, “In the way humans behave, as we say. We only want others to demonstrate the same attitude towards us.”