This year, Belarusian agricultural workers will earn more than $8 billion on food exports


The success of Belarus in the international dairy market, without exaggeration, can be called phenomenal: our share in world production is only 1 percent, but in trade — 6. The country exports 5 million tonnes of products per year in milk equivalent. This is the fourth place in the world after the EU, New Zealand and the US. At the same time, we annually produce about 8 million tonnes of milk with an average milk yield per cow of over 5,400 kilogrammes. However, we provide ourselves and others not only with milk, but also with meat. The production and export of meat and meat products are also increasing, factories are working steadily under sanctions pressure, and buyers in the domestic and foreign markets have long been convinced that Belarusian means quality. Let’s evaluate the outgoing year and the prospects for our processors. 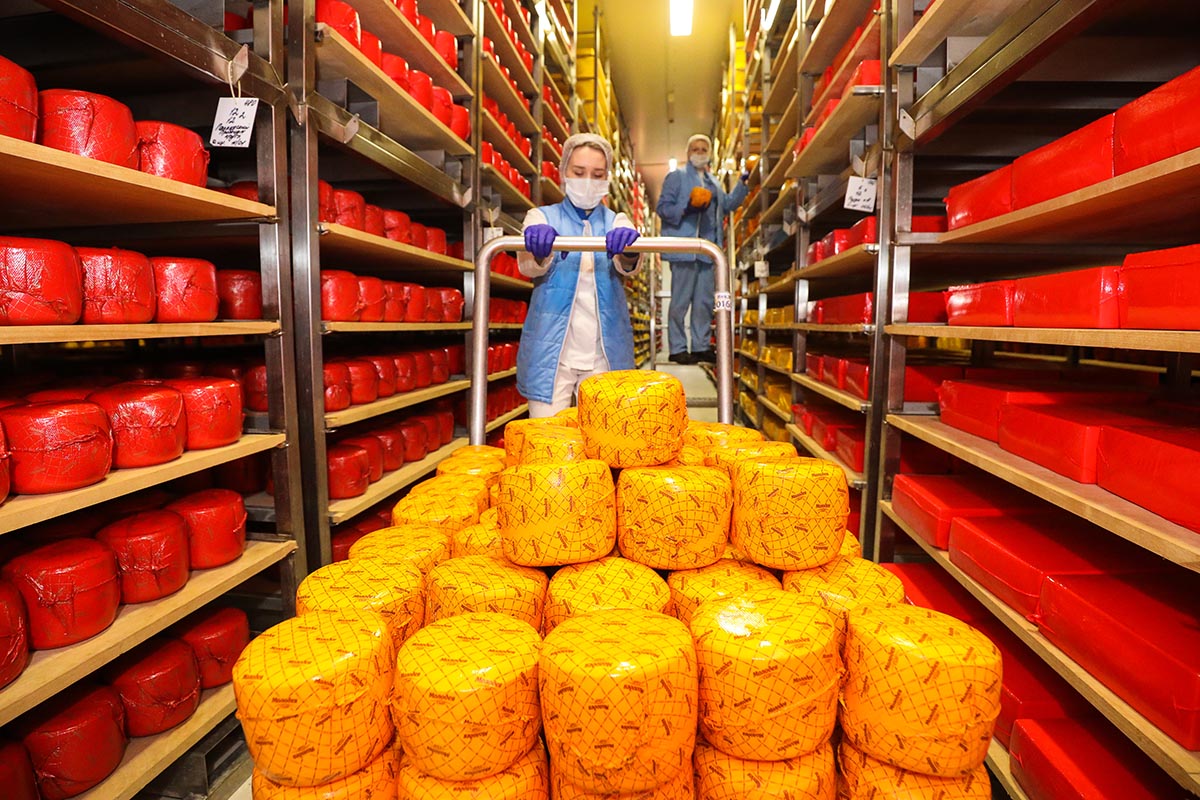 But it was not always so. For example, in 2000, agricultural enterprises produced only 2.6 million tonnes of milk, with an average milk yield per cow of 2,154 kilogrammes. Not surprisingly, almost all of it went to the domestic market. Only 430,000 tonnes of products in milk equivalent were exported for $65 million. It is not difficult to conclude what tremendous progress has been made in more than twenty years.

Belarusian Agriculture and Food Minister Igor Brylo said, “Belarus has a huge dairy potential. Our country is among the top five world leaders in milk production per capita for the year — 840 kilogrammes. Our own consumption — 244. Therefore, such large surpluses are formed, which are exported.”

This year, milk production in the country will approach 8 million tonnes. 9.2 million are expected in 2025 and 10.5 million in 2030.
“We focus on the introduction of modern technologies. We are gradually moving away from old farms with a milk pipeline and summer grazing to year-round stall keeping of cows and getting milk in milking parlours. This year, 61 percent of the dairy herd was already at such complexes, two thirds are expected next year,” explained Head of the Central Office for Animal Husbandry Intensification of the Agriculture and Food Ministry Natalya Sonich.


Who to look up to 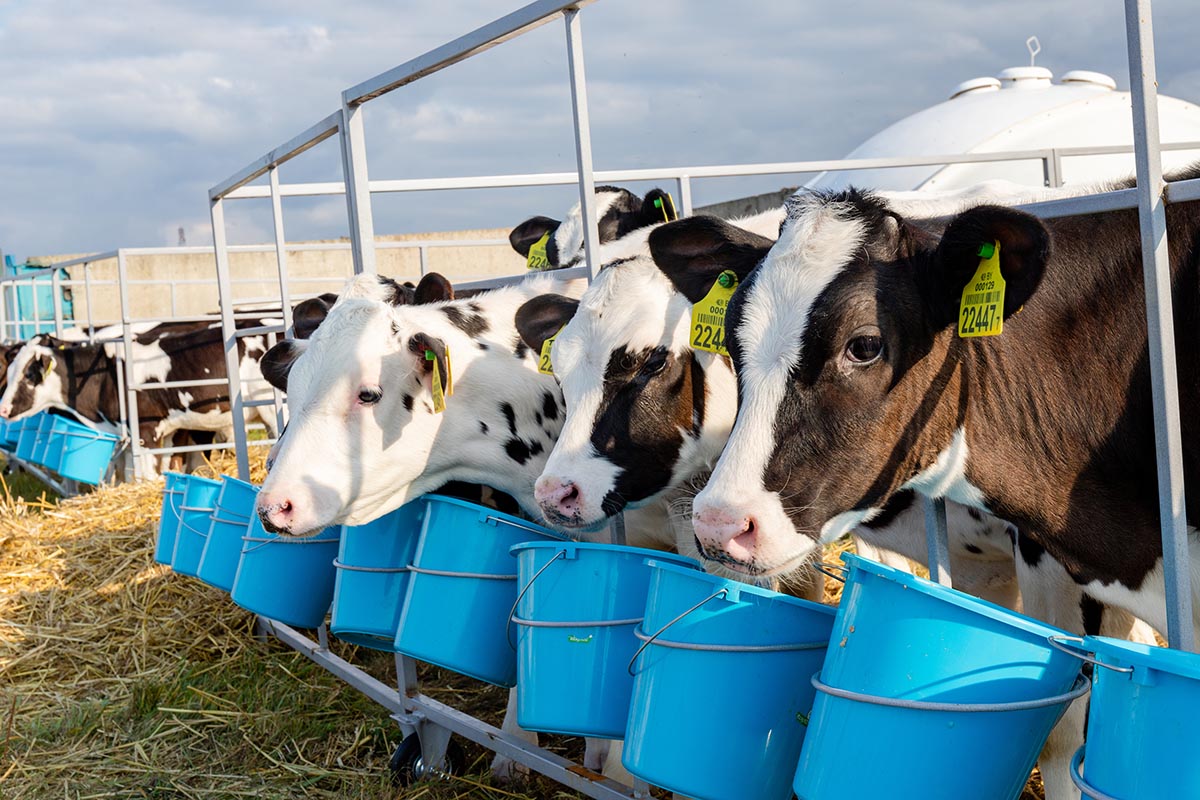 Milk for agricultural enterprises is the most profitable commodity today. Farms that milk a lot always have a solid bank account. This allows them to pay high salaries to the staff, buy fertilisers, fuel, equipment and spare parts. This means that all work in the fields and farms must be carried out in a timely and high-quality manner.
There are many farms in the country that have achieved excellent results in the industry. Every year the ‘club’ of those who receive 10,000 kilogrammes of milk from a cow per year is expanding. Three agricultural enterprises last year overcame the milestone of 12,000. The Molodovo-Agro unitary agricultural enterprise from Ivanovo District is an undisputed leader of recent years.
For 10 months of this year, the farm produced an average of 11,006 kilogrammes of milk from each cow, exceeding by more than a solid milestone of the same period last year by 762 kilogrammes. At the end of the year, the 13,000 threshold will be overcome.

Processing enterprises have free capacities. Therefore, they will easily cope with the increase in milk production in the future. At the same time, the industry needs to improve organisationally, to consolidate assets, that is, to get bigger.
This work has been going on for many years. If in 2001 there were 112 independent organisations operating in the industry, then in 2010 — 57, now — 33. The largest of them are Savushkin Product, Slutsk Cheese-Making Plant, and Babushkina Krynka.

As international experience shows, large corporations have more chances in the fight for a buyer in international markets. But it is from export that the dairy industry has the greatest income. Our country is the largest supplier of products abroad. Over the past 10 years, the volume of exports of dairy products has grown by 44 percent and amounted to $2.7 billion in 2021.

One of the most important issues this year is the operation of processors amid sanctions.
“The growth in the production and export of dairy products, as well as other food products, indicates that we are successfully overcoming difficulties. All dairies are running smoothly. Some difficulties that arose with the packaging were solved with the help of Russia and other friendly countries. We are also working on mastering our own production in this segment,” says Igor Brylo. 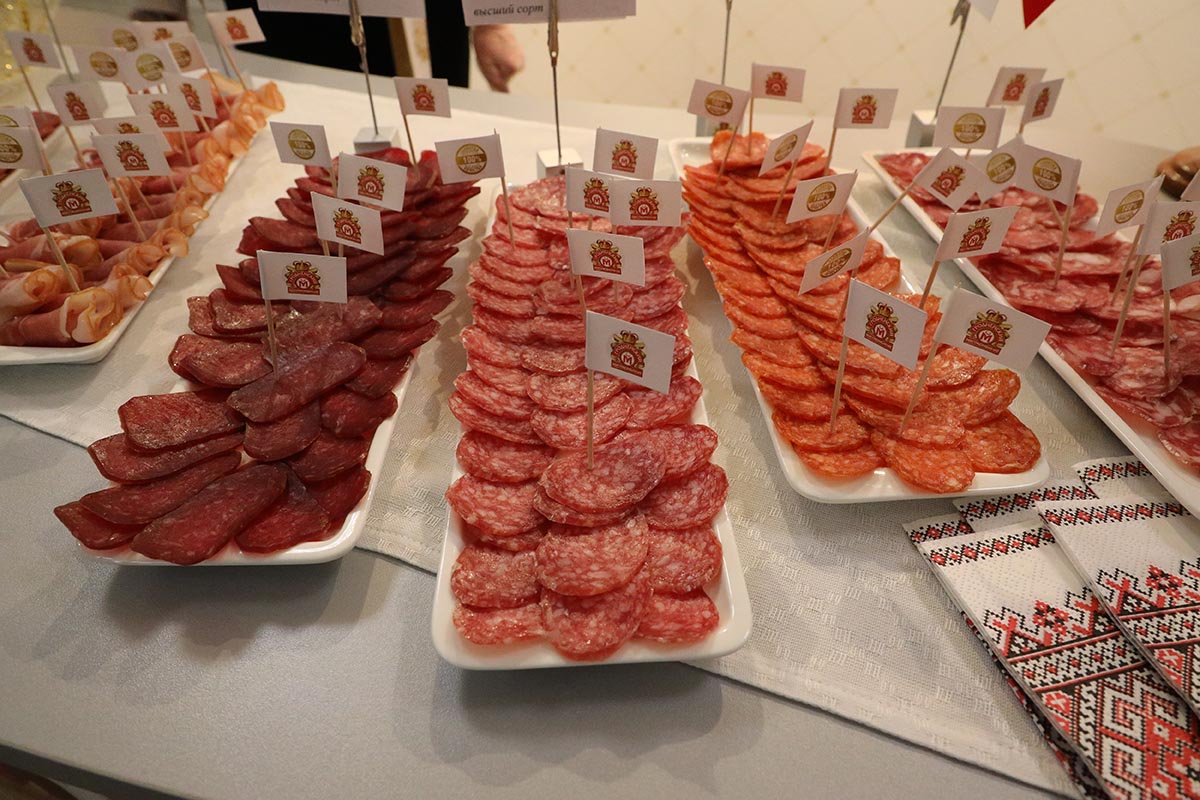 
Spare parts for imported equipment are imported or manufactured in Belarus. The same approach applies to packaging.
The situation on the world stage is an opportunity to unlock the potential of Belarus, including in the field of import substitution.

Belarus fully meets the needs of the domestic market in finished products of meat processing through its own production.
Meat consumption in the country per person per year is quite high — 98 kilogrammes. Self-sufficiency in meat and meat products — 135 percent. This makes it possible to export a significant part. Over the past year, meat products worth $1.2 billion were sold to foreign markets.
The existing structure of production by types of meat ensures the satisfaction of the market demand for a range of products and will be maintained in the near future. Now it is as follows: poultry — 38 percent of the total production, cattle — 37, pigs — 25. By 2025, it is planned to increase the total volume of beef production by almost 1 percent and reduce other types. 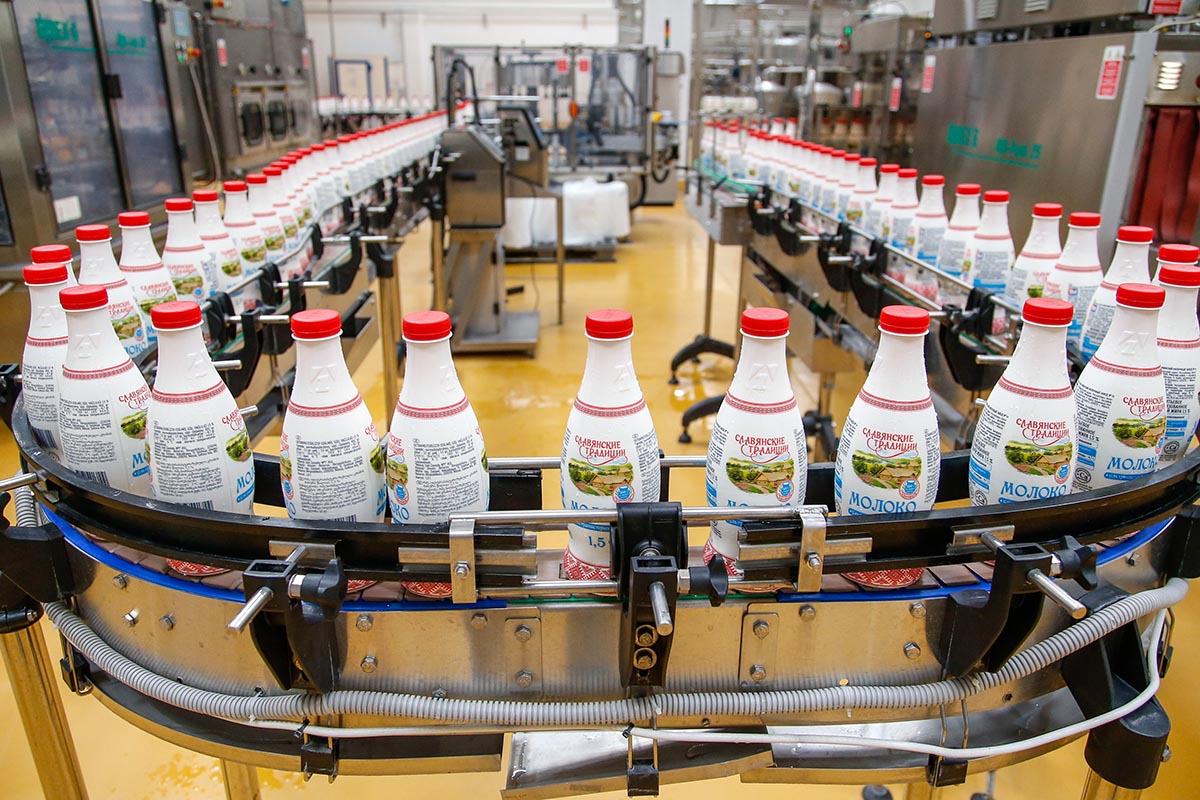 Deputy Chairman of the Committee for Agriculture and Food of the Grodno Regional Executive Committee Igor Sorokin explains, “With the current volumes of pork and poultry, we fully satisfy the needs of processors and trade. The situation is similar in the foreign market, where it is difficult to sell additional volumes of these types of meat. Mainly due to the fact that the main buyer — Russia — almost completely satisfied the needs on its own. Nonetheless, our eastern neighbours do not have enough beef. It is in this niche that we must strive, which we are doing. Cattle meat is also well sold to other countries.”
An increase in the production of turkey meat is one of the directions for the development of meat poultry farming. Now an investment project is being implemented for the construction of a complex for growing turkeys for 6,000 tonnes per year at the Agrokombinat Dzerzhinsky. In August, the day old turkey poults were brought for the first time. By the end of 2022, the production of 800 tonnes of this type of meat is expected.


The President of Belarus,Aleksandr Lukashenko,
“Agricultural products are increasingly becoming a strategic resource in the world market. And unlike natural resources, we can seriously increase this resource, deriving huge benefits for the country and people, increasing food exports.”
While listening to the report of the government on the results of rural development in 2005-2010 and the tasks of implementing the state programme for the new five-year period on March 22nd, 2011.