In the history of Belarus there were many outstanding people who left a significant mark and a good memory of good deeds for centuries. The Paskevich family, which settled on our land in the 1930s of the 19th century, is justly one of those who not only increased their own wealth, but also took the most direct and diverse part in the lives of people in Gomel and its environs, who came into the possession of Field Marshal General, Count Ivan Fyodorovich Paskevich-Erevansky, Serene Prince of Warsaw, on whose family coat of arms the words ‘Honour and fidelity’ were inscribed. 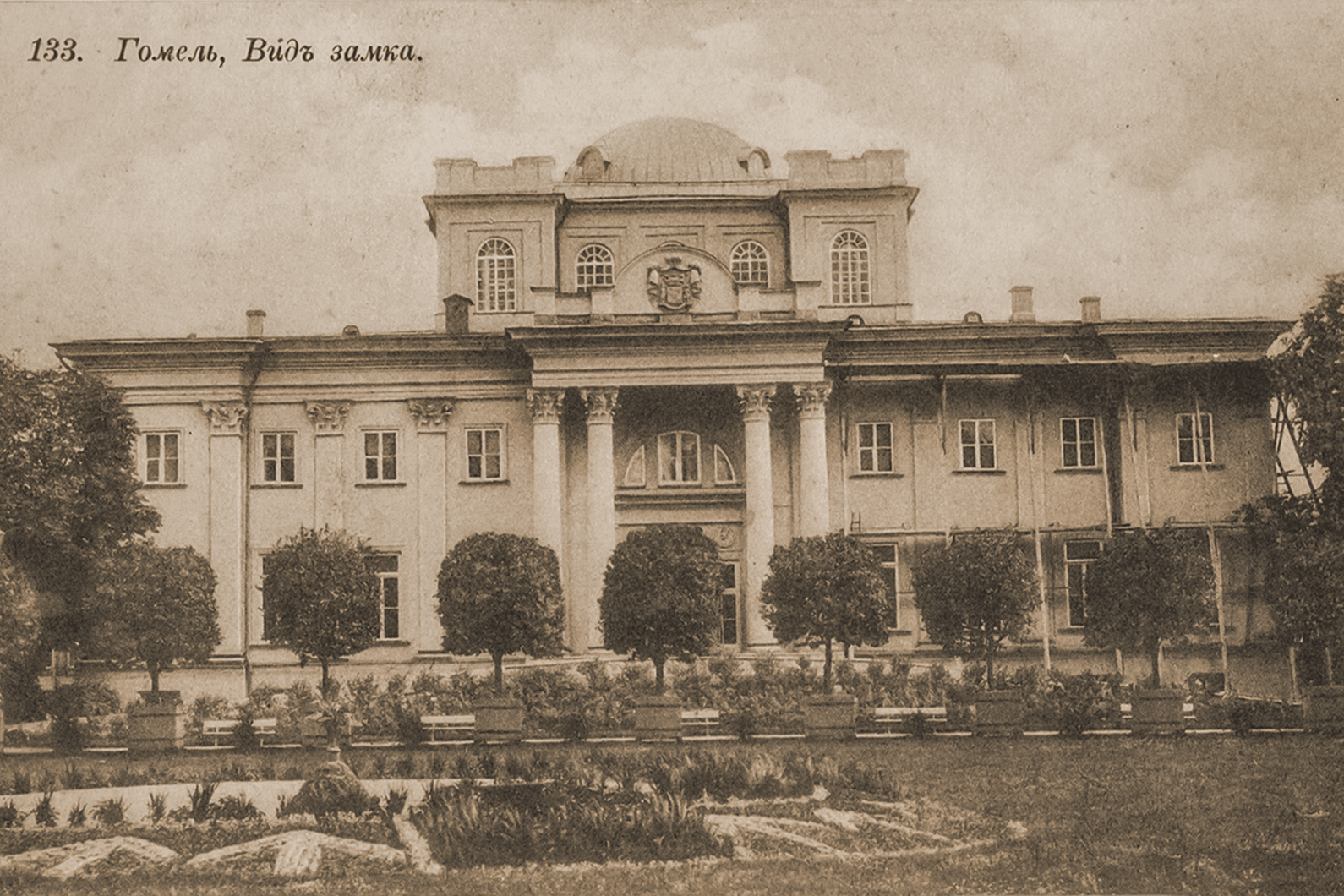 Gomel. Palace of the Rumyantsevs and the Paskeviches. Beginning of the 20th century.

In 1834, Paskevich bought these lands from the previous owners of the Rumyantsev-Zadunaiskys and made a lot of efforts to turn the privately owned town into a county town, and then into the centre of the district of the Mogilev province, creatively developing and multiplying the achievements of its predecessors. Ivan Fyodorovich added a glass manufactory, a sugar and tallow-candle factories, a hulling mill, several cordage and sawmill enterprises, parochial and public schools to the stone palace built by the Rumyantsevs, the Petre and Paul Cathedral, the Ilyinskaya and Trinity churches, the Lancaster school, the gymnasium, the Gostiny Dvor and numerous plants and factories.

In the second half of the 19th century, the St. Petersburg — Odessa highway passed through the city, a St. Petersburg — Sevastopol telephone line was laid, the Libau–Romny and Polesie railways were built. 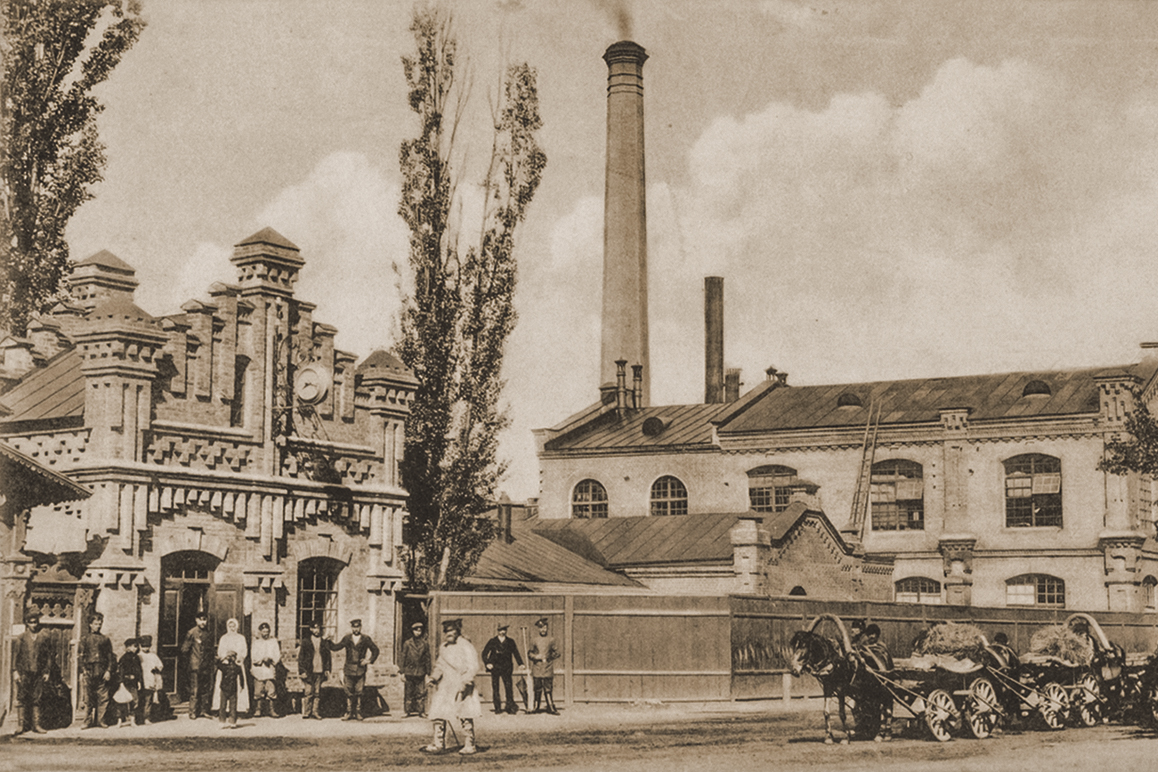 The nearby towns were also not bypassed by the attention and care of the Paskevich dynasty. In particular, in Dobrush, where in those years there was already a solid industrial potential in the form of canvas, iron foundry, copper processing and flour milling manufactories. A copper smelter was first built, and then Dobrush Paper Factory, perfectly preserved to this day (no doubt, taking into account the modernisation of equipment), the first production of which dates back to 1872. Here, the production of several types of paper began: wrapping — for packaging tobacco and sugar, ‘match’ — for printing labels, as well as writing, printing and newspaper. By the end of the 19th century, the factory became the largest enterprise in the country, taking 8th place in the ‘List of Factories and Plants of the Russian Empire’ of 1903. 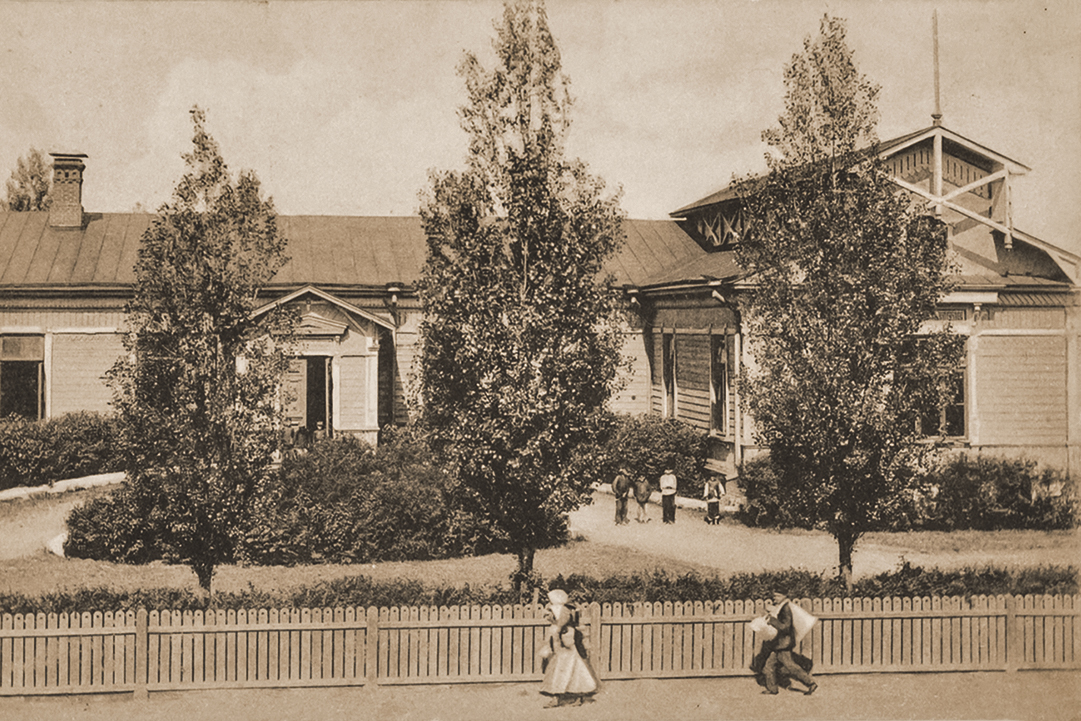 In January 1910, the manager of the Dobrush Stationery Factory Anton Stulginsky established a vocational school, where they trained workers of various specialties: carpenters, shoemakers, locksmiths, blacksmiths, bookbinders and textile workers.
Another significant project for the development of the Belarusian industry was connected with the factory: in 1896, the first industrial power plant in the territory of present-day Belarus with a capacity of 875 horsepower began to work here.


Noble mistress of the Gomel lands

When it comes to the Rumyantsevs and Paskeviches, all historical sources, without exception, noting a very significant contribution to the development of the region of each of them, nevertheless highlight the ‘last Gomel princess’ — Irina Ivanovna, the wife of Fyodor Ivanovich Paskevich.

Having inherited the Gomel estate and 85,000 acres of land after the death of Ivan Paskevich, Irina and Fyodor spent most of the year not in St. Petersburg, but in Gomel, actively participating in all city undertakings and transformations, paying special attention to charity — family donations were unprecedentedly large. 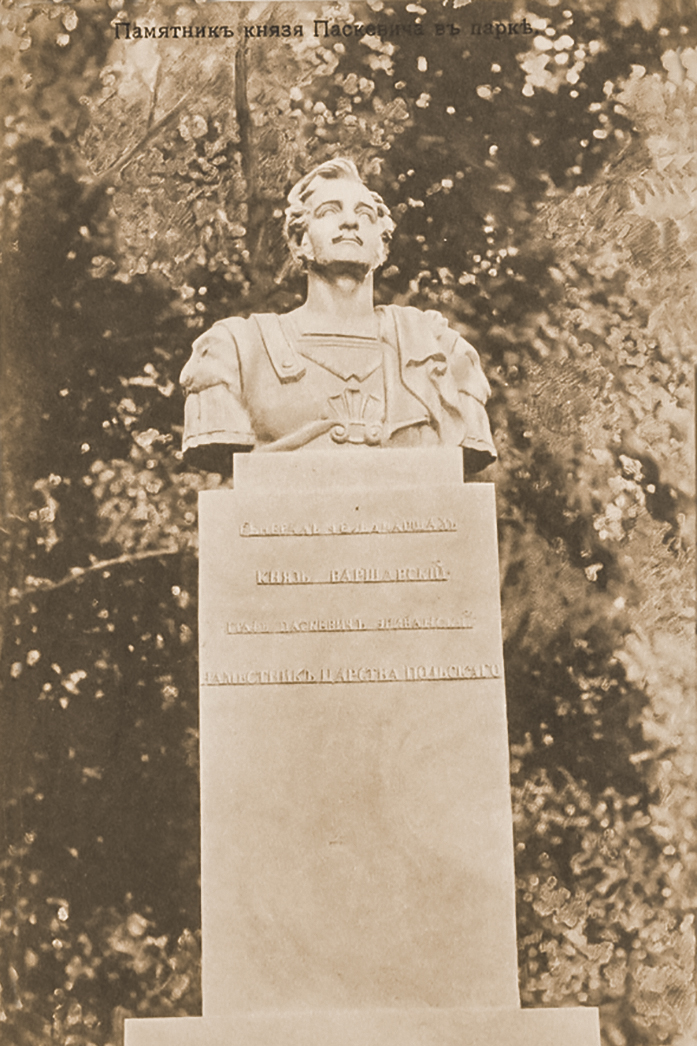 Gomel. Monument to Paskevich.
Beginning of the 20th century.
A shelter for underage girls was established at the suggestion of the princess, the construction of a Gomel male gymnasium at the intersection of Mogilevskaya and Gymnazicheskaya streets (now Kirova and Komsomolskaya) was completed, and the Society for Assistance to the Poor was created. Irina Paskevich made sure that at least 20 children from low-income families study in Gomel gymnasiums every year, and teachers of the Dobrush parochial school receive a monthly increase in allowance from the personal funds of the princess’s husband.
At the age of 68, having become the sole owner of the Paskevich inheritance, she redoubled her zeal in implementing charitable projects and improving the working and living conditions of workers employed at the enterprises of Gomel and Dobrush.
A new building for the Dobrush two-year elementary school was built (and later restored after a fire) at the expense of the princess. Constant consultations with doctors, free treatment and dispensing of medicines from the factory pharmacy were organised for the workers of the sawmill at the paper mill. Part of the profit was directed to the construction of a district hospital for 40 beds and an overnight shelter in Gomel. 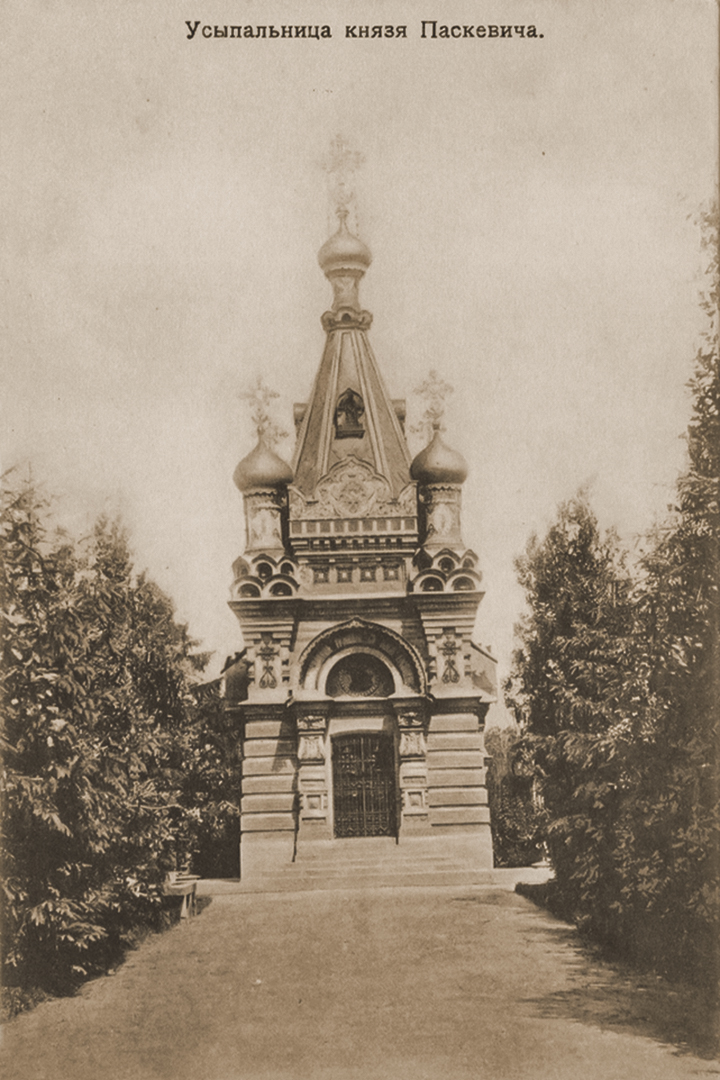 Gomel. Tomb of the Paskevichs.
Beginning of the 20th century.

Public schools were built in the villages of Zalipye, Pribor, Davydovka and Studenaya Guta at the expense of Irina Paskevich. It partially financed the city water supply system built in Gomel in 1907.
During the First World War, Paskevich-Erivanskaya financed the construction of a hospital for the wounded on the basis of the city gynaecological hospital. In 1915, Emperor Nicholas II of Russia visited it and was delighted with the conditions created, which he expressed in his telegrams addressed to Irina Ivanovna. A little later (thanks to her cares) a zemstvo hospital appears in Gomel.
The princess did not forget about her residence — the Gomel Palace. The park ensemble, carefully landscaped and kept in excellent condition, has become perhaps the main attraction of the city. By the way, the mistress of the palace kept meticulous records of all inherited and personally acquired valuable things. The invited guests noted the exquisite taste of the Paskevichs when compiling a collection of valuables. Art historians even called the art collection of the Gomel Palace a hymn to the art of the 19th century.
Unfortunately, fate was unfavourable both to the collection of the Rumyantsev-Paskevich Palace and to its last owner. Most of the valuables were transferred to the Moscow Historical Museum in 1919, and from it (with the participation of the Antique Export Fund) disappeared without a trace abroad. The palace was nationalised, and the princess died of pneumonia in 1925, huddled first in a forester’s folwark, and then in the house of her former cook Lyaskevich.
Nonetheless, the grateful Gomel residents do not forget about the historical and cultural heritage left behind by representatives of a glorious family, including the ‘last Gomel princess’.