The Lithuanian public is building bridges of friendship between our countries

To find opportunities for restoring good-neighbourly ties in difficult times, to identify areas of co-operation for the future — this is the message Lithuanian bloggers came to Belarus with. The guests stressed that our peoples, despite some political difficulties, have a common spiritual connection that will allow them to overcome all difficulties. 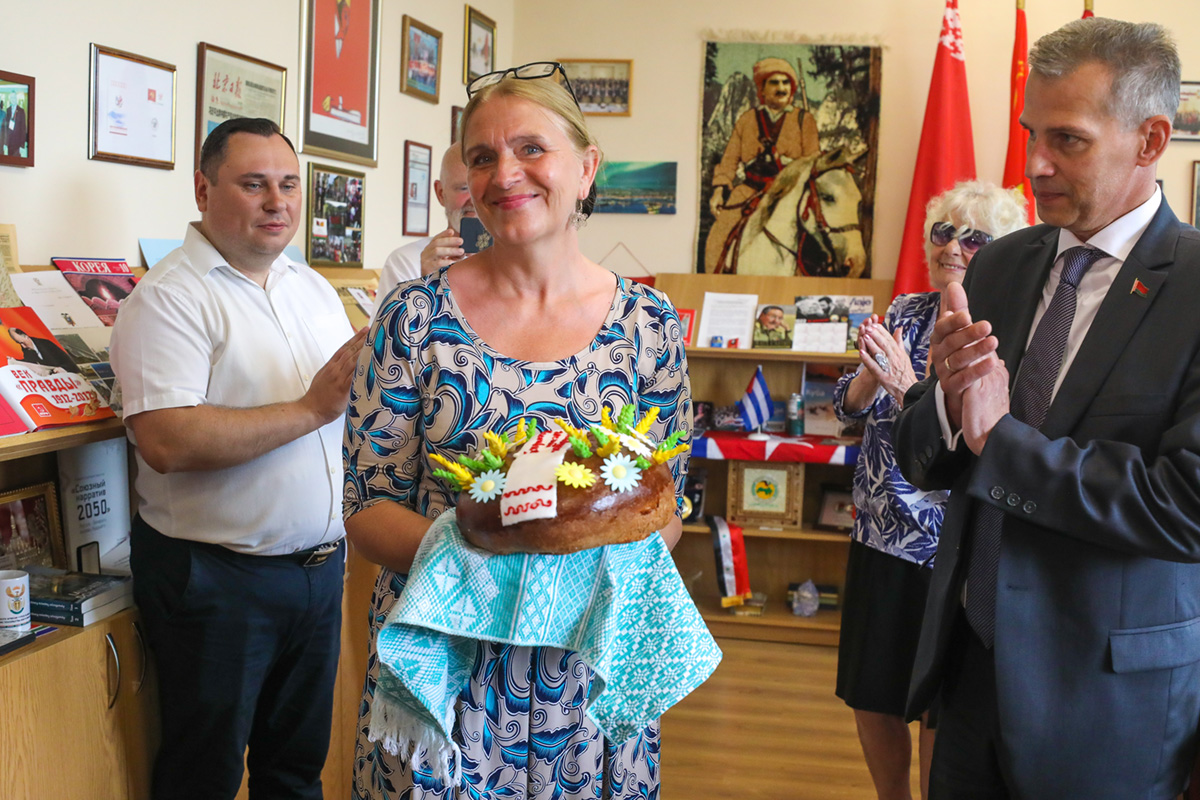 Representatives of the Lithuanian media met with the leadership of the Communist Party of Belarus in Minsk.
“The values that the Communist Party of Belarus carefully preserves are very important for us. In the West, the idea of spiritual and moral guidelines, the upbringing of children and youth is distorted. We see that Belarus is confronting such challenges and threats,” said Erika Svencioniene, Lithuanian public figure, coordinator of the Neighbourliness Forum.
First Secretary of the Central Committee of the Communist Party of Belarus Aleksei Sokol works a lot with the younger generation. He is sure that today it is necessary to place stake on youth policy, “Our Communist Party and the Lithuanian Neighbourliness Forum social movement pay great attention to the education of young people. It is crucial. There is a lot of pressure on young people today, especially of external origin. We must resist this. The League of Communist Youth is registered in our party. It brings together young people who are interested in politics and international activities.” 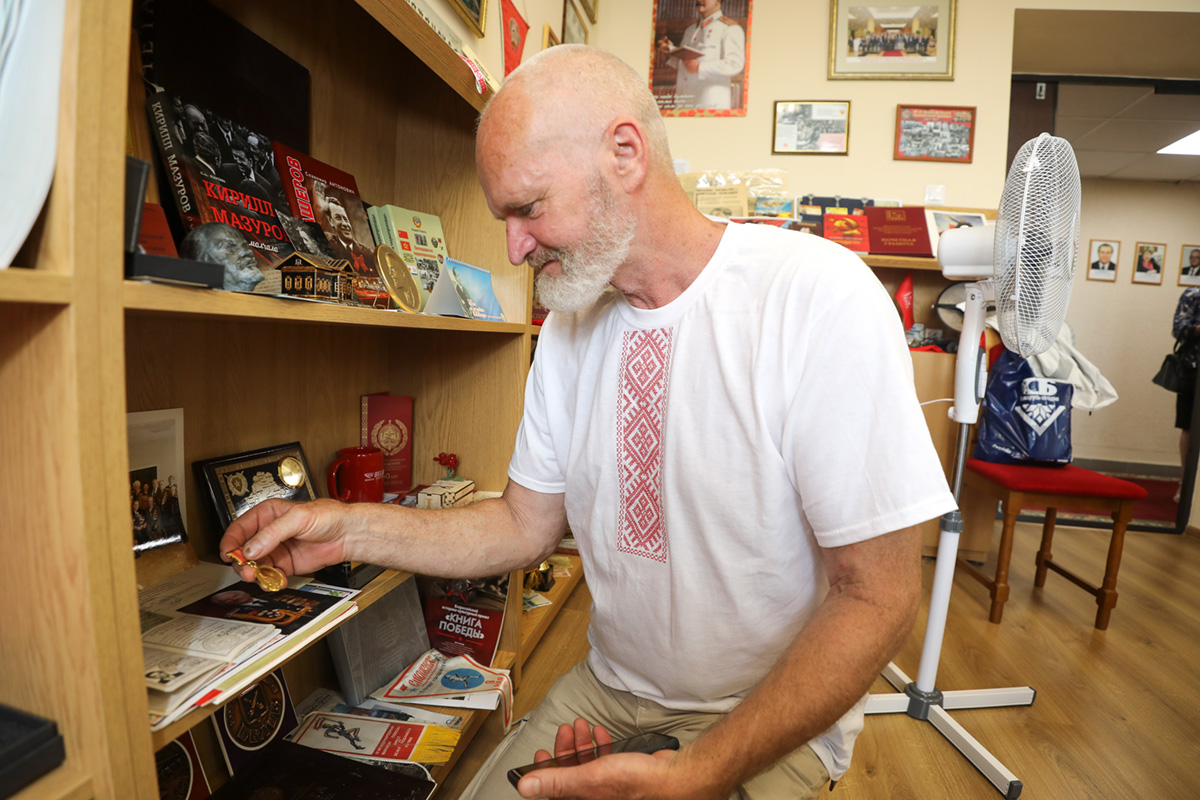 Looking forward to your visit

The Lithuanians congratulated the Belarusians on the upcoming Independence Day, noting that this date entered the history of Belarus as a bright page of the heroic valour of front-line soldiers and home front workers who liberated the country and won freedom for the people.
“This is not the first time we come to Belarus. You have an amazing country. It is symbolic that the milestone — July 3rd — is historically connected with the day of the liberation of the capital of Belarus from the Nazi invaders. The leadership of Belarus does not allow monuments in your country to be destroyed. All heroes on Belarusian land are remembered with gratitude,” noted Kazimieras Juraitis, Lithuanian journalist and director.
At the same time, the West is doing everything possible to erase the heroism and feat of the Soviet soldier from the memory of mankind: they are trying to rewrite history, desecrate memorials and demolish monuments to the soldiers-liberators. Moreover, today the peoples-heirs of the winners are under strong ideological and informational pressure. 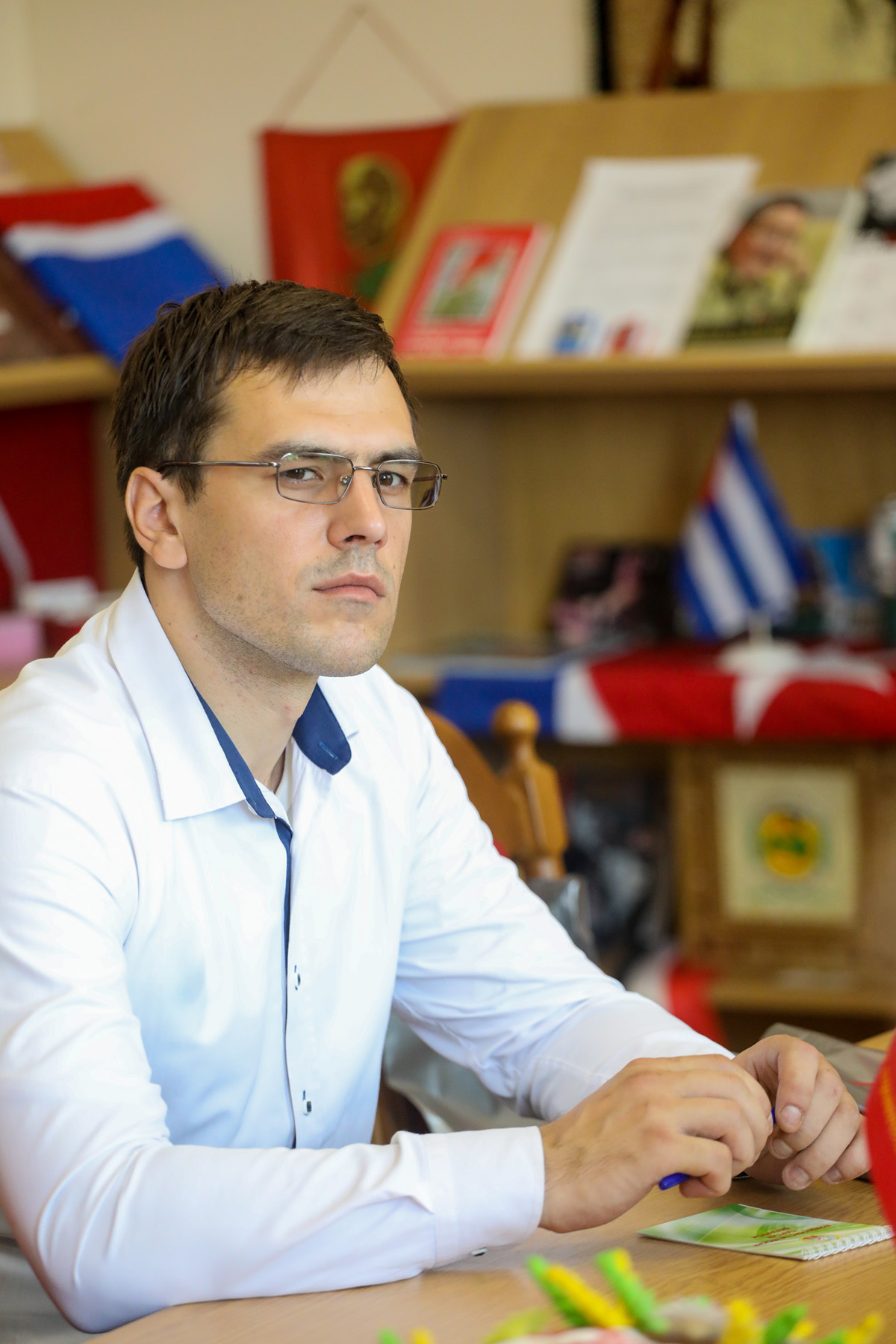 “Propaganda is a terrible weapon. When you know how this mechanism works, you understand how essential it is to convey the truth to people. We study your country, talk to people, and then show our readers and viewers a real picture of what is happening. Of course, our authorities are fear that positive information about Belarus will reach a certain number of people,” told Kazimieras Juraitis.
Despite the repeated carbon-copy statements of Western politicians, the people of the Baltic countries have a good attitude towards Belarus, which is manifested in the demand for a visa-free travel. More than 88,000 foreigners have already taken advantage of this opportunity to enter the country. Most of them (almost 60,000 people) are citizens of Lithuania. Our neighbours got the opportunity to buy delicious and high-quality products, visit their relatives, relax in sanatoriums or farmsteads.
“I was struck by the ship-shape streets, the decency, friendliness and responsiveness of people. It seems like a distance of 200 kilometres, but we seem to have arrived in another world. Belarusians show desire to communicate and talk about their lives. At the same time, I did not hear any negative statements from the local residents, although here, in Lithuania, they denigrate the picture of life in your country. For example, they say that in Belarus everyone wants to go to work in Europe. But we were passing the city of Oshmyany and I saw a completely different picture: a beautiful, clean city with hardworking people. However, we have small towns reminiscent of Chernobyl, where life actually stopped. No jobs, no prospects, young people leave en masse,” shared his impressions Arturas Lukjancukas, Lithuanian blogger, member of the Neighbourliness Forum.
“Belarus has reasonable prices compared to Lithuania and other European countries. We see that the rash actions of politicians affect record inflation and a drop in the standard of living of ordinary people. All this turns into a shortage of food, mineral fertilisers, and the high cost of gas. Lithuanians come to Belarus for shopping. Now many people choose real estate in Belarus, consider bank deposits to save their money,” noted Kazimieras Juraitis.