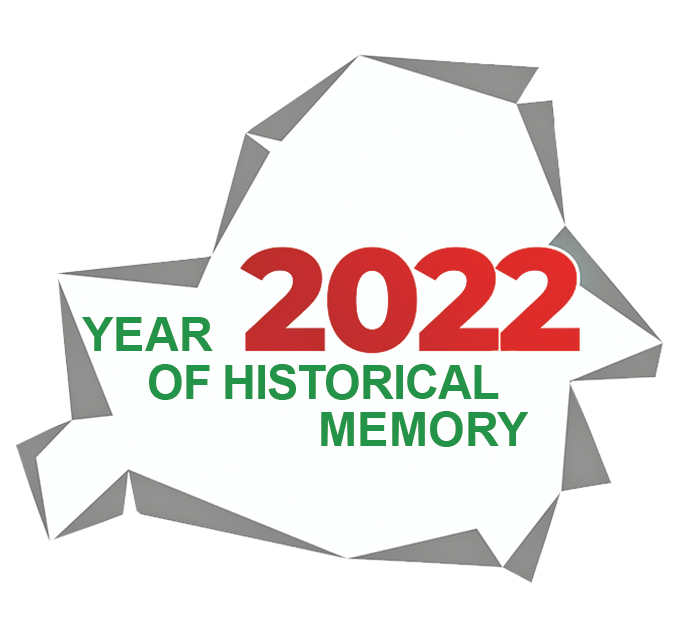 Places everyone should visit in the Year of Historical Memory

While some of our neighbours are cynically cracking down on monuments designed to preserve the historical memory of the events of the Great Patriotic War, every monument, obelisk or memorial complex is under protection in our country. The memorial sites associated with the period of the Second World War are truly sacred in Belarus, where every third person died in the bloody years. There are many monuments — silent witnesses of those events, all of them are important. We keep naming the ones that everyone should visit.

Mound of Glory is a symbol of the unity of the people in the fight against the Nazis. A sculptural composition of four bayonets rises at its top. They symbolise the fronts that liberated Belarus. However, thousands of people joined the creation of one of the main war memorials in Belarus in the 70s of the last century. They carried a handful of soil from different settlements that had suffered during the war to the growing hill.
For reference. At the initiative of the Federation of Trade Unions of Belarus, the exposition of military equipment at the foot of the Mound of Glory was replenished with the main weapon of the Great Patriotic War — the legendary Katyusha on the 75th anniversary of the Victory in 2020. This initiative was awarded the Spiritual Revival Award by the President of the Republic of Belarus. 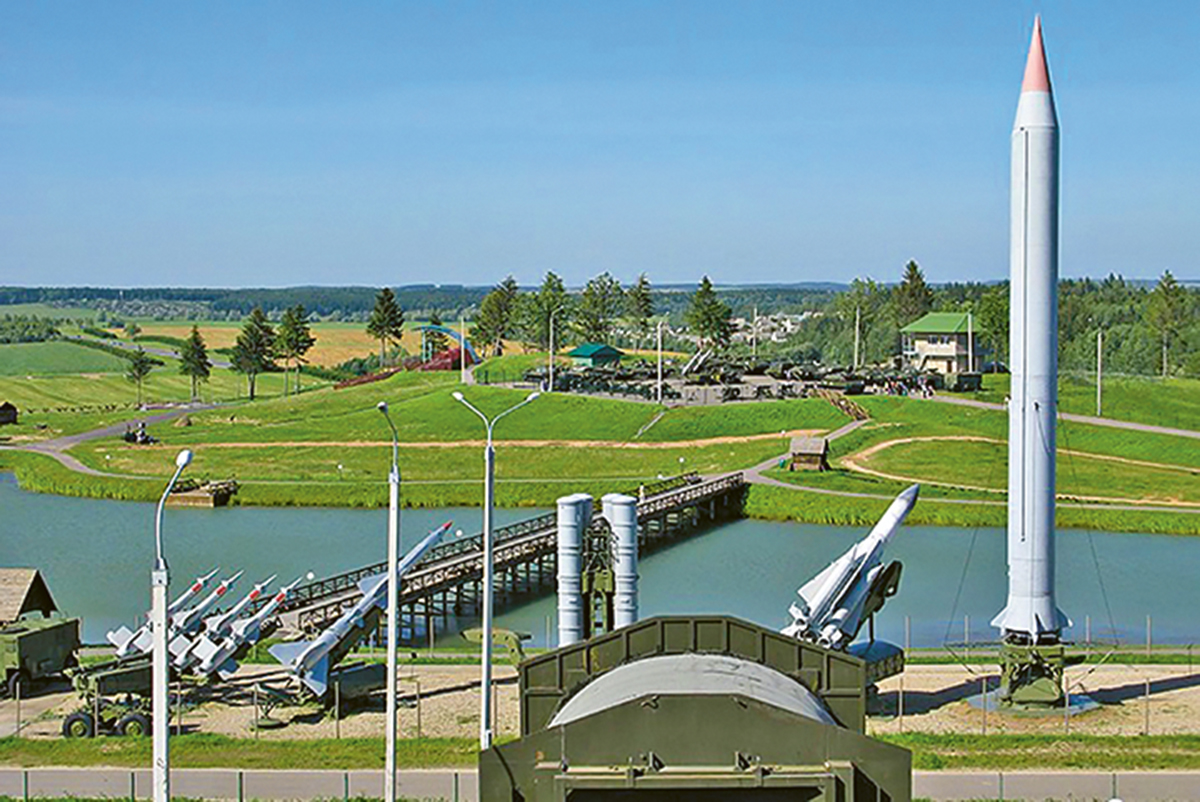 The open-air military-historical museum is based on the permanent strongpoints (pillboxes) of the Minsk Fortified Region that have been preserved since the 1930s, which was part of the system of fortified areas created in the late 1920s — early 1930s on the western border of the USSR. This system received the unofficial name Stalin Line by analogy with the well-known Maginot Line, Mannerheim Line and others.
For reference. The 16th Bagration Festival, one of the most attended events of the complex, will take place from July 2nd to July 3rd. The guests are invited to see the large-scale military-historical reconstructions of the events of the Great Patriotic War that took place on June 28th, 1944, during the Byelorussian Strategic Offensive Operation Bagration. 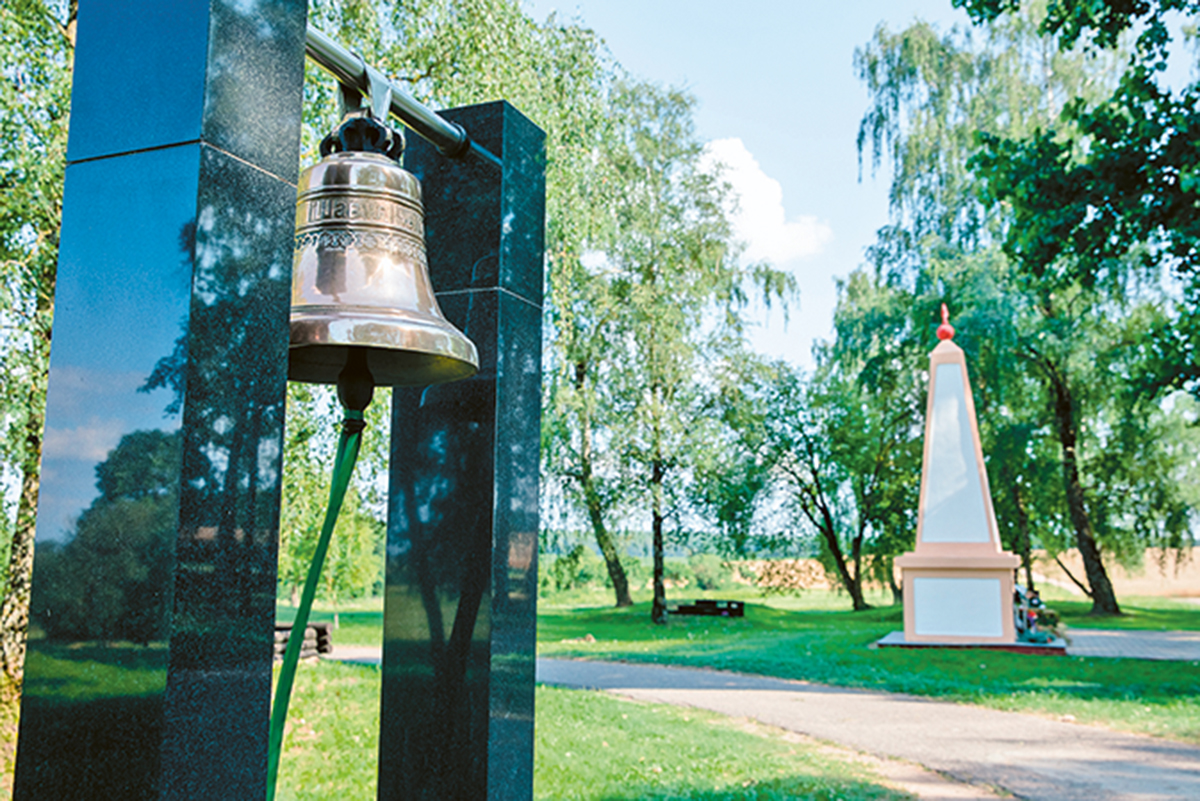 The village of Shaulichi is called the younger sister of Khatyn. During the punitive expedition the Germans shot 366 people here, including 120 children, and burned 77 houses on the Kupala night, or rather on the morning of July 7th, 1943. The village never revived after this massacre... But the memory of the tragedy was immortalised in the Shaulichi memorial complex.
For reference. During the reconstruction for the 70th anniversary of the Great Victory, 40 wooden symbolic log cabins, granite slabs and commemorative plaques with the names of the dead were installed on the site of the burned houses. 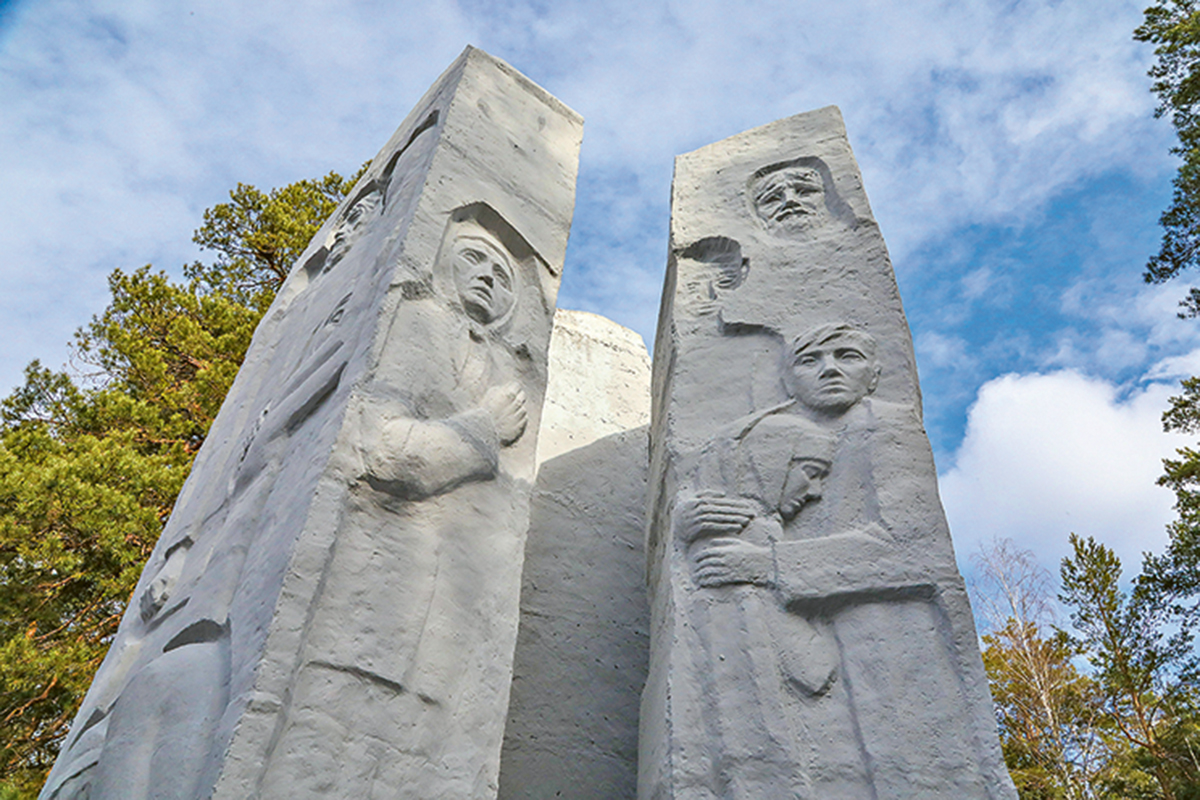 In 1944, the invaders created three death camps in the immediate vicinity of the front line, not far from the villages of Ozarichi, Dert and Podosinnik, where, under the guise of evacuation, more than 50,000 people were taken from the Gomel, Mogilev and Polesie regions, as well as the Smolensk and Oryol regions of Russia. People were kept in the open air. It was strictly forbidden to build huts or dugouts, collect brushwood for bedding and make fires. The prisoners were not fed anything, they were not given drinking water. The implementation of the inhuman orders of the leaders of the Third Reich by the generals of the Wehrmacht claimed at least 20,000 human lives in a few days in the Ozarichi concentration camp alone. Materials on the concentration camp were considered at the Nuremberg trials.
For reference. One of the organisers of the death camps in Belarus in 1946-1947 was sentenced to the gallows. 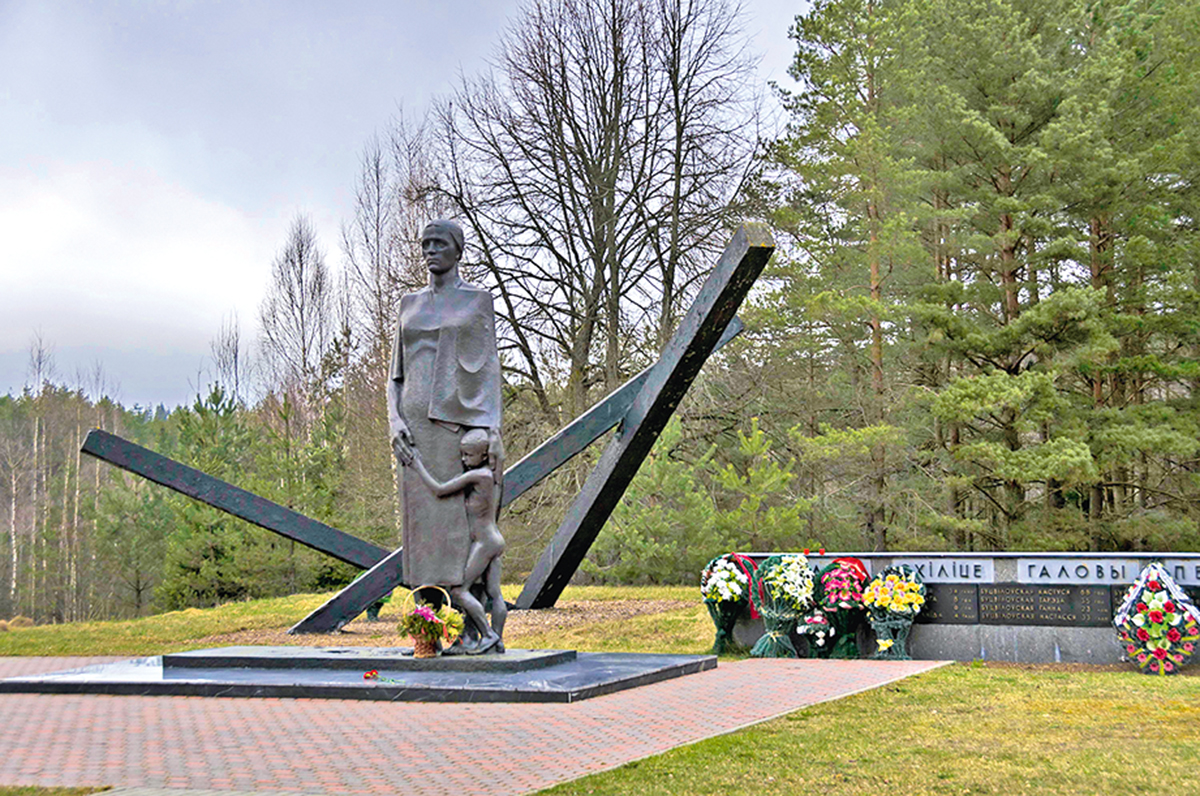 The memorial complex, which is a 30-minute drive from Khatyn, is located on the site of a village that suffered a similar tragic fate. On June 19th, 1944, the death-squads surrounded Dalva, ten days before the liberation of this territory from the fascist invaders, drove all the inhabitants into one of the houses, threw a grenade through the window and set it on fire. That day, 29 children, 13 women and two men died in Dalva. Only 13-year-old boy Nikolai Girilovich survived, who grazed horses away from the village. Later, he will devote his life to perpetuating the memory of fellow countrymen who died in agony.
For reference. The memorial was built on a voluntary basis, with funds collected from the concert activities of the creative teams of the Belteleradiocompany, military personnel and donations from public organisations.


Monument at the site of the partisan airfield in Begoml

In memory of the partisan airfield that operated in Begoml during the Great Patriotic War, a memorial aircraft, the Il-14T, was installed in the village. It is located directly at the M-3 highway, which is also one of the main village streets. Il-14T is a post-war type aircraft. It is an analogue of the legendary Douglas DC-3, which connected the partisan region with the mainland.
For reference. The monument was opened in 1967 by the First Secretary of the Central Committee of the Communist Party of Byelorussia Pyotr Masherov, who noted the contribution of the Begoml partisans to the common struggle against the Nazis. 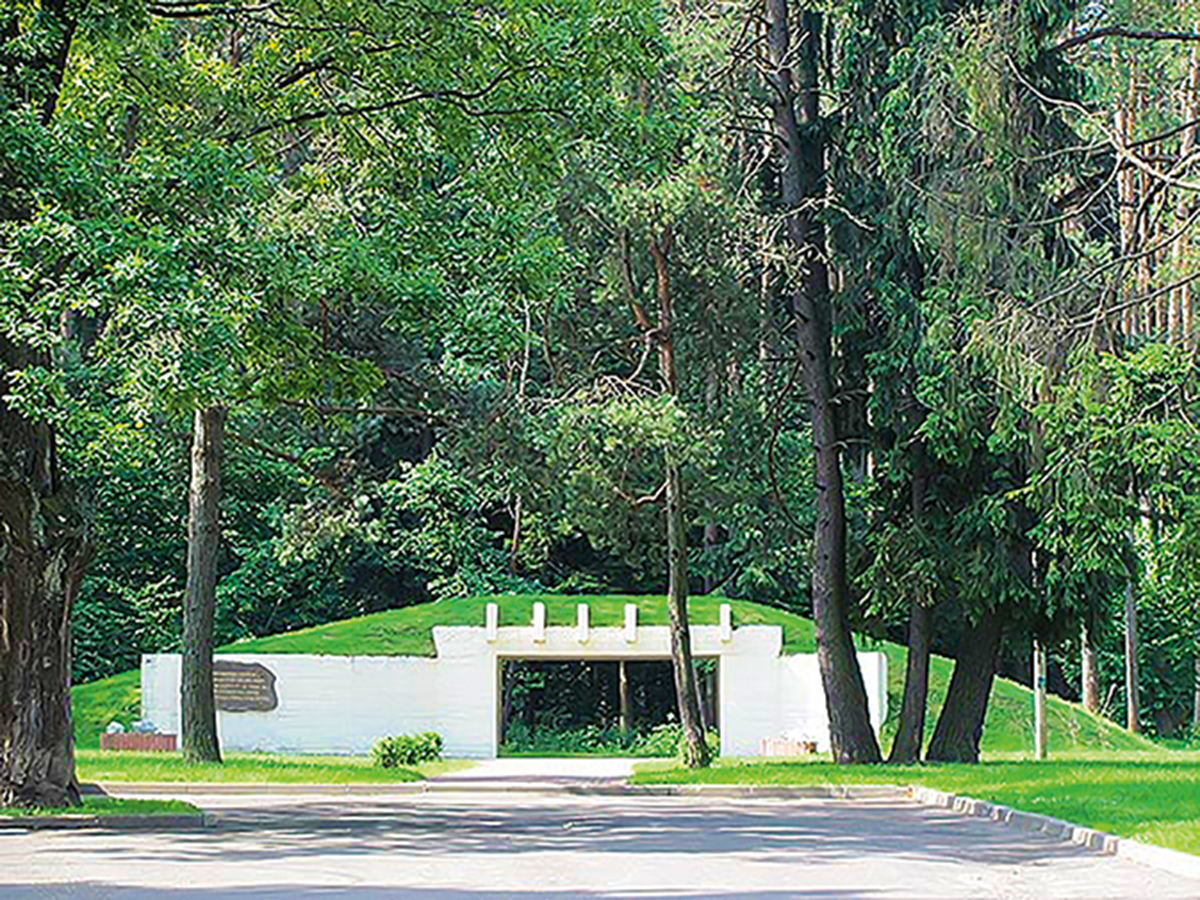 This memorial complex was created in 1982 at the location of the headquarters of the Western Front at the beginning of the Great Patriotic War. On July 1st, 1941, a meeting of party activists was held at the headquarters with the participation of the 1st Secretary of the Central Committee of the Communist Party of Byelorussia Ponomarenko and the arrived representatives of the Headquarters of the High Command — Marshals Voroshilov and Shaposhnikov. Measures were developed to strengthen the defence of the city, and issues related to the management of military operations were considered.
For reference. A few days after the meeting in Zemlyanka, the heroic defence of Mogilev, known as the Dnieper frontier, began. Warriors of the Red Army and people’s militias fought to the death for 23 days and nights and snatched precious time from the enemy to prepare Moscow for defence. 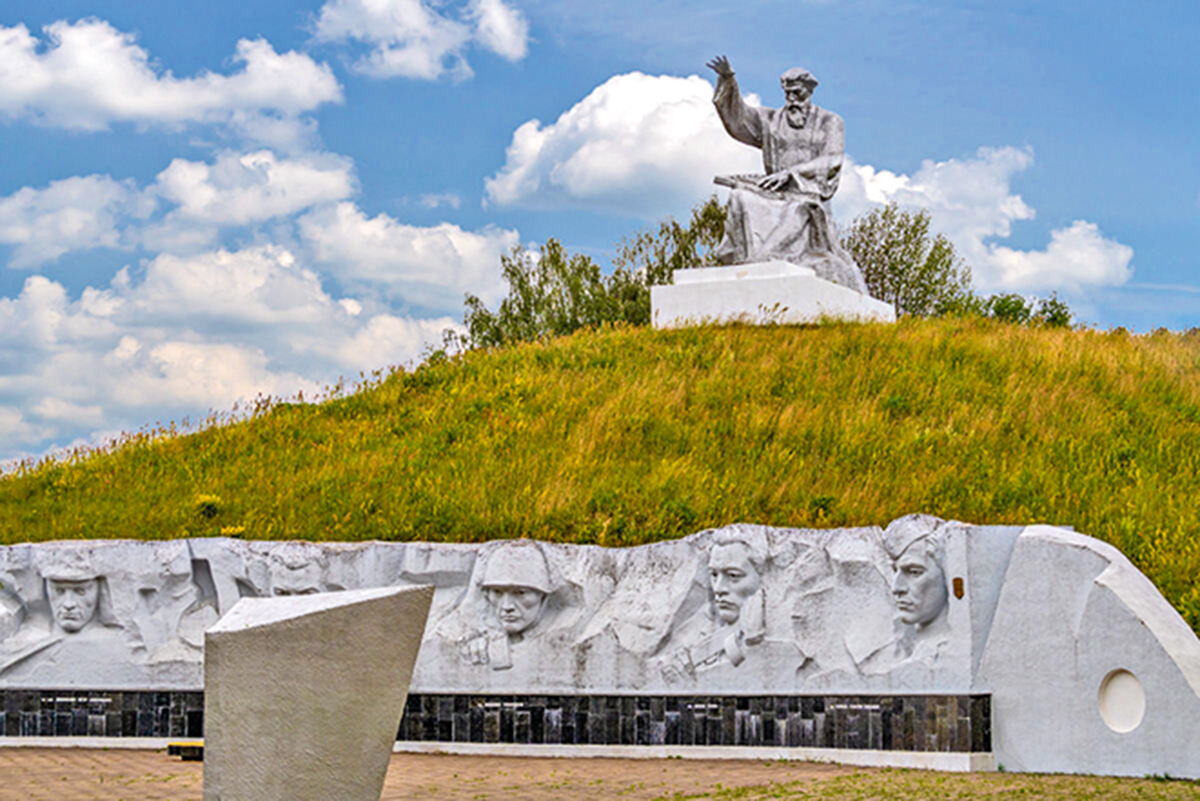 In February — June 1944, fierce battles took place at this place, where today there is a memorial in the form of the Slavic bard Boyan, glorifying the feat of heroic warriors. With the beginning of the Byelorussian Strategic Offensive Operation Bagration, rifle battalions captured the height of 150.9 metres dominant in that area and held it for 20 hours — until reinforcements arrived. During the battle at the height, more than 400 German soldiers and officers were destroyed. Most of our fighters died in this battle like heroes fighting to the last bullet.
For reference. The writer Sergey Zhizhiyan wrote in one of his books that during the construction of this memorial for the mound, the soil was taken from the Mesolithic settlement, where the remains of an ancient human dwelling were discovered for the first time in the territory of the Mogilev Region. 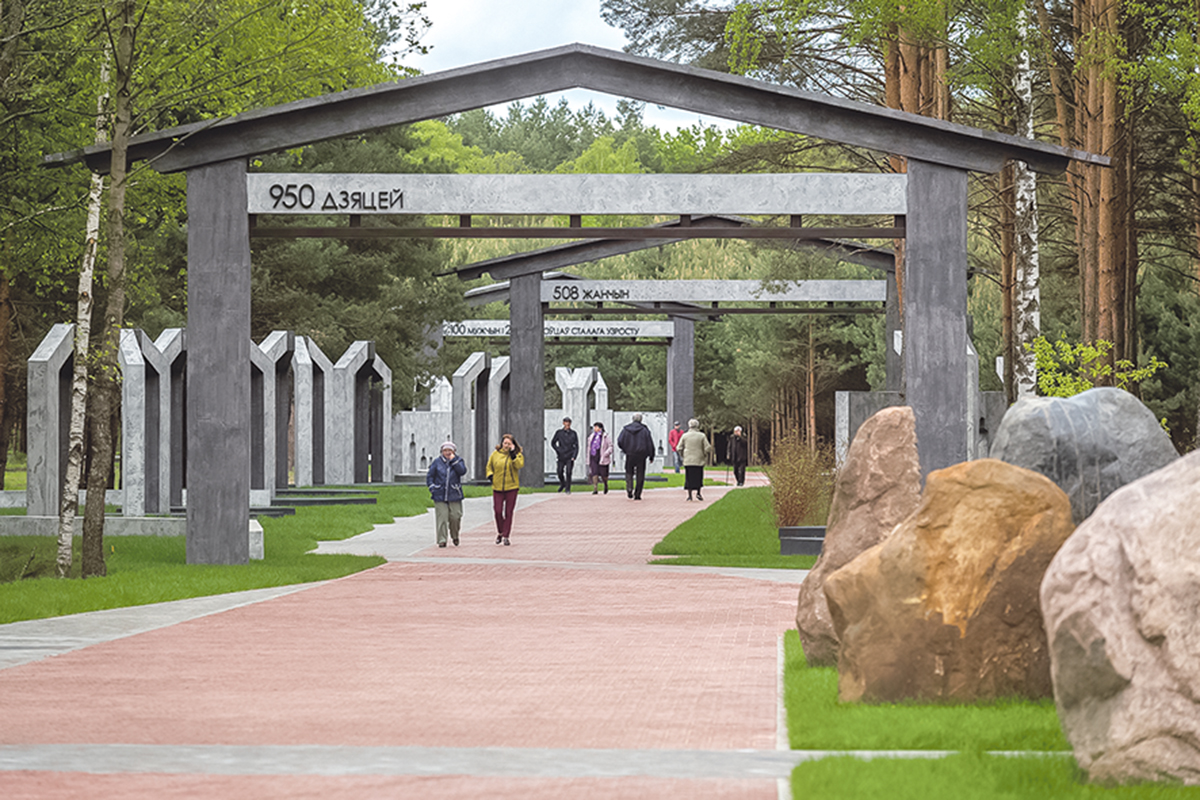 The village of Ola, Svetlogorsk District, is the sister of Khatyn. On the morning of January 14th, 1944, the death-squad detachment, together with the military unit, which numbered about a 1,000 soldiers, surrounded the village. People were driven into houses and then set on fire. Those who tried to escape were shot and thrown into the fire alive. At this place, the Germans brutally killed 1,758 civilians, including 950 children. After the war, Ola never revived after.
For reference. The memorial complex on the site of the burned village in the Svetlogorsk District was opened in 2020. Member of the Union of Writers of Belarus Izyaslav Kotlyarov was awarded the Spiritual Revival Award by the President of the Republic of Belarus for participation in its creation. 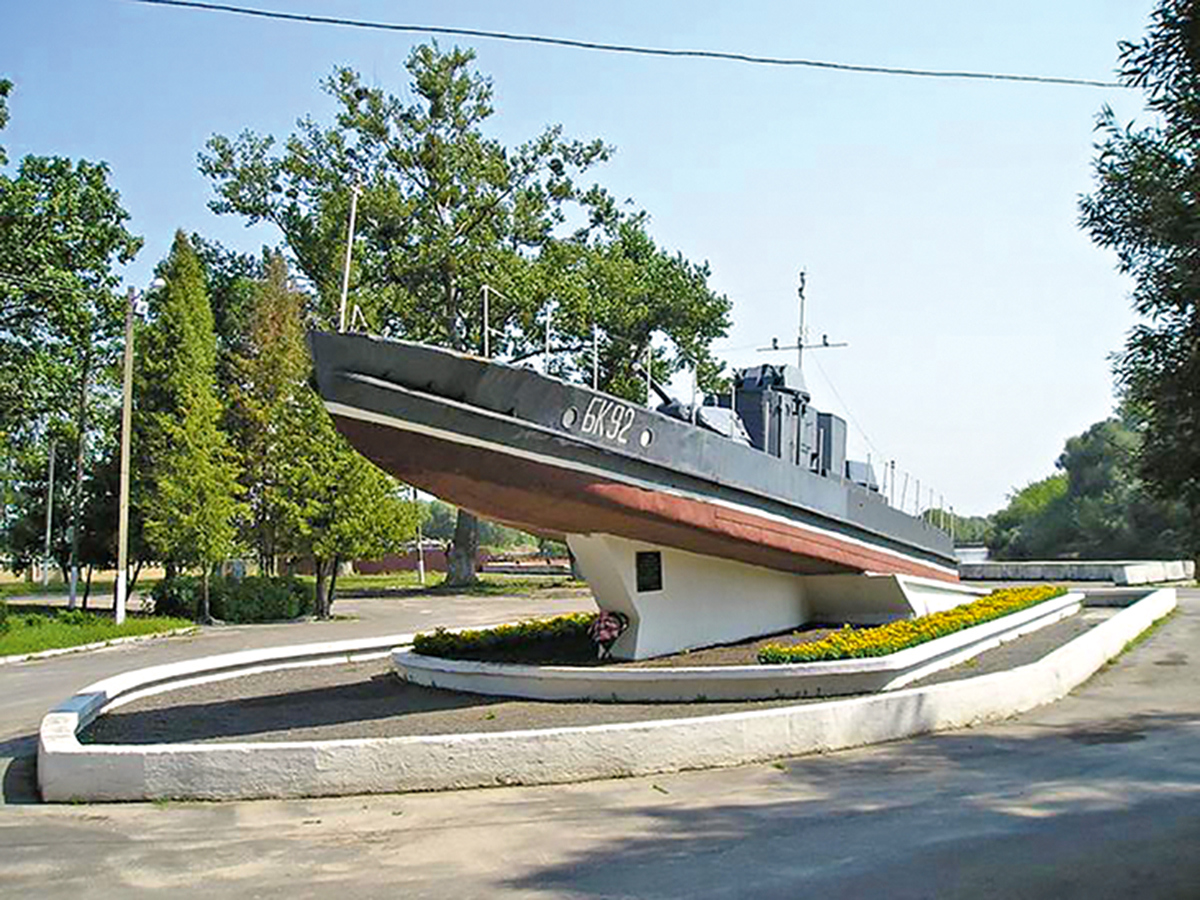 One of the largest river landing operations of the Red Army during the war years is immortalised here. Pinsk, occupied by the Germans, was as impregnable as a fortress. On July 11th, 1944, at nightfall, the ships of the Dnieper Flotilla secretly landed troops on the berths of the river port of Pinsk. For the Germans, this came as a complete surprise. They brought up almost two regiments and tanks to help from the front. However, the Pinsk landing was unstoppable. In two days, he repulsed 25 attacks, destroyed 12 tanks and about a 1,000 soldiers.
For reference. Armoured boat No. 92, which is part of the exposition, was heavily damaged by Nazi artillery near the city of Pinsk during the operation and sank.