The issue of the harvesting campaign is among the most important tasks in our country. Experts will later specify the gross grain yield in storage, that is, after refinement, but today it already becomes clear: this year we received a record grain harvest. It’s a great occasion to say thank you to all those who were in the field from early morning until late at night, who strove to get the best result. These were true professionals dedicated to their work. Let’s talk about some of the most significant events and achievements of this year. 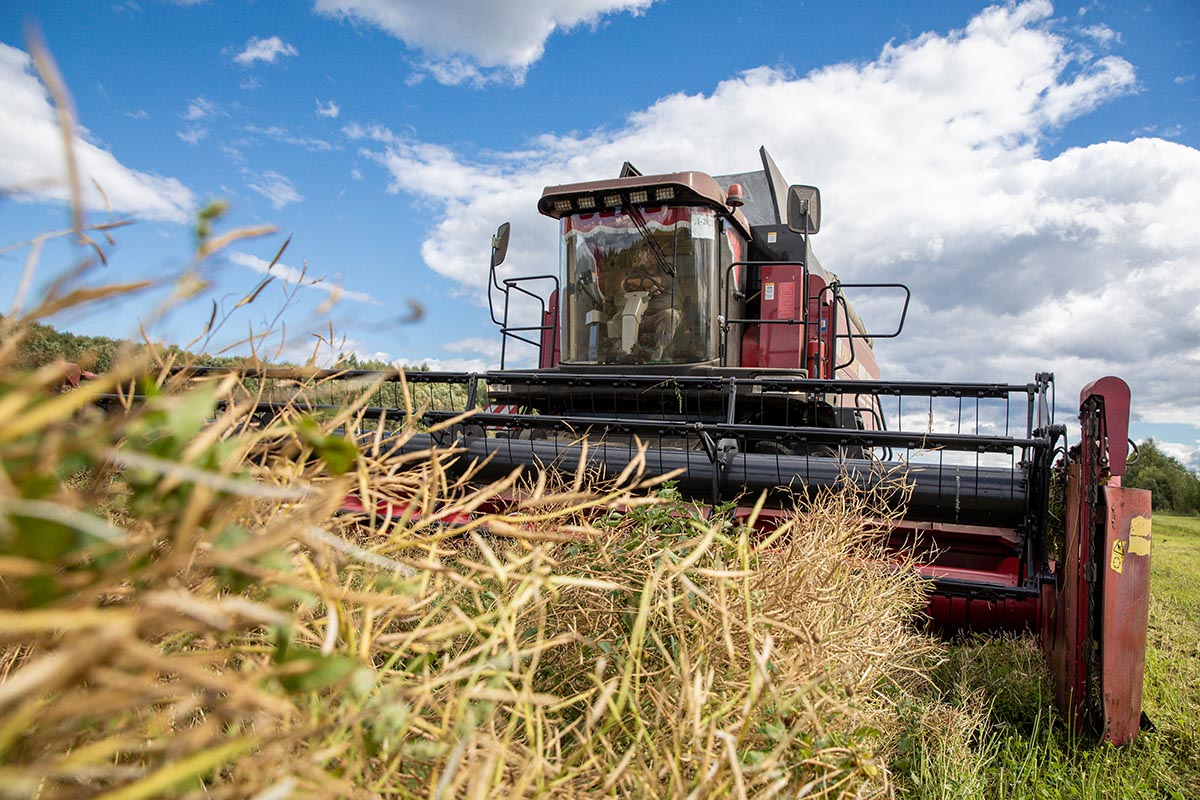 Perhaps the first thing worth remembering is that the opening of the Belarusian National Biotechnological Corporation took place at the beginning of November. It has no analogues either in Europe or in the post-Soviet space. This is a truly epoch-making event, comparable in significance to the construction of a nuclear power plant, the implementation of space programmes, and the creation of an IT park.
What does this have to do with agriculture? Actually, they are very closely connected. This is a landmark project for the deep processing of grain to obtain essential amino acids. These are highly productive compound feeds and premixes for all kinds of animals.

However, the corporation has already sold products worth more than $100 million in the pilot mode. When the enterprise is fully loaded next year, the figure will increase to 1.3 billion.

“The creation of BNBC is cooler than space,” said the President, speaking to workers and builders of the National Biotechnology Corporation.
The Chinese partner led more than 30 investment projects of various sizes together with the BNBC. But fearing the
COVID-19 pandemic, all but Belarusian were suspended. We are the undisputed winner. In turn, foreign partners saw our interest in the implementation of the project and in the successful development of the agro-industrial complex in general. 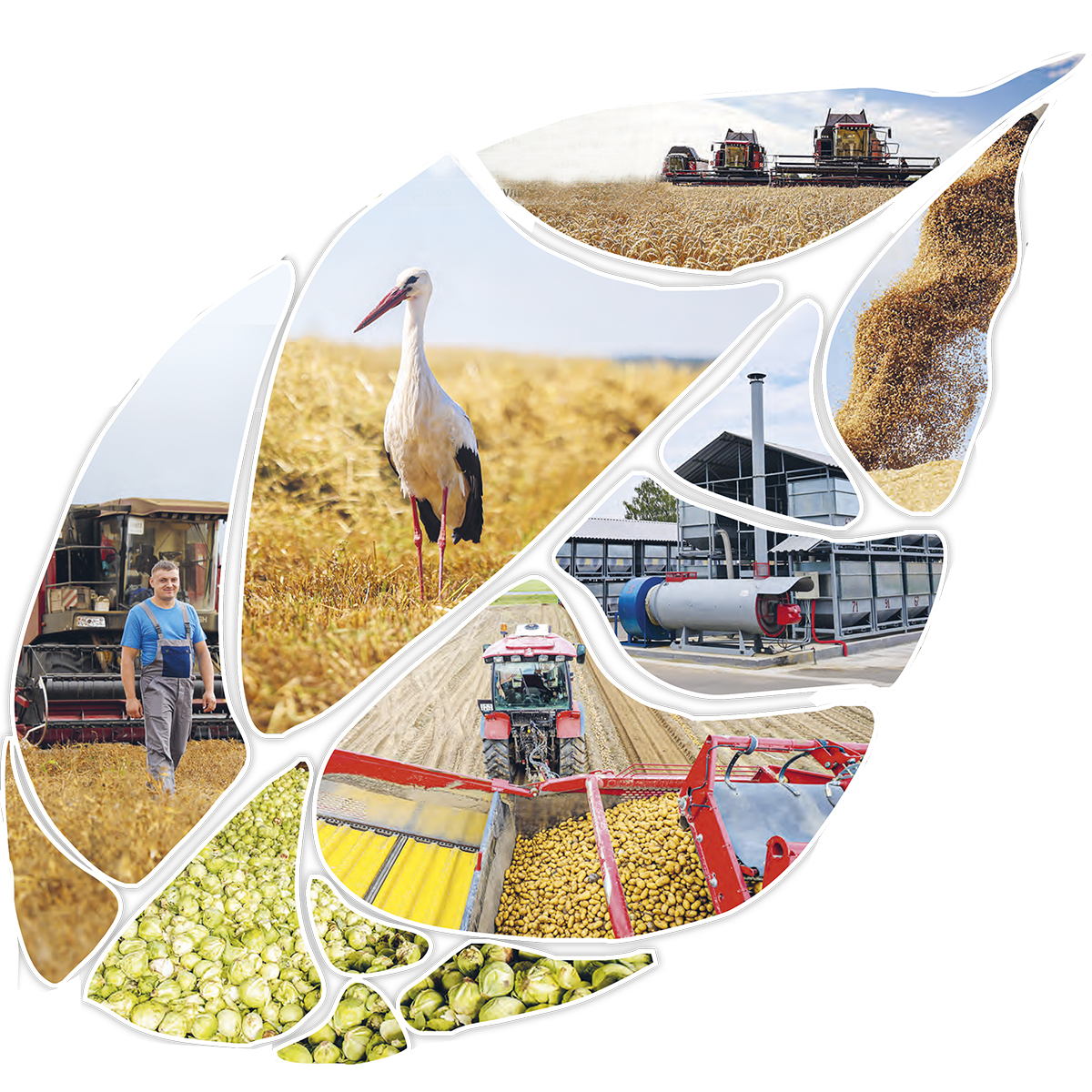 But let’s get back to the received millions of tonnes of grain. Gross harvest of grain in agricultural enterprises alone exceeded 10.1 million tonnes. We take into account cereals, grain legumes, including corn, and cruciferous crops.
In total, 10.5 million tonnes of grain have been harvested across the country, taking into account peasant (farm) households and households of citizens. A significant increase in agricultural production by 1.4 million tonnes of grain compared to the level of 2021 has been ensured. The average yield increased compared to last year and amounted to 38 centners per hectare.
In terms of gross harvest among the regions, the palm, undoubtedly, went to the Minsk Region: about 2.6 million tonnes were milled. In terms of yield, the Grodno Region has absolute leadership — cereals and grain legumes, taking into account corn, showed an average of 53.4 centners per circle. Twenty regions have harvested more than 100,000 tonnes of grain each. Four farms provided yields of over 100 centners per hectare. This result was achieved for the first time in the history of our sovereign Belarus.

And this was done despite the fact that the spring this year was long — the vegetation of plants lagged behind by almost two weeks, which added complexity, affected the shift in the timing of field work. But in difficult conditions, Belarusian farmers still managed to show top performance.

All agricultural crops have produced a bountiful harvest this year. Take, for example, wheat, which has not fallen below two million tonnes over the past three years. It is an excellent reason for joy: in 2022, we received 3,270.3 thousand tonnes of it with an average yield of 43.8.

Plant of the future

This is the way how agronomists call rapeseed today. There is another name — ‘black gold’. The fact is that culture is not only a source of edible vegetable oil, but also a raw material for obtaining technical products and biofuels. And most importantly, its cost on the market is much higher than the same wheat or rye.

Winter rapeseed brings the first income during the harvest season. In the vast majority of farmers immediately sell the harvested crop. The received funds are used to buy fertilisers, fuel for the autumn sowing campaign as well as spare parts for agricultural machinery.

Nonetheless, winter barley is the main discovery of the year, its champion, so to speak. The one that the President, visiting the Slutsk District, called salvation,

“Winter barley is salvation for us. This is true especially for the southern parts of the country… Its yield was over 80 centners in places where it was sown according to required technology.”

This year, the crop yield was 51.2 centners per hectare, the total harvest exceeded 300,000 tonnes.
Much has been said about the benefits of winter barley, with the main focus being on Alexandriyskoye farm, Shklov District. Here, on behalf of the President, and on the field, which was immediately called presidential, an unusual experiment was going on: last fall, four plots were sown with imported and domestic barley seeds in order to identify the best one. Including the domestic ‘Buslik’ [a stork in Belarusian], which replenished the state register of varieties only last year. As a result, it made a worthy competition to the eminent French ‘Isocel’. The harvest of both of them was excellent — over 60 centners per hectare.

The area under winter barley for the 2023 crop in the Vitebsk Region was increased eight times, in the Gomel Region — six times, and in the Mogilev Region — 5.1 times. 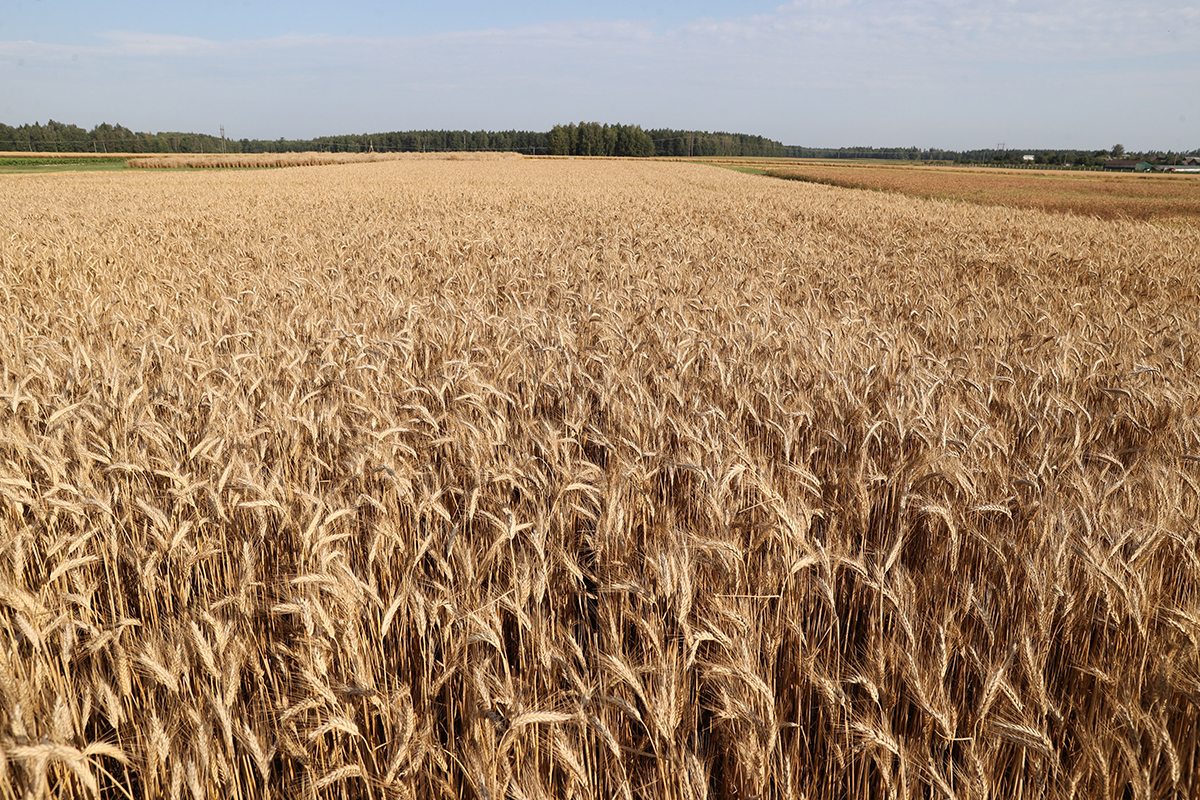 Combined harvester Polesye GS2124. Breakthrough development of the Gomselmash design team. Our domestic superharvester is considered outstanding in many characteristics and not inferior to imported analogues. However, these are no longer single, demonstration copies. The Minsk Region alone purchased 40 combined harvesters last year.

Sergei Maksimets from the Krutogorye-Petkovichi joint-stock company from Dzerzhinsk District and Vasily Zur, a worker with Gomselmash, working in this harvest season in a well-coordinated tandem, went down in history as the first combine operators, harvested over 6,000 tonnes of grain using the Belarusian combined harvester GS2124. Today we have a reason not only to recall their labour achievements, but also to congratulate them — in accordance to decree of the President, they were awarded the Medal for Labour Merits on the eve of their professional holiday. 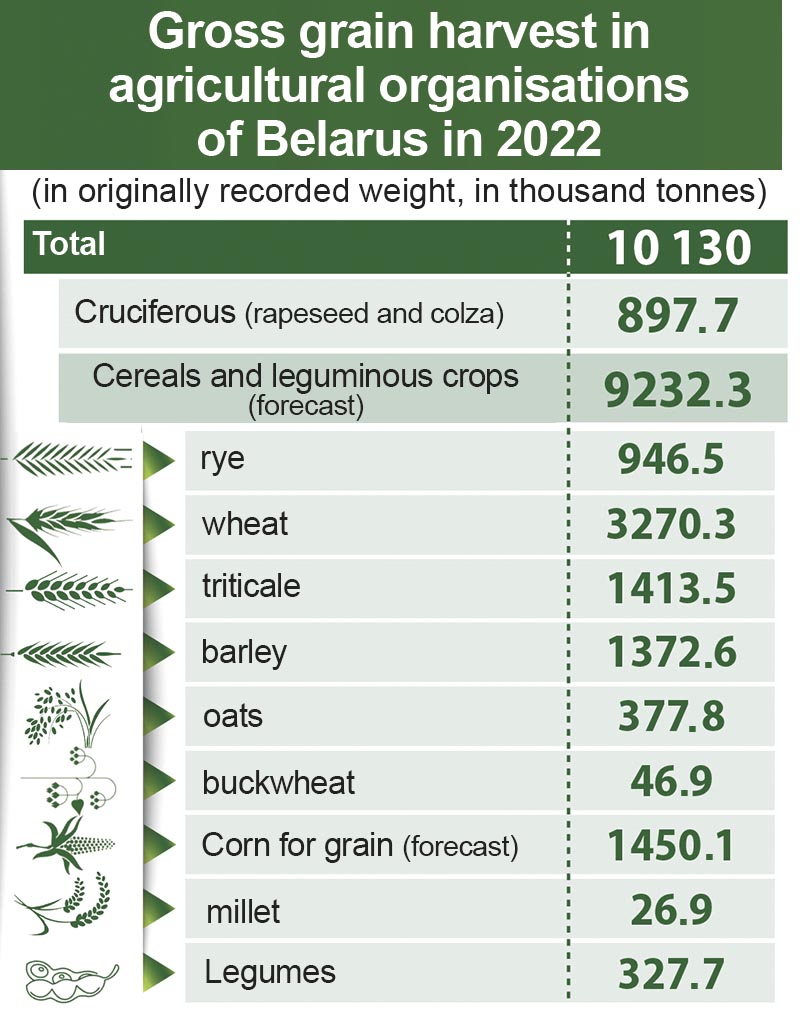