Almost immediately afte­r the beginning of the Great Patriotic War, the country has committed itself to fight against the enem­y. More than 370,000 people were enrolled in the forest army by mid-1944 — they were fighting back invaders day and night.

To honour the memory of Ded Talash and Batka Minay 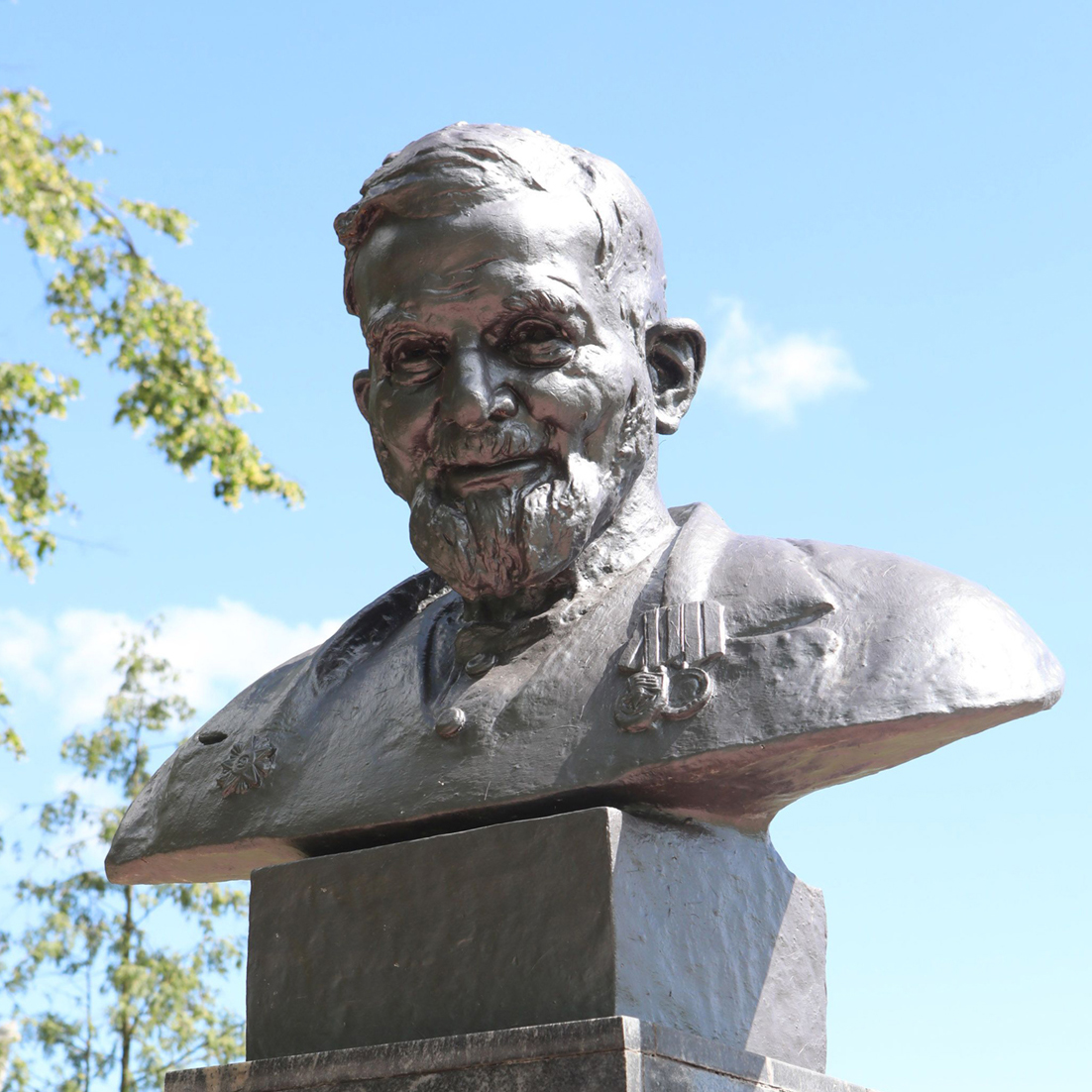 ‘Partisans, partisans, Belarusian sons!’ — this lines of Yanka Kupala were well-known among every Soviet schoolboy. Like the fact that these ‘sons’ had their own legendary Ded (old man) and Batka (father).
The legendary bearded partisan with a menacing eyes looks forward in the centre of the Polesie town of Petrikov. He became famous even before the Great Patriotic War — Vasily Talash took revenge on the invaders from the forest during the Soviet-Polish war. In 1941, he had to start fighting the Nazis. However, by that time he was 97! The proud Ded was eager for battle — he worked with recruits, shared his experience and wisdom. One can find out about the deeds of the most age partisan in the museum in the village of Novoselki, Petrikov District. There one can learn the story of his family, see his personal belongings, military awards and a famous hat with a red ribbon. 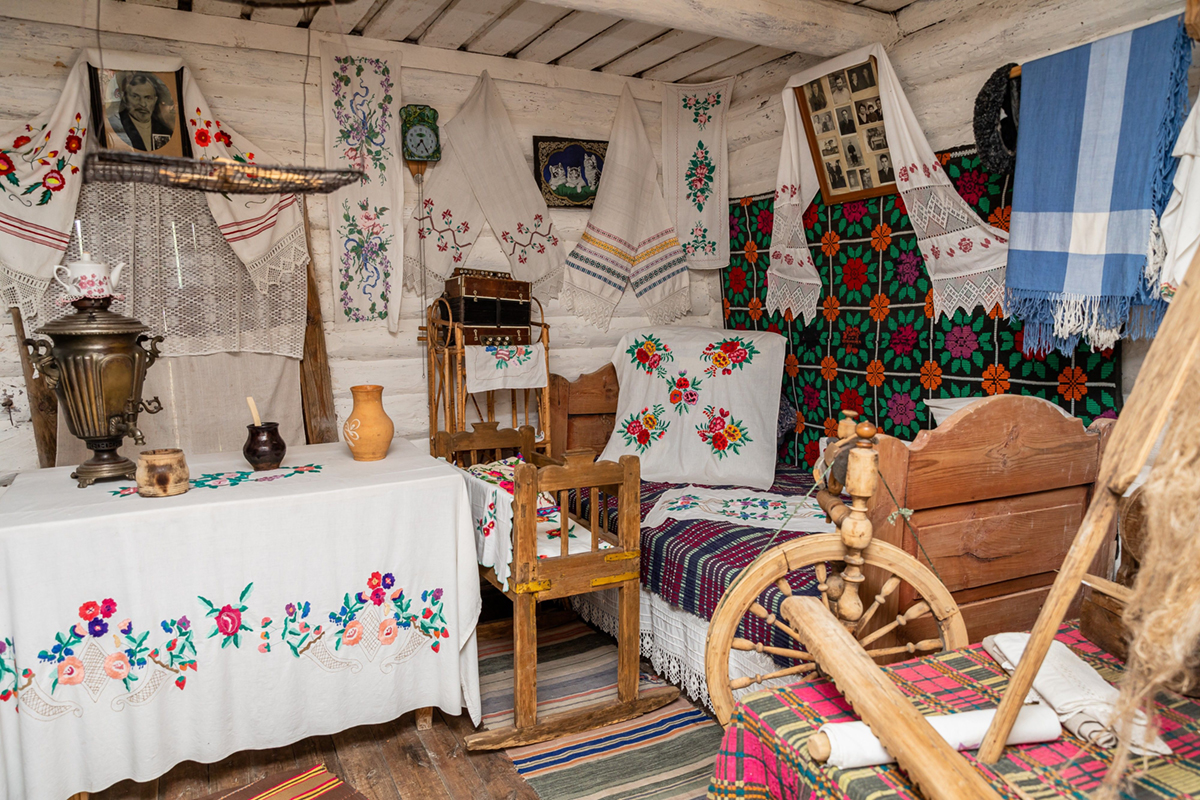 
The exposition of another partisan legend was opened in Vitebsk — Minay Shmyryov. In 1942, his brigade ‘opened’ the Surazh gate, which connected the mainland with the partisan detachments of Belarus, the Baltic states, and Ukraine. Minay paid a very high price for this victory over the Nazis: his children Lisa, Sergei, Zina and Misha were shot, the eldest was fourteen, the youngest was only three. Nonetheless, he became a true Batka for all partisans.

Encounter the plane from the mainland

The partisans, although they lived in the forest, fought competently and with good weapons. Where did they get machine guns and explosives from? Most often they were brought from the mainland. It was possible to establish flight connection since October 1942. Saboteurs were delivered to the occupied territories with special night squadrons on Lisunov Li-2, and then wounded and patients, children and women, trophy documents and intelligence were taken to the rear.
They landed planes in the very heart of ‘a blue-eyed country’, on the Zyslov island. Local residents built a real partisan airfield there. Large winged planes flew in pitch darkness. Bonfires that flashed for a few minutes at the command of the listeners, which determined our aircraft by sound became aerial lighthouses for the pilots. Now here is a unique memorial complex with restored dugouts and fraternal burials.

Walk along the streets of the capital

On July 16th, 1944, a unique parade in terms of world history took place: about thirty thousand people’s avengers marched in Minsk. “Hairy and skinny partisans were victoriously moving between the destroyed and burned houses.  In their hands there was an incredible collection of weapons, which was made by blacksmiths in the forests. They were greeted with enthusiasm, they walked proudly with awards on their chests! They were winners!” recalled the participant of the parade Vasily Morokhovich. 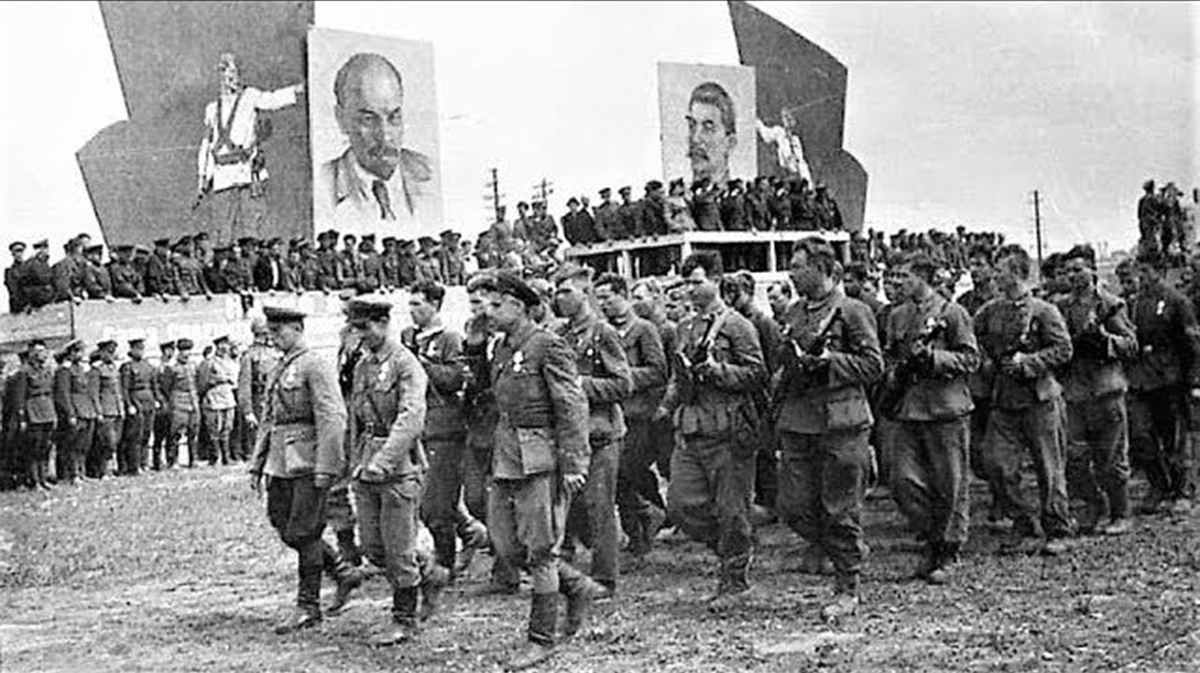 In the columns were those fighters of the partisan brigades who continued to attack the enemy in the east of Minsk right up to July 11th. It is interesting that there was a goat named Malysh (baby). Not ordinary goat, but combat: he served as a field medic in the forest, so he earned the right to march with his comrades in the capital.
Rare photographs, memories and facts about the Partisan Parade can today be seen in the Belarusian State Museum of the History of the Great Patriotic War on the Pobediteley Prospekt.

The invaders showed particular cruelty and cynicism when their terrible plans were violated by bold and dexterous partisans. In April-May 1944, they planned to arrange a punitive operation called Operation Frühlingsfest (Spring Holiday) in the Vitebsk Region in retaliation for the fact that the forest army took control of a large territory behind enemy lines. During the mopping-up operation, they were going to kill several tens of thousands of people, including civilians. Without any trial, investigation and witnesses. 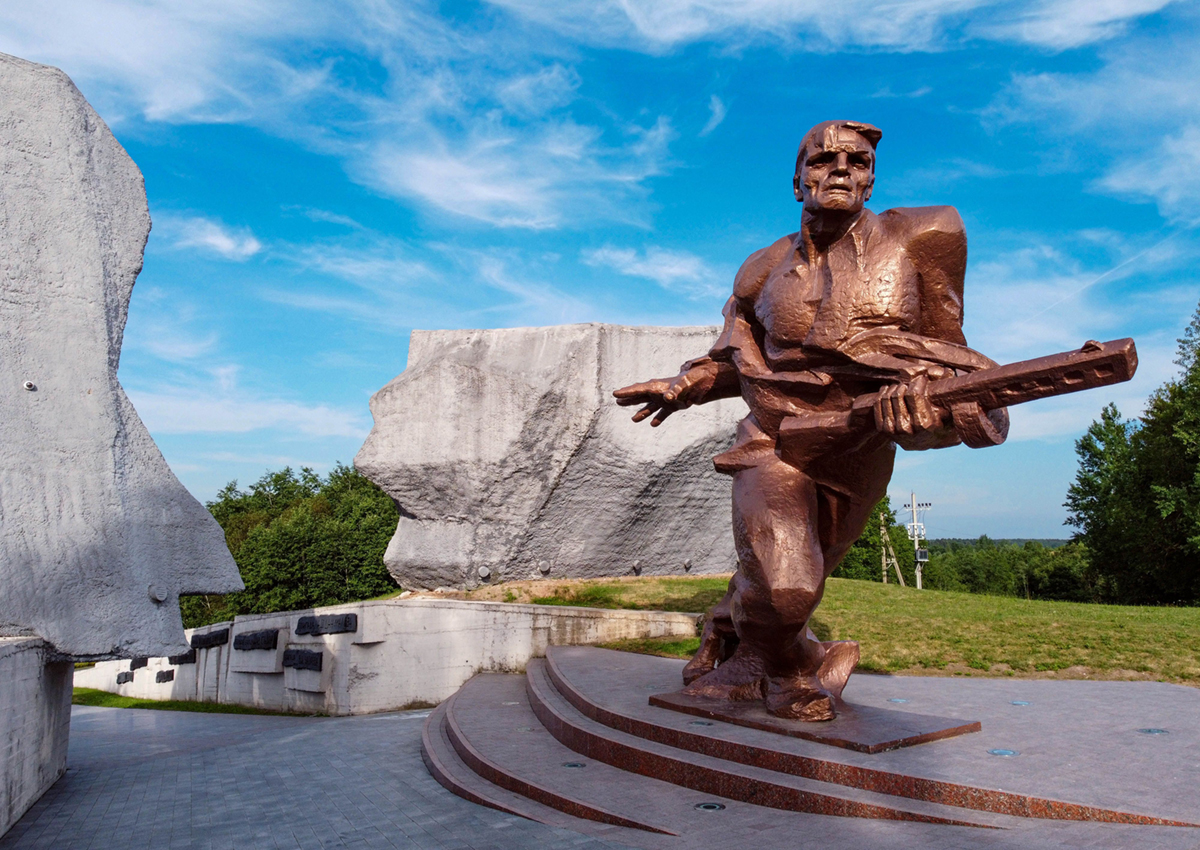 
But the ‘show’ was interrupted by the partisan brigades of the Polotsk-Lepel formation on the night of May 5th. They not only managed to escape from the roundup, but also took out fifteen thousand civilians from there.
Today, the Proryv Memorial is located at the site of the bloody battle in the Ushachy District. From the entrance, the road leads in the very direction by which the people’s avengers shoot their way out of there and pushed the Germans. 'There were 17,185 against 60,000. The courage of the people finally won. Death has become immortality', reminds the inscription on the marble slab.

Take the oath of the people’s avenger

“For the burned cities and villages, for the death of our children, for torture, violence and mockery of my people, I swear to take revenge on the enemy cruelly, mercilessly and tirelessly”, promised those who joined the ranks of the forest army. It happened that whole families often joined the resistance. 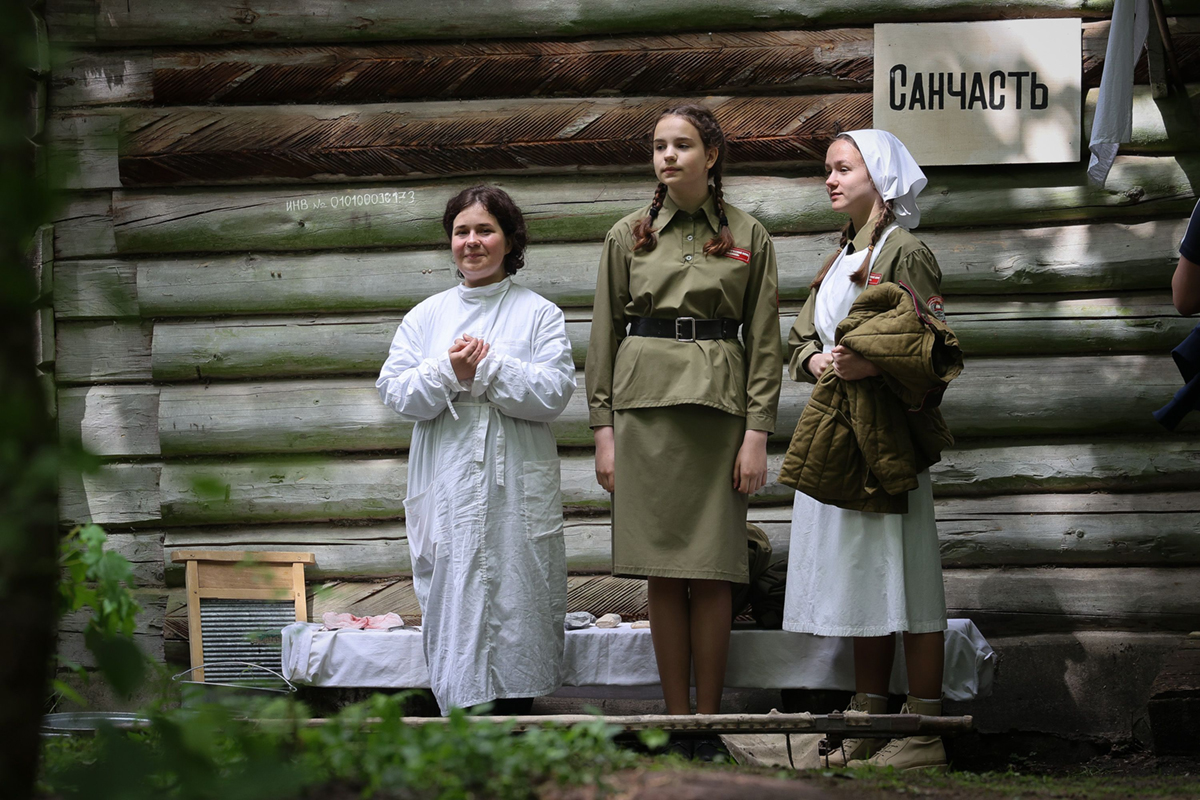 One of the largest forest camps was located in the Brest Region — in the Khovanshchina tract. A large island, hidden from prying eyes by a defence forest, was surrounded on all sides by swamps. Only confidant people could get on land — along a narrow masonry hidden under water. If one goes astray, one will be dragged into quagmire. 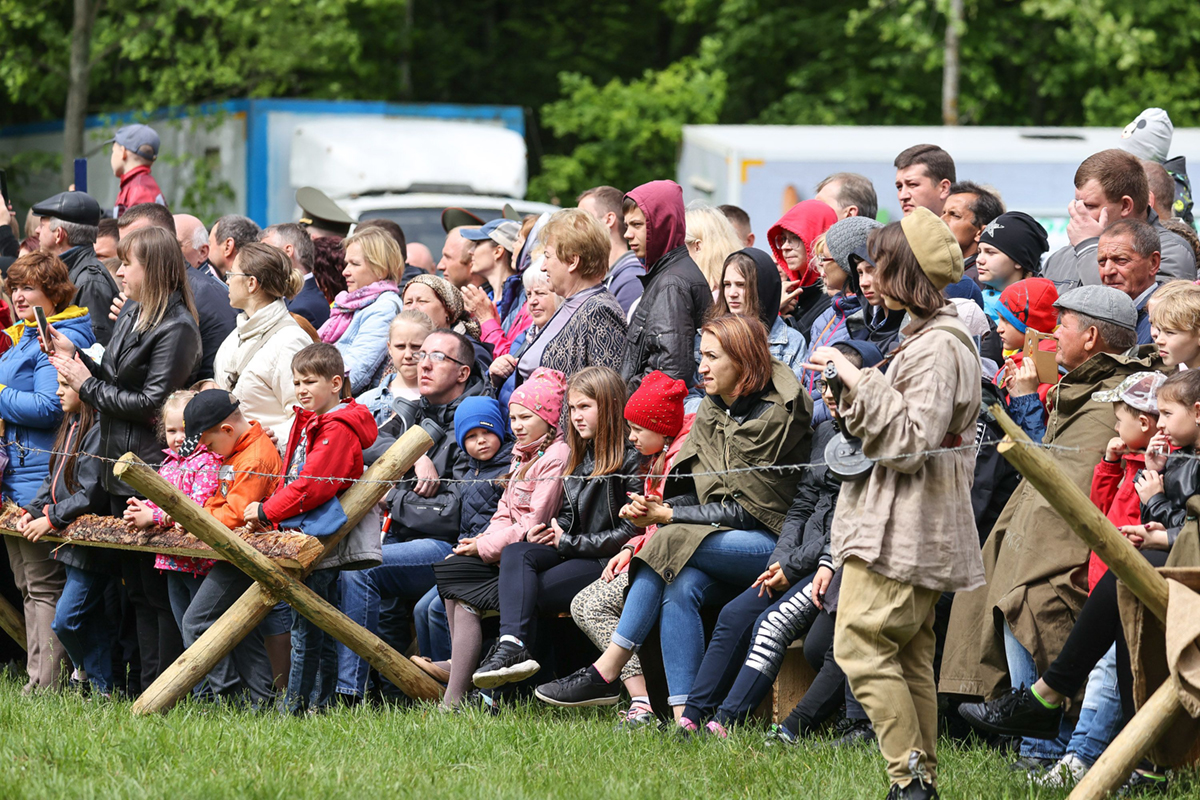 
Now there is a large memorial complex of partisan glory, where one can immerse oneself in the life of the people’s avengers: enrol in students of the forest school, learn the basis of medicine in the field, or try nettle cakes. Here the communication agent, woman called Raya leads the guests of Khovanshchina along secret paths and sings songs of the war years to the sound of an old accordion.