In an interview to the Japanese TV channel TBS Aleksandr Lukashenko spoke about the situation in Ukraine, ways to resolve the conflict and the position of Belarus on this issue

The conversation between the Head of State and the Japanese journalist lasted about an hour and a half. A significant part of it was devoted to the events in Ukraine, security issues, personal and professional relations between Aleksandr Lukashenko and the Russian and Ukrainian leaders.

Concerning the position of Belarus

Aleksandr Lukashenko once again recalled that Belarus and Russia have close relations within the framework of the Union State, “We are allies. We have concluded appropriate contracts. We have the closest military-political relations. If there is anyone that supports Russia, it is Belarus. Others either take a neutral position or fight on the side of Ukraine.” 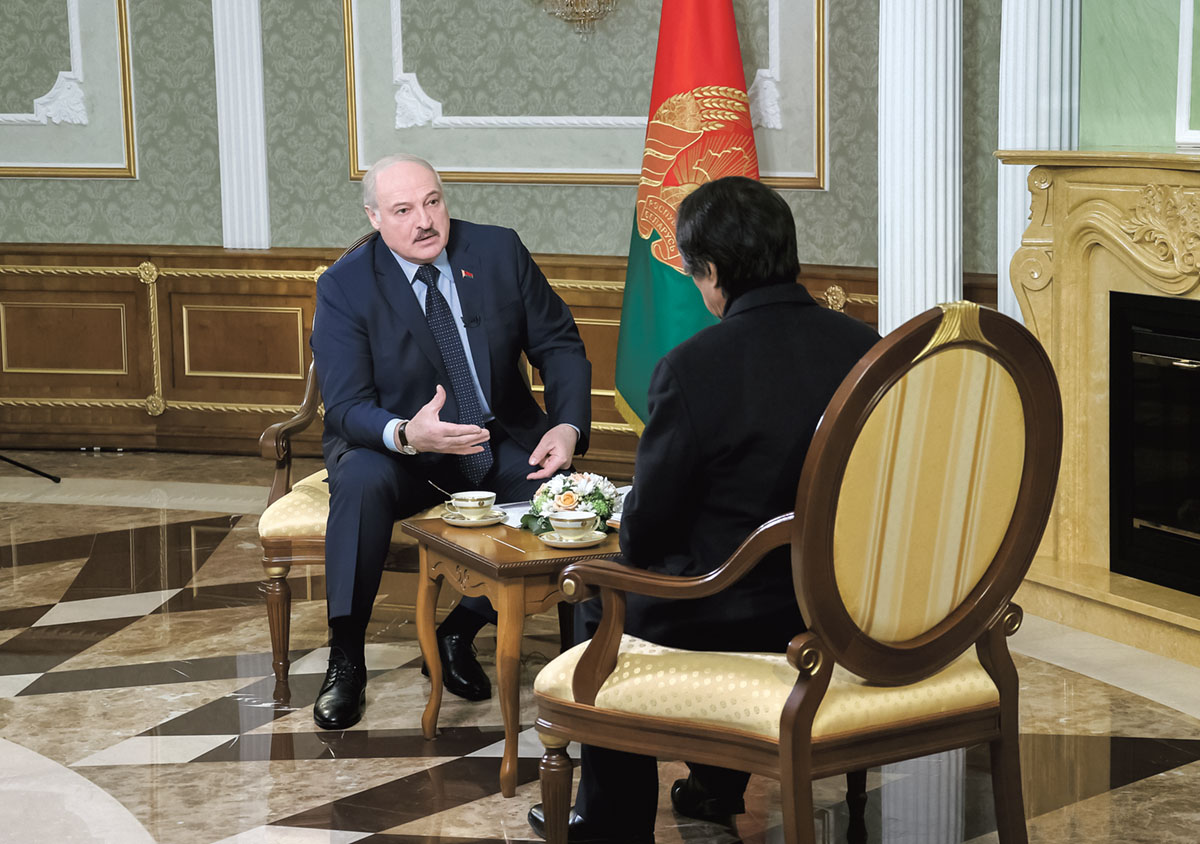 The President stressed that there is not a single Belarusian soldier in Ukraine. Contrariwise, Belarus is doing everything possible to bring about a peaceful resolution, “Despite the hostile stance that the Ukrainian side has taken towards Belarus, encouraged by the West (we turned this page), I called Zelenskyy and offered him to immediately enter into negotiations with Russia. Literally on the third or fourth day of this war. He accepted the offer. We organised three rounds of talks here in Belarus. Now these negotiations continue in the videoconference mode… We would like peace to be over there. If there is no peace over there, there will be no peace in Belarus with the passage of time. It is our position.”


Belarus will fight for own hand

Asked whether Belarus may participate in actions against Ukraine, the Head of State said,
“If only Ukraine continues escalation against Belarus, we will respond. What I mean: at the moment of the conflict on February 23rd-24th they intended to deliver a strike against Belarus’ territory. From four sites. We prevented it. They violate our state border with flying vehicles, a helicopter, and so on. Moreover, they launched two missiles this past week. At least two Tochka-U missiles into Belarus’ territory. Fortunately, we have managed to shoot them down. This is why if they provoke us constantly, we will be forced to respond.”

The key to peace 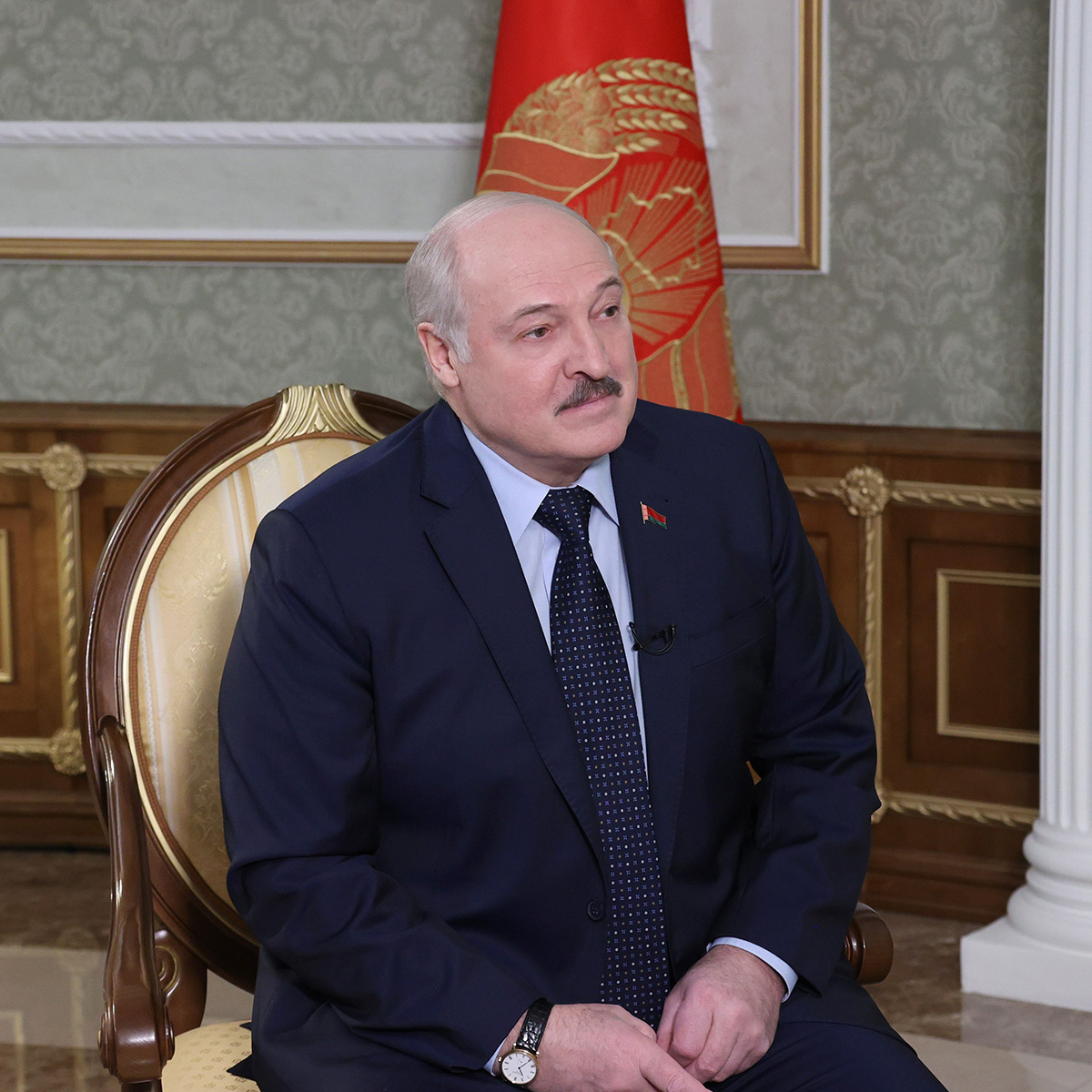 Aleksandr Lukashenko speaks frankly about the possibilities for settling the conflict in Ukraine.
“I will tell you the key thing for the first time. Russia offers an absolutely acceptable variant of the treaty to Ukraine (Putin to Zelenskyy). I know it for sure. And today it is still possible for Ukraine and Russia to come to terms and for Putin and Zelenskyy to sign this treaty,” the President said.
Ukraine may not like a different scenario, the Belarusian leader is convinced,
“If Zelenskyy refuses to do it, then trust me he will have to sign an act of capitulation in a short while. Russia will not lose this war. You are 100 percent convinced of that, too. How does a war end when one side wins? Japan knows it better than I do.”


About relations with the leaders of Russia and Ukraine 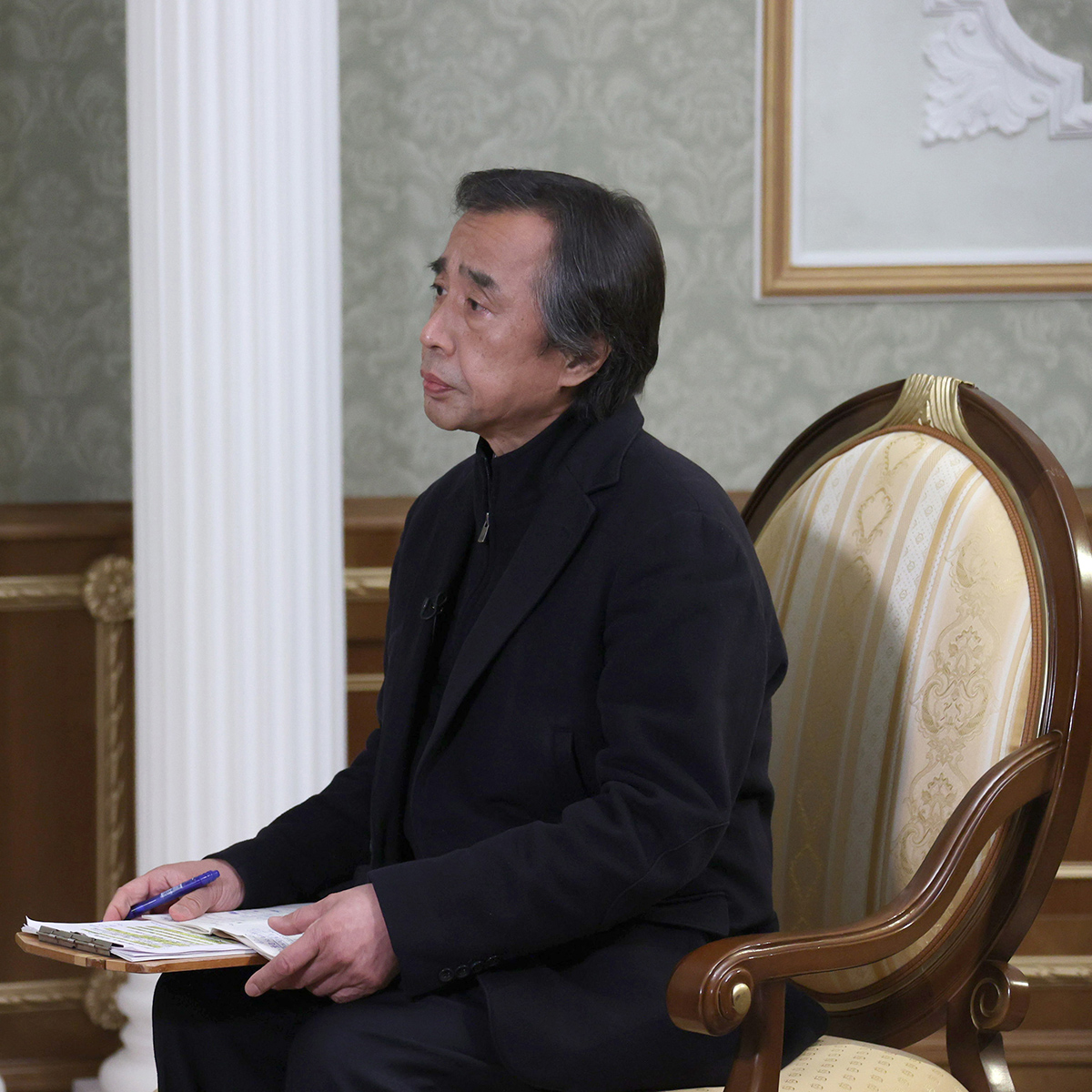 The President of Belarus spoke about his attitude towards the Russian President Vladimir Putin, “We do not just meet as heads of state. We are on friendly terms. I am familiar with many details, both state-wise and personal, as far as it may be allowed. We have met many times and will continue to meet. Anytime. We do not hesitate to call each other. If there is a need to meet, to talk something over, we do. There are absolutely no problems with this. I know why you have asked this question.
If you think that President Putin is physically unwell or unfit or whatever, he is, as we often say, healthier than ever. He will catch a cold at the funerals of all of you, as our saying goes. He is an absolutely clear-headed and normal person. The West and you should stop spreading this nonsense. Vladimir Putin is absolutely clear-headed. He is as fit as ever. He performs his duties according to the new Constitution.”
As for the Ukrainian leader, Aleksandr Lukashenko said the following, “I can offer my point of view regarding Volodymyr Zelenskyy. I think that he has little control over the processes in Ukraine. Even before the conflict, he had little sway with these processes, probably because he was unprepared professionally. Nevertheless, he is smart. I hoped that he would gain some experience and, perhaps in his second presidential term, he would be able to take control of the situation in Ukraine. It did not happen. The conflict broke out…
Today (as I see it though I might be wrong) certain people are running the things, especially on the frontline, directly from Kiev. It is not Zelenskyy who is in charge of the process. It is not even the advisers who say the military what to do. Furthermore, it is the representatives of the West and the United States who have taken full control of the military action against Russia… Roughly speaking, Zelenskyy has two phones on his desk: one phone, and the other one which is a satellite connection with Biden (U.S. President) and British Prime Minister Johnson. Two phones. He is basically run by these two leaders. He is not his own person. Not just because he can’t run things there. It is because he will not be allowed to do things differently.”
Aleksandr Lukashenko stressed that what is happening now in Ukraine is beneficial to the United States and its allies, “They would want for Belarus and Russia to get bogged down in this conflict, so that we stop caring about Japan, Syria, China, Africa or Venezuela. Get us bogged down in this conflict. Therefore, they will restrain Zelenskyy in every possible way should he want to do things differently. They will do everything in their power to make things worse for Russia, and Belarus too. This is how I see things. This is my opinion based on the analysis of the situation.”
In a conversation with an interviewer, Aleksandr Lukashenko expressed his disappointment with the change in Japan’s policy towards Belarus. One of the questions was about the bilateral relations, which have recently deteriorated, including due to the decision of the Japanese government to recognise Belarus as an unfriendly country, “This is very disappointing for me. I never thought Japan would become a yes-man for the United States of America, or, as our people say, a minion, an errand boy for the big brother.”
Aleksandr Lukashenko emphasised that he has the greatest respect for the Japanese and the Japanese state. He has been to Japan, talked to ordinary people, and saw similar features between the two nations.
“Japanese are just as hardworking, smart, and disciplined as Belarusians. Japan and Belarus have similar economies. Both states have suffered from nuclear disasters: you had Hiroshima and Nagasaki, and Fukushima, we — Chernobyl. Belarus co-operated with Japan in mitigating the Chernobyl consequences. We worked with you on this matter more than with anyone else. All of a sudden you start following in the footsteps of the United States, imposing some doubtful sanctions against us,” the President said.