Shepherds of the Meretskiye agricultural unitary enterprise noticed an unusual guest a week ago. The auroch looked confident and was not afraid of people. The animal was in no hurry to leave cows. 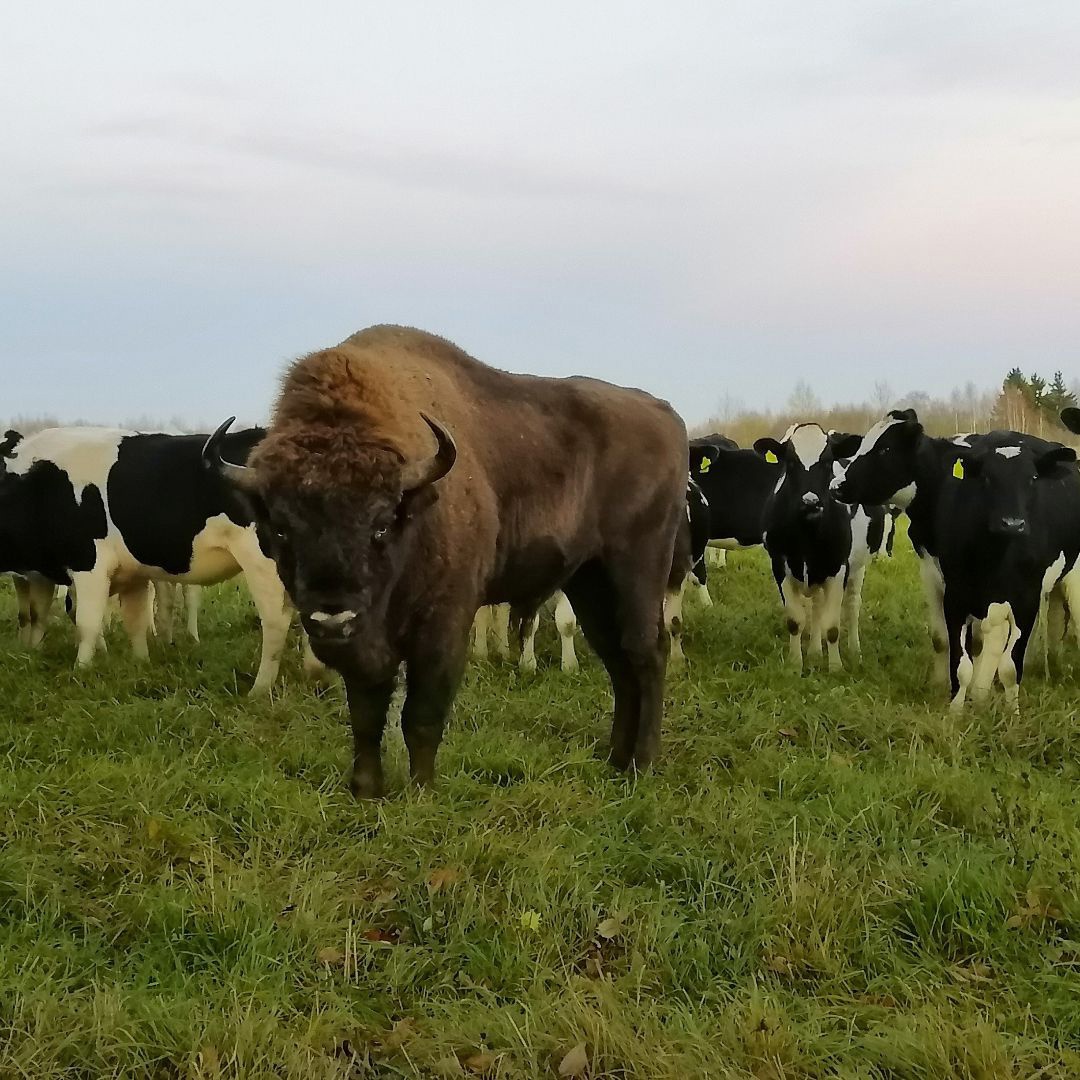 “It’s been with us for more than a week,” Boris Zayats, the Chairman of the Zalesie Village Executive Committee, smiles. “In September, another auroch approached the herd. It stayed for a few days and then went into the forest.”

Farm workers assure that the present guest is older, although it’s hard to speak for sure. The auroch is not afraid of people but it should be better not to approach it for safety reasons. 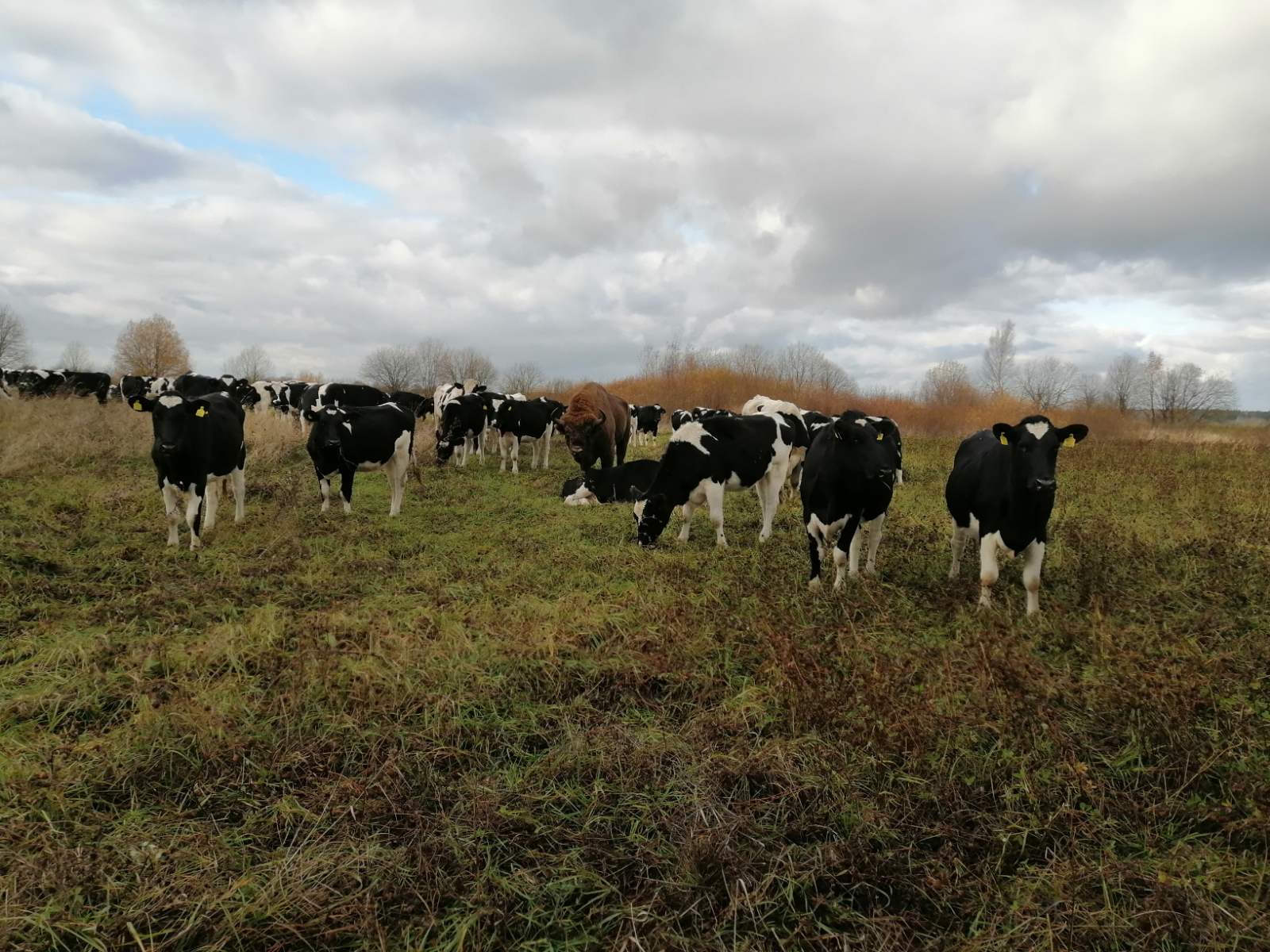 Over 230 cows graze in a field near the village of Luchaika, in the Glubokoe District. Villagers are concerned about this forest guest and the main question is what the auroch will do when cows are sent to the farm. There is an assumption that it will follow the herd.

“We don't have enclosures for keeping wild animals, so it will have to go into the forest,” Mr. Zayats continues. “In the meantime, the auroch is a star of social networks: photos and videos with its participation are scattered all over the world. Previously, I took a picture of an auroch; the animal was then close to me. I also made photos of the roe deer and hazel mouse. Now I’m happy to observe an auroch in our fields. Our places are unique and the local nature is amazing! Such photos confirm this perfectly.” 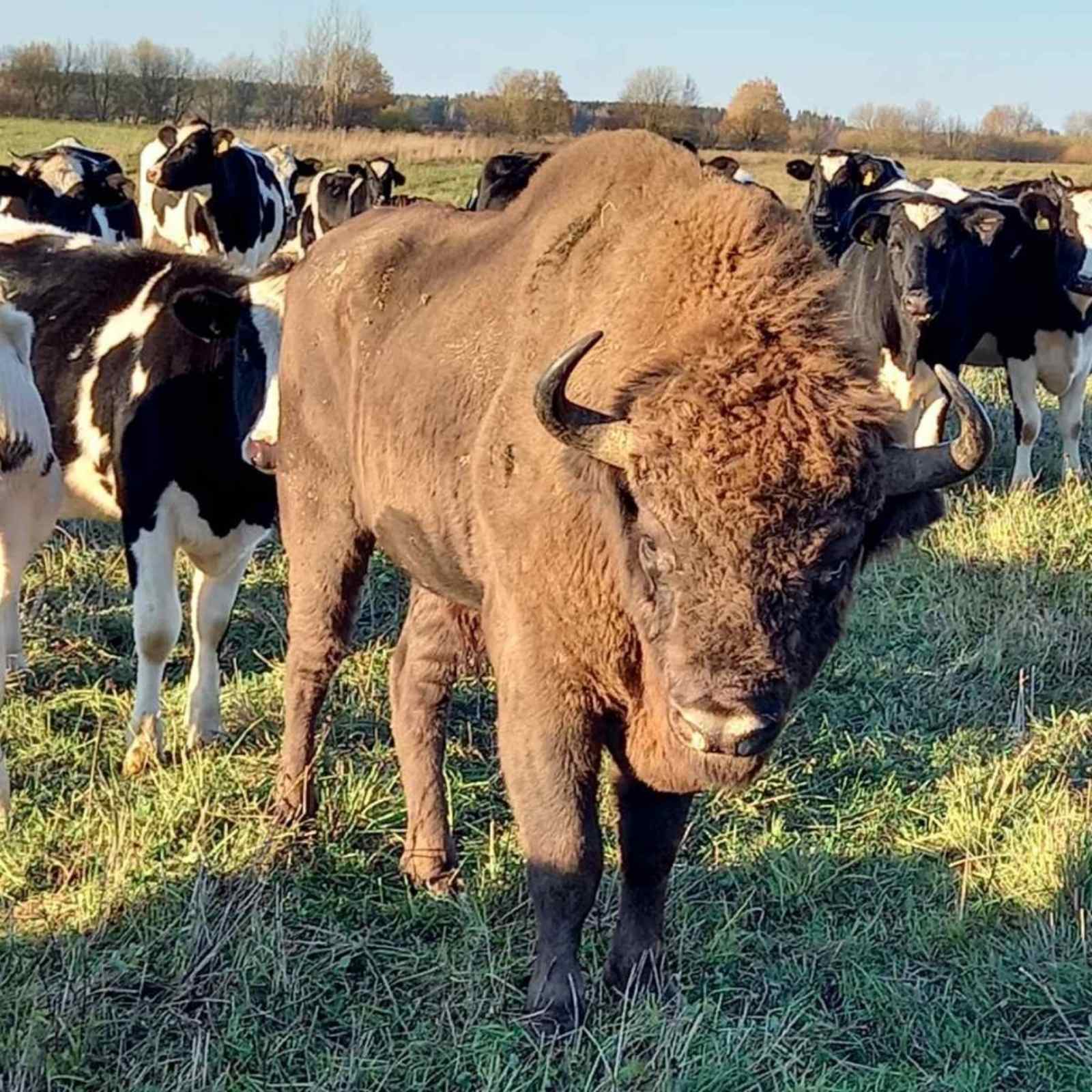