An increase in the number of visitors by about 40 percent: how the Berezinsky Biosphere Reserve lives in a pandemic

Over 85,000 hectares of amazing beauty in the centre of Belarus... The Berezinsky Biosphere Reserve is officially included in the international network of key botanical territories and territories important for birds. It is a member of the Wetland Link International. Moreover, the reserve also received a Wilderness Diploma from the PAN Parks Foundation for ensuring the guaranteed protection of over 27,000 hectares of unique forest resources. 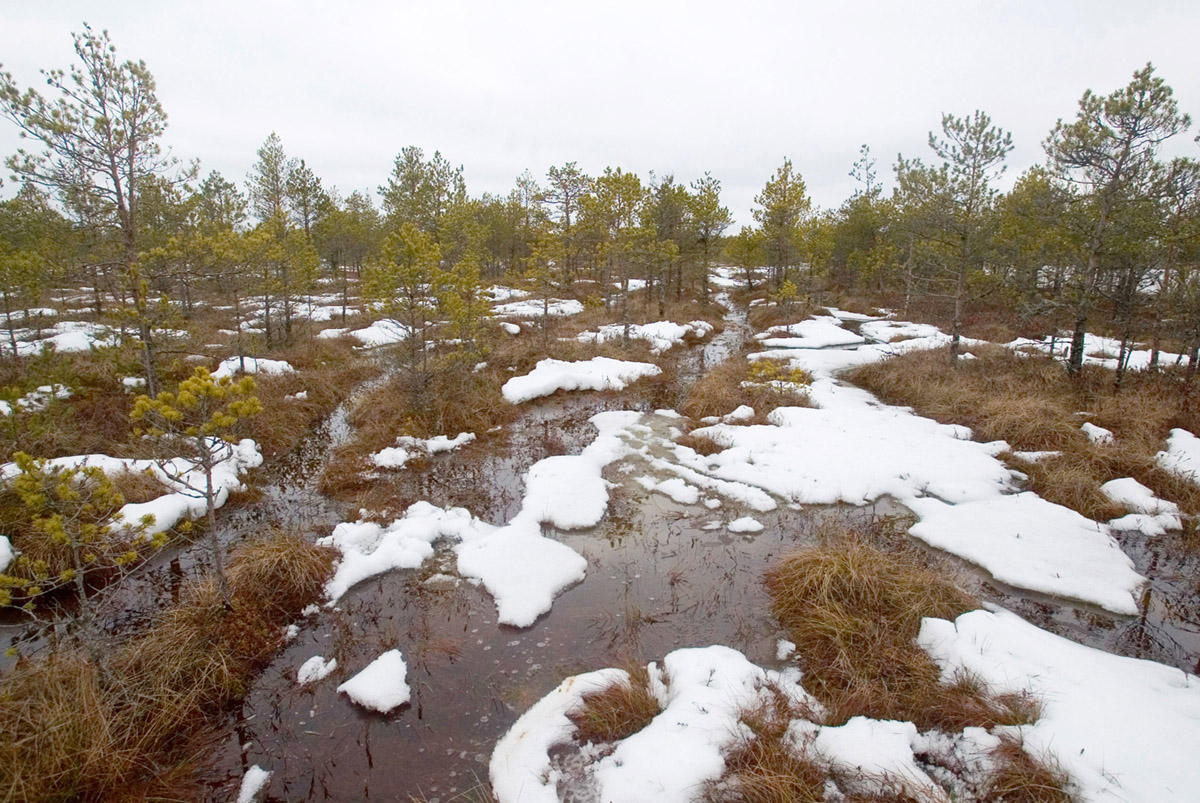 
Tourism with the prefix eco- 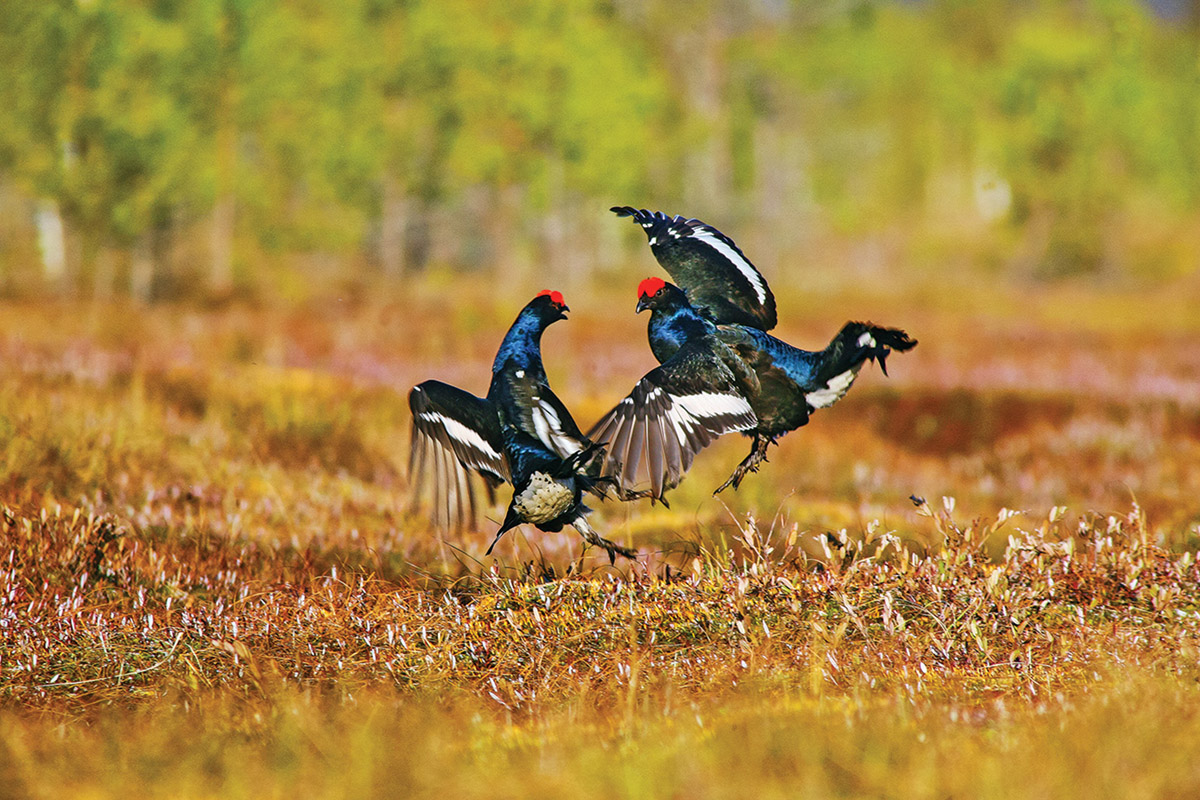 Black grouse
Photo: www.berezinsky.by
...Even the beginning of winter in Domzheritsy — the central estate of the Berezinsky Biosphere Reserve — is delightful. It’s impossible to say that there are not enough colours in the forest now. The blue sky with delicate feather-clouds, bright yellow rays of the sun on the shaggy-green needles and the red breasts of bullfinches on the branches of snow-white birches. Here you want to forget about your problems, breathe in the slightly frosty air and endlessly enjoy the silence — let the whole world wait...
“In the first months of widespread lockdowns, there was some confusion,” says the director of the reserve, Andrei Prokoshin. “And then we actively began to work out ideas aimed at popularising domestic family tourism. We created our own honey museum, began to offer self-isolation programmes: two-week visits with food. In this case, a 50 percent discount was made on accommodation while breakfasts, lunches and dinners were delivered directly to the room. 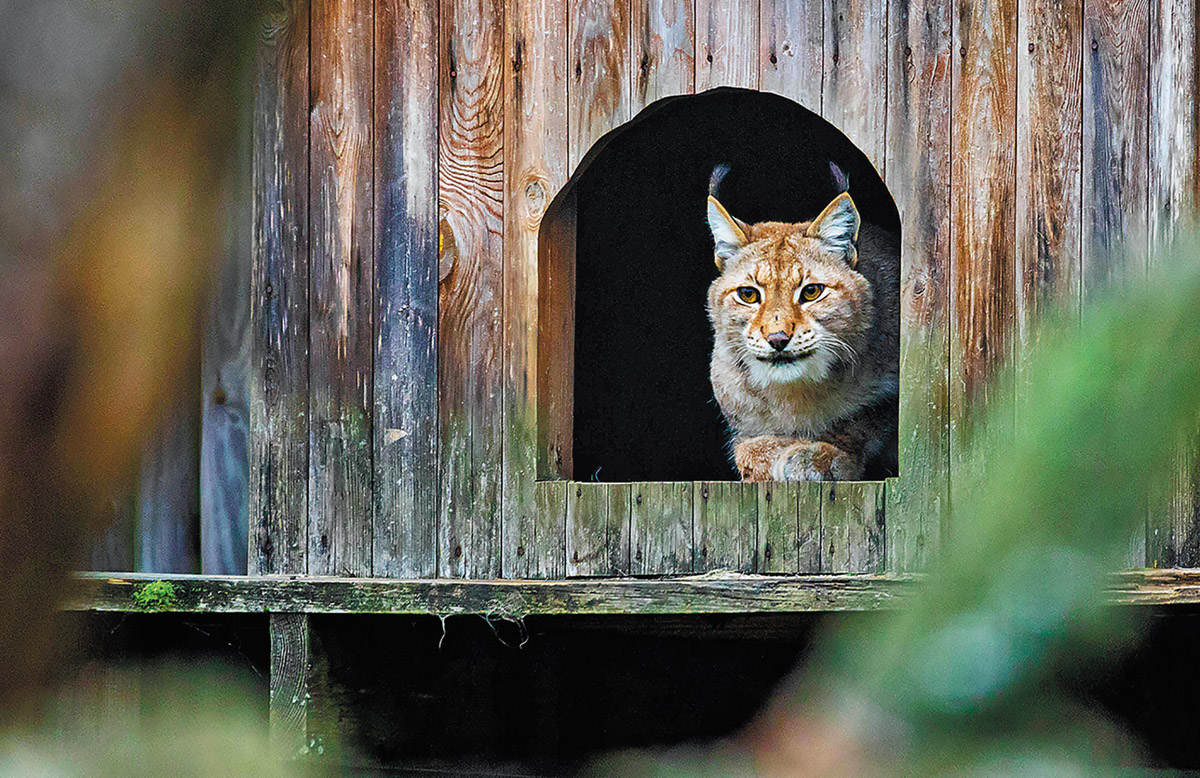 For almost two years now we have been observing the special popularity of our area. There are more and more people wishing to get to know the local sights better, plunging into the wild world of nature. Since the beginning of the year, over 50,000 people have already visited the Berezinsky Reserve. This is significantly more than last year’s figure, and growth is about 40 percent. In a word, ecological tourism is on trend.”
Of course, the number of foreign tourists has decreased, decreasing the exports of services. However, this is understandable during a pandemic with closed borders. Nevertheless, this year, dozens of Russian citizens, as well as Germans, Kazakhs, Dutch, French and even Brazilians, were welcomed here. 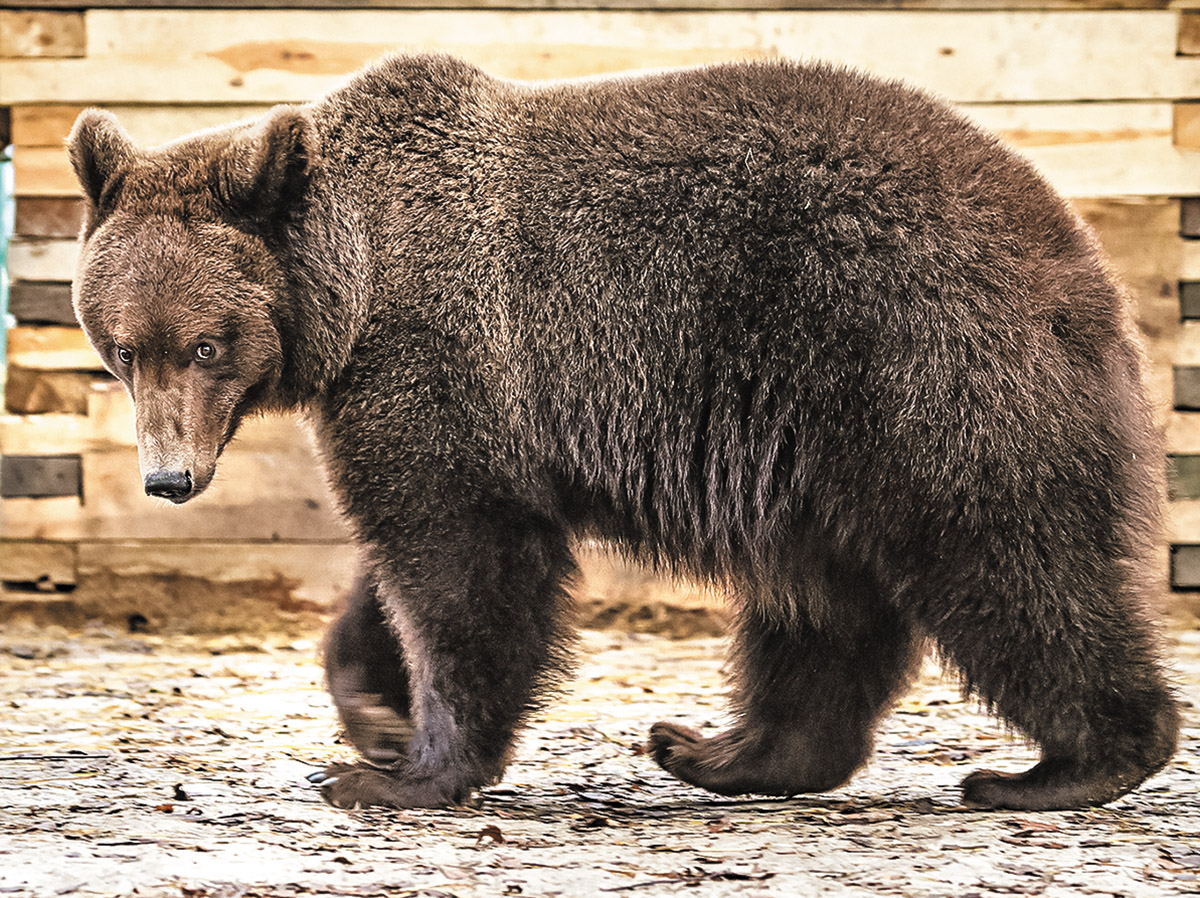 She-bear Vasilisa
Photo by Anton Stepanischev
The central estate plus three separate sites — in total, over 200 people can stay in the Berezinsky Biosphere Reserve.
Of course, there is also seasonality. Summer is a more convenient time for horseback riding, hiking and cycling along ecological paths, observing the life of wild animals and birds, alongside kayaking. In winter there are fewer tourists, yet the autumn-winter vacation has its own special feeling. In order to make it more interesting, dozens of new projects are being developed, aimed specifically at family and corporate arrivals.
For example, recently the guests gathered for a two-day festive tour Veles Night. The programme is closely related to the legends of the Belarusian land and folk traditions. It is believed that it is on Veles’ night that all wildlife falls asleep, the earth goes to rest, where it remains until the first spring thaw. Tourists made a trip to the land of myths, walked through the night forest, met with the god of fertility and witchcraft, sat by the fire on the bank of an ancient, raised bog, ate fish soup, drank tea and listened to a fascinating tale about Veles’ tragic love for the sorceress Yaguna. Then they warmed up in the restaurant of the hotel complex with festive food and an incendiary disco. At parting they made doll-charms against evil spirits with their own hands. 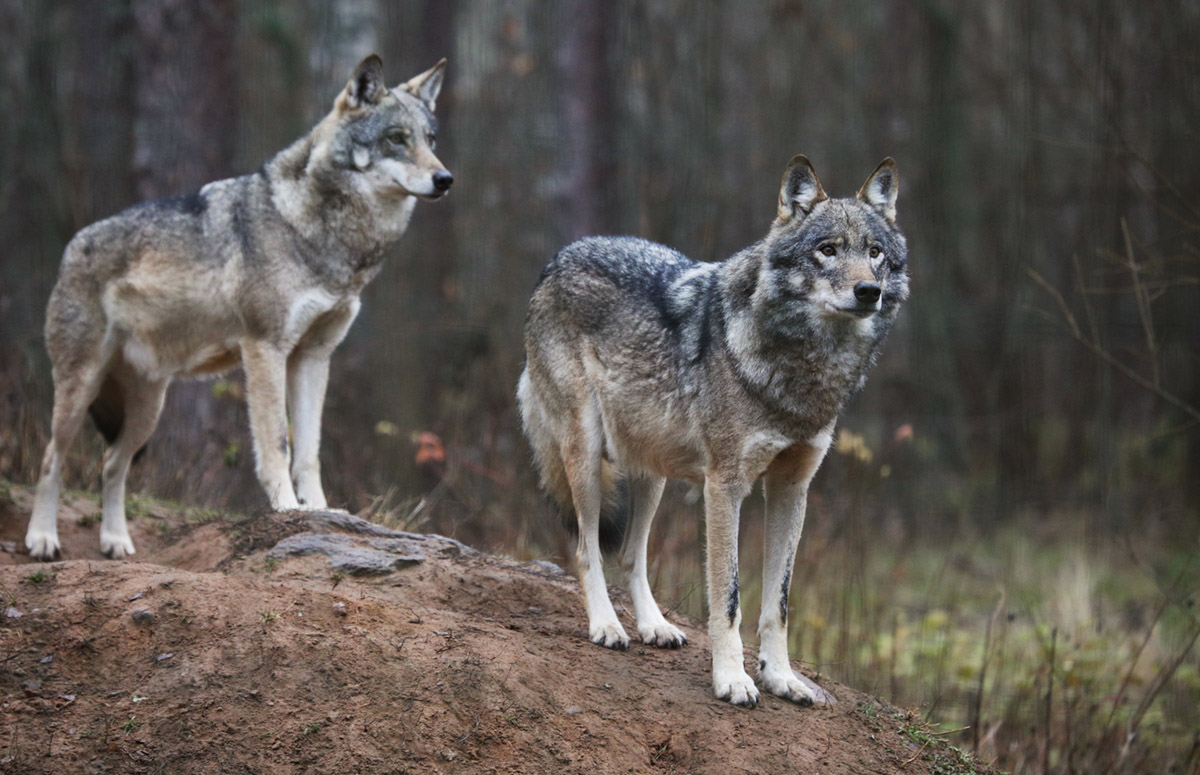 Common wolf
Photo by Anton Stepanischev
Income from tourism is a guaranteed opportunity to develop further, implement new projects, and improve the site.
The director tells us that the hotel complex in Plavno is now undergoing modernisation. It is planned to build two new houses next year at this small family-oriented holiday centre. Seven fisherman’s lodges will appear on Lake Bereshcha, where paid fishing will be developed. In addition, a small farmstead will be created in the centre of mythological tourism. Moreover, the documentation for the construction of the first camping site in the Nivki reserve is almost ready.
The solution is the construction of an electric charging station for electric vehicles.

Some of the projects of the Berezinsky Reserve may well claim the status of inventions, e.g., the project on beekeeping, which has no analogues in the country. A video camera will be installed in one of the hives created in the trunks of growing living trees, which will show everything that happens inside in real time: tourists will be able to observe different periods of bees’ life and their work in the honeycombs. 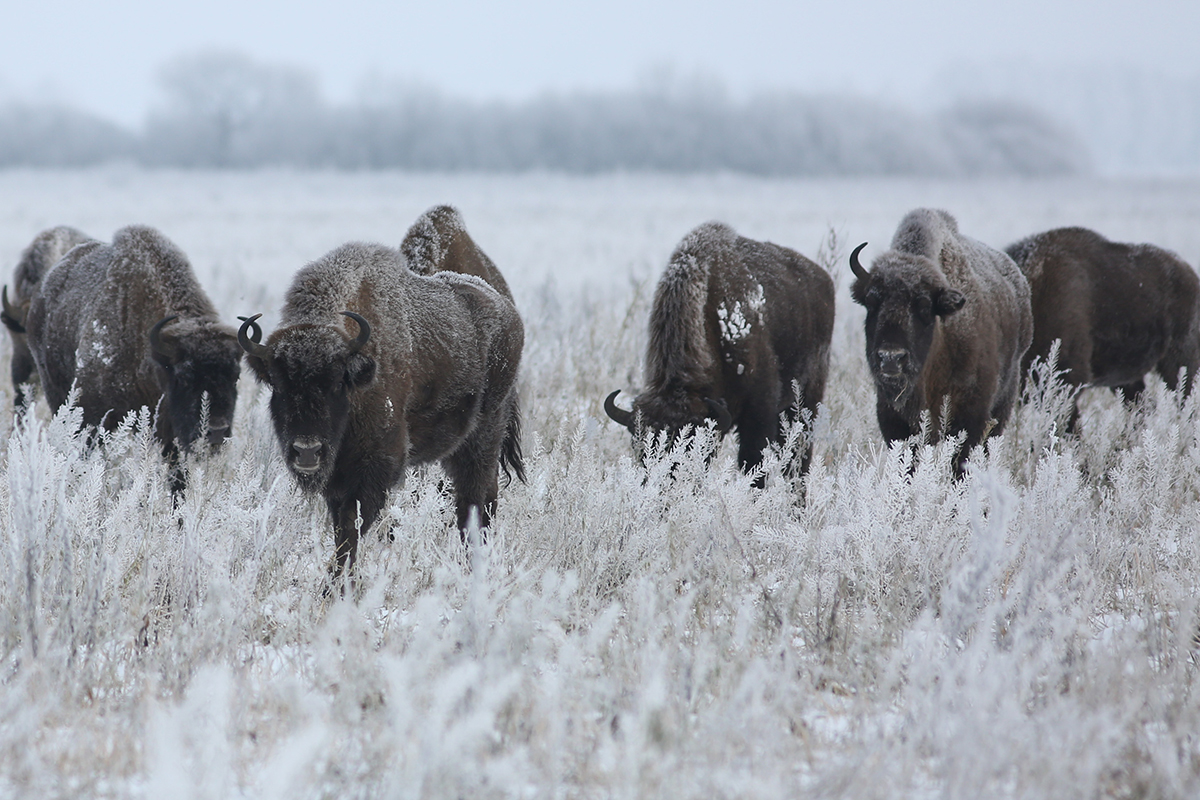 
It is also planned to build a ‘Home’ entertainment centre with a phyto-bar, featuring enlarged dwellings of various animals. Visitors will be able to go down, say, to the muskrat’s house, inspect the hornet’s mansions, and travel along the several hundred ‘floors’ of the anthill. All this will happen with the help of interactive technologies that create the illusion of reality. Cameras will be installed directly in the nests of birds.
A joint project with HTP will also be presented as an unusual computer game in the centre of mythology, enabling all those wishing to communicate with the Spirit of the Forest, Bolotnik, God Veles and other mythical characters using augmented and virtual reality methods. 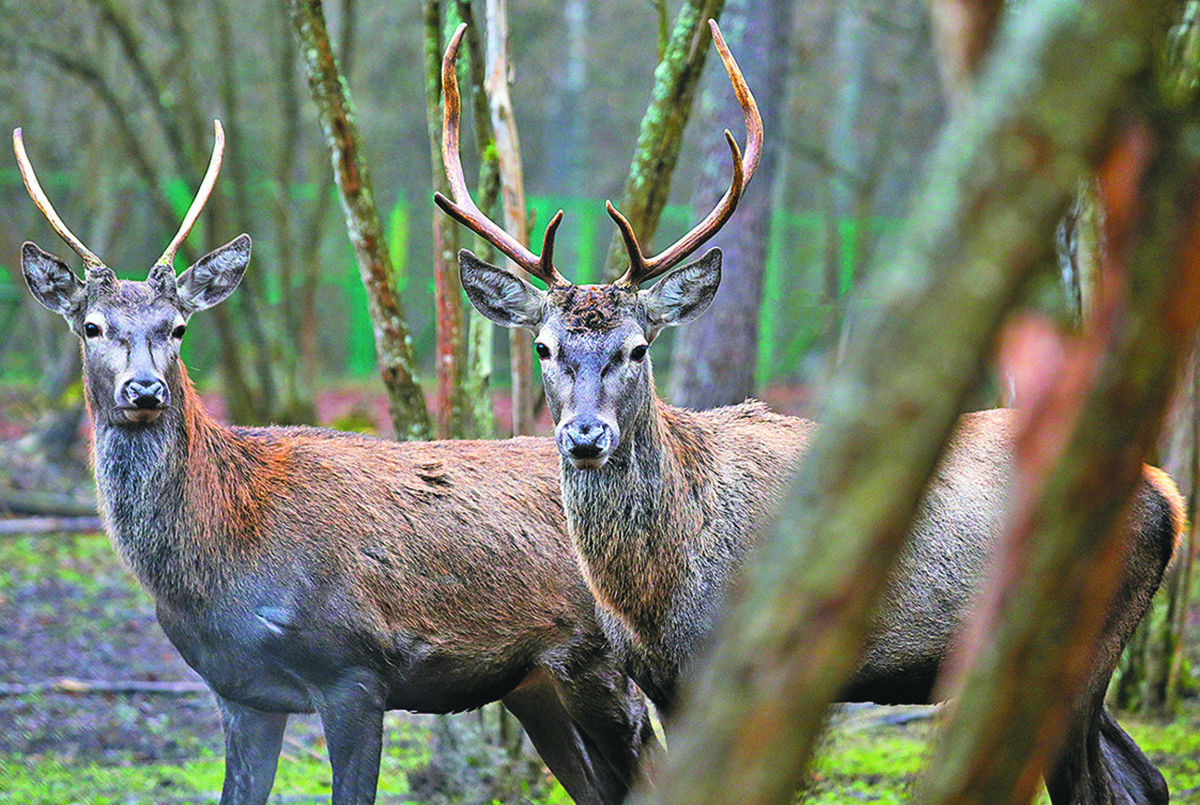 Noble deer
Photo by Anton Stepanischev
The natural reality is the local forest zoo. Many animals ended up here because they needed urgent help from specialists. The she-bear Vasilisa, the bison Valera and the lynx Rysya live here...
The forest zoo is slowly expanding and recently, a ‘branch’ was opened — the so-called contact home zoo.
No matter what interesting ideas the enthusiasts of the Berezinsky Biosphere Reserve may have worked out for information and educational purposes and to attract tourists, the ecological and scientific components of their work remain the main ones. 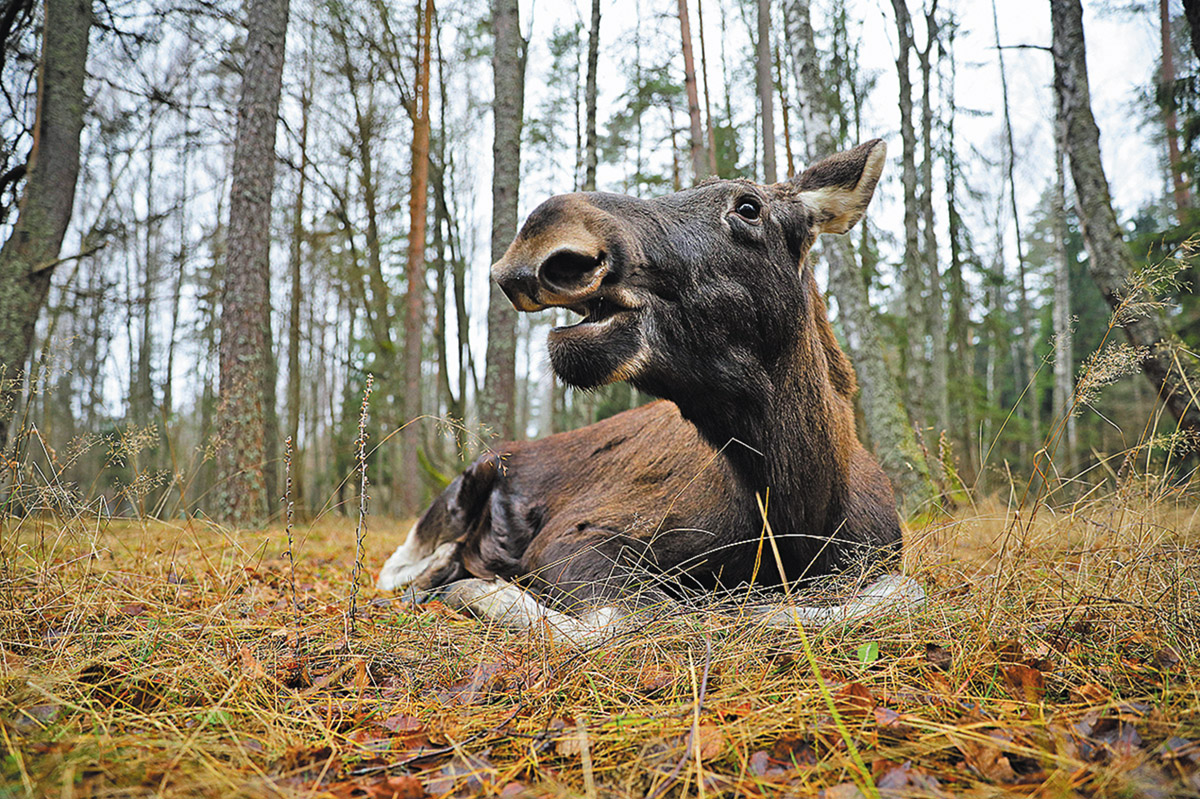 So, recently, the generally accepted official data on the number of brown bears in the Berezinsky Biosphere Reserve and on its adjacent territory have been disputed. Now scientists have proved that there are not 30 bears, but at least 84, including about 67 directly in the reserve. Such conclusions were made on the basis of a detailed study of bear tracks, data from camera traps, a survey of the population and employees of the institution.
Moreover, this year, scientists have found new species of rare plants in the reserve: long-leaved helleborine and bird’s foot sedge. A lesser shrew — a rodent unique for Belarus — was also discovered though taiga was considered its usual habitat.