This has not happened for a long time: waltz and tango, samba and rumba — already this Saturday twenty couples from different countries will be competing in the Sports Palace for the title of European champions under the programme of ten dances

“The decision that the European Championship will be held in Minsk was made only about a month ago,” says the Chairman of the Belarusian Dance Sport Alliance Anton Yuspa. “Initially, we applied to host the tournament in a different category, but due to the spread of the coronavirus, plans have changed. The European Youth Championship — for athletes 16-18 years old — was supposed to be held in Latvia, but since a lockdown was introduced there, our colleagues abandoned this idea. We offered to host the tournament in Minsk.” 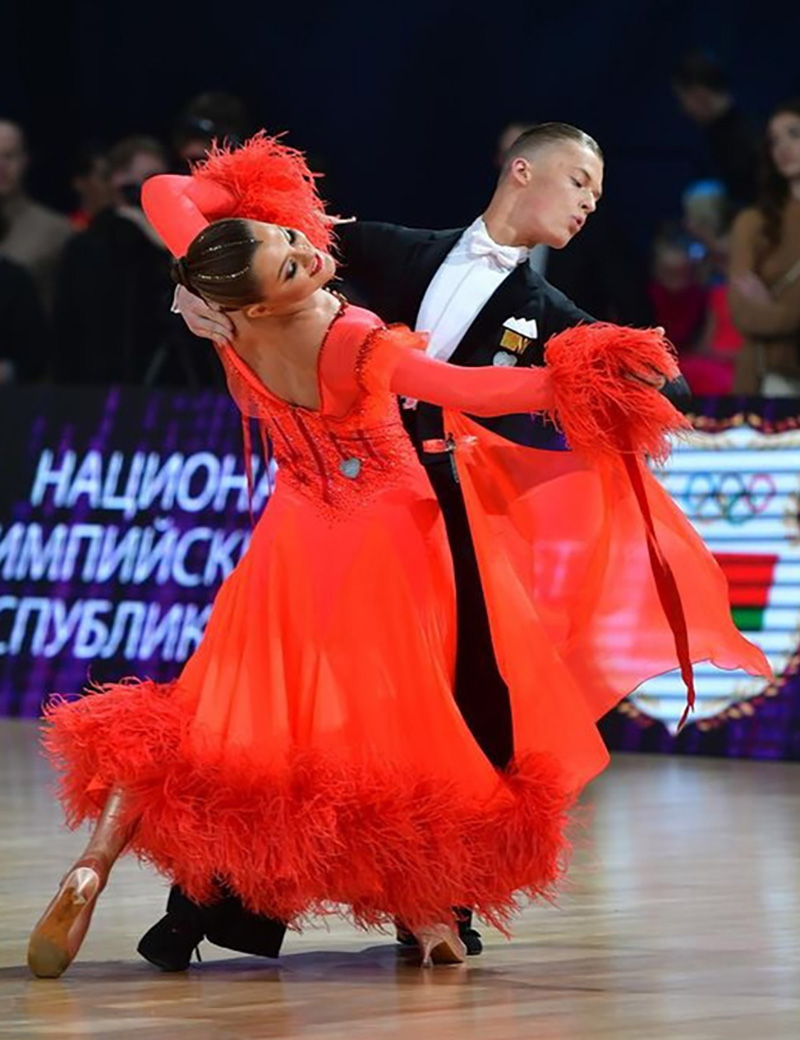 Twenty couples from Austria, Spain, the Czech Republic, Slovenia and other European countries have previously entered the competition. Mr. Yuspa explains that this is a lot, “The couples will perform in the so-called ‘double event’, which includes dances from Latin American and European programmes. This is a difficult event, not all athletes perform in it. There are couples who specialise only in the European or only in the Latin American programme. Here they will need to show everything. Among the participants will be a Belarusian duo: Maria Moiseeva and Nikita Buel. At the WDSF World Championship Ten Dance Youth, held in Romania a few weeks ago, our athletes reached the finals, finishing in sixth place. Our chances are great. All couples are preparing for the competitions, and I hope our guys will be able to achieve a good result.”
It is not easy to organise a tournament in such a short time, admits Mr. Yuspa. The biggest difficulty is that within a few weeks you need to come to an agreement with potential partners and sponsors, without whom it is unrealistic to hold a major event. There are also enough other issues: now the organisers are figuring out which routes the athletes and representatives of the judiciary are planning to use to get to Minsk, helping them with obtaining visas. Moreover, work is in full swing at the Sports Palace.
“Alongside the European Championship, we will also host the Alliance Trophy competitions. We are trying to do our best to make them reach the highest level. The Sports Palace is one of the best venues for such tournaments, boasting everything necessary for both athletes and spectators. Most of the decorations that are used during the competitions are now created using LED panels and lighting effects; nevertheless, we try to attract decorating partners so that the spectators who come to the competition could immediately immerse themselves in the atmosphere of the tournaments.”
The WDSF European Championship Ten Dance Youth will take place on December 4th, with tickets being already on sale.