In 2023, Belarus is taking over the presidency in the CSTO. At the plenary session of the CSTO Collective Security Council meeting in Yerevan, the President of Belarus, Aleksandr Lukashenko, spoke about the priorities of our country’s presidency in the organisation. CSTO Secretary General Stanislav Zas shared his opinion on which of them he considers the most important during his talk with ONT TV channel. 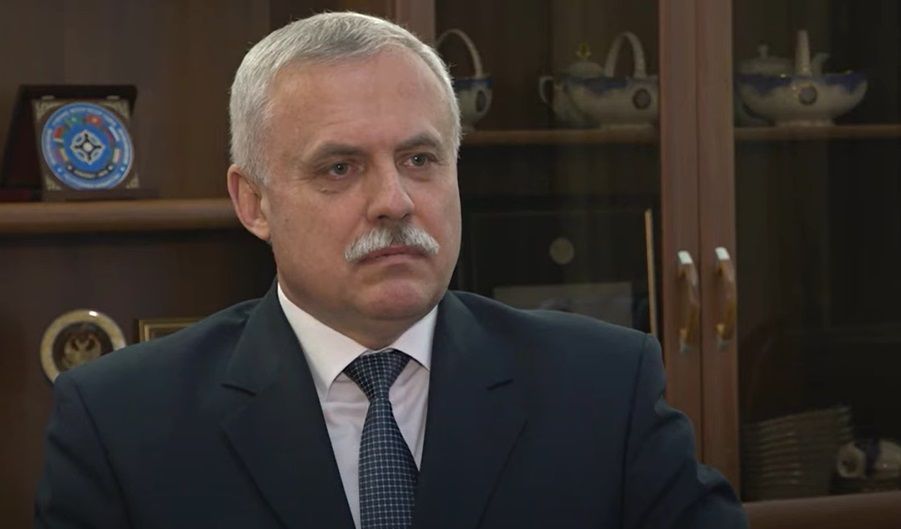 Aleksandr Lukashenko stressed that Belarus’ presidency is expected to proceed under the slogan Through Solidary and Co-operation towards Peace and Security. Among the priority areas of work, the Belarusian Head of State named the settlement of crisis situations and the prevention of further destabilisation in the CSTO area of responsibility.

“It seems to me that the task of resolving all existing conflicts in the CSTO area of responsibility is set as a priority in a very timely and adequate way,” said Stanislav Zas. “We should not say that the states themselves should take care of this. No, this is our common task: to achieve peace in the area of CSTO responsibility.”

An ONT journalist asked the CSTO Secretary General how he would respond to critics who claim that the region does not need the organisation.

“There is no doubt about whether the CSTO has a future,” Mr. Zas underlined. “Especially if we set such priorities for ourselves [to achieve peace] and work on them, then the organisation will certainly have prospects.”