The Belarusian diaspora visited a creative internship in Minsk

The creative internship for the leaders of amateur artistic groups and public organisations of the Belarusians abroad and foreign Belarusian amateur groups have already become a good tradition. These events have been held by the Centre of National Cultures since 2016 and are in great demand among representatives of the diaspora. From April 4th to 8th, Belarusians from abroad again arrived at their historical homeland to immerse themselves in their native culture. 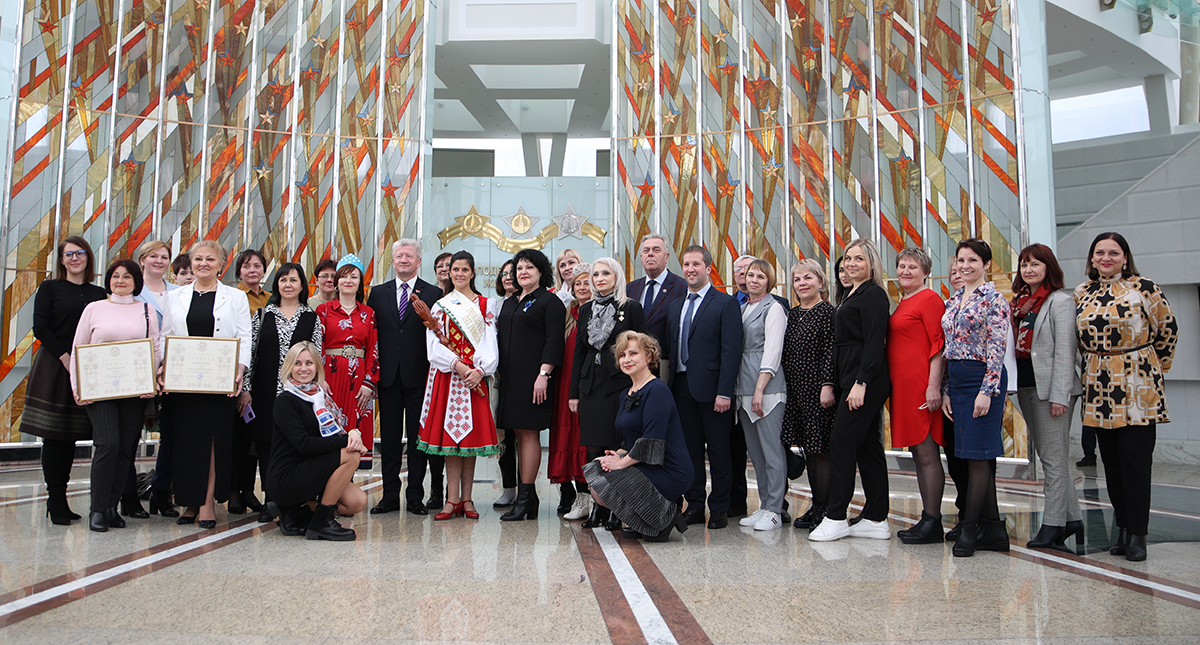 
Twenty eight active participants from Argentina, Armenia, Jordan, Latvia, Lithuania, Russia, Ukraine and Estonia came to Minsk to study Belarusian songs, dances, hold master classes in arts and crafts, to study Belarusian traditions and rituals in depth to further popularise their native culture abroad.
The internship for Belarusians abroad began with a meeting with Belarusian Culture Minister Anatoly Markevich, which took place in the Museum of History of the Great Patriotic War. 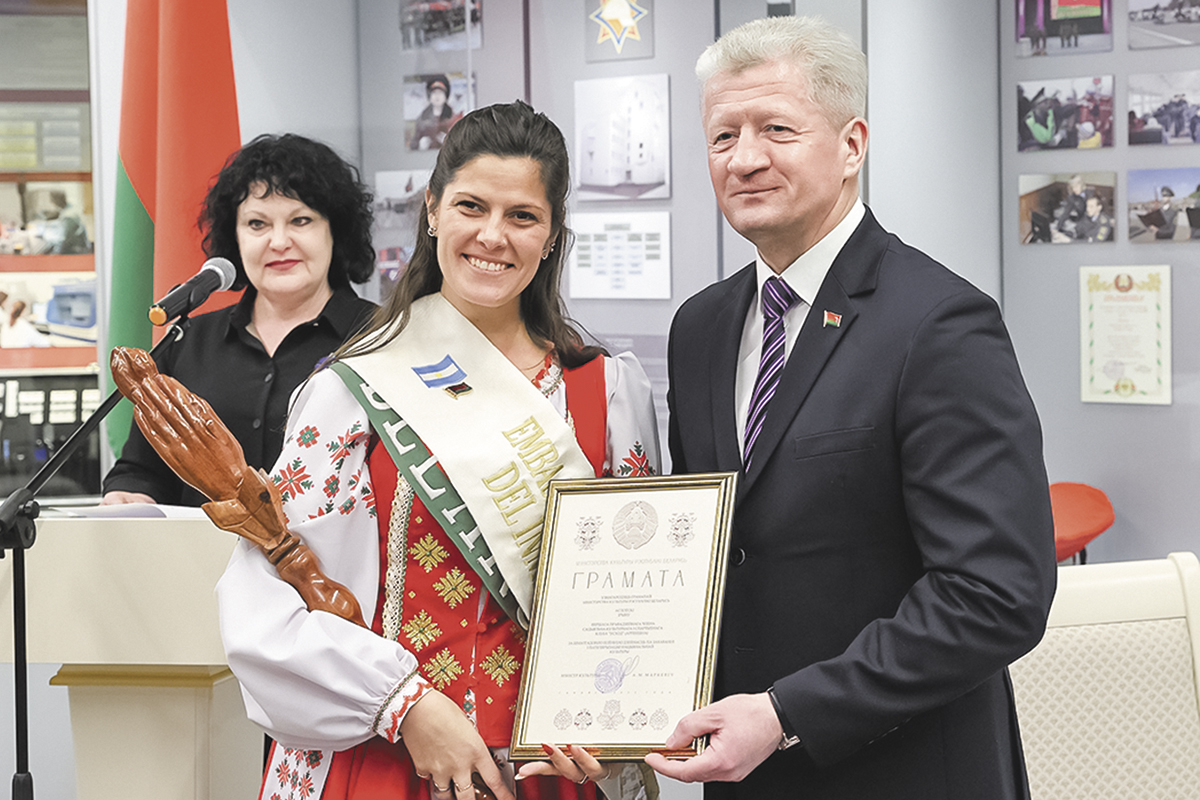 Photo by BELTA
While welcoming the guests, the Minister noted that such events have become an example of cultural diplomacy.
“Alas, today there is a lot of information that does not reflect reality. But when we meet in person, people can see and appreciate the life of Belarusians… Belarus is a land where people complement each other with their deeds and thoughts in peace and harmony, they honour the historical background of our country,” the Culture Minister emphasised.
During the meeting, the most active representatives of the Belarusian diaspora were awarded for many years of fruitful activity in preserving and popularising the Belarusian national culture.
Socio-cultural and sports club ‘Vostok’ was among the awardees. Representative of the group Irina Oslovski from Argentina says that her grandparents are emigrants from the Grodno Region. She has Belarusian, Russian and Ukrainian roots. However, it is the first time when Irina see the homeland of her ancestors, “From the age of four I have been doing Belarusian and Russian dances. I represent Belarusian culture not only in Argentina, but also in neighbouring countries. Belarusian culture influenced my character. I feel kinship with this land. I want to learn more about the culture of Belarus, dances and language. I would really like the Belarusian language to flourish in Argentina.” 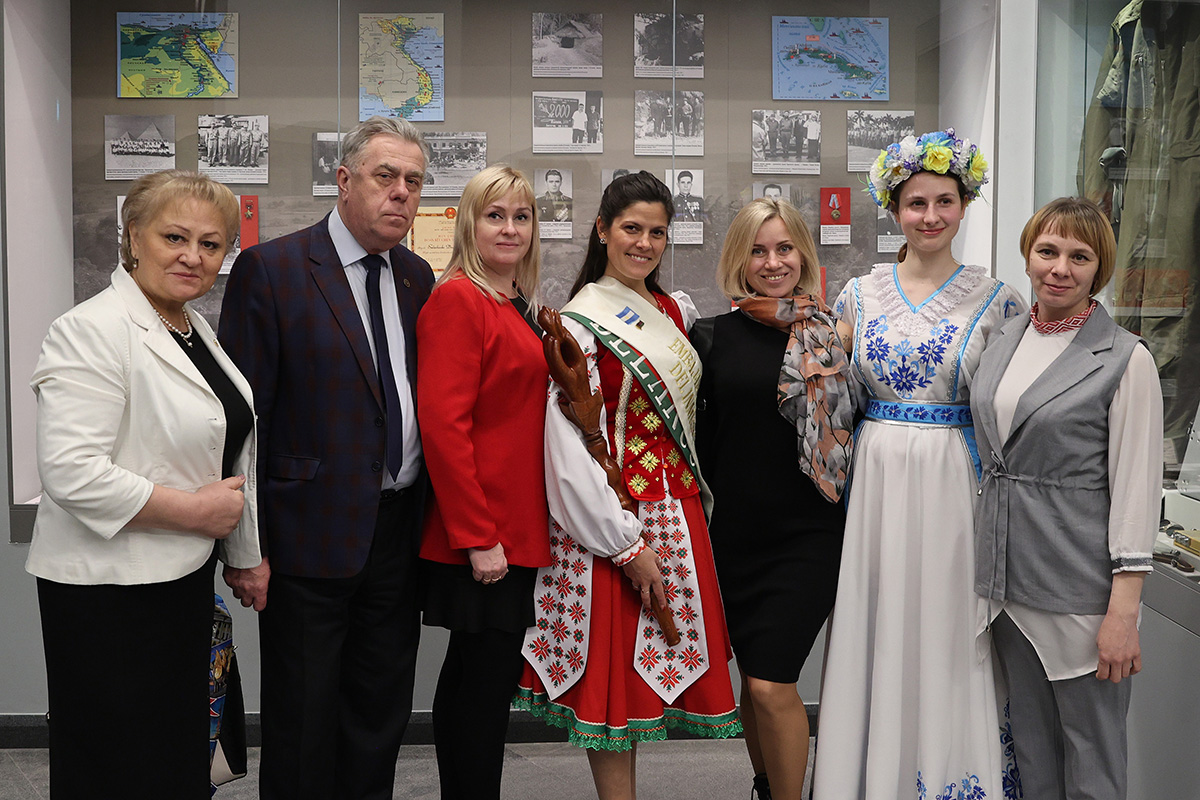 
The guests visited the Zhyvyja ramiostvy (Living crafts) exhibition of arts and crafts of the Belarusian Union of Artists, and took part in master classes. Classes in Belarusian vocals and choreography were held at the Belarusian State University of Culture and Arts. Then the internship participants visited the Gomel Region, the Vetka Museum of Old Believers and Belarusian Traditions named after F.G. Shklyarov, Stolbun village hall and Neglyubka village weaving centre. Participants learned about various types of folk art there.
A meeting with the Commissioner for Religious and Ethnic Affairs of Belarus Aleksandr Rumak was the final part of the internship. In addition, the participants made a joint painted Easter egg at the Centre of National Cultures on the eve of the Easter holiday. The national master of Belarus Olga Khachkova was responsible for the art activities.
Representatives of the diaspora unanimously say that they always try not to miss a great opportunity to visit their historical homeland.