Belarus knows the scope of the performing arts. The ancient Batleika and serf troupes have now been replaced by professional theatre groups. They got to keep the public happy both in Minsk and in the regions.

Ride Pegasus over the Neman River

The Grodno Regional Drama Theatre is not just a temple of muses, but a modern symbol of the city. The Art Nouveau building has been repeatedly recognised as one of the most distinguished in the USSR. 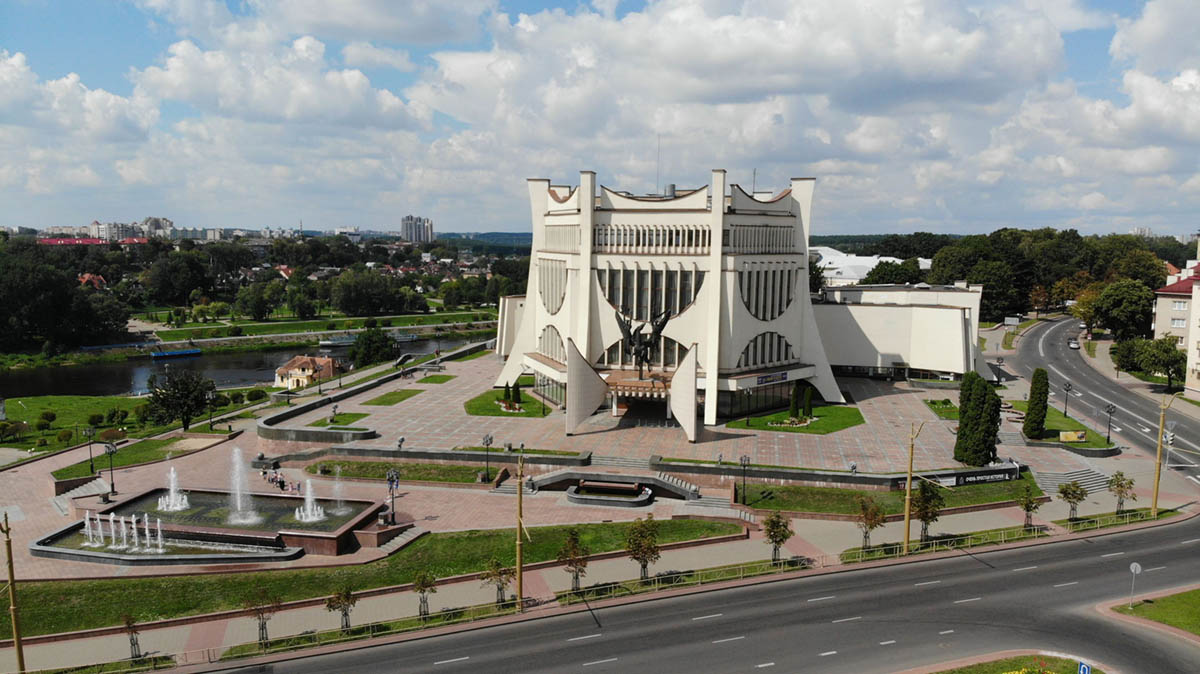 
That’s for sure! A sculpture of a winged Pegasus hovers near the intricate structure of brick and precast concrete, and the observation platform behind the theatre offer beautiful views of the Neman River. However, it is even more interesting inside the theatre. The system of consoles and the location of the lamps create a special atmosphere, the interior is made according to the ‘theatre within the theatre’ system. Viewers can see the busts of Molière, Shakespeare and Pushkin in the lobby.
This is the 75th anniversary season for the Grodno troupe. The repertoire includes Russian classics (Marriage by Gogol, A Profitable Position by Ostrovsky) and foreign comedies (Perfect Wedding by Robin Houdon, Boeing-Boeing by Marc Camoletti).

Yanka Kupala National Academic Theatre will hold its 102nd season in the heart of the Belarusian capital this year. However, not many people know that the airy, richly decorated building was built even earlier — in 1890 under the patronage of Prince Nikolai Trubetskoy. He then served as the Minsk governor and was an avid theatregoer. 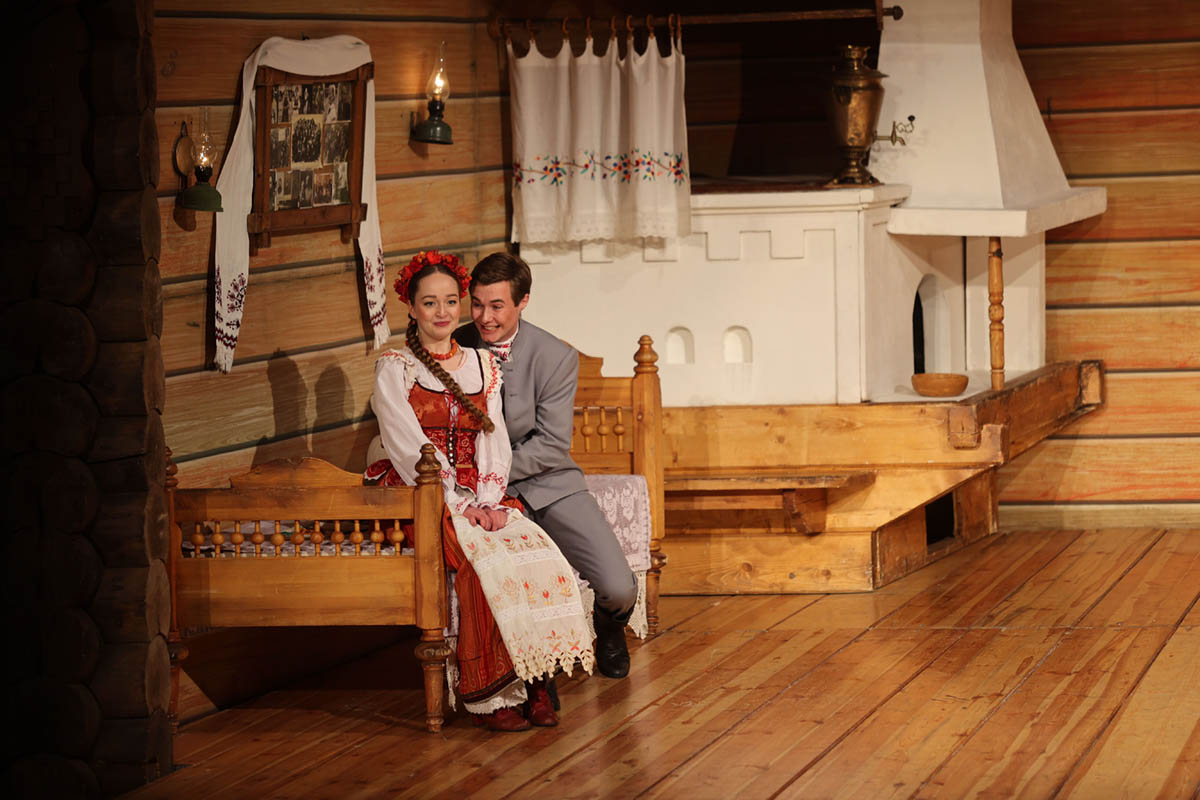 During the Great Patriotic War, it was in Yanka Kupala National Academic Theatre that they tried to liquidate the Gauleiter of Belarus Wilhelm Kube. It didn’t work out, and the building was severely damaged — it was returned to its original appearance only in the 21st century.
This theatre is the embodiment of the idea of a reverent attitude to the past. Paulinka is the hallmark of the legendary stage based on the eponymous play by Yanka Kupala. The sparkling comedy has opened every season for almost eighty years. In the hard times of 1944, it was staged in evacuation in Tomsk. The Siberian audience was delighted, even though the play was in Belarusian.


Sit in the imperial box in Mogilev

‘The absence of a theatre in Mogilev, an essential accessory of any provincial city, is keenly felt by all citizens’ — this was how the mayor’s address to the people began in 1886. He called for donations to construct the building. Landlords and usurers, employees and students, even the poor carried their money to the future temple of Melpomene. 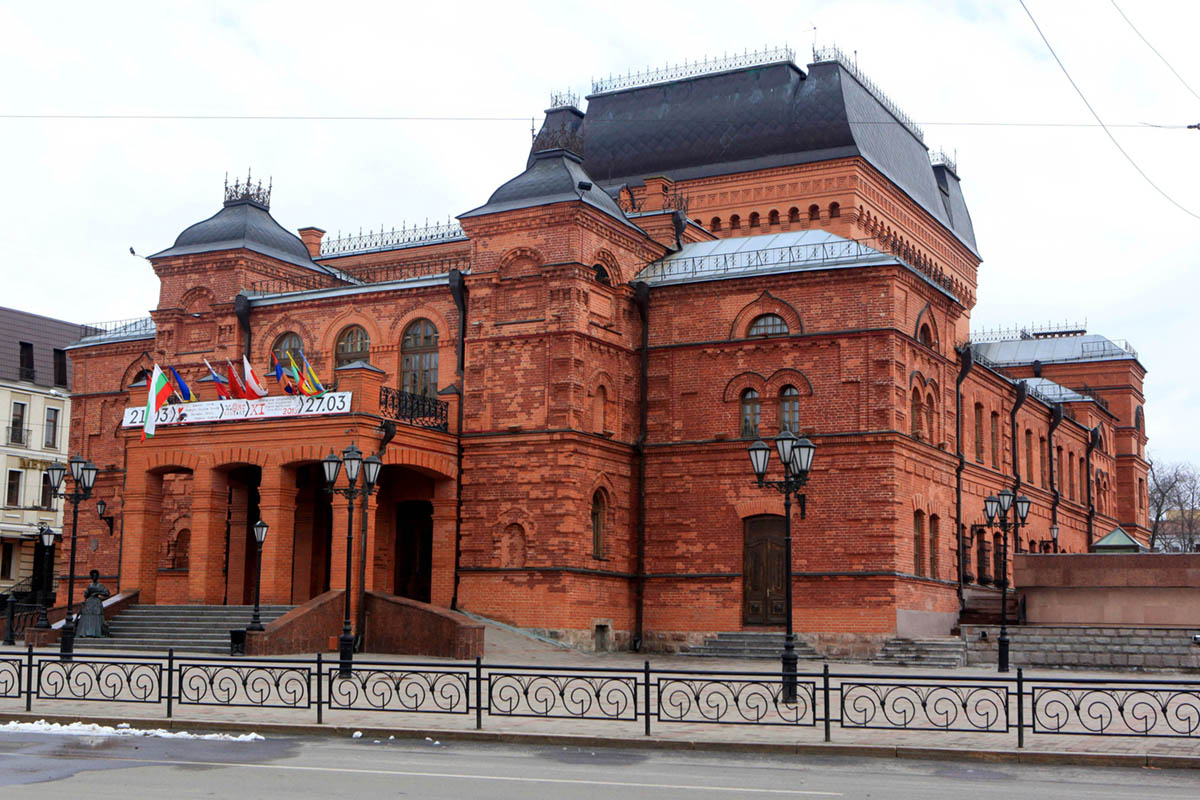 It wasn’t in vain. The Mogilev Regional Drama Theatre is considered one of the best in Europe in terms of acoustic quality. Special niches were built into the walls for the correct distribution of sound. The two-tonne chandelier with three hundred light bulbs is also impressive. The auditorium has a rich interior: balconies with wooden carvings, the lower boxes and the governor’s box. It was here that Nicholas II of Russia once watched performances with his family. And the scene here remembers Rachmaninoff’s playing and Chaliapin’s songs.
The modern troupe of the Mogilev Regional Drama Theatre consists of the greatest actors in Belarus. Every year, Mogilev welcomes theatre groups from all over the country at the ‘M@rt.contact’ festival.


Look into the eyes of Viy in Polessky Drama Theatre

With the advent of the cinematograph, many believed the theatre would soon die. Pinsk proved it wouldn’t: here the Polessky Drama Theatre occupies the building of a former cinema! The young team is considered one of the most hardworking in the country — premieres are released more often than in Minsk. At the same time, both local directors and invited ones work on the productions. 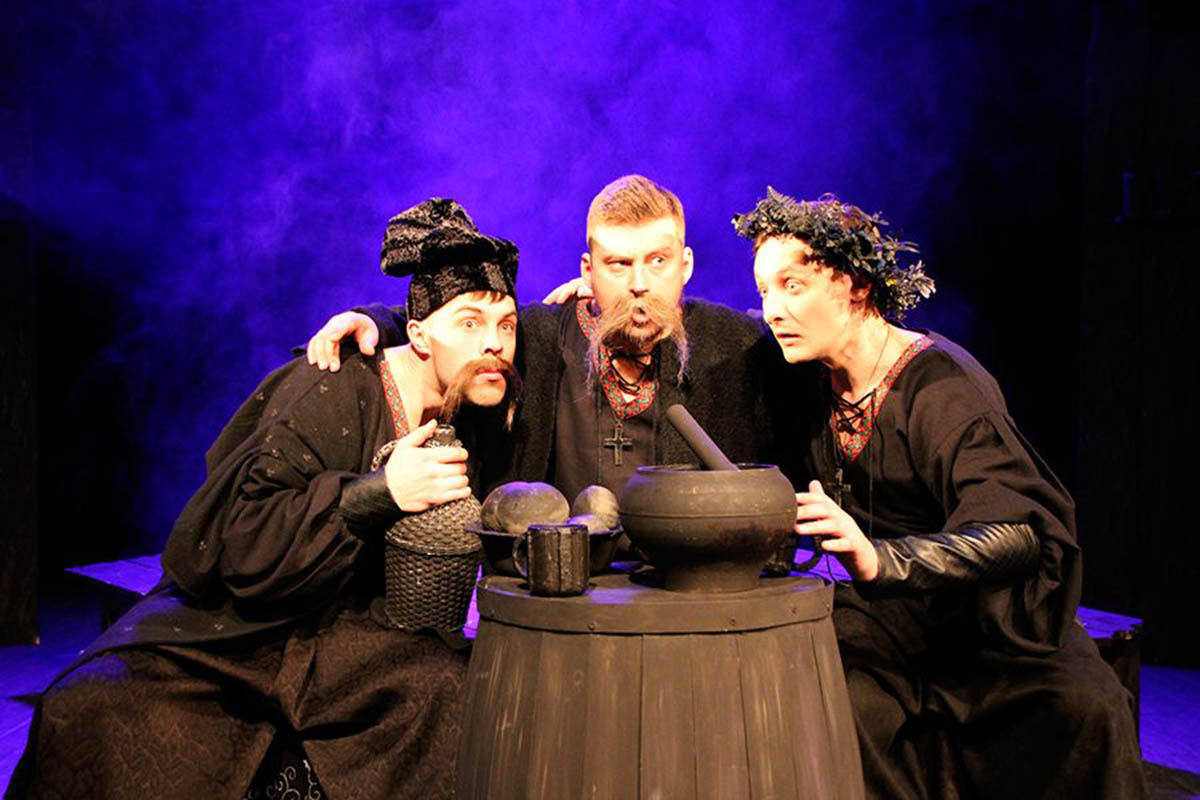 
The absolute hit of recent years is the Viy horror, which collected all kinds of theatrical awards and won the love of the viewer. What is the key to success? The Poleshuks were able to turn one of Gogol’s most enigmatic works into reality. It was made with the help of soulful songs, bright special effects and amazing acting. The outcome: it is definitely worth to visit Pinsk to see such a performance. 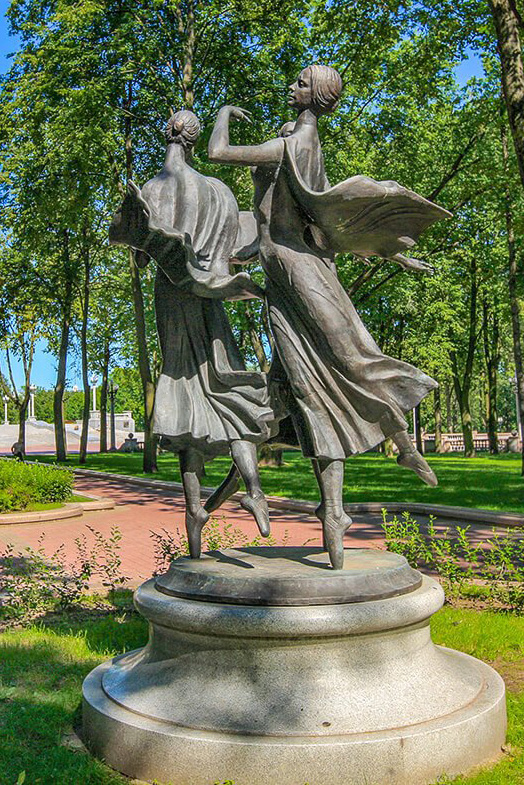 Ballet sculpture near the National Academic
Bolshoi Opera and Ballet Theatre
of the Republic of Belarus
Photo: www.planetabelarus.by

Return to the 30s at the Bolshoi

Minskers had to say goodbye to the famous Trinity market in order to build the National Academic Bolshoi Opera and Ballet Theatre of the Republic of Belarus at the beginning of the 20th century. The advantageous place on the mountain was taken away from the merchants and given to the people of art. It was made for a reason. Built in the spirit of constructivism during the interwar period, the theatre still looks modern and impressive in scope.
Today, the repertoire of the Bolshoi consists of masterpieces, which was staged in those early 30s of the last century, includes Carmen, Eugene Onegin, The Queen of Spades, The Tsar's Bride, Prince Igor, and, of course, Swan Lake and The Little Humpbacked Horse ballets. After the performances, the audience usually does not hurry home, but prefers to take a walk around the square around the theatre. There they can meet resting ballerinas: both bronze and real ones.