Inspired by their values

Russia and China signed multibillion-dollar contracts for the supply of energy resources, and Vladimir Putin and Xi Jinping made a very important statement on the international agenda. This statement will be analysed a lot more because it provides very serious ideas.

Foremost, Russia and China do not believe that the West represents the majority of humanity and has the moral right to impose its values, rules, and ideas about democracy on the rest. Russia and China have their own democratic traditions, which develop in accordance with national characteristics and interests.

The promotion of democracy in the Western way, in the format of ‘colour revolutions’ and other actions that undermine the stability and security of other states, will henceforth meet joint opposition from Russia and China, especially in neighbouring regions that are of the utmost importance for the security of both countries.
And this is no longer just a declaration. The events of 2020 in Belarus and 2022 in Kazakhstan clearly show that Russia and China will oppose any attempt to overthrow the state system or destabilise the situation in the union and neighbouring republics. 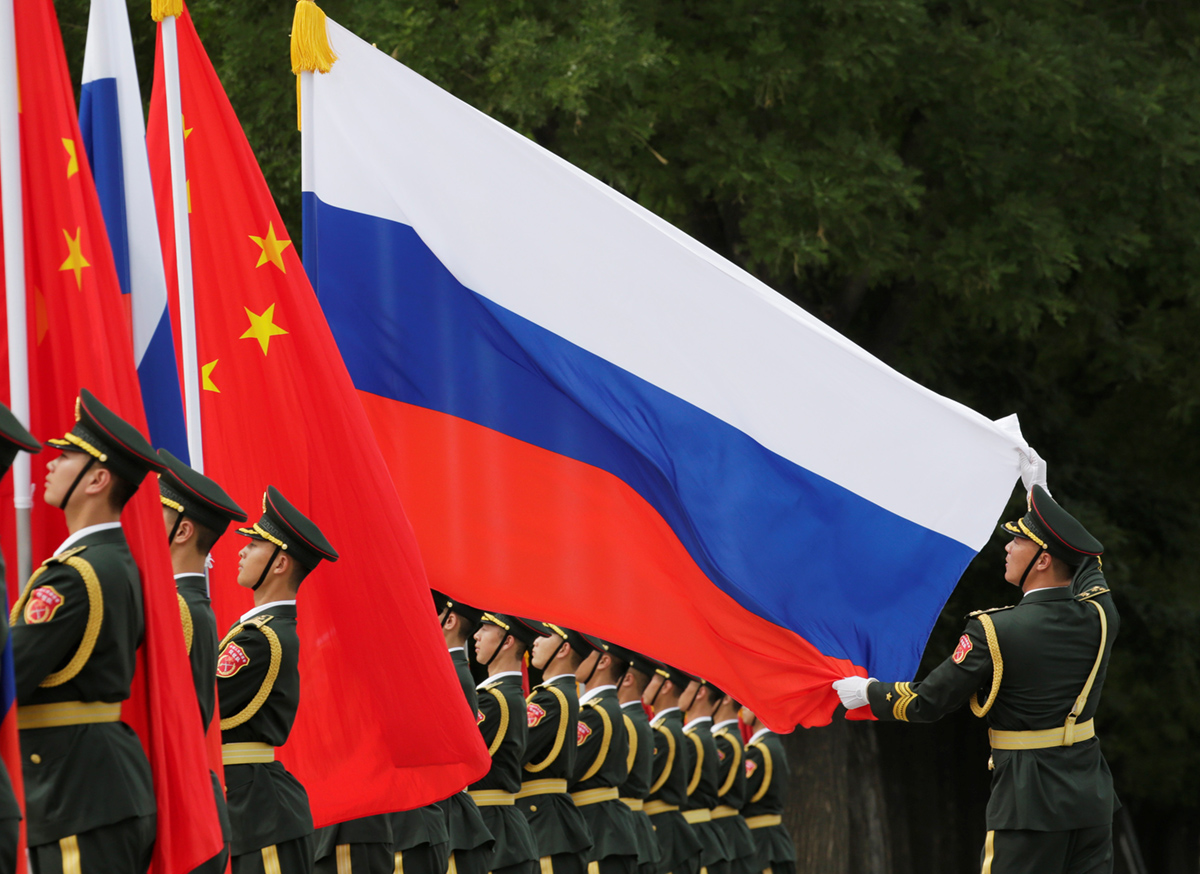 Analysts argue: is the current level of relations between Russia and China a real alliance, coalition, or is it a situational rapprochement caused by Western pressure on both powers? The answer won’t be easy.

The statement by the leaders of Russia and China is a serious claim of real commitment and practical implementation of the common approaches and principles of the two countries in international politics.

Certainly, this is happening in contrast to Western, especially American, attempts to maintain hegemony in the world, to prevent the rapprochement of those forces that consider this trend unfair and unsafe for themselves.
The statement itself says that relations between Russia and China are unlike any of the Cold War alliances, they have no borders and off-limits subjects. That is the case, and it is impossible to repeat some drafts from the past, now everything has changed.

But the mere mention of ‘limitless’ forms of co-operation and new types of relations between countries correlates with the words of the Belarusian leader Aleksandr Lukashenko concerning the fact that we are building a new type of alliance with Russia that does not repeat the mistakes of the USSR and the EU.

Indeed, in the modern world, it is better to avoid speculative declarations and ideological forms of co-operation, which, by the way, is exactly what Western politicians do when proclaiming another ‘forum of democracies’ as opposed to ‘autocrats’ or trying to put together new military-political blocs to restrain and resist aforementioned Beijing. Russia and China assess these actions as destructive, undermining the foundations of international security.

Will the further enhancement of co-operation between Russia and China affect our region? Undoubtedly. Because Belarus, in fact, is the gateway to Western Europe, one of the reference points of the Belt and Road Initiative for both countries.
Regarding our opponents, we begin to act together. For example, in contrast to the insane policy of the Lithuanian leadership, which managed to destroy normal relations not only with Belarus and Russia but also with China, for which, of course, they will be punished in economic terms. China just will not cooperate with Lithuania, enterprises, and companies located in this country.

Will a full-fledged Eastern bloc appear from Brest to Shanghai? There are certain signs that it is being formed, there are projects and initiatives that could unite this territory. Economic, political, and military-technical cooperation is gaining momentum. The current Shanghai Cooperation Organisation (SCO) format suits all parties so far and there is no need to formalise some kind of closer union.

However, this is only for now. We cannot rule out that the US and its allies would not continue their line of pressure on Russia and China, and this would force these countries to come even closer. Now it is important to do routine work, primarily in the economy and technology. This is evidenced by the plans of Russia and China to increase trade between the countries to $200 billion by 2024.

The influence and importance of the West will fall as economic and other ties in Eurasia intensify — this is a key task for the two powers.

The strategic goal is no more and no less than this: goods, technologies and finance must be produced and circulated within the framework that we define. This is necessary for a viable sovereignty and development prospects.

The Winter Olympics in Beijing — a major sports event — was widely discussed not only by sports commentators but also by political analysts. The flow of political news associated with the event at some point even surpassed the actual sports agenda. This is not surprising because on the eve of the Olympics, the United States tried to organise a boycott in order to spoil the event for China and prevent it from once again showing its success to the whole world.
On the other hand, at the same time, Russia and its top political leadership, arrived in Beijing as part of a representative delegation. Obviously, this was done not only in order to take part in the solemn opening ceremony of the Winter Olympic Games.

On US policy towards Russia and China
When Pompeo came here, I asked him a few questions in a row: ‘Why are you pushing a powerful nuclear country with a huge military potential and an economic powerhouse closer together and are trying to wage war against them? You’re never going to win. Why are you doing this?’
(From Aleksandr Lukashenko’s interview to VGTRK journalist Vladimir Soloviev, February 4th, 2022)