Lessons from the past and morality as the basis of Belarusian politics. What the President spoke about in the Minsk church. 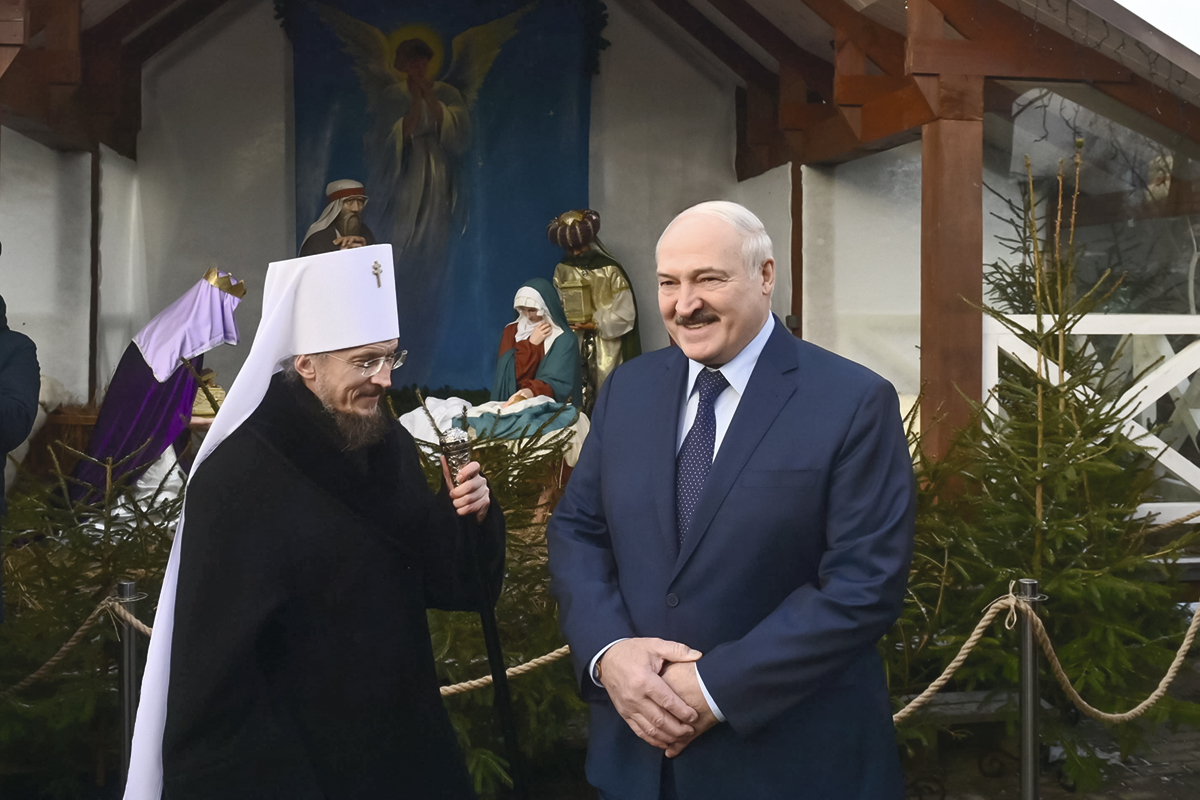 
On January 7th, Orthodox believers celebrated one of the main religious holidays — Christmas. According to a long and good tradition, the Head of State was with the parishioners on this day. The President lit a Christmas candle in the Church of the Venerable Optina Elders in Minsk and warmly congratulated everyone on the bright holiday. Aleksandr Lukashenko recalled the main values and moral guidelines,

“We must finally understand that life is not only about filling the stomach... There are some moral foundations. First of all, patriotism and love for our land, in the name of which we must live and educate our children. Let’s think about the kids. This is the main thing. This is the basis of our current policy.”

A journey of a thousand miles begins with a single step

The distinguished guest was met in the church by the Metropolitan of Minsk and Zaslavl, Patriarchal Exarch of All Belarus Veniamin, as well as the pupils of the Sunday school of the parish. The President presented Christmas gifts to the children. Then, along with his youngest son Nikolai, according to tradition, he lit a Christmas candle and, of course, talked with people who came to the festive service,

“I really cherish visiting these small wooden, very soulful temples of ours. Here, it seems to me, is the whole truth of the Belarusian people.”

The conversation was, however, not only about the spiritual. Aleksandr Lukashenko considered it necessary to speak out, as they say, on the most burning issues. He spoke openly about painful things, about what worries him. Moreover, he especially noted that one must not lie in the church, “If there is nothing to say, then there is no need to say. Therefore, I adhere to the practice that here it is necessary to speak sincerely, from the heart and only the truth.”
And, of course, there was a lot to say. We have lived through another difficult year. According to Aleksandr Lukashenko,
it was better for Belarus than 2020, but just as insightful,

“It was a lesson for us. We had time to analyse everything we did...”

The Head of State admitted that lately he has arrived at the idea that ‘this was the warning from the Lord’, “That we do not live quite right, that we did and do not quite rightly. Not just the President, the authorities in general, but we as a people. Therefore, He warned us that if we continue to live like this, we will face very big problems.”
One of these problems named by Aleksandr Lukashenko, which we are already dealing with, is the pandemic, “Time passed, and you and I made certain conclusions, and not only us. Now everyone has followed our example... Of course, we are not so rich. We do not have the resources that certain countries have.

But even our ‘non-believers’ say that the country did the impossible. Everything in the world has collapsed, but Belarus is holding on. It holds on because we held on both in 2020 and 2021. And, probably, He [the Lord] helped us in this. A journey of a thousand miles begins with a single step. This was the characteristic of the last year. We have overcome all adversity.”

Preserve our sovereignty and independence

Today, many countries are faced with terrible challenges and threats, so it is no coincidence that the President spoke a lot about geopolitics in his speech. Including the situation in Kazakhstan.
Aleksandr Lukashenko warns that this year the world will change dramatically,

“The world will change in terms of uniting peoples and states. It will not just be difficult for states like us to survive alone — it will be impossible. Therefore, I took a tougher course to preserve our sovereignty and independence.

For us to be a state, but in close connection with our closest friends and brothers. Who are they? This is Russia. This is Kazakhstan. This is Ukraine. It doesn’t matter what is happening there today. The people there are destitute to the extreme. It cannot go on that long. And we need to do everything to return Ukraine to the bosom of our true faith.”
According to Aleksandr Lukashenko, a split has occurred in Ukraine even in religious directions, which will be very difficult to overcome, “This is what they wanted to present to us in 2020 — autocephaly, a split in our church, and so on. We avoided that. And I don’t want this to happen again.”