Aleksandr Lukashenko has been interviewed by VGTRK (All-Russia State Television and Radio Broadcasting Company) journalist Vladimir Soloviev today. Their conversation lasted 1 hour and 50 minutes, and then the sides talked without cameras for another half an hour. 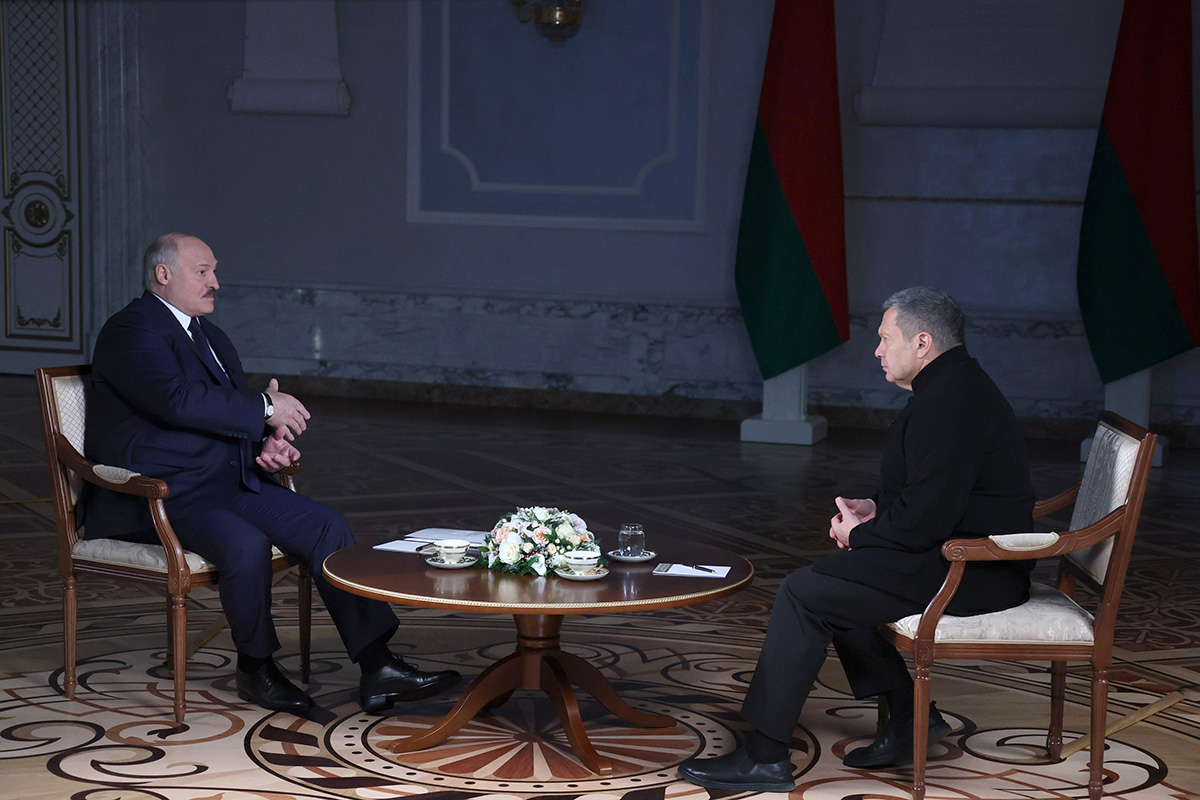 The guest was also given a short tour around the Palace of Independence, and the journalist showed a particular interest in the assault rifle that the Belarusian leader kept in hands when appearing near the Palace in August 2020. Mr. Soloviev also spoke with the Belarusian media representatives and shared his impressions of the conversation with the President.

As he noted, some of the questions were quite tough. However, ‘a journalist is not a prosecutor’, he added. “It is very important to ensure the audience sees and hears. Therefore, I asked all possible questions – including regarding the excessive use of force, why it happened so then, and who turned out to be against… It is necessary to create an atmosphere and arouse the emotions that would be seen in answers only to the person who asks these questions. It seems to me that something has been voiced today which was previously never shared regarding many issues.”

Mr. Soloviev added that American and British journalists, for example, have a super task: to condemn and, within the framework of a certain politicised goal, to fit questions and answers. “Or either you go [for an interview] to hear and understand the motivation. I was mostly interested to hear the President's motivation, his understanding of the situation,” he explained.

Speaking of how attitude towards the President of Belarus has changed after 2020, the journalist stressed, “For me, the attitude towards Lukashenko changed at the moment when it became clear that he is ready to die for what he believes in. That moment with an assault rifle was a turning point for me. I then said: he is not Yanukovych. This is a very important moment!.. It is not enough to simply take a rifle. It is necessary to take it and be surrounded by people who understand that you will go with them.”

As for his impressions of the interview in general, Mr. Soloviev admitted, “It is possible to talk up to ten hours with such an epoch-making person. That is why I had to limit the topics, and I am dissatisfied in this regard. Meanwhile, I am very happy with the interview itself! It was obvious that the talk was interesting not only to me.”