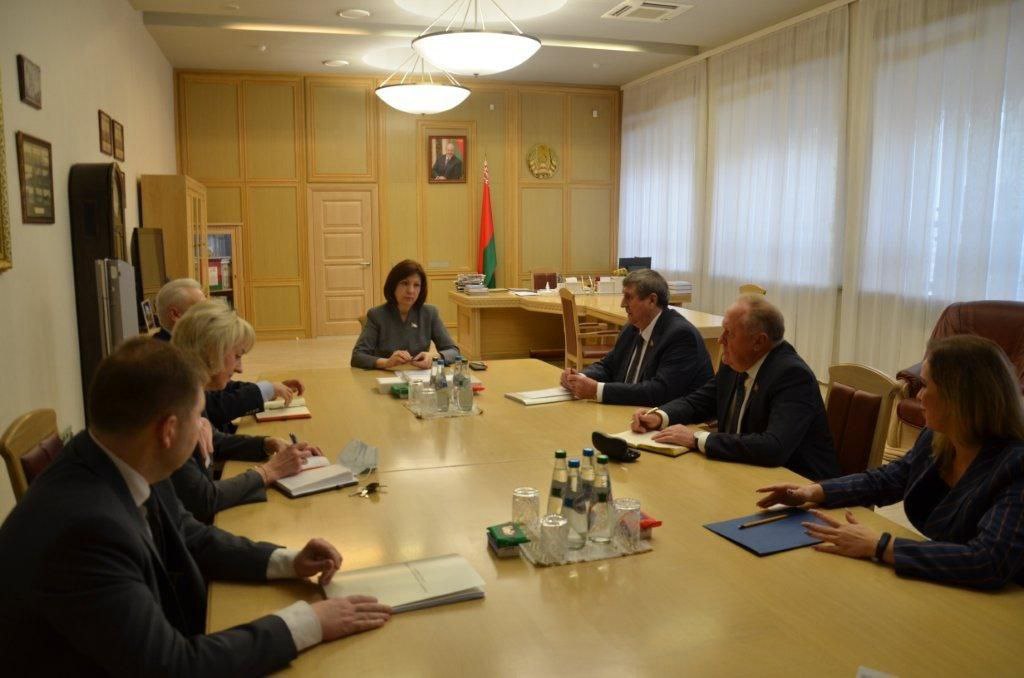 Photo by Council of the Republic’s press service

It was emphasised at the meeting that many diverse fakes and rumours circulate, though they have nothing in common with the reality. According to the Council of the Republic’s press service, migrants aim not to settle in Belarus – and this fact has been repeatedly stressed by President Lukashenko. These people are fleeing war, poverty, hunger and diseases that have overwhelmed their countries. For migrants, the territory of Belarus is a way to the European Union, to a better life – as they believe.

Concern was expressed about the behaviour of the Polish authorities who demonstrate discrimination against migrants, use tear gas and other special means, intimidate with weapons and dogs. Migrants spent last night in unbearable conditions: flashes of bright spotlights and loud noises from the Polish side deprived people of peace and any opportunity to rest.

At the moment, according to preliminary data, there are about 500 children at the Polish border. They are limited in basic goods — such as drinking water and food. Taking into account the changed weather conditions, there is a real threat not only to their health, but also to their lives.

The meeting participants also expressed indignation about ignoring of the situation by the European Union which traditionally positions itself as the main conductor of human rights and a fighter for liberal values. At the same time, there are no objective comments on behalf of the European Union on the current situation.

Natalya Kochanova, the Chairperson of the Council of the Republic, noted, “Belarusians know the value of peace and security like no one else. The territory of our country was repeatedly a scene of armed clashes unleashed not by us and not through our fault. We are therefore always acutely concerned about injustice, indifference to human misfortune and trampling on everything that is called humanity. We cannot remain silent and stay on the side-lines. After all, unfortunately, ordinary people really suffer as a result of such policy.”

A delegation of the Council of the Republic and the primary organisation of the Belarusian Women’s Union will go later today to the border territory to study the situation and provide humanitarian assistance if necessary. Appropriate measures will then be developed and taken.